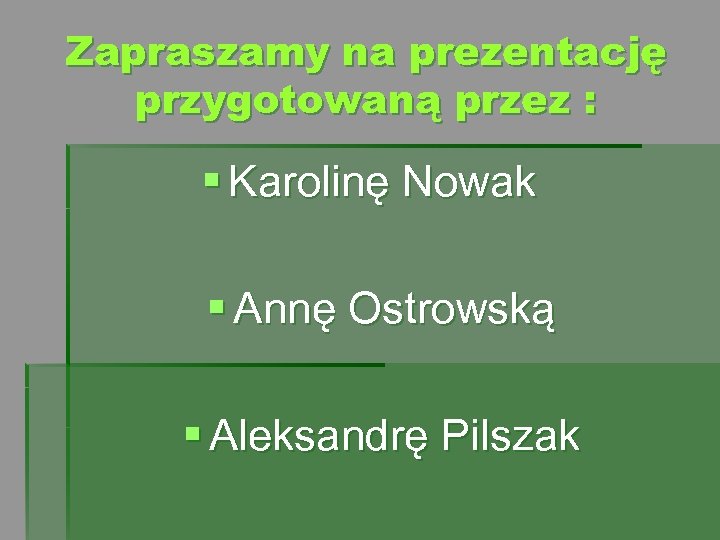 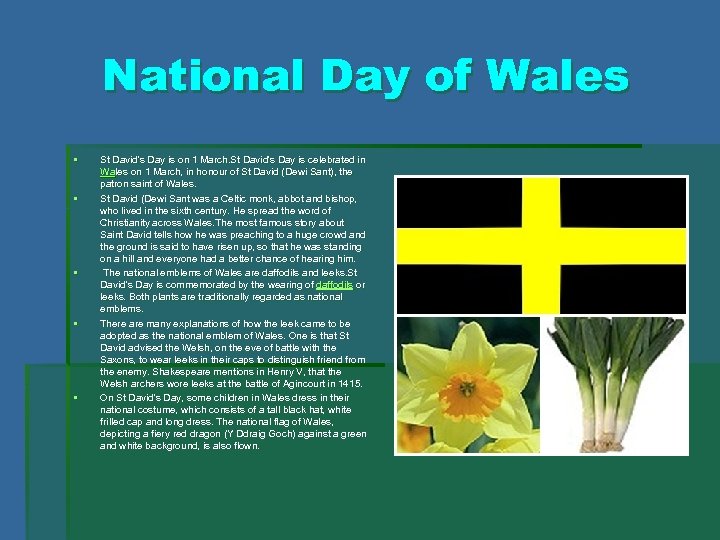 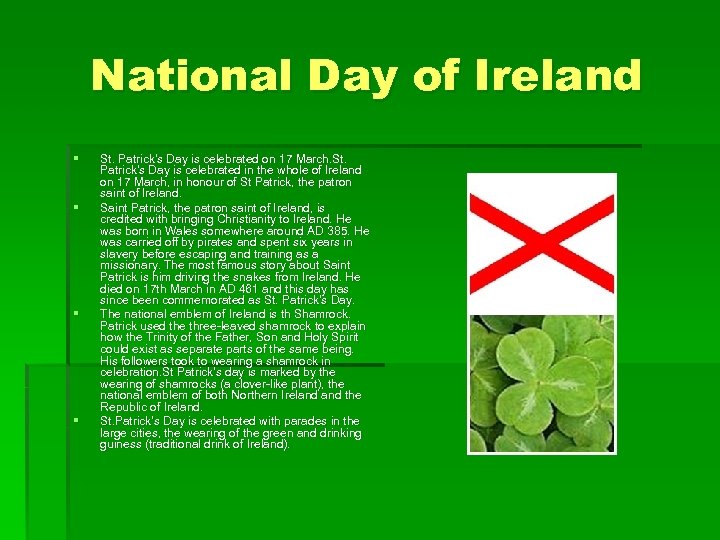 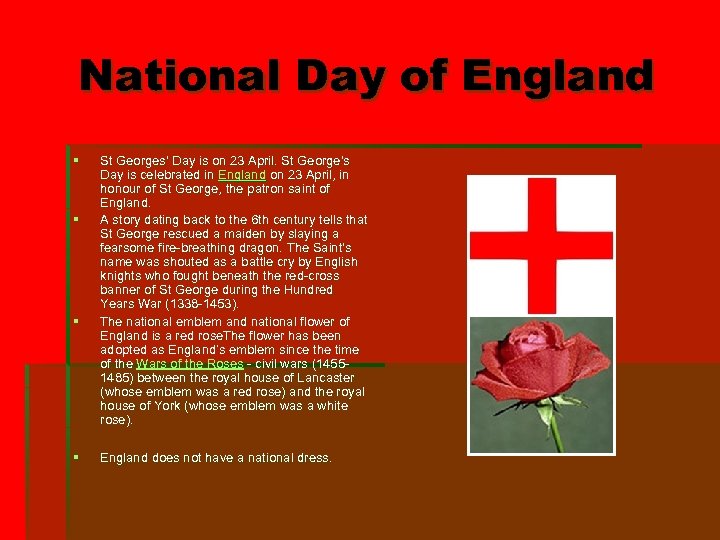 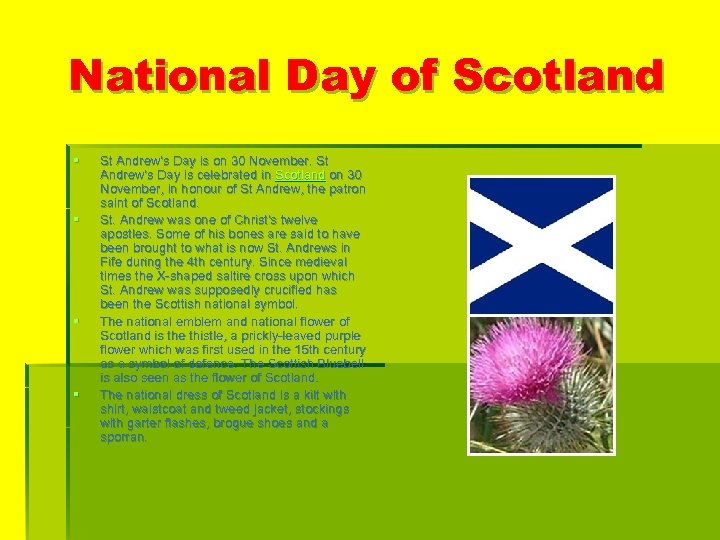 National Day of Wales § § § St David's Day is on 1 March. St David's Day is celebrated in Wales on 1 March, in honour of St David (Dewi Sant), the Wales March, (Dewi Sant), patron saint of Wales. St David (Dewi Sant was a Celtic monk, abbot and bishop, (Dewi monk, bishop, who lived in the sixth century. He spread the word of century. Christianity across Wales. The most famous story about Saint David tells how he was preaching to a huge crowd and the ground is said to have risen up, so that he was standing up, on a hill and everyone had a better chance of hearing him. The national emblems of Wales are daffodils and leeks. St David's Day is commemorated by the wearing of daffodils or leeks. Both plants are traditionally regarded as national leeks. emblems. There are many explanations of how the leek came to be adopted as the national emblem of Wales. One is that St David advised the Welsh, on the eve of battle with the Welsh, Saxons, to wear leeks in their caps to distinguish friend from Saxons, the enemy. Shakespeare mentions in Henry V, that the enemy. Welsh archers wore leeks at the battle of Agincourt in 1415. On St David's Day, some children in Wales dress in their Day, national costume, which consists of a tall black hat, white costume, hat, frilled cap and long dress. The national flag of Wales, dress. depicting a fiery red dragon (Y Ddraig Goch) against a green Goch) and white background, is also flown. background, flown.

National Day of Ireland § § St. Patrick's Day is celebrated on 17 March. St. Patrick's Day is celebrated in the whole of Ireland on 17 March, in honour of St Patrick, the patron saint of Ireland. Saint Patrick, the patron saint of Ireland, is credited with bringing Christianity to Ireland. He was born in Wales somewhere around AD 385. He was carried off by pirates and spent six years in slavery before escaping and training as a missionary. The most famous story about Saint Patrick is him driving the snakes from Ireland. He died on 17 th March in AD 461 and this day has since been commemorated as St. Patrick’s Day. The national emblem of Ireland is th Shamrock. Patrick used the three-leaved shamrock to explain how the Trinity of the Father, Son and Holy Spirit could exist as separate parts of the same being. His followers took to wearing a shamrock in celebration. St Patrick's day is marked by the wearing of shamrocks (a clover-like plant), the national emblem of both Northern Ireland the Republic of Ireland. St. Patrick’s Day is celebrated with parades in the large cities, the wearing of the green and drinking guiness (traditional drink of Ireland).

National Day of England § § St Georges' Day is on 23 April. St George's Day is celebrated in England on 23 April, in honour of St George, the patron saint of England. A story dating back to the 6 th century tells that St George rescued a maiden by slaying a fearsome fire-breathing dragon. The Saint's name was shouted as a battle cry by English knights who fought beneath the red-cross banner of St George during the Hundred Years War (1338 -1453). The national emblem and national flower of England is a red rose. The flower has been adopted as England’s emblem since the time of the Wars of the Roses - civil wars (14551485) between the royal house of Lancaster (whose emblem was a red rose) and the royal house of York (whose emblem was a white rose). England does not have a national dress.

National Day of Scotland § § St Andrew's Day is on 30 November. St Andrew's Day is celebrated in Scotland on 30 November, in honour of St Andrew, the patron saint of Scotland. St. Andrew was one of Christ's twelve apostles. Some of his bones are said to have been brought to what is now St. Andrews in Fife during the 4 th century. Since medieval times the X-shaped saltire cross upon which St. Andrew was supposedly crucified has been the Scottish national symbol. The national emblem and national flower of Scotland is the thistle, a prickly-leaved purple flower which was first used in the 15 th century as a symbol of defence. The Scottish Bluebell is also seen as the flower of Scotland. The national dress of Scotland is a kilt with shirt, waistcoat and tweed jacket, stockings with garter flashes, brogue shoes and a sporran.