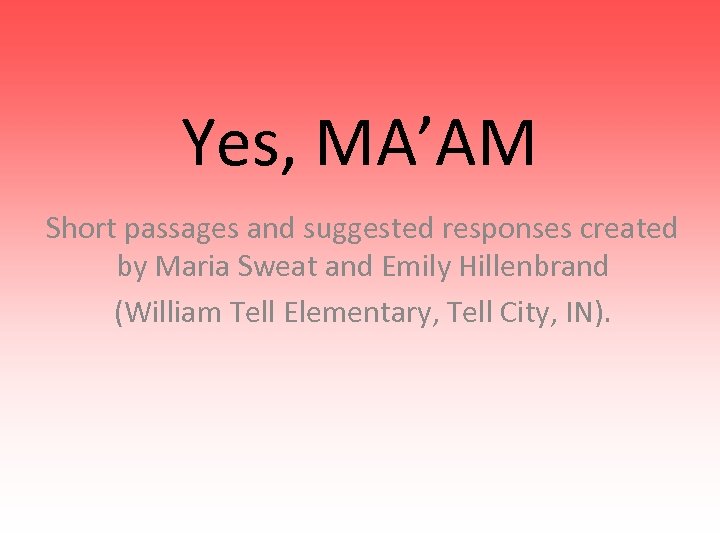 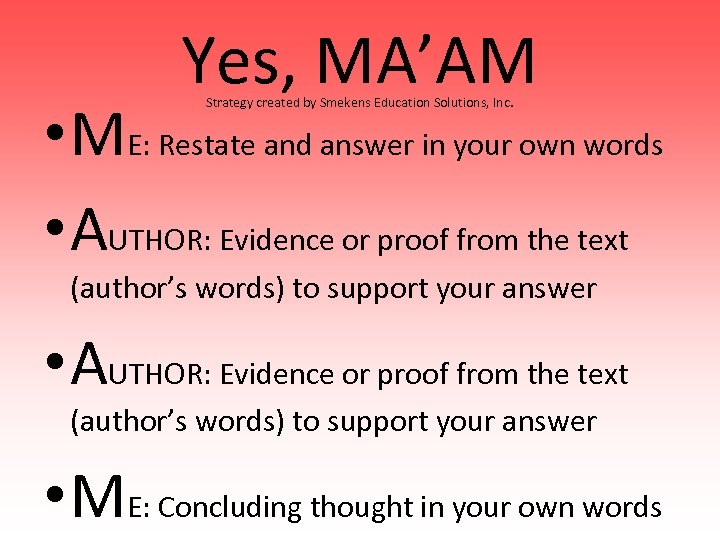 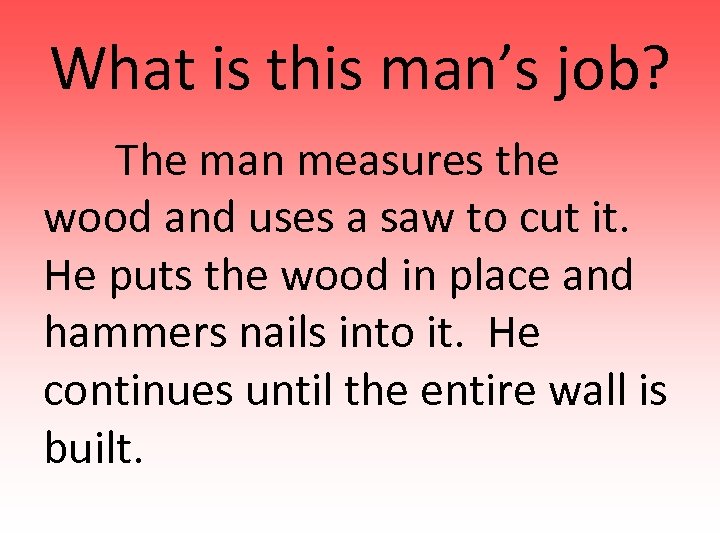 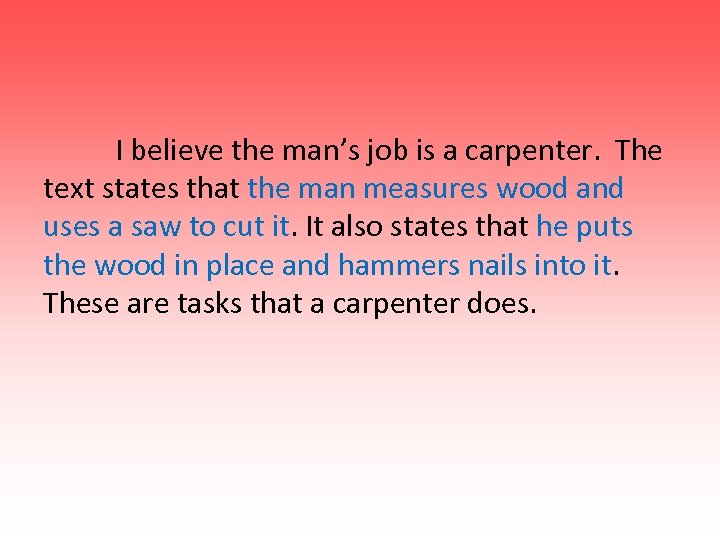 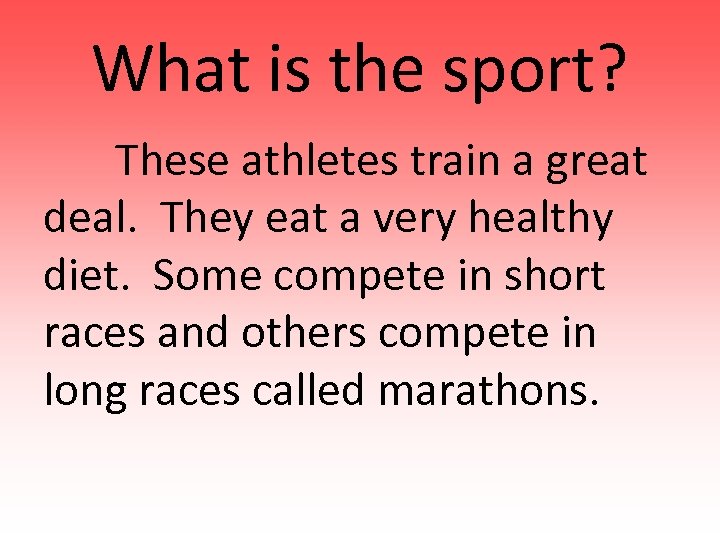 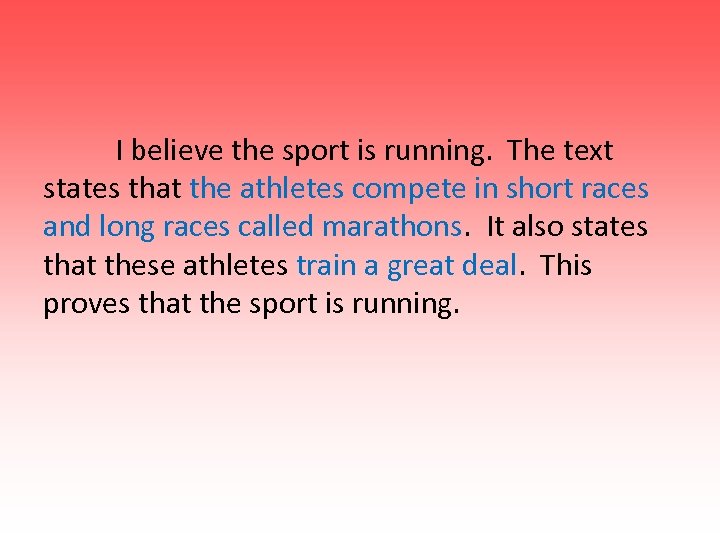 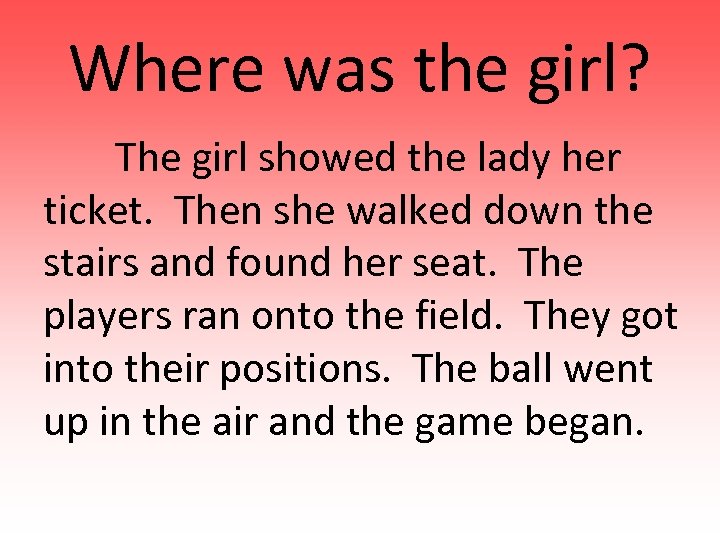 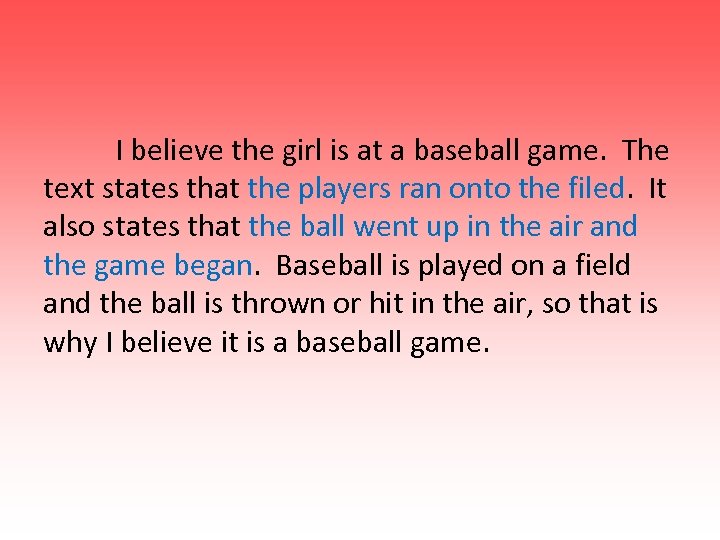 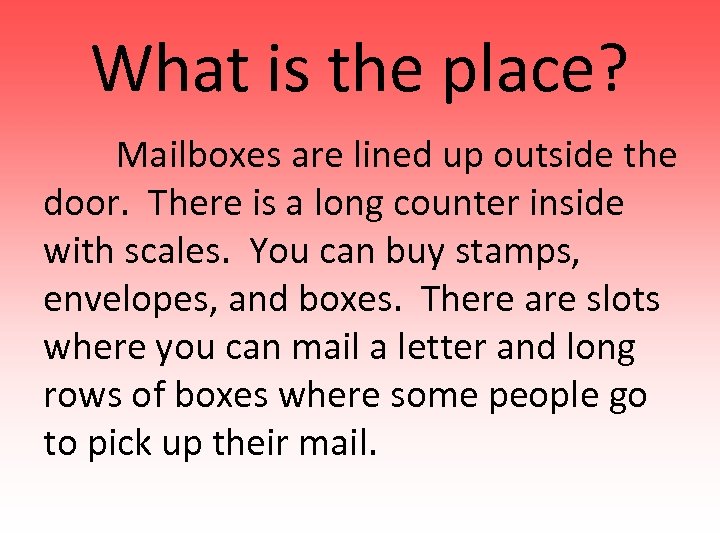 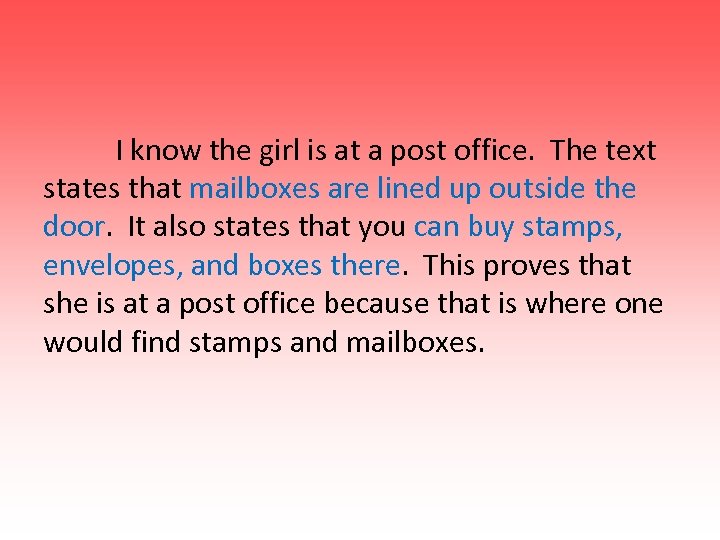 Yes, MA’AM Strategy created by Smekens Education Solutions, Inc. • ME: Restate and answer in your own words • AUTHOR: Evidence or proof from the text (author’s words) to support your answer • ME: Concluding thought in your own words

What is this man’s job? The man measures the wood and uses a saw to cut it. He puts the wood in place and hammers nails into it. He continues until the entire wall is built.

I believe the man’s job is a carpenter. The text states that the man measures wood and uses a saw to cut it. It also states that he puts the wood in place and hammers nails into it. These are tasks that a carpenter does.

What is the sport? These athletes train a great deal. They eat a very healthy diet. Some compete in short races and others compete in long races called marathons.

Where was the girl? The girl showed the lady her ticket. Then she walked down the stairs and found her seat. The players ran onto the field. They got into their positions. The ball went up in the air and the game began.

What is the place? Mailboxes are lined up outside the door. There is a long counter inside with scales. You can buy stamps, envelopes, and boxes. There are slots where you can mail a letter and long rows of boxes where some people go to pick up their mail.