XP for One at IBM J B Rainsberger 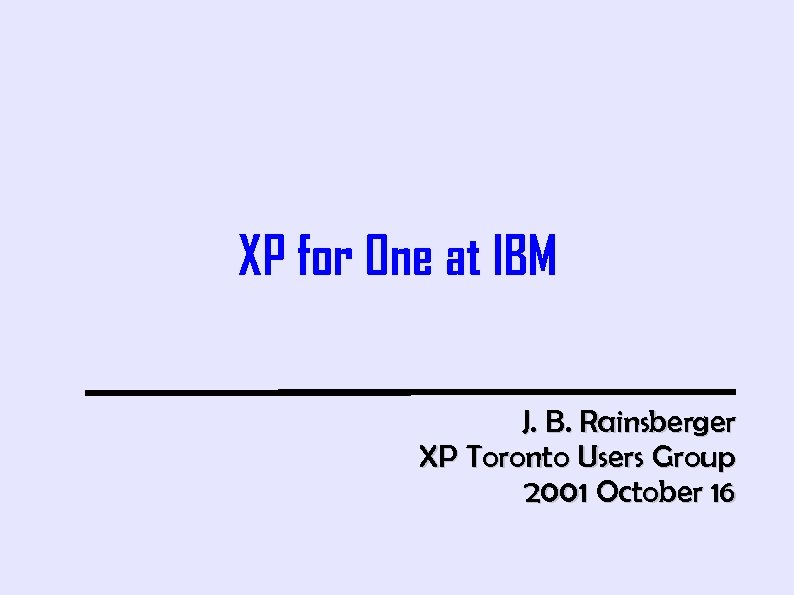 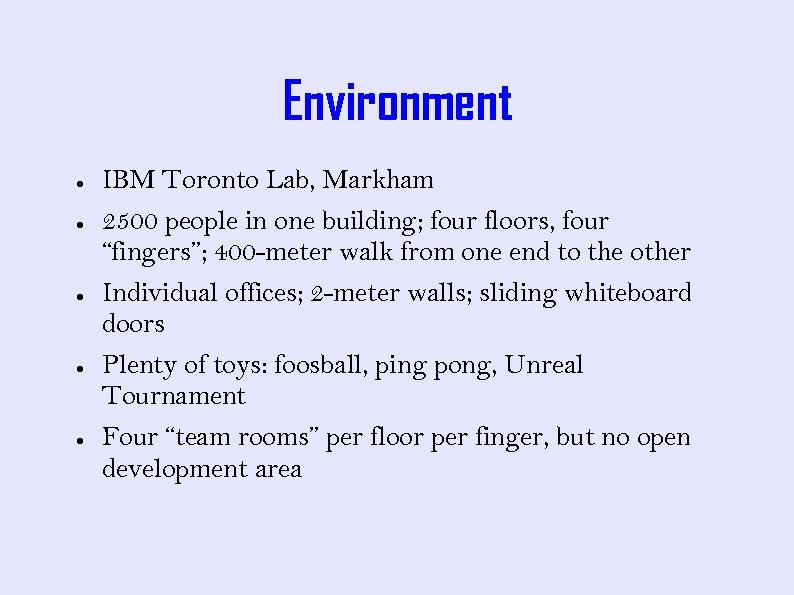 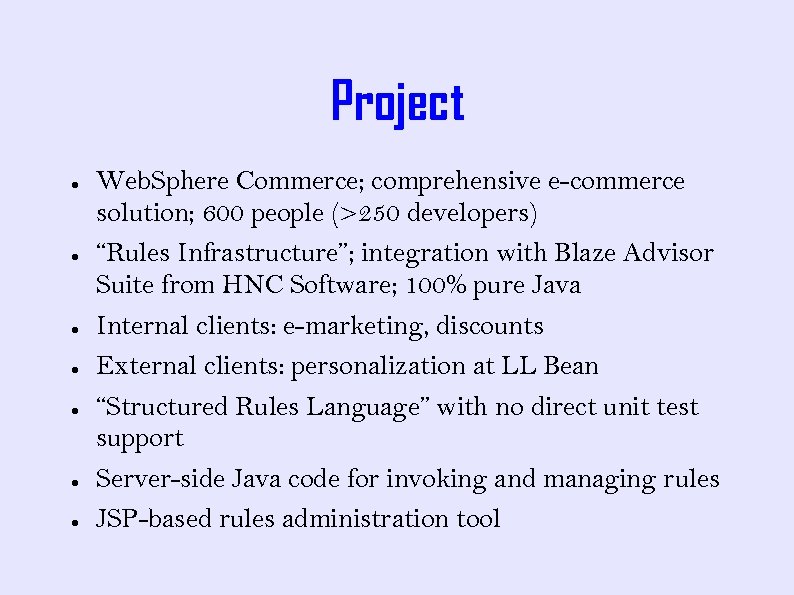 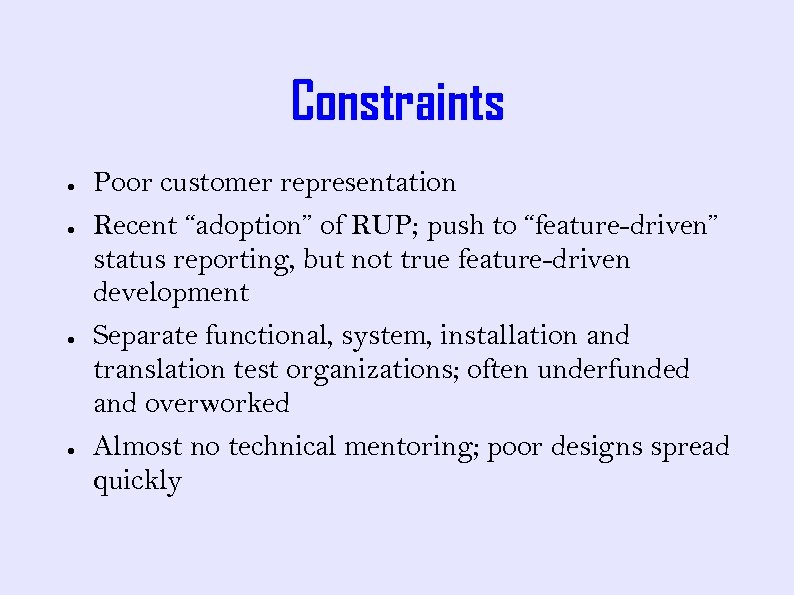 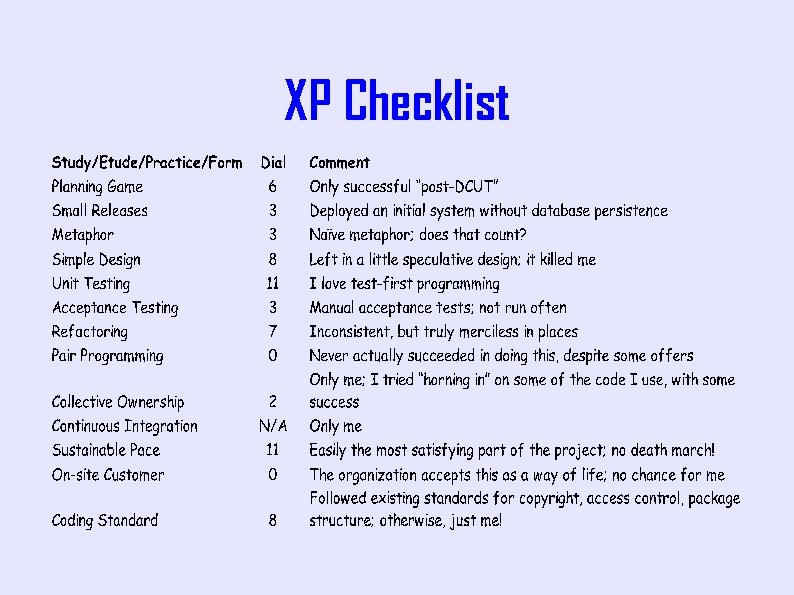 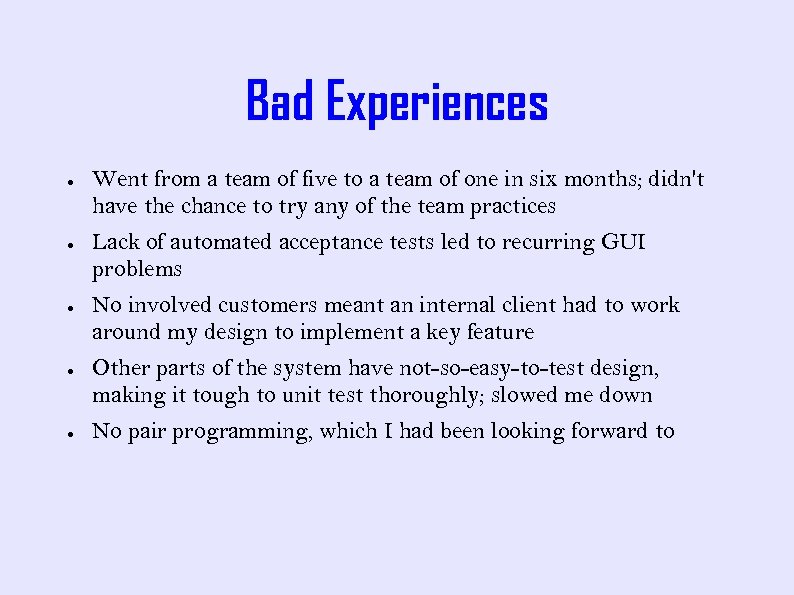 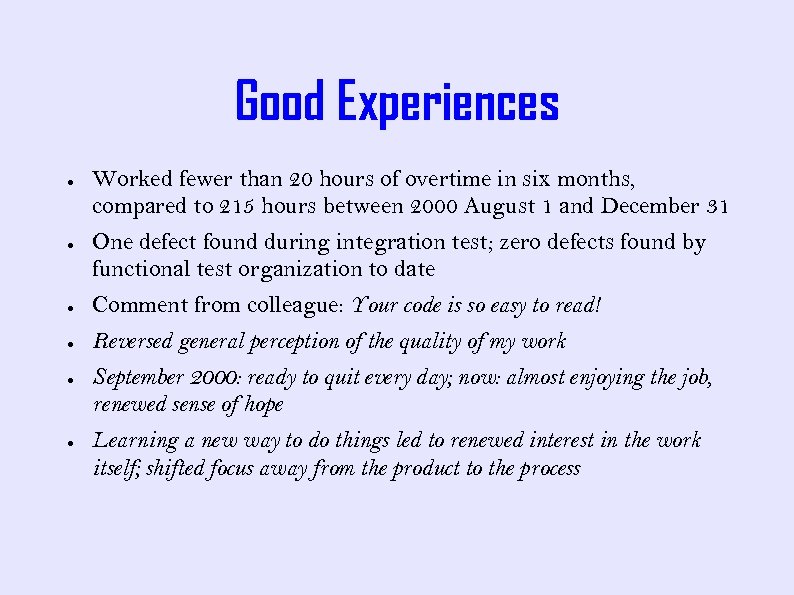 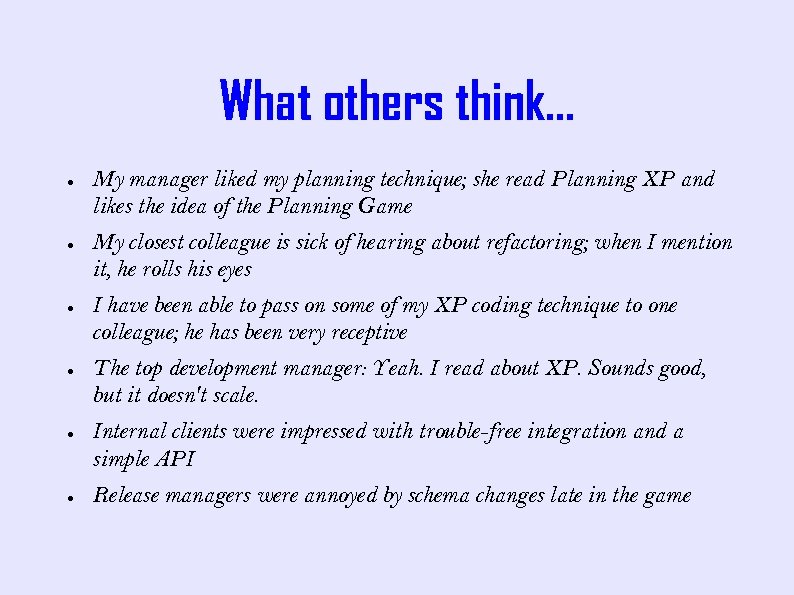 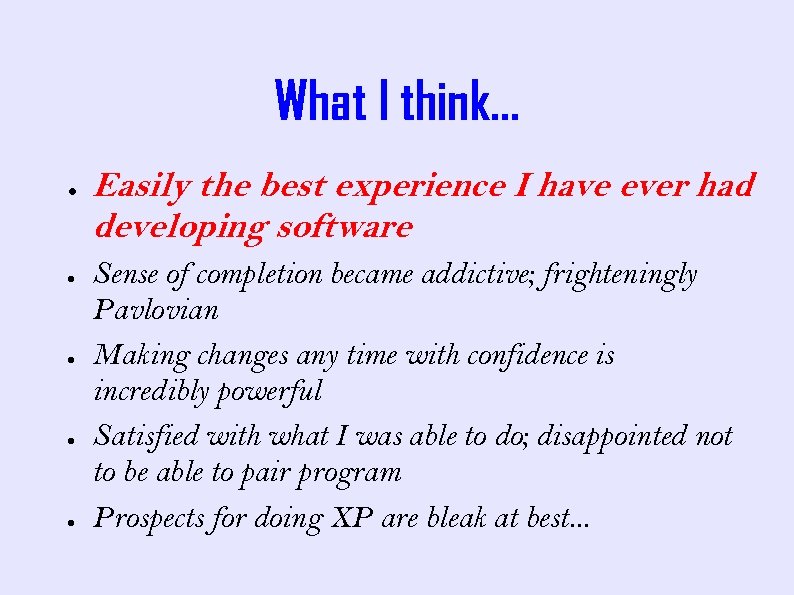 Скачать презентацию XP for One at IBM J B Rainsberger

XP for One at IBM J. B. Rainsberger XP Toronto Users Group 2001 October 16

Bad Experiences ● ● ● Went from a team of five to a team of one in six months; didn't have the chance to try any of the team practices Lack of automated acceptance tests led to recurring GUI problems No involved customers meant an internal client had to work around my design to implement a key feature Other parts of the system have not-so-easy-to-test design, making it tough to unit test thoroughly; slowed me down No pair programming, which I had been looking forward to

Good Experiences ● ● Worked fewer than 20 hours of overtime in six months, compared to 215 hours between 2000 August 1 and December 31 One defect found during integration test; zero defects found by functional test organization to date ● Comment from colleague: Your code is so easy to read! ● Reversed general perception of the quality of my work ● ● September 2000: ready to quit every day; now: almost enjoying the job, renewed sense of hope Learning a new way to do things led to renewed interest in the work itself; shifted focus away from the product to the process

What others think. . . ● ● ● My manager liked my planning technique; she read Planning XP and likes the idea of the Planning Game My closest colleague is sick of hearing about refactoring; when I mention it, he rolls his eyes I have been able to pass on some of my XP coding technique to one colleague; he has been very receptive The top development manager: Yeah. I read about XP. Sounds good, but it doesn't scale. Internal clients were impressed with trouble-free integration and a simple API Release managers were annoyed by schema changes late in the game

What I think. . . ● ● ● Easily the best experience I have ever had developing software Sense of completion became addictive; frighteningly Pavlovian Making changes any time with confidence is incredibly powerful Satisfied with what I was able to do; disappointed not to be able to pair program Prospects for doing XP are bleak at best. . .