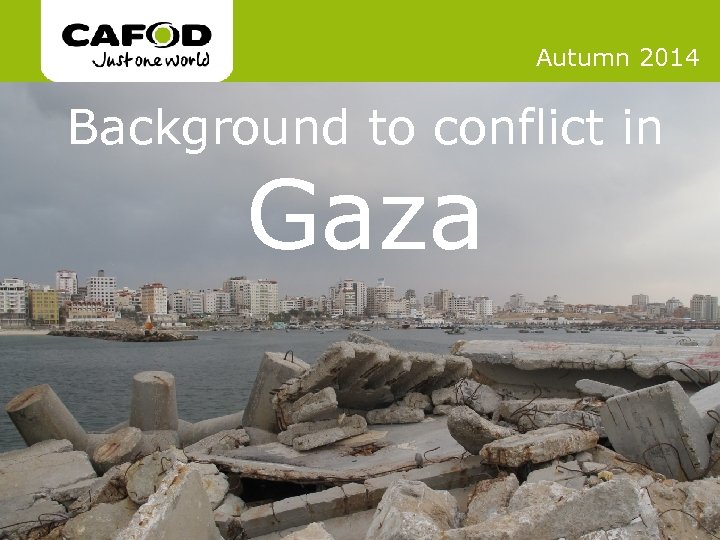 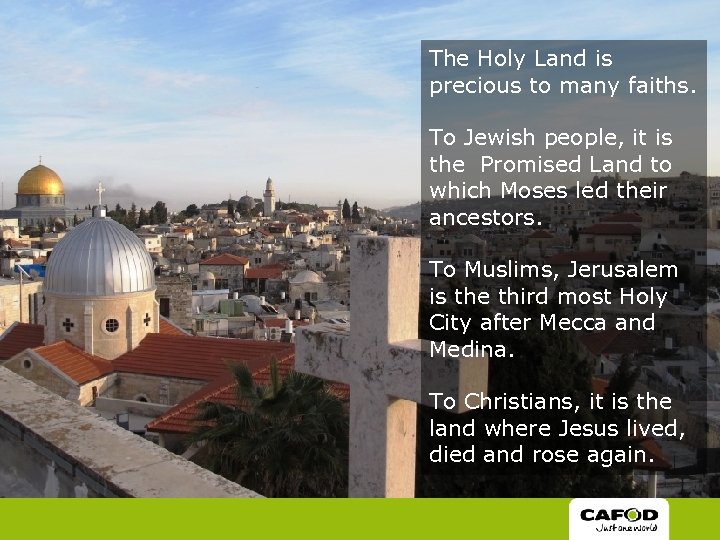 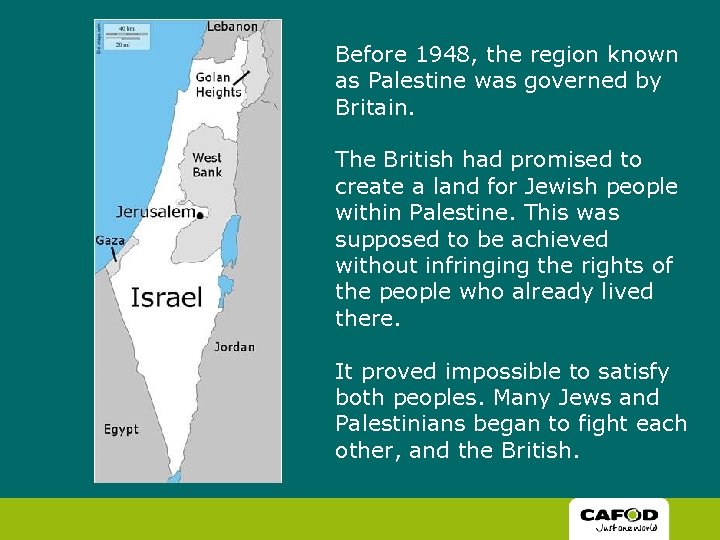 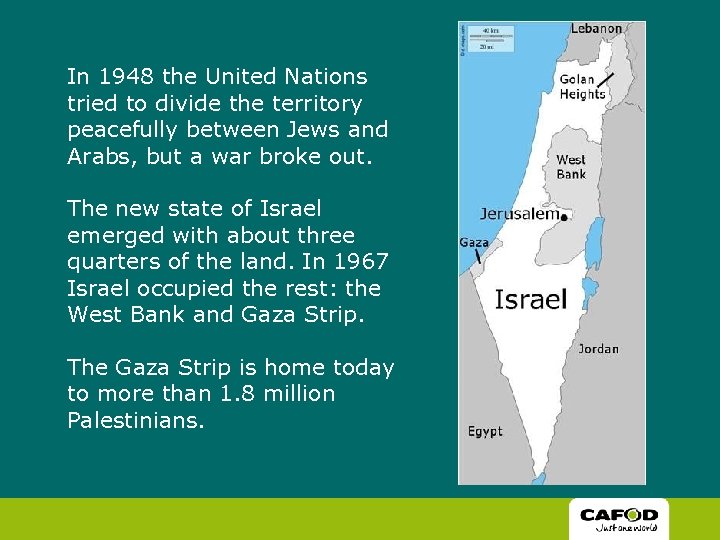 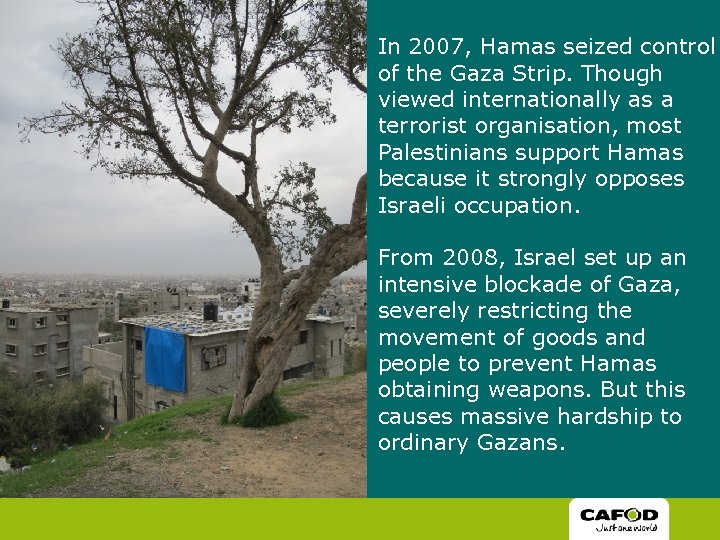 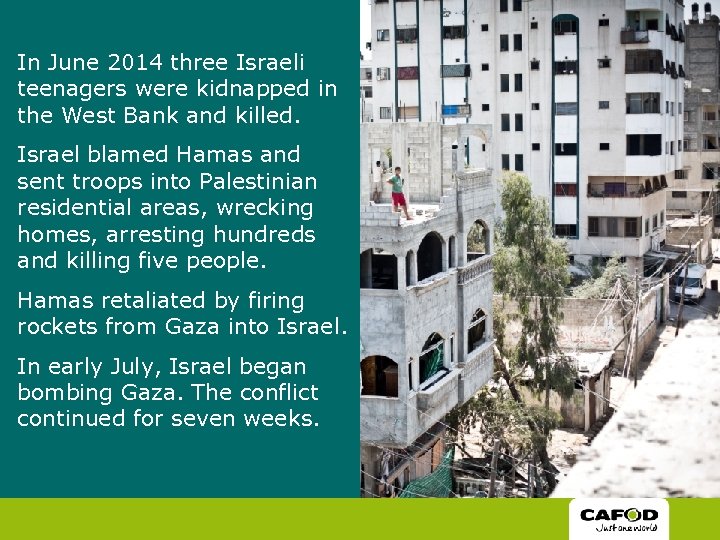 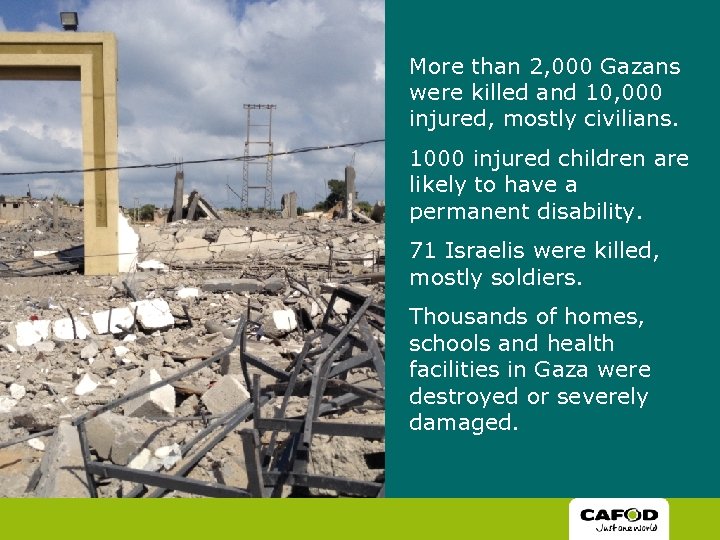 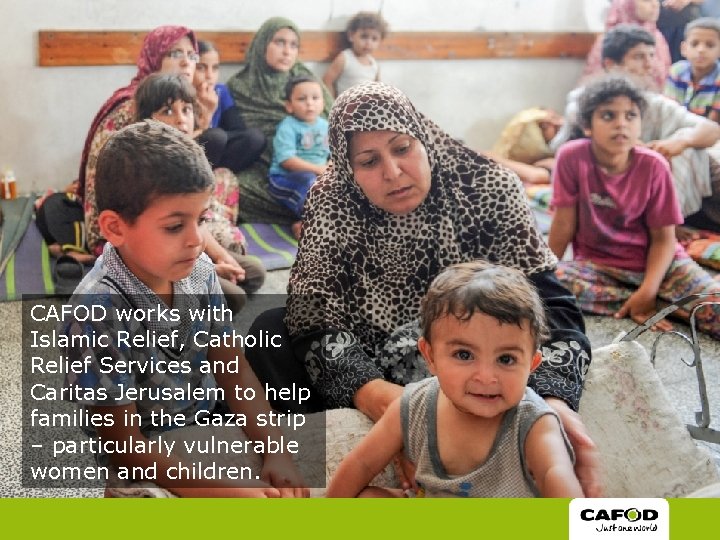 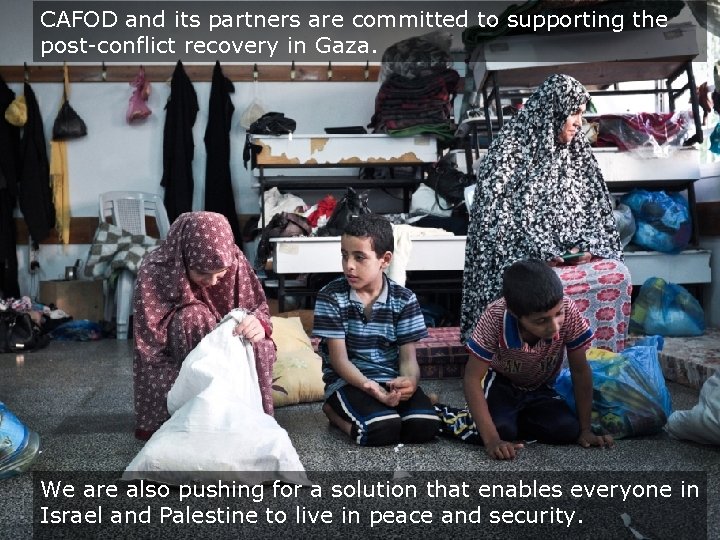 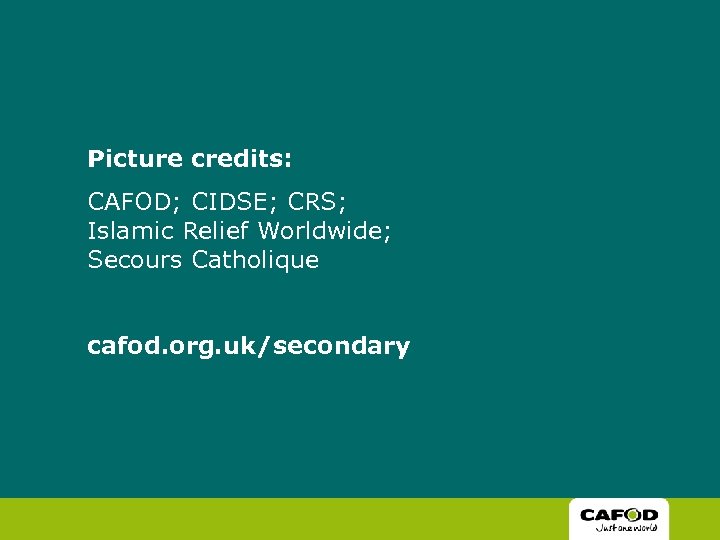 The Holy Land is precious to many faiths. To Jewish people, it is the Promised Land to which Moses led their ancestors. To Muslims, Jerusalem is the third most Holy City after Mecca and Medina. To Christians, it is the land where Jesus lived, died and rose again.

Before 1948, the region known as Palestine was governed by Britain. The British had promised to create a land for Jewish people within Palestine. This was supposed to be achieved without infringing the rights of the people who already lived there. It proved impossible to satisfy both peoples. Many Jews and Palestinians began to fight each other, and the British.

In 1948 the United Nations tried to divide the territory peacefully between Jews and Arabs, but a war broke out. The new state of Israel emerged with about three quarters of the land. In 1967 Israel occupied the rest: the West Bank and Gaza Strip. The Gaza Strip is home today to more than 1. 8 million Palestinians.

In 2007, Hamas seized control of the Gaza Strip. Though viewed internationally as a terrorist organisation, most Palestinians support Hamas because it strongly opposes Israeli occupation. From 2008, Israel set up an intensive blockade of Gaza, severely restricting the movement of goods and people to prevent Hamas obtaining weapons. But this causes massive hardship to ordinary Gazans.

More than 2, 000 Gazans were killed and 10, 000 injured, mostly civilians. 1000 injured children are likely to have a permanent disability. 71 Israelis were killed, mostly soldiers. Thousands of homes, schools and health facilities in Gaza were destroyed or severely damaged.

CAFOD and its partners are committed to supporting the post-conflict recovery in Gaza. We are also pushing for a solution that enables everyone in Israel and Palestine to live in peace and security.