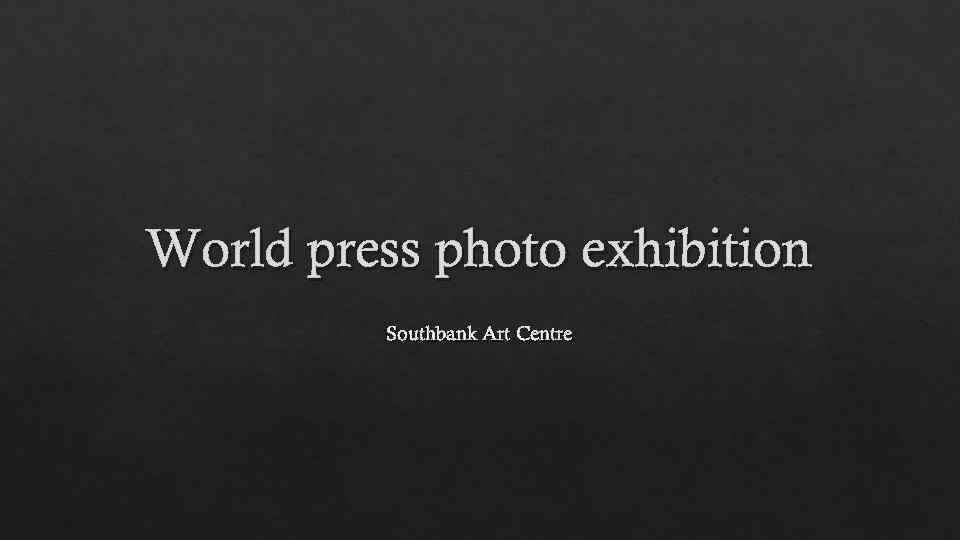 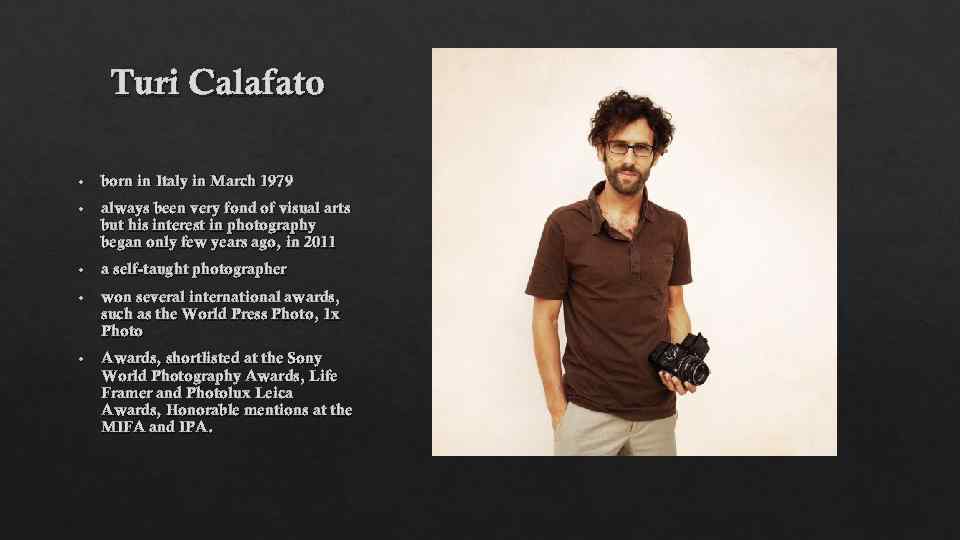 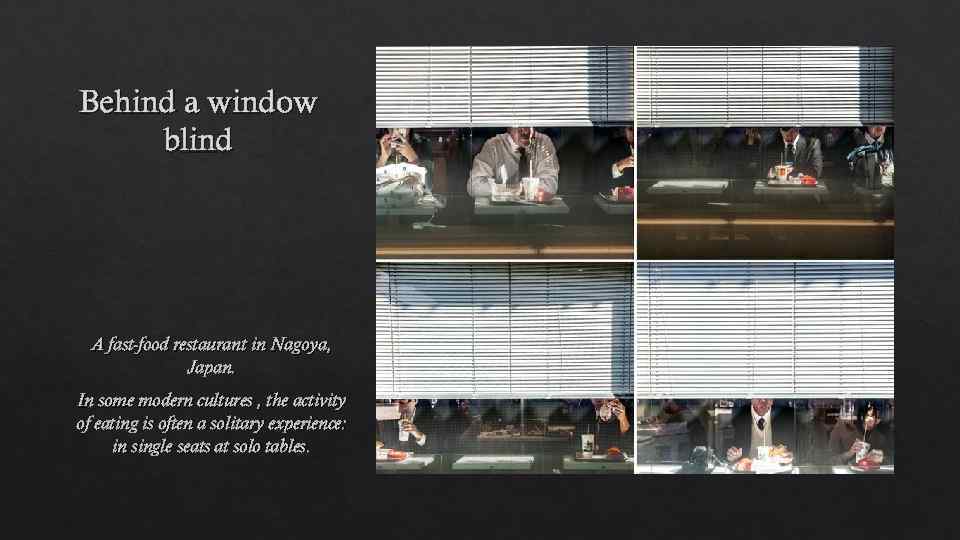 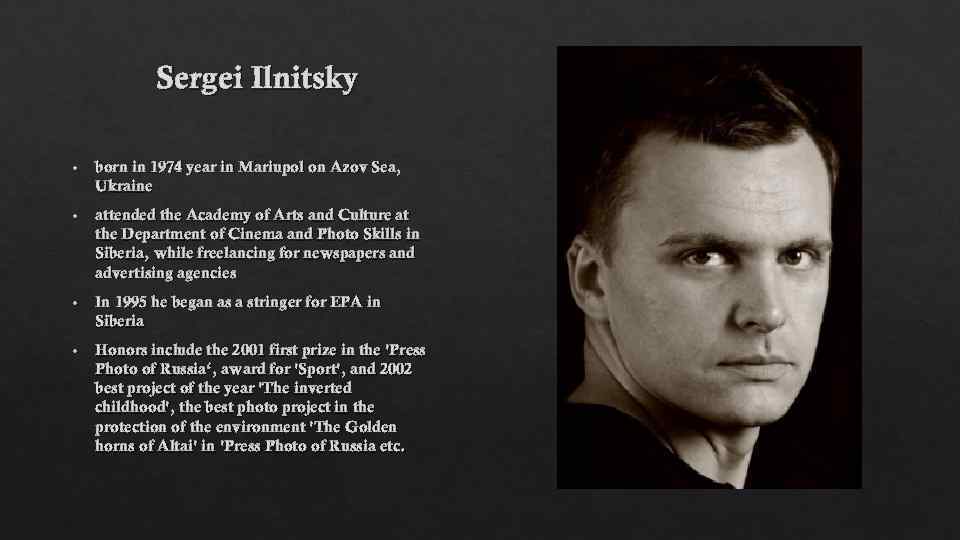 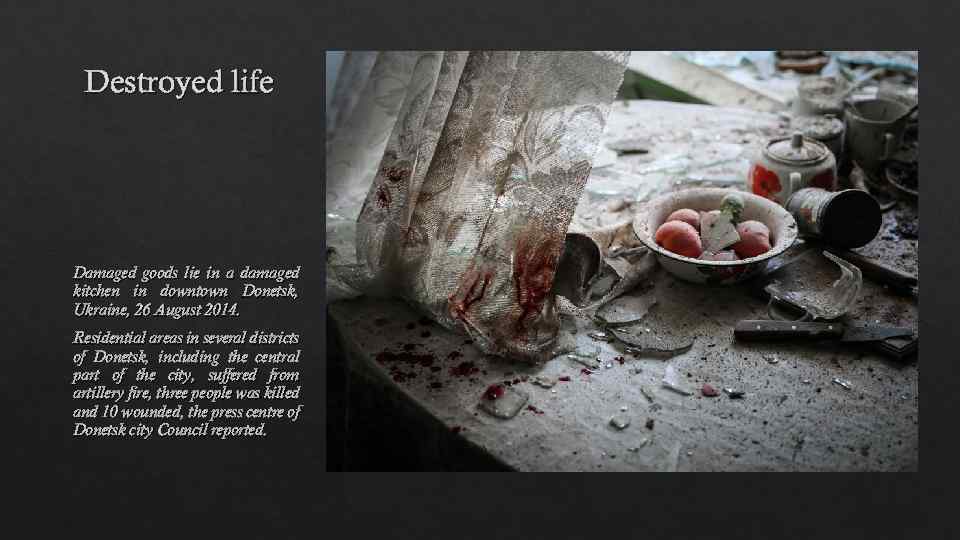 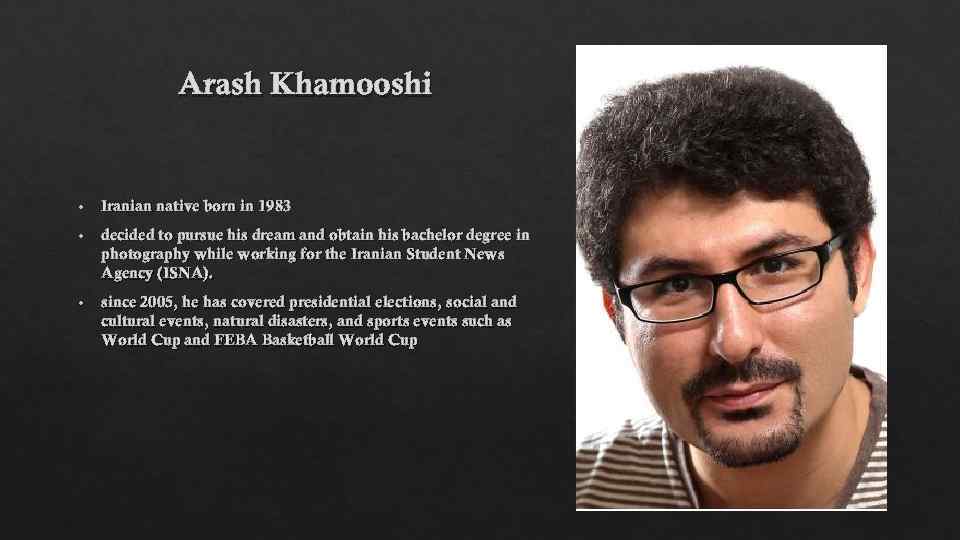 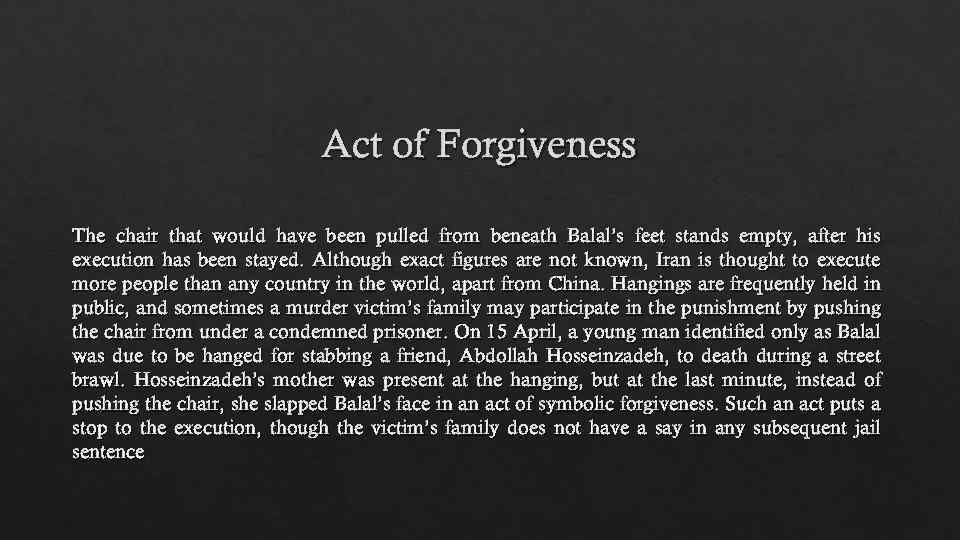 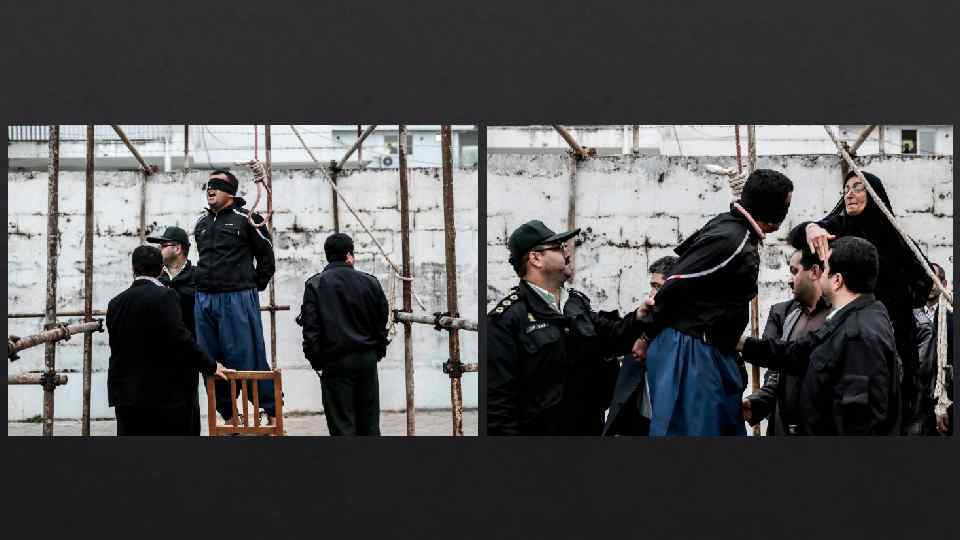 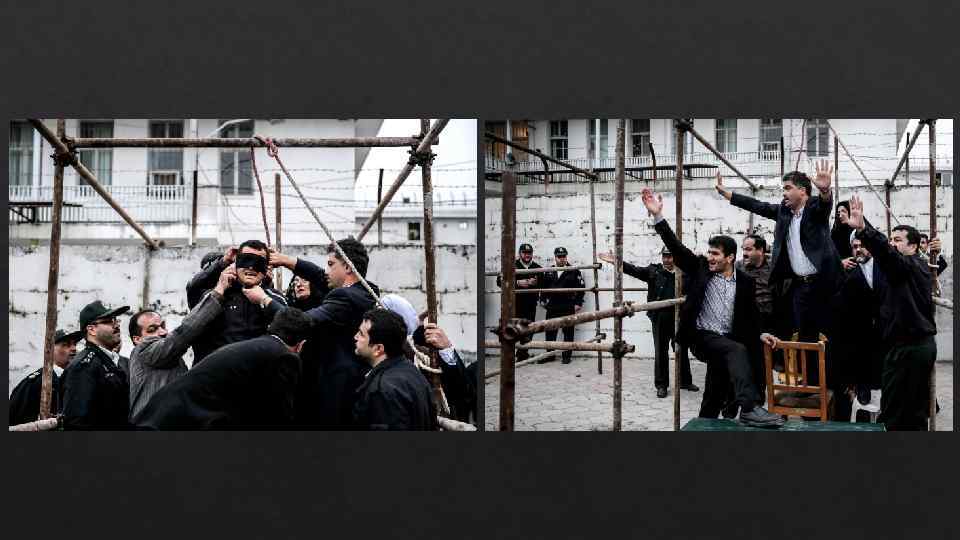 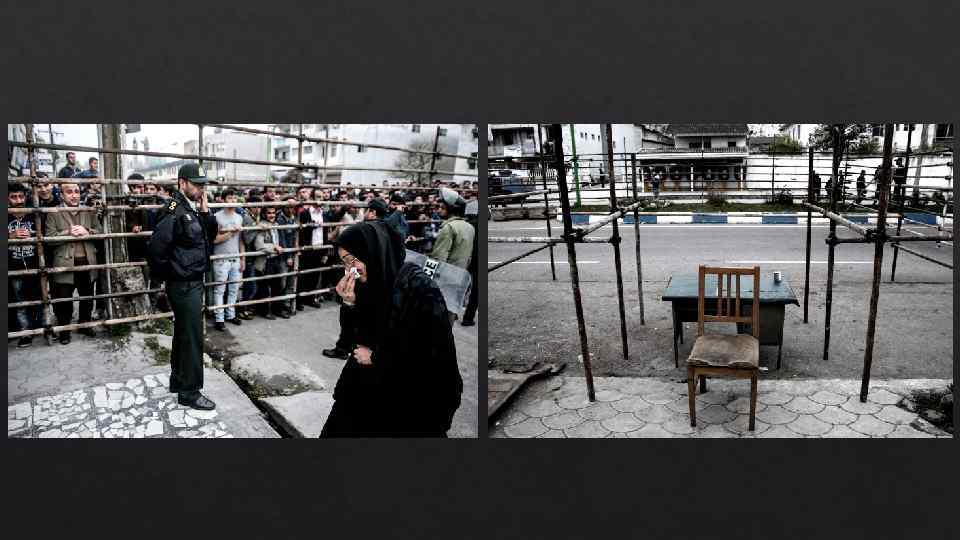 Turi Calafato • born in Italy in March 1979 • always been very fond of visual arts but his interest in photography began only few years ago, in 2011 • a self-taught photographer • won several international awards, such as the World Press Photo, 1 x Photo • Awards, shortlisted at the Sony World Photography Awards, Life Framer and Photolux Leica Awards, Honorable mentions at the MIFA and IPA.

Behind a window blind A fast-food restaurant in Nagoya, Japan. In some modern cultures , the activity of eating is often a solitary experience: in single seats at solo tables.

Sergei Ilnitsky • born in 1974 year in Mariupol on Azov Sea, Ukraine • attended the Academy of Arts and Culture at the Department of Cinema and Photo Skills in Siberia, while freelancing for newspapers and advertising agencies • In 1995 he began as a stringer for EPA in Siberia • Honors include the 2001 first prize in the 'Press Photo of Russia‘, award for 'Sport', and 2002 best project of the year 'The inverted childhood', the best photo project in the protection of the environment 'The Golden horns of Altai' in 'Press Photo of Russia etc.

Destroyed life Damaged goods lie in a damaged kitchen in downtown Donetsk, Ukraine, 26 August 2014. Residential areas in several districts of Donetsk, including the central part of the city, suffered from artillery fire, three people was killed and 10 wounded, the press centre of Donetsk city Council reported.

Arash Khamooshi • Iranian native born in 1983 • decided to pursue his dream and obtain his bachelor degree in photography while working for the Iranian Student News Agency (ISNA). • since 2005, he has covered presidential elections, social and cultural events, natural disasters, and sports events such as World Cup and FEBA Basketball World Cup

Act of Forgiveness The chair that would have been pulled from beneath Balal’s feet stands empty, after his execution has been stayed. Although exact figures are not known, Iran is thought to execute more people than any country in the world, apart from China. Hangings are frequently held in public, and sometimes a murder victim’s family may participate in the punishment by pushing the chair from under a condemned prisoner. On 15 April, a young man identified only as Balal was due to be hanged for stabbing a friend, Abdollah Hosseinzadeh, to death during a street brawl. Hosseinzadeh’s mother was present at the hanging, but at the last minute, instead of pushing the chair, she slapped Balal’s face in an act of symbolic forgiveness. Such an act puts a stop to the execution, though the victim’s family does not have a say in any subsequent jail sentence