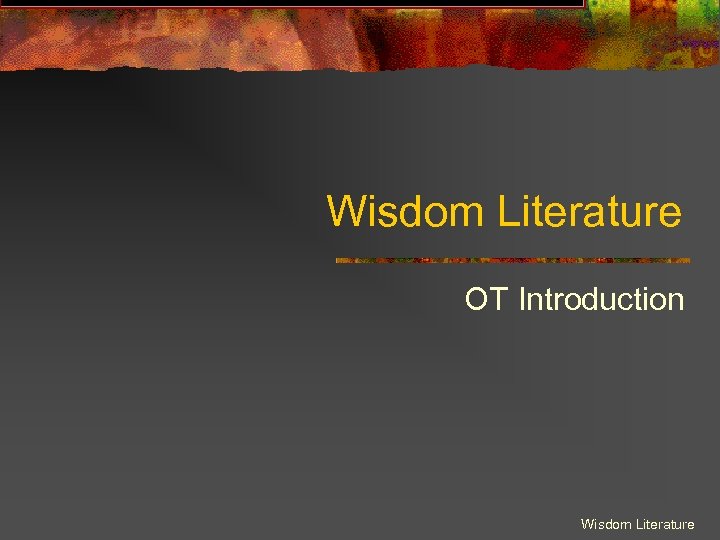 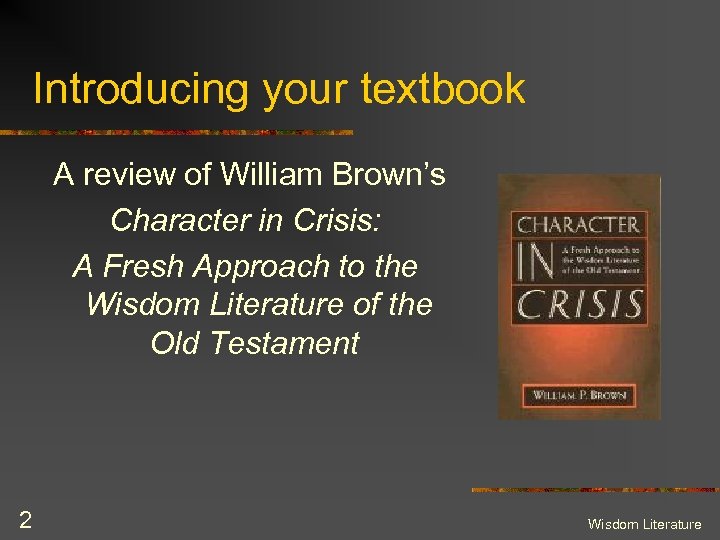 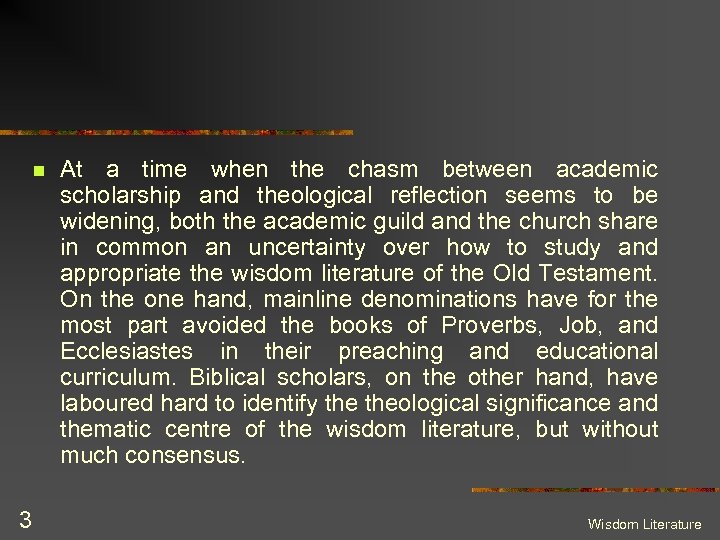 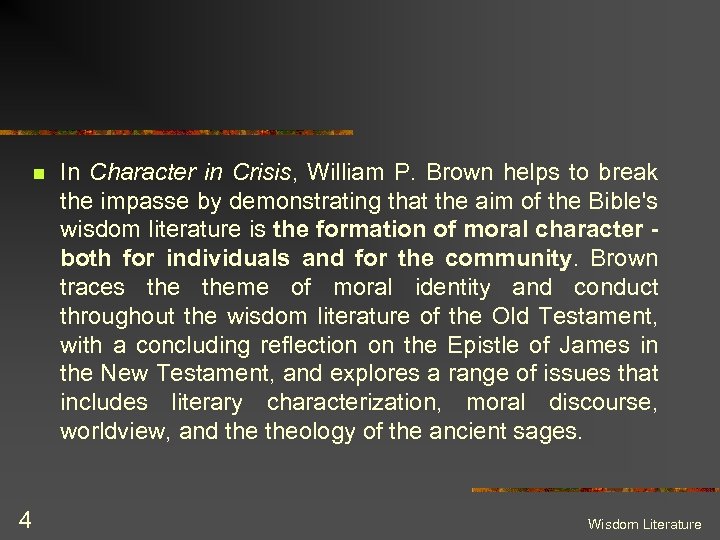 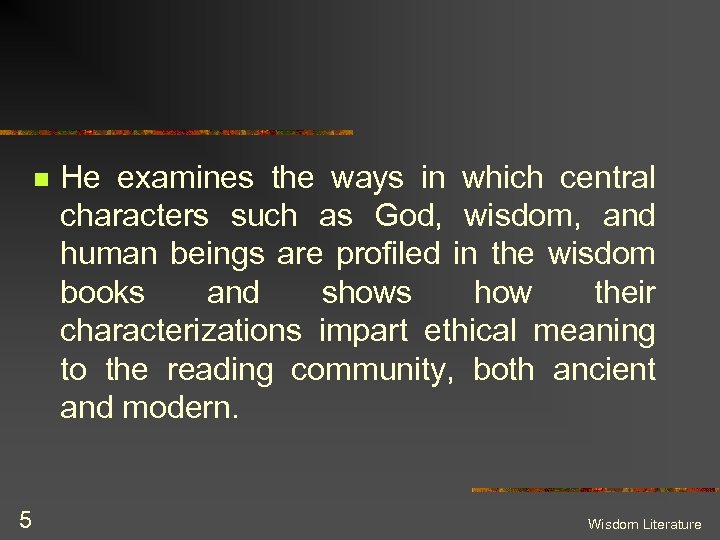 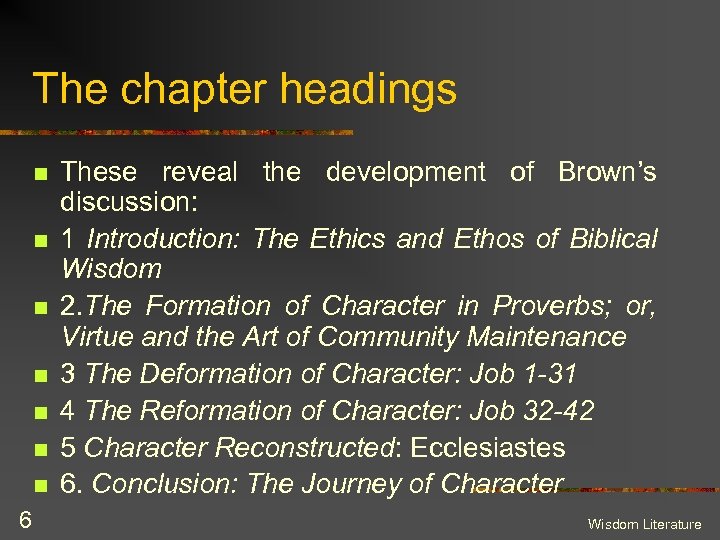 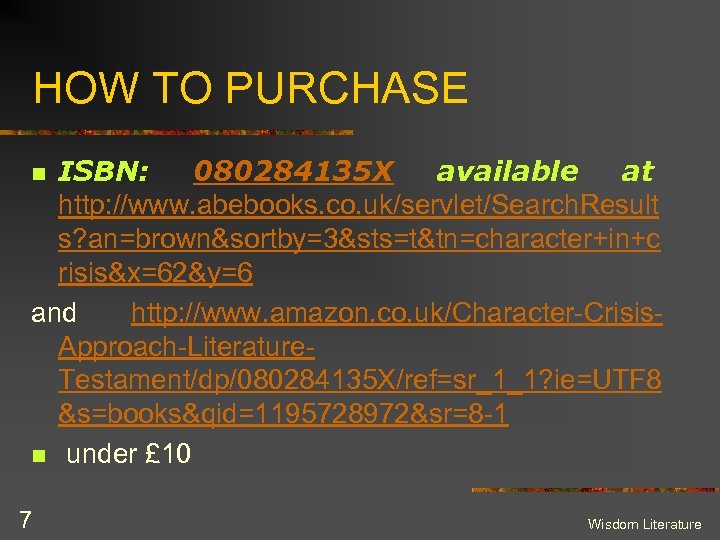 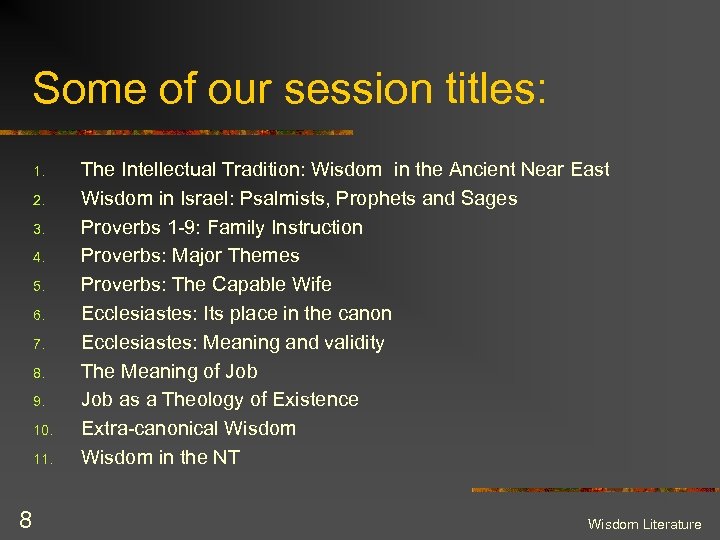 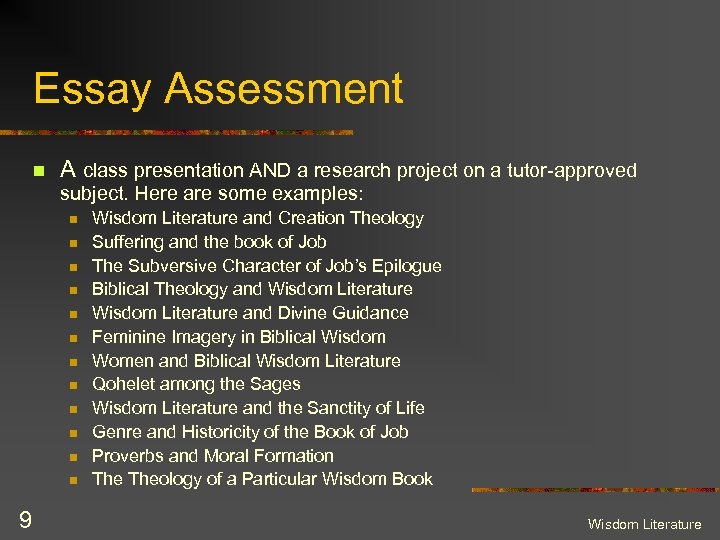 n 3 At a time when the chasm between academic scholarship and theological reflection seems to be widening, both the academic guild and the church share in common an uncertainty over how to study and appropriate the wisdom literature of the Old Testament. On the one hand, mainline denominations have for the most part avoided the books of Proverbs, Job, and Ecclesiastes in their preaching and educational curriculum. Biblical scholars, on the other hand, have laboured hard to identify theological significance and thematic centre of the wisdom literature, but without much consensus. Wisdom Literature

n 4 In Character in Crisis, William P. Brown helps to break the impasse by demonstrating that the aim of the Bible's wisdom literature is the formation of moral character both for individuals and for the community. Brown traces theme of moral identity and conduct throughout the wisdom literature of the Old Testament, with a concluding reflection on the Epistle of James in the New Testament, and explores a range of issues that includes literary characterization, moral discourse, worldview, and theology of the ancient sages. Wisdom Literature

n 5 He examines the ways in which central characters such as God, wisdom, and human beings are profiled in the wisdom books and shows how their characterizations impart ethical meaning to the reading community, both ancient and modern. Wisdom Literature

Some of our session titles: 1. 2. 3. 4. 5. 6. 7. 8. 9. 10. 11. 8 The Intellectual Tradition: Wisdom in the Ancient Near East Wisdom in Israel: Psalmists, Prophets and Sages Proverbs 1 -9: Family Instruction Proverbs: Major Themes Proverbs: The Capable Wife Ecclesiastes: Its place in the canon Ecclesiastes: Meaning and validity The Meaning of Job as a Theology of Existence Extra-canonical Wisdom in the NT Wisdom Literature