WHY YOU CAN TRUST THE BIBLE WHY 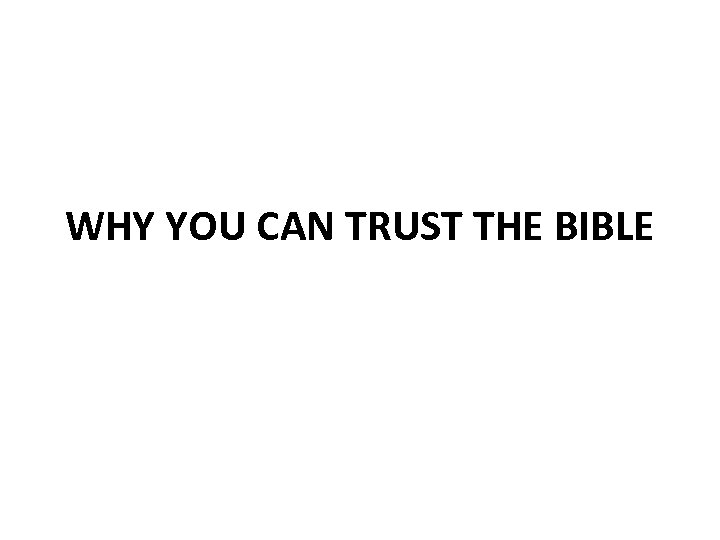 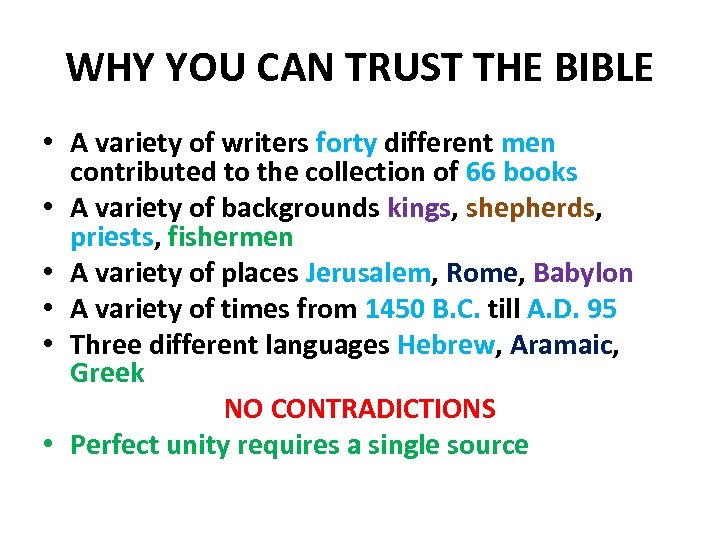 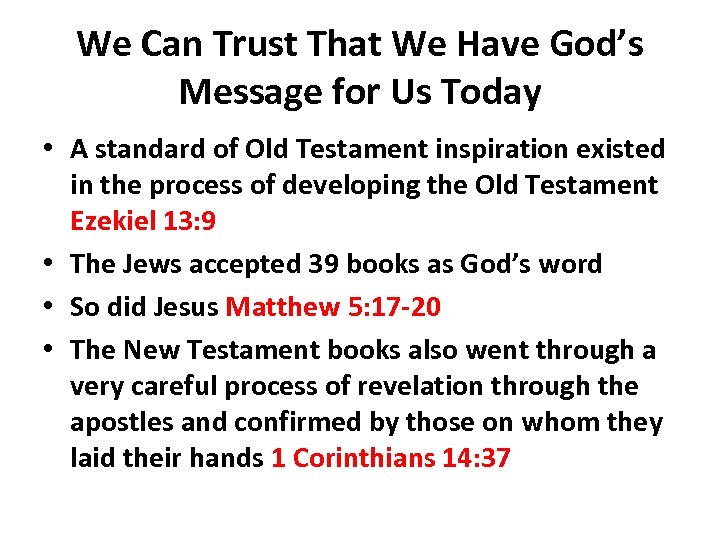 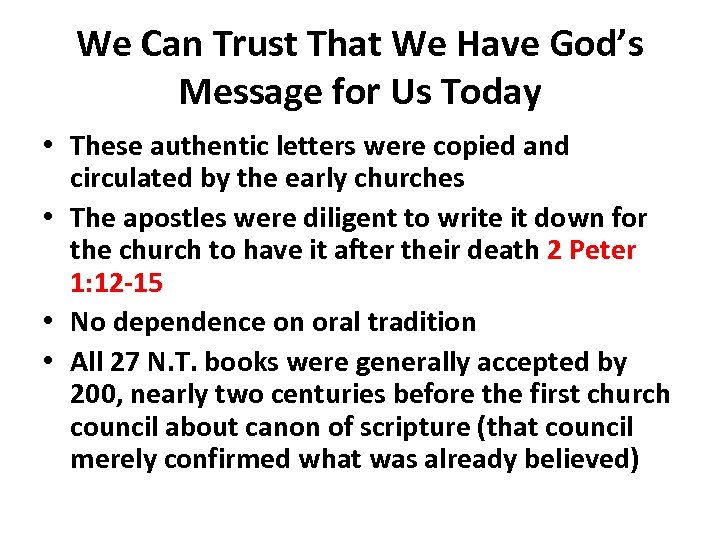 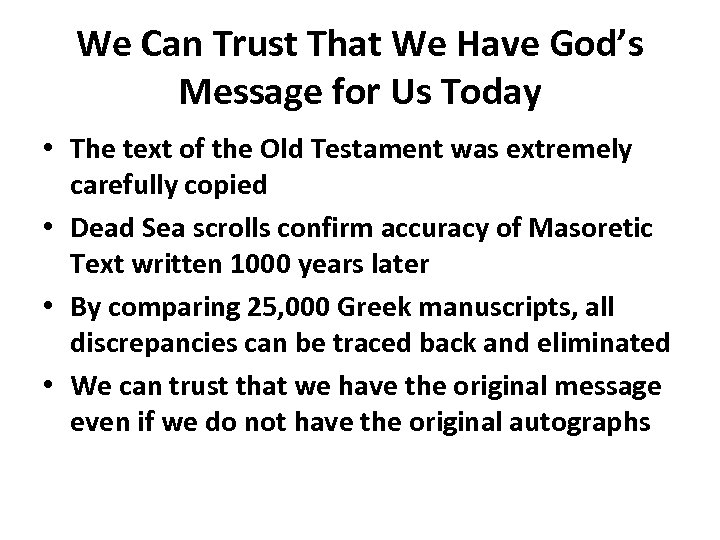 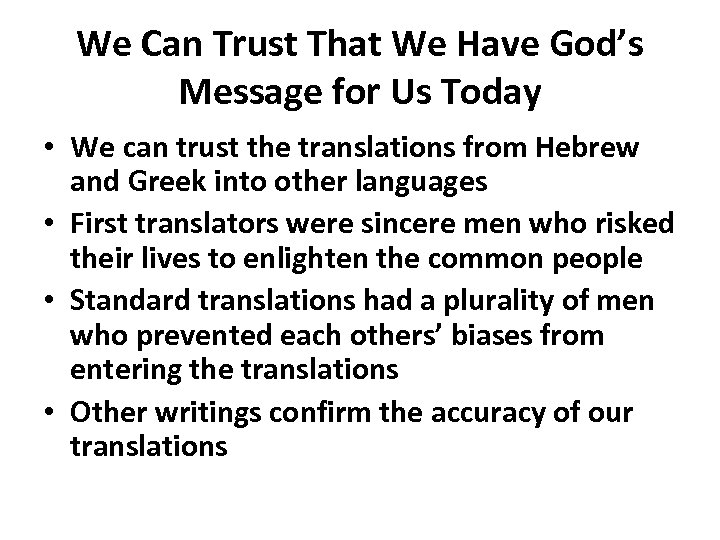 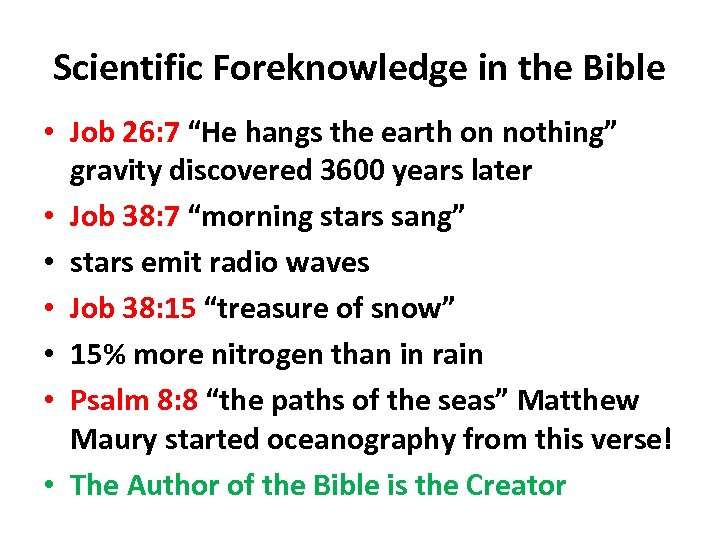 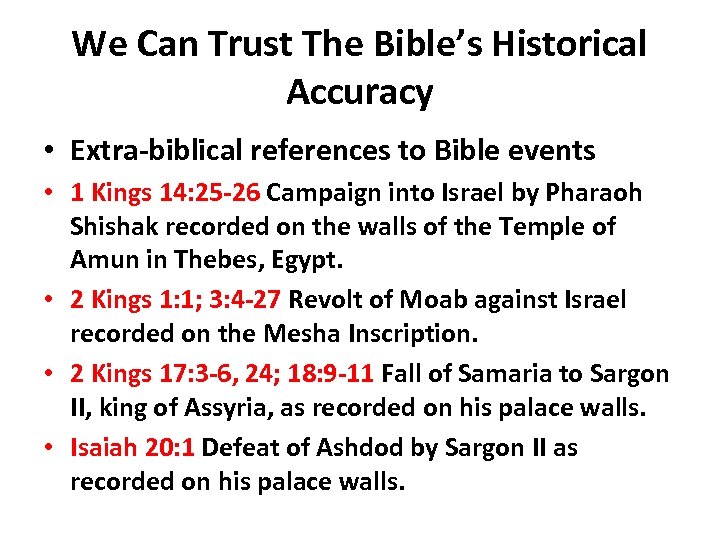 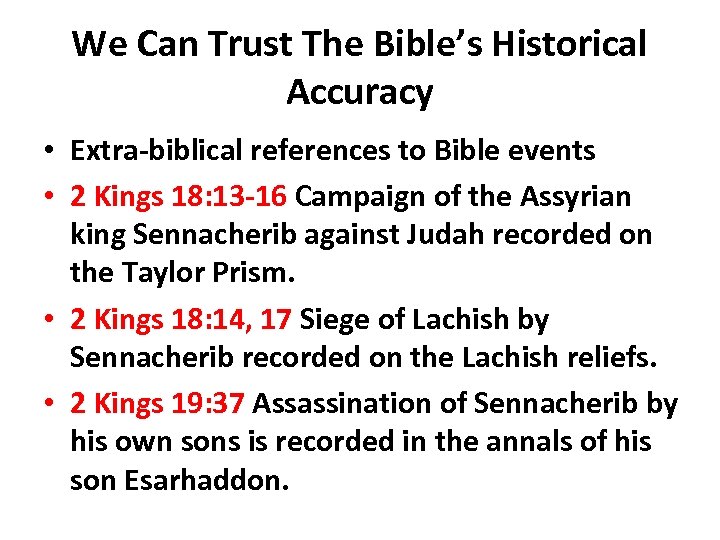 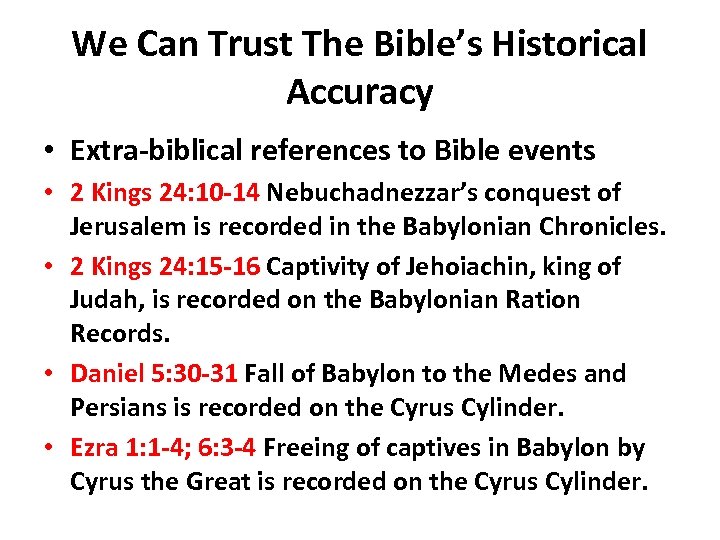 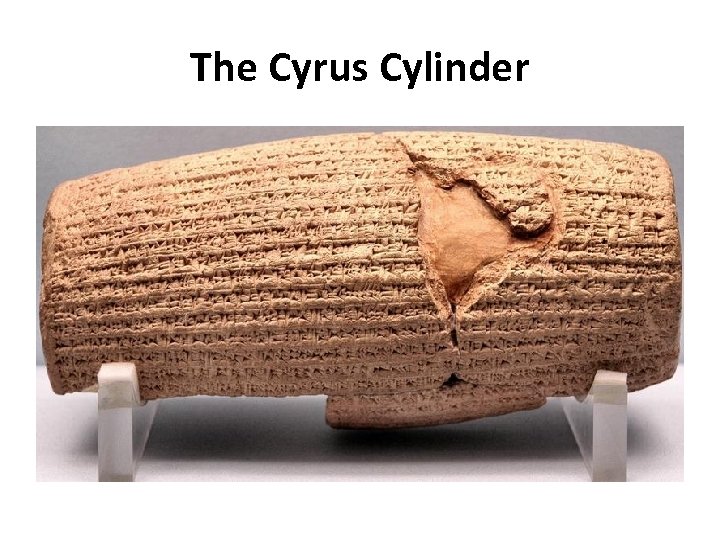 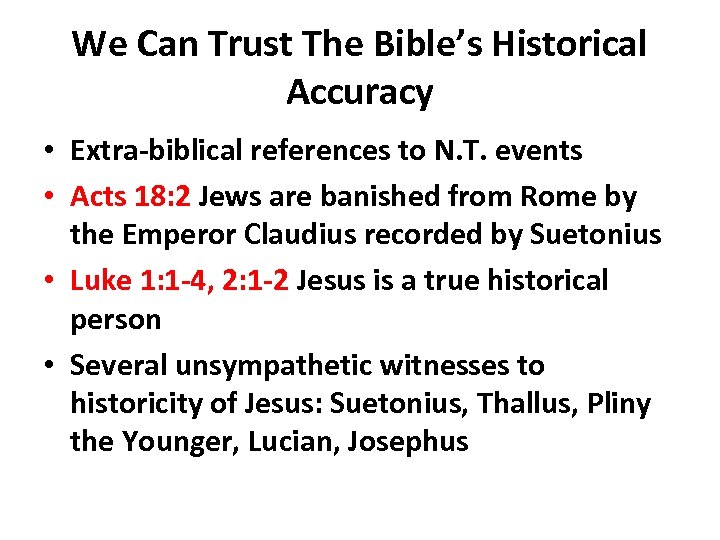 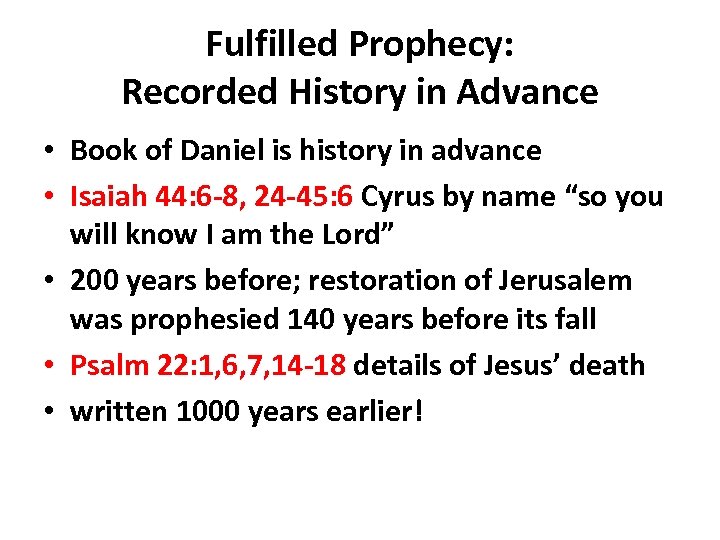 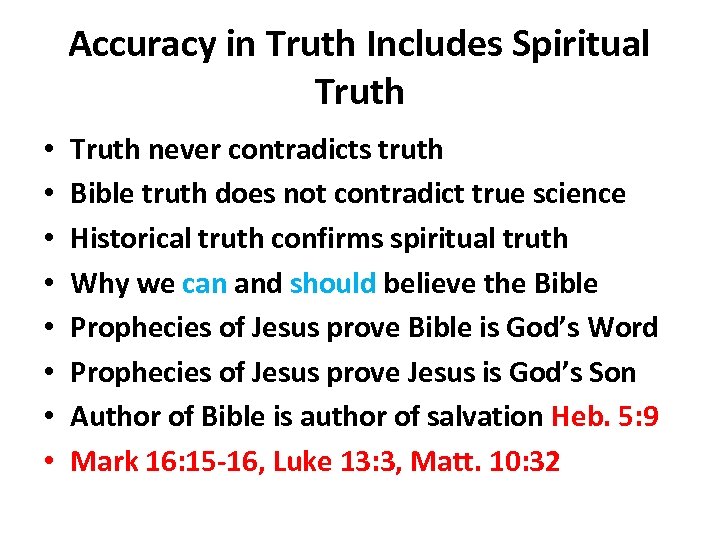 Скачать презентацию WHY YOU CAN TRUST THE BIBLE WHY

WHY YOU CAN TRUST THE BIBLE

WHY YOU CAN TRUST THE BIBLE • A variety of writers forty different men contributed to the collection of 66 books • A variety of backgrounds kings, shepherds, priests, fishermen • A variety of places Jerusalem, Rome, Babylon • A variety of times from 1450 B. C. till A. D. 95 • Three different languages Hebrew, Aramaic, Greek NO CONTRADICTIONS • Perfect unity requires a single source

We Can Trust That We Have God’s Message for Us Today • A standard of Old Testament inspiration existed in the process of developing the Old Testament Ezekiel 13: 9 • The Jews accepted 39 books as God’s word • So did Jesus Matthew 5: 17 -20 • The New Testament books also went through a very careful process of revelation through the apostles and confirmed by those on whom they laid their hands 1 Corinthians 14: 37

We Can Trust That We Have God’s Message for Us Today • These authentic letters were copied and circulated by the early churches • The apostles were diligent to write it down for the church to have it after their death 2 Peter 1: 12 -15 • No dependence on oral tradition • All 27 N. T. books were generally accepted by 200, nearly two centuries before the first church council about canon of scripture (that council merely confirmed what was already believed)

We Can Trust That We Have God’s Message for Us Today • The text of the Old Testament was extremely carefully copied • Dead Sea scrolls confirm accuracy of Masoretic Text written 1000 years later • By comparing 25, 000 Greek manuscripts, all discrepancies can be traced back and eliminated • We can trust that we have the original message even if we do not have the original autographs

Scientific Foreknowledge in the Bible • Job 26: 7 “He hangs the earth on nothing” gravity discovered 3600 years later • Job 38: 7 “morning stars sang” • stars emit radio waves • Job 38: 15 “treasure of snow” • 15% more nitrogen than in rain • Psalm 8: 8 “the paths of the seas” Matthew Maury started oceanography from this verse! • The Author of the Bible is the Creator