WHY DID RATIONING START IN WORLD WAR II 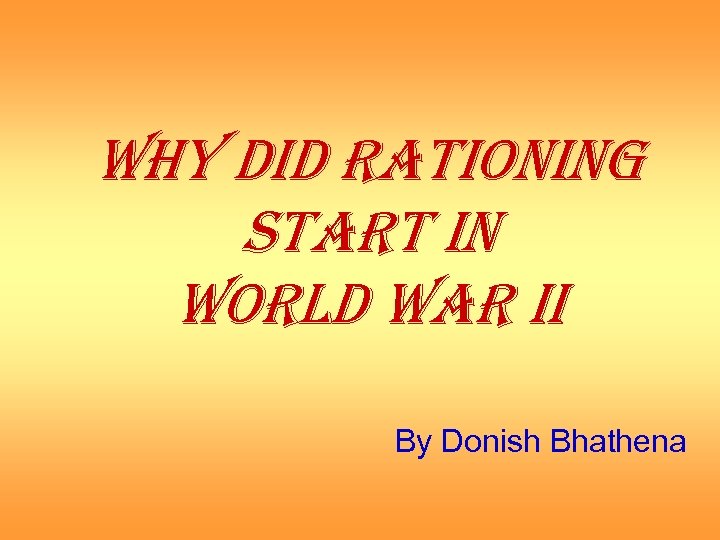 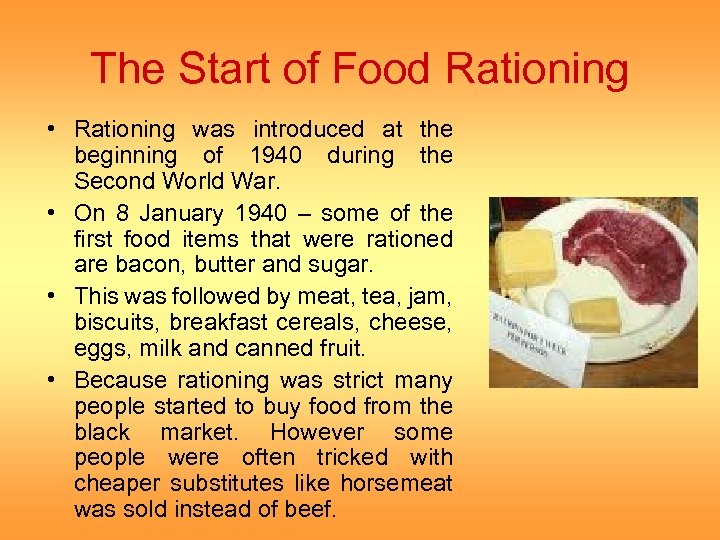 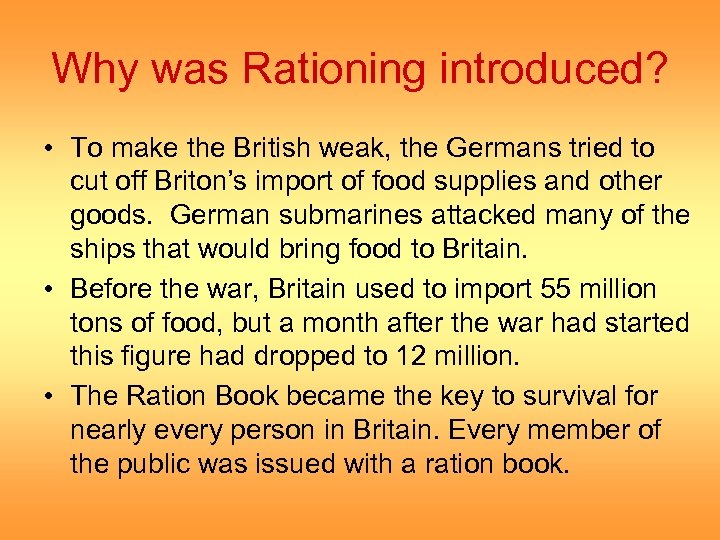 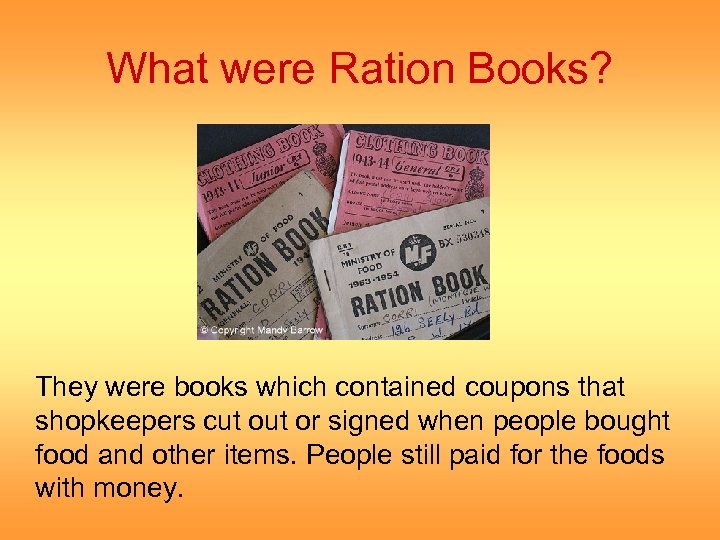 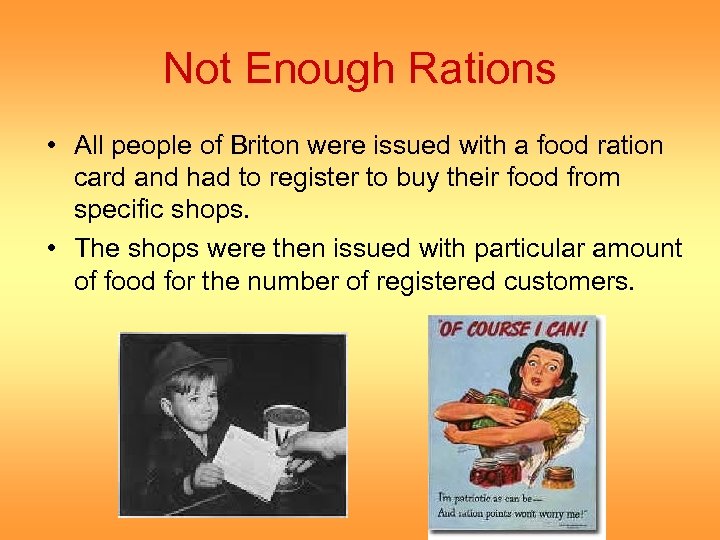 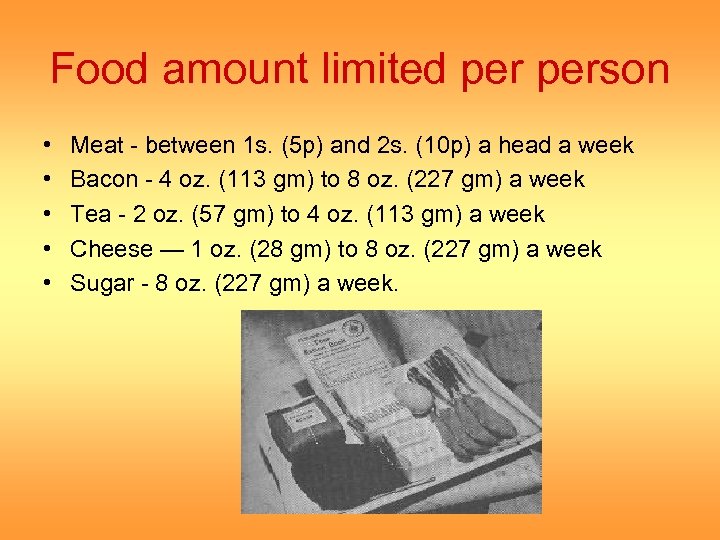 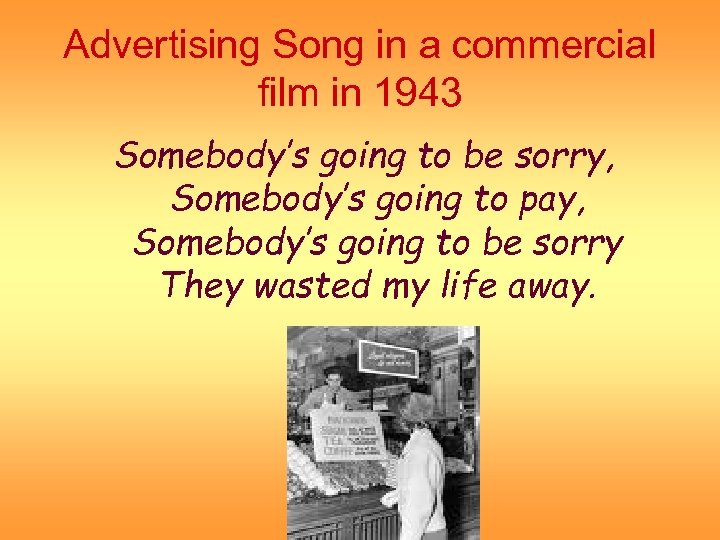 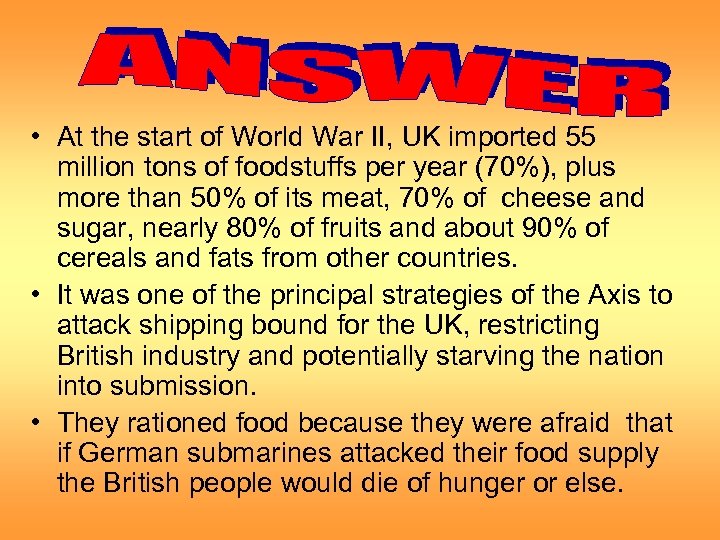 Скачать презентацию WHY DID RATIONING START IN WORLD WAR II

WHY DID RATIONING START IN WORLD WAR II By Donish Bhathena

The Start of Food Rationing • Rationing was introduced at the beginning of 1940 during the Second World War. • On 8 January 1940 – some of the first food items that were rationed are bacon, butter and sugar. • This was followed by meat, tea, jam, biscuits, breakfast cereals, cheese, eggs, milk and canned fruit. • Because rationing was strict many people started to buy food from the black market. However some people were often tricked with cheaper substitutes like horsemeat was sold instead of beef.

Why was Rationing introduced? • To make the British weak, the Germans tried to cut off Briton’s import of food supplies and other goods. German submarines attacked many of the ships that would bring food to Britain. • Before the war, Britain used to import 55 million tons of food, but a month after the war had started this figure had dropped to 12 million. • The Ration Book became the key to survival for nearly every person in Britain. Every member of the public was issued with a ration book.

What were Ration Books? They were books which contained coupons that shopkeepers cut or signed when people bought food and other items. People still paid for the foods with money.

Different Coloured Ration Books The colour of ration books was very important as it made sure that right amount and types of foods that was needed was given to the right people. Buff-coloured ration books - Most adults had this colour Green ration books - Pregnant women, nursing mothers and children under 5. They had first choice of fruit, a daily pint of milk and a double supply of eggs. Blue ration books - Children between 5 and 16 years of age. It was felt important that children had fruit, the full meat ration and half a pint of milk a day.

Not Enough Rations • All people of Briton were issued with a food ration card and had to register to buy their food from specific shops. • The shops were then issued with particular amount of food for the number of registered customers.

• At the start of World War II, UK imported 55 million tons of foodstuffs per year (70%), plus more than 50% of its meat, 70% of cheese and sugar, nearly 80% of fruits and about 90% of cereals and fats from other countries. • It was one of the principal strategies of the Axis to attack shipping bound for the UK, restricting British industry and potentially starving the nation into submission. • They rationed food because they were afraid that if German submarines attacked their food supply the British people would die of hunger or else.