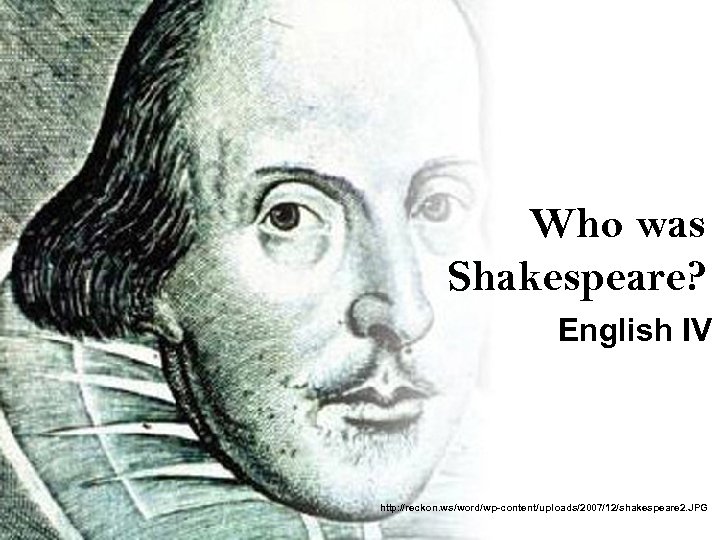 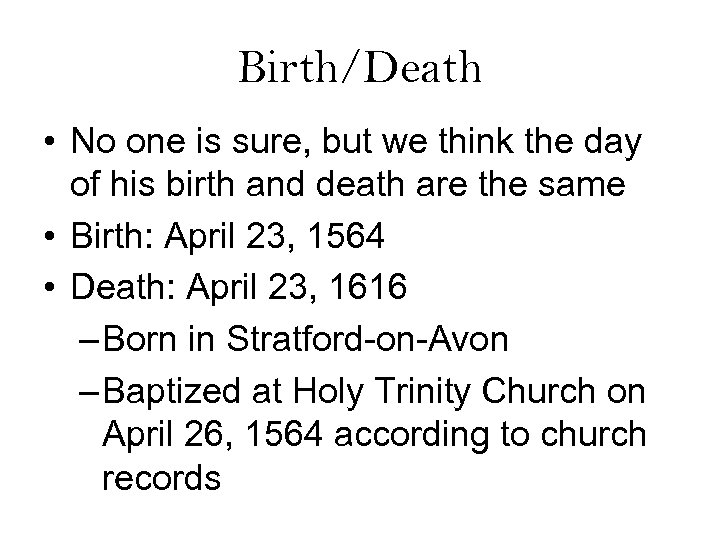 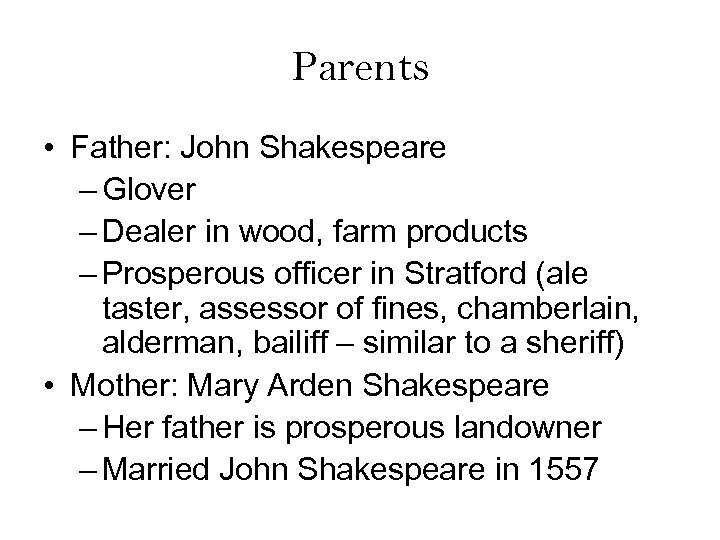 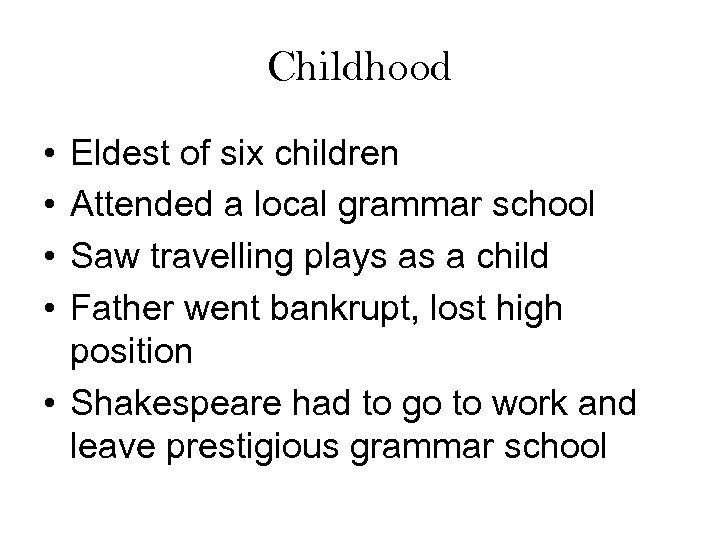 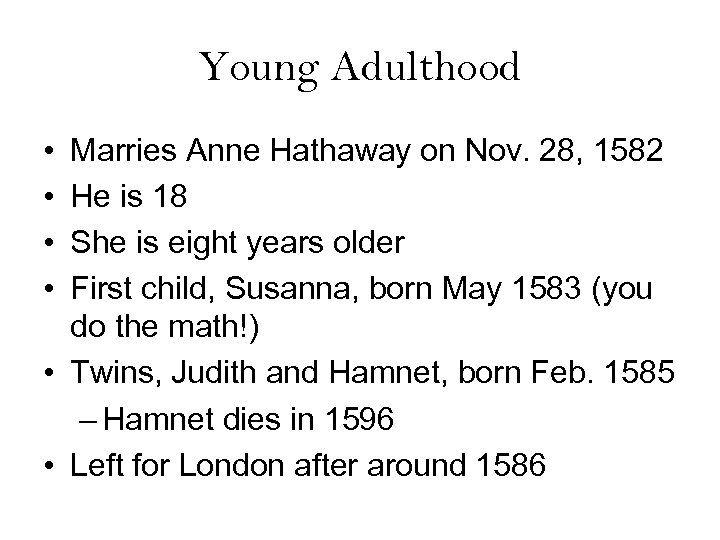 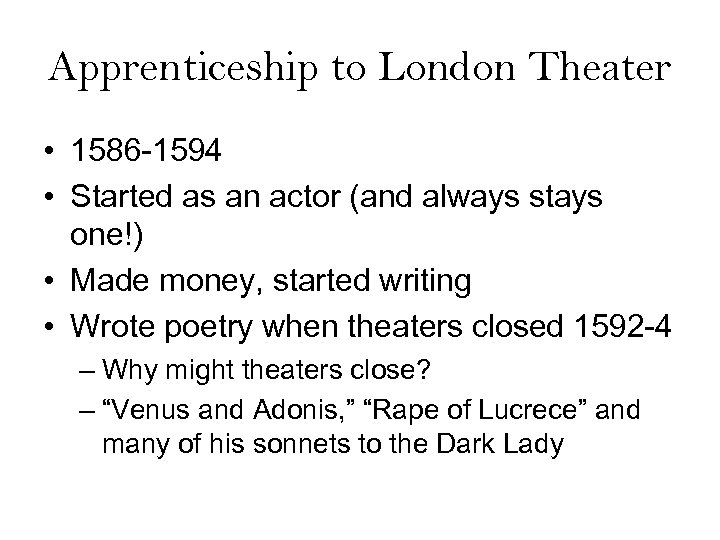 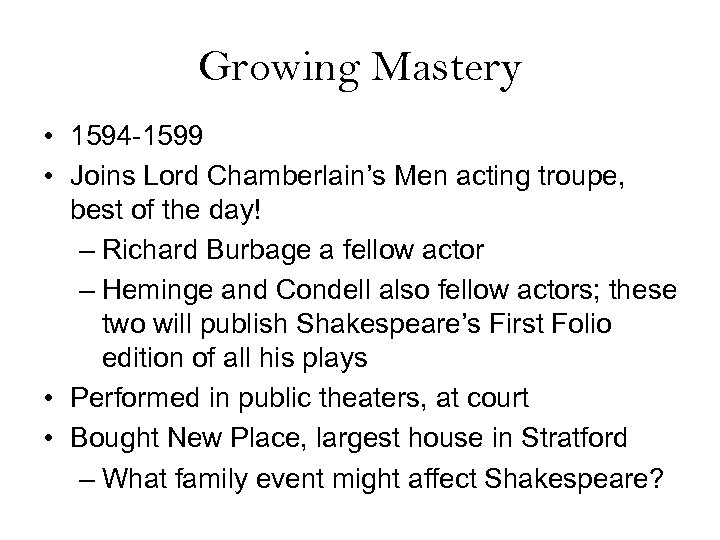 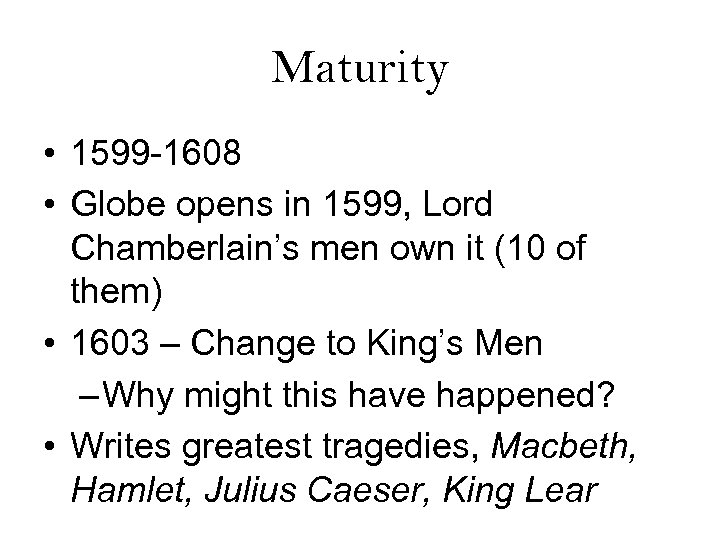 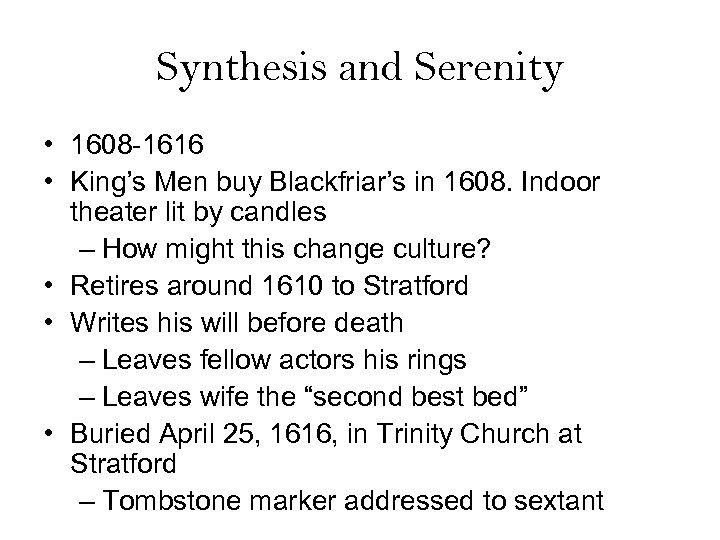 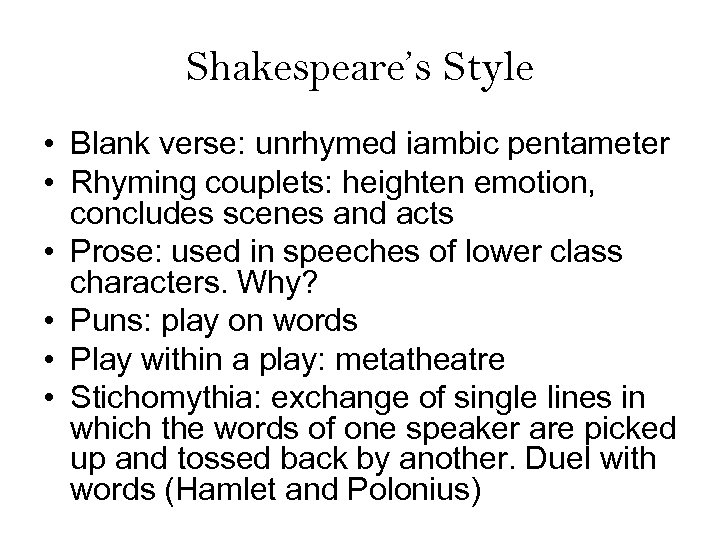 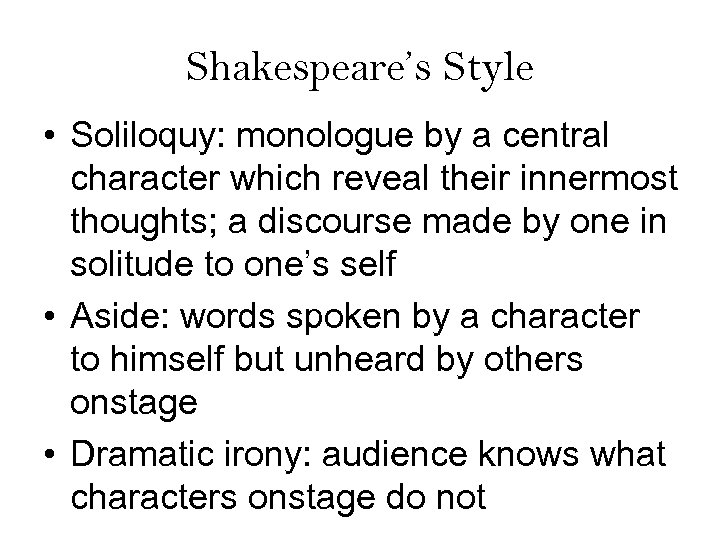 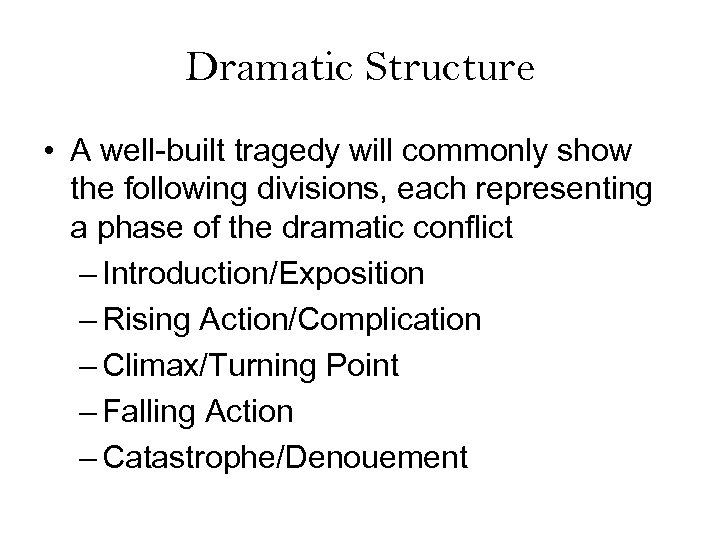 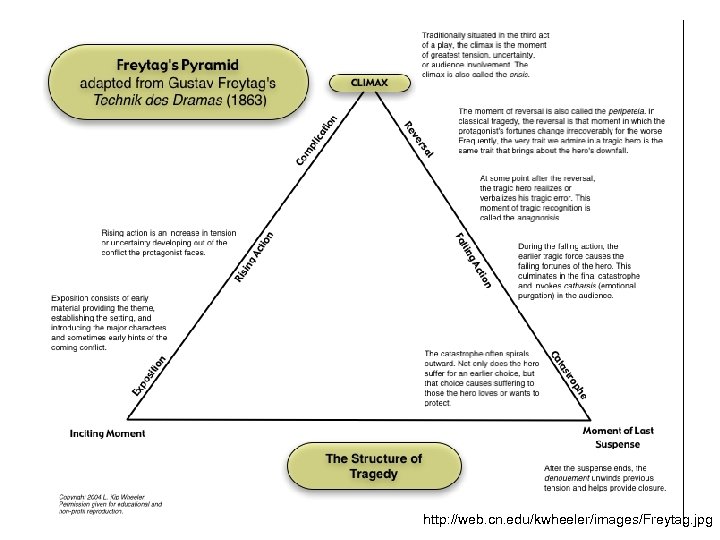 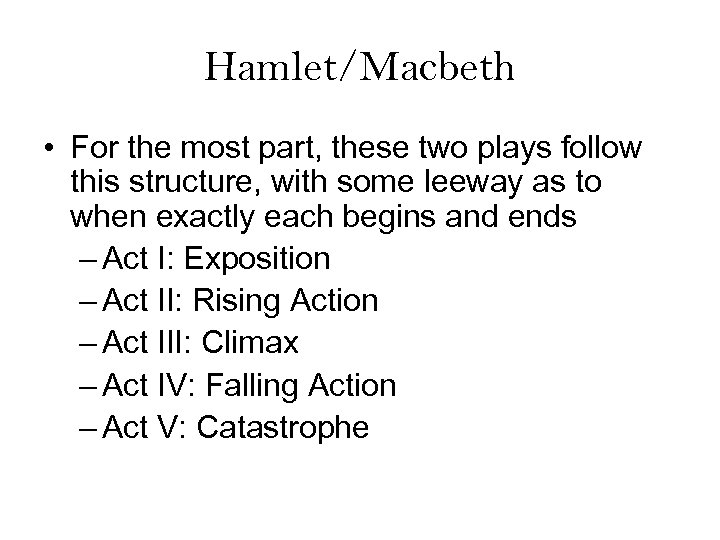 Apprenticeship to London Theater • 1586 -1594 • Started as an actor (and always stays one!) • Made money, started writing • Wrote poetry when theaters closed 1592 -4 – Why might theaters close? – “Venus and Adonis, ” “Rape of Lucrece” and many of his sonnets to the Dark Lady

Synthesis and Serenity • 1608 -1616 • King’s Men buy Blackfriar’s in 1608. Indoor theater lit by candles – How might this change culture? • Retires around 1610 to Stratford • Writes his will before death – Leaves fellow actors his rings – Leaves wife the “second best bed” • Buried April 25, 1616, in Trinity Church at Stratford – Tombstone marker addressed to sextant

Shakespeare’s Style • Blank verse: unrhymed iambic pentameter • Rhyming couplets: heighten emotion, concludes scenes and acts • Prose: used in speeches of lower class characters. Why? • Puns: play on words • Play within a play: metatheatre • Stichomythia: exchange of single lines in which the words of one speaker are picked up and tossed back by another. Duel with words (Hamlet and Polonius)

Shakespeare’s Style • Soliloquy: monologue by a central character which reveal their innermost thoughts; a discourse made by one in solitude to one’s self • Aside: words spoken by a character to himself but unheard by others onstage • Dramatic irony: audience knows what characters onstage do not

Hamlet/Macbeth • For the most part, these two plays follow this structure, with some leeway as to when exactly each begins and ends – Act I: Exposition – Act II: Rising Action – Act III: Climax – Act IV: Falling Action – Act V: Catastrophe