When Panicked Investors Commander the Company Presented at 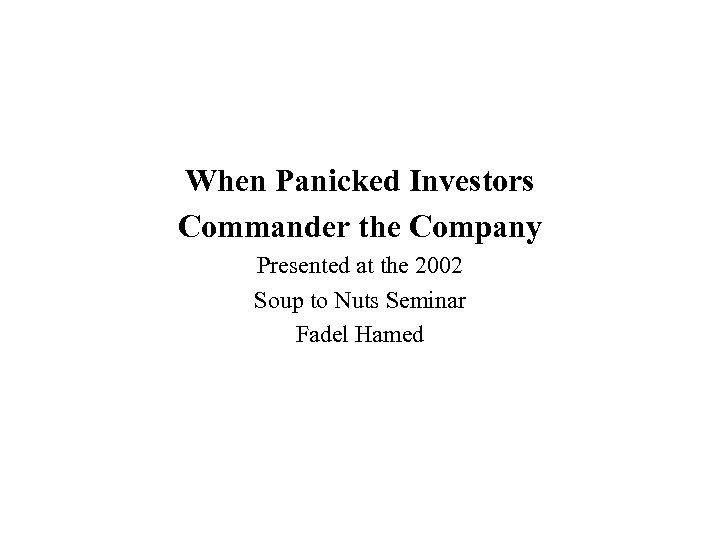 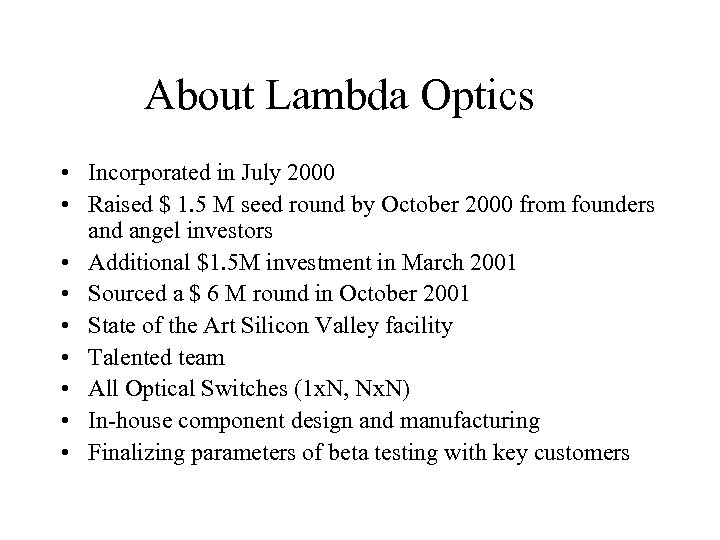 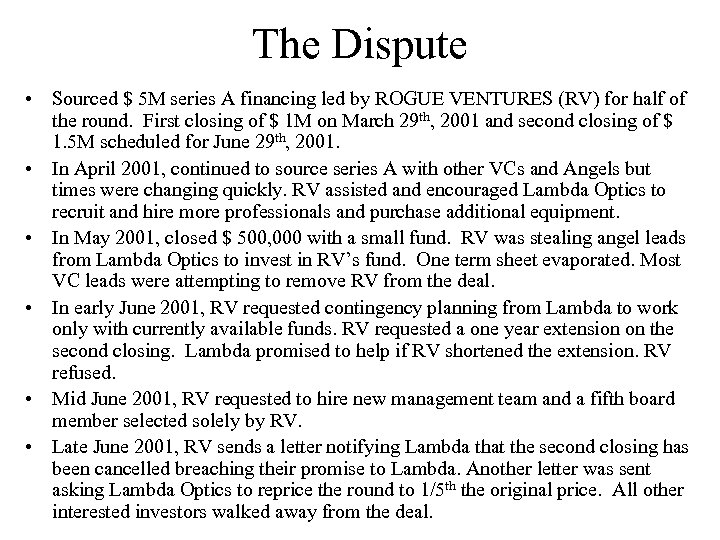 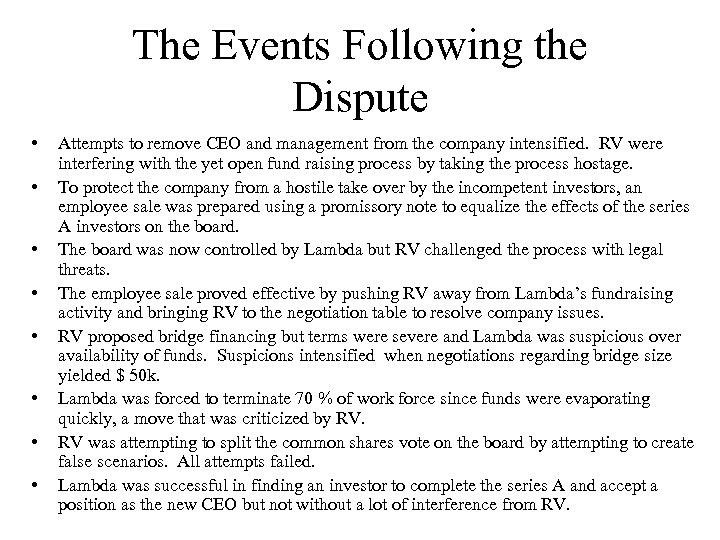 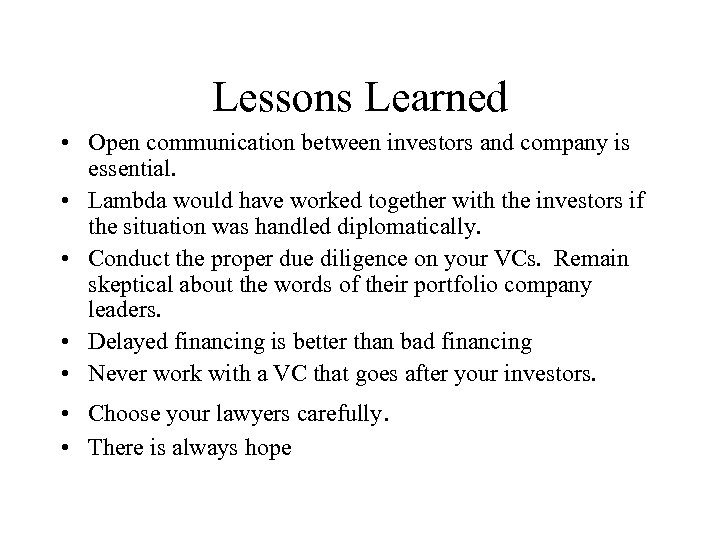 Скачать презентацию When Panicked Investors Commander the Company Presented at

The Dispute • Sourced $ 5 M series A financing led by ROGUE VENTURES (RV) for half of the round. First closing of $ 1 M on March 29 th, 2001 and second closing of $ 1. 5 M scheduled for June 29 th, 2001. • In April 2001, continued to source series A with other VCs and Angels but times were changing quickly. RV assisted and encouraged Lambda Optics to recruit and hire more professionals and purchase additional equipment. • In May 2001, closed $ 500, 000 with a small fund. RV was stealing angel leads from Lambda Optics to invest in RV’s fund. One term sheet evaporated. Most VC leads were attempting to remove RV from the deal. • In early June 2001, RV requested contingency planning from Lambda to work only with currently available funds. RV requested a one year extension on the second closing. Lambda promised to help if RV shortened the extension. RV refused. • Mid June 2001, RV requested to hire new management team and a fifth board member selected solely by RV. • Late June 2001, RV sends a letter notifying Lambda that the second closing has been cancelled breaching their promise to Lambda. Another letter was sent asking Lambda Optics to reprice the round to 1/5 th the original price. All other interested investors walked away from the deal.

The Events Following the Dispute • • Attempts to remove CEO and management from the company intensified. RV were interfering with the yet open fund raising process by taking the process hostage. To protect the company from a hostile take over by the incompetent investors, an employee sale was prepared using a promissory note to equalize the effects of the series A investors on the board. The board was now controlled by Lambda but RV challenged the process with legal threats. The employee sale proved effective by pushing RV away from Lambda’s fundraising activity and bringing RV to the negotiation table to resolve company issues. RV proposed bridge financing but terms were severe and Lambda was suspicious over availability of funds. Suspicions intensified when negotiations regarding bridge size yielded $ 50 k. Lambda was forced to terminate 70 % of work force since funds were evaporating quickly, a move that was criticized by RV. RV was attempting to split the common shares vote on the board by attempting to create false scenarios. All attempts failed. Lambda was successful in finding an investor to complete the series A and accept a position as the new CEO but not without a lot of interference from RV.

Lessons Learned • Open communication between investors and company is essential. • Lambda would have worked together with the investors if the situation was handled diplomatically. • Conduct the proper due diligence on your VCs. Remain skeptical about the words of their portfolio company leaders. • Delayed financing is better than bad financing • Never work with a VC that goes after your investors. • Choose your lawyers carefully. • There is always hope

Do you know the basics? The Key Financial