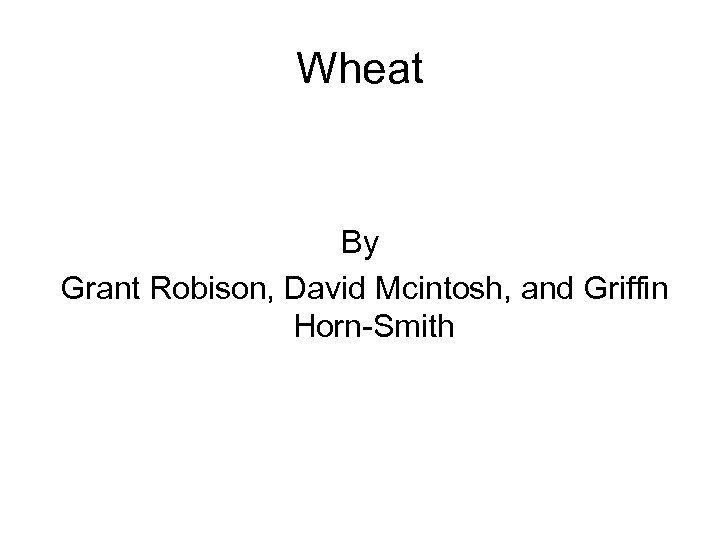 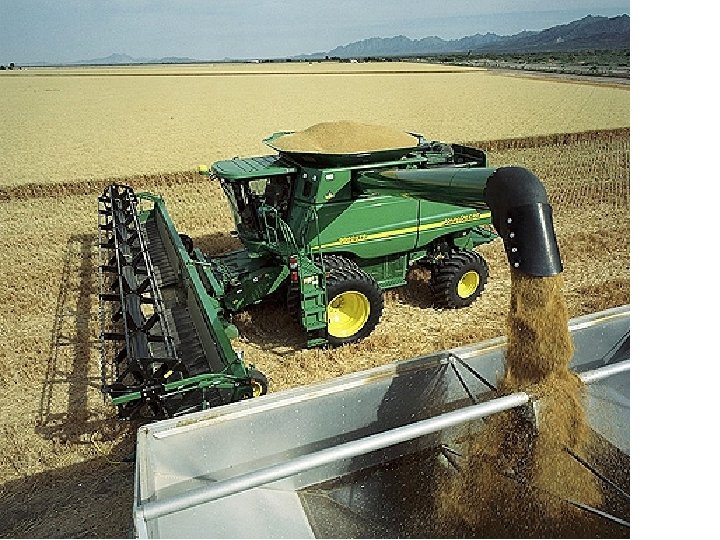 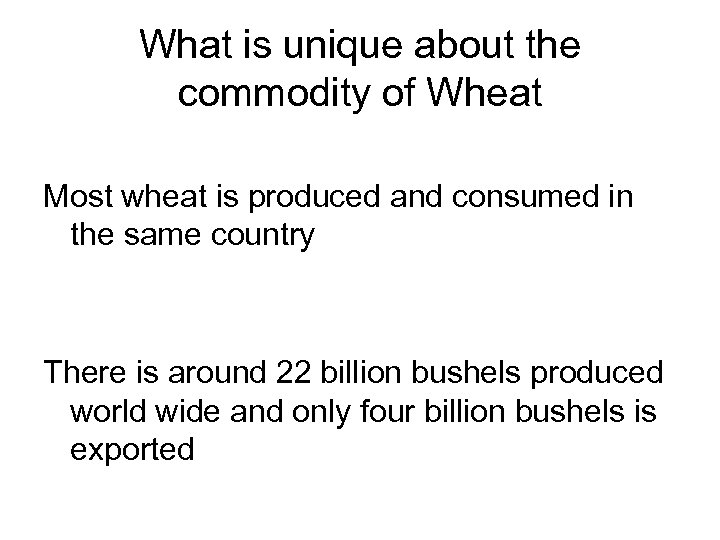 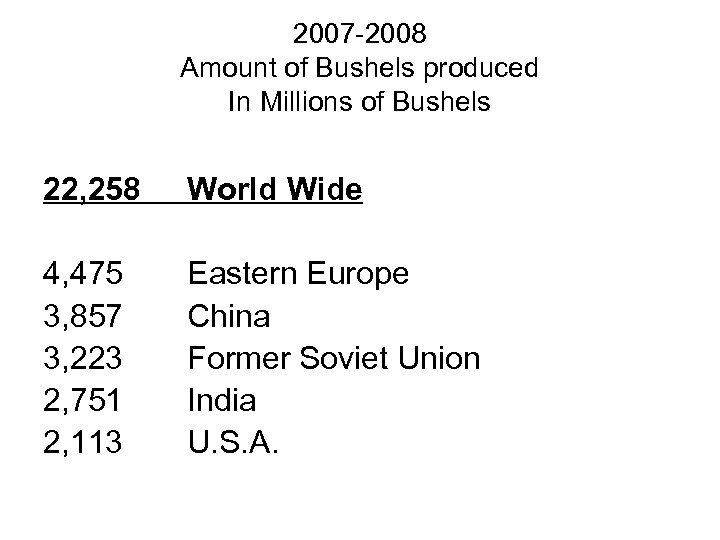 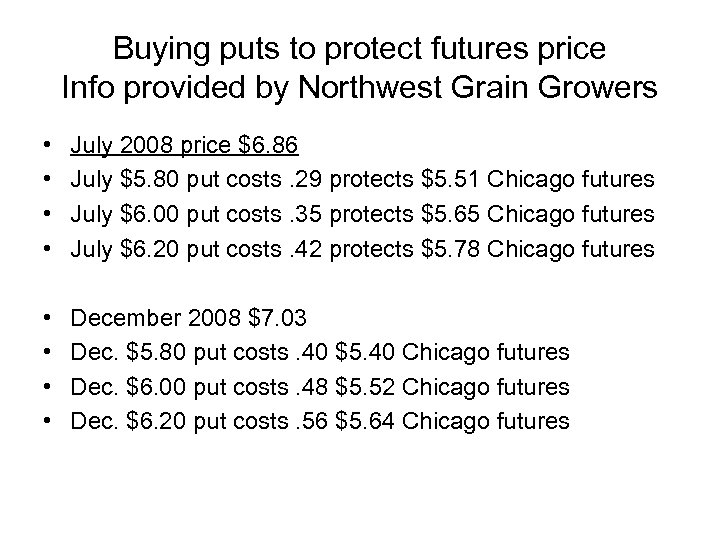 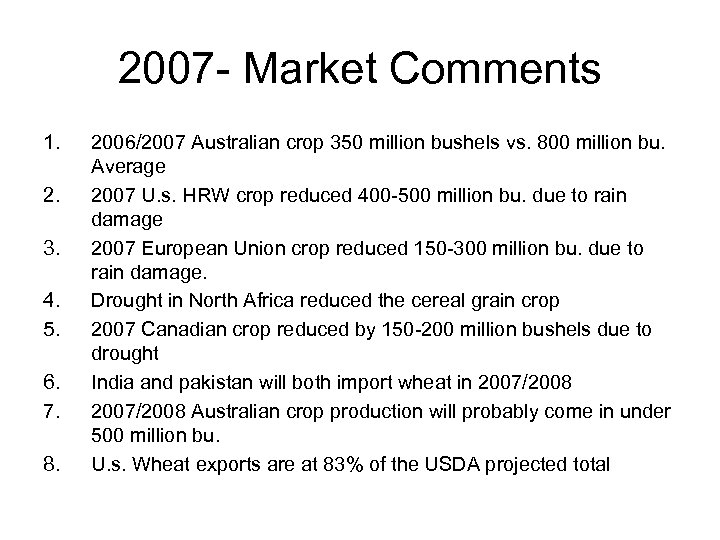 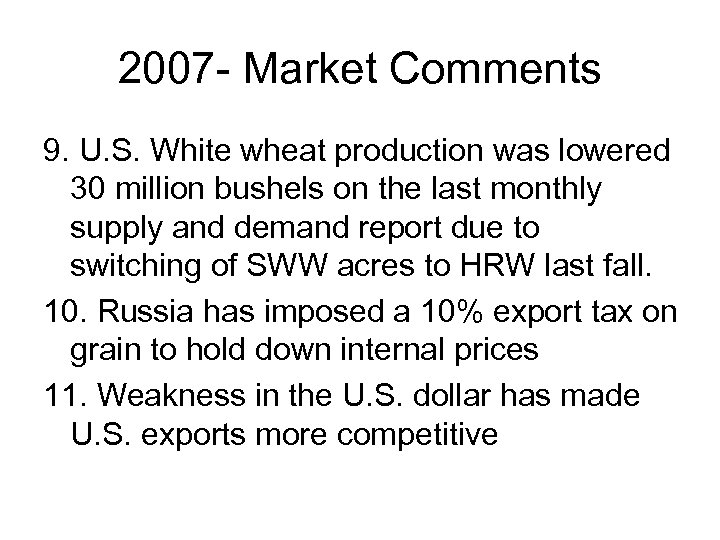 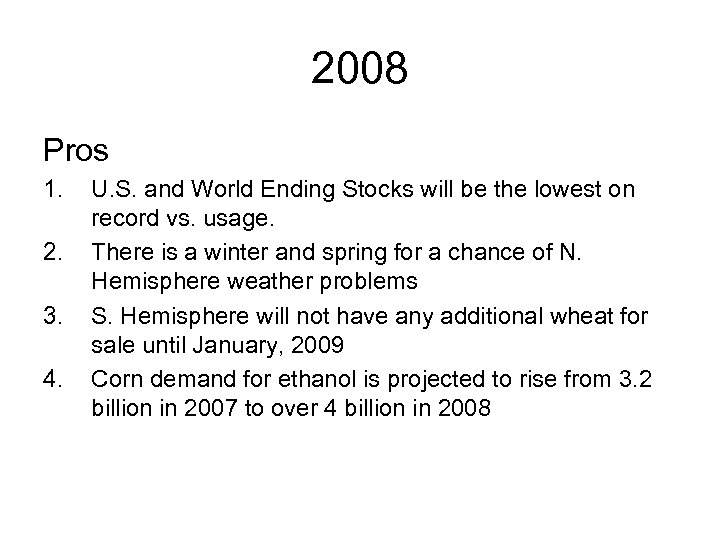 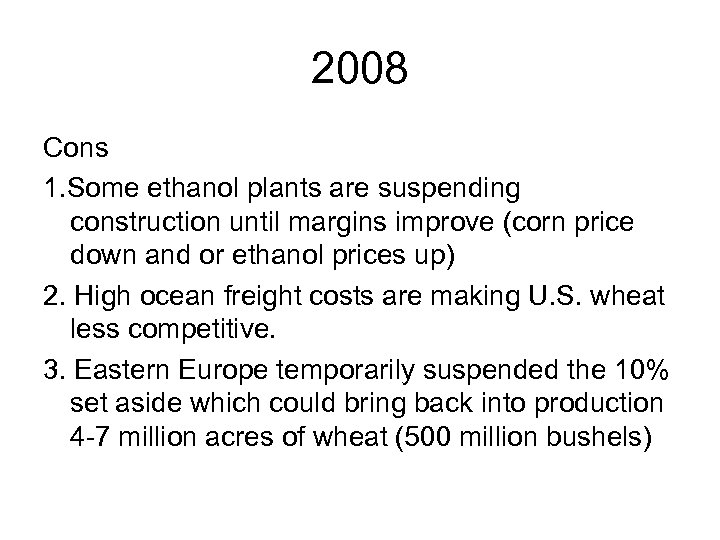 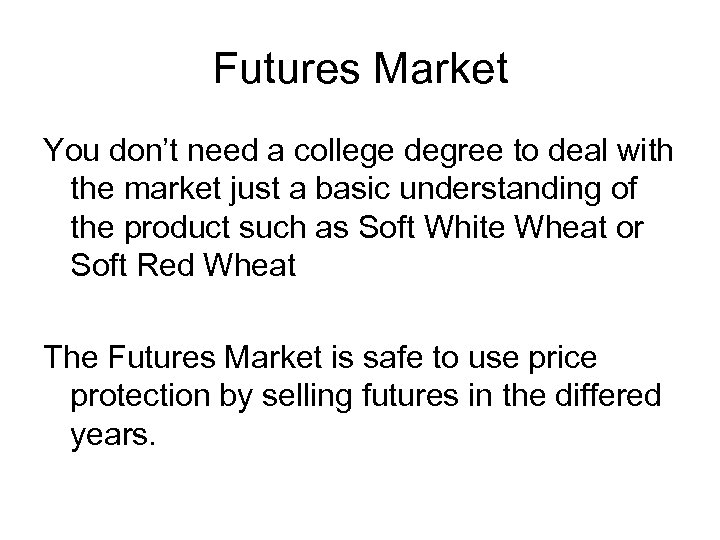 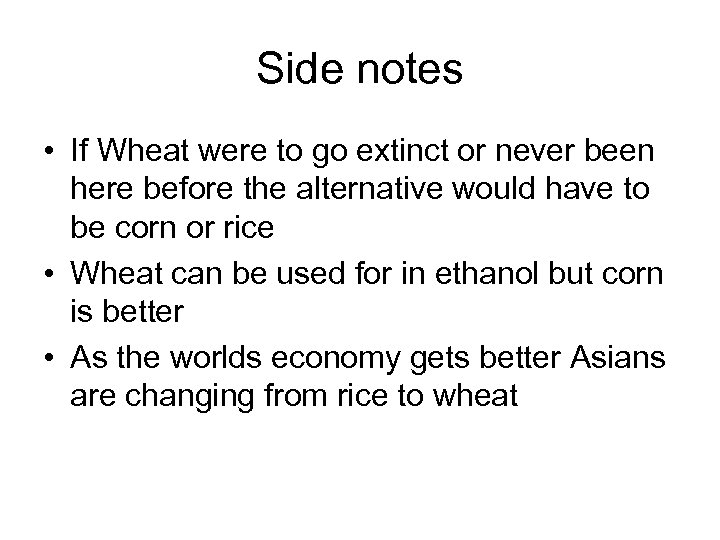 Reasons to buy a put Dave Gordon Northwest Grain Growers Director 1. The put will protect a minimum price on the Chicago futures market 2. If the price increases you will be able to capture the increased cash market 3. Until you have a better idea of yield, the put will allow you to protect bushels above the amount you fell comfortable to sell.

2007 - Market Comments 9. U. S. White wheat production was lowered 30 million bushels on the last monthly supply and demand report due to switching of SWW acres to HRW last fall. 10. Russia has imposed a 10% export tax on grain to hold down internal prices 11. Weakness in the U. S. dollar has made U. S. exports more competitive

2008 Pros 1. 2. 3. 4. U. S. and World Ending Stocks will be the lowest on record vs. usage. There is a winter and spring for a chance of N. Hemisphere weather problems S. Hemisphere will not have any additional wheat for sale until January, 2009 Corn demand for ethanol is projected to rise from 3. 2 billion in 2007 to over 4 billion in 2008

2008 Cons 1. Some ethanol plants are suspending construction until margins improve (corn price down and or ethanol prices up) 2. High ocean freight costs are making U. S. wheat less competitive. 3. Eastern Europe temporarily suspended the 10% set aside which could bring back into production 4 -7 million acres of wheat (500 million bushels)

Futures Market You don’t need a college degree to deal with the market just a basic understanding of the product such as Soft White Wheat or Soft Red Wheat The Futures Market is safe to use price protection by selling futures in the differed years.