What is the Church 1 The Importance 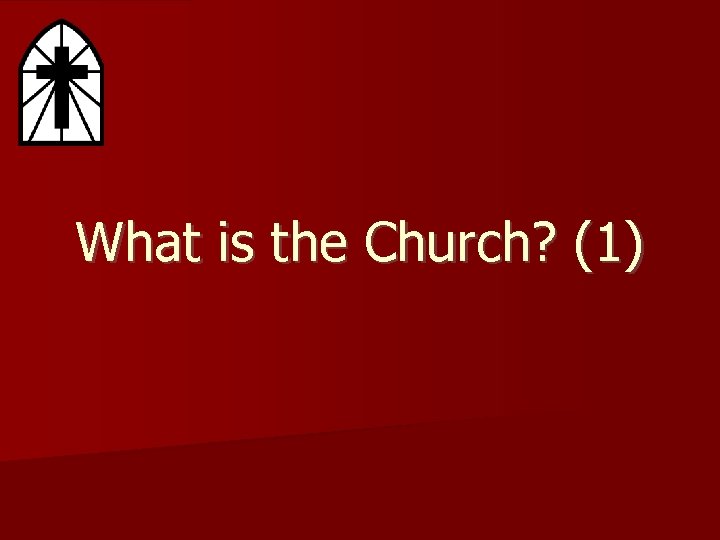 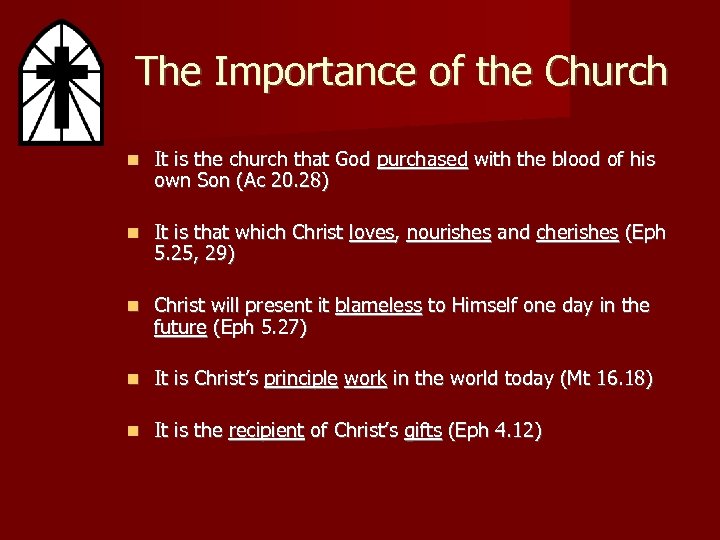 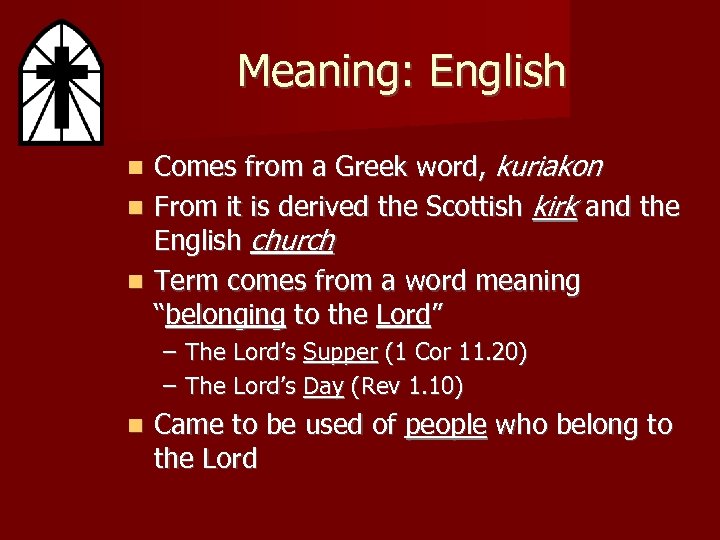 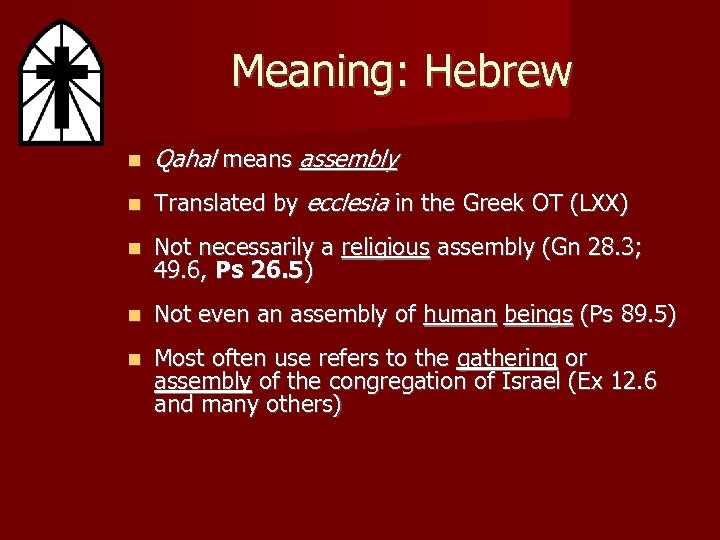 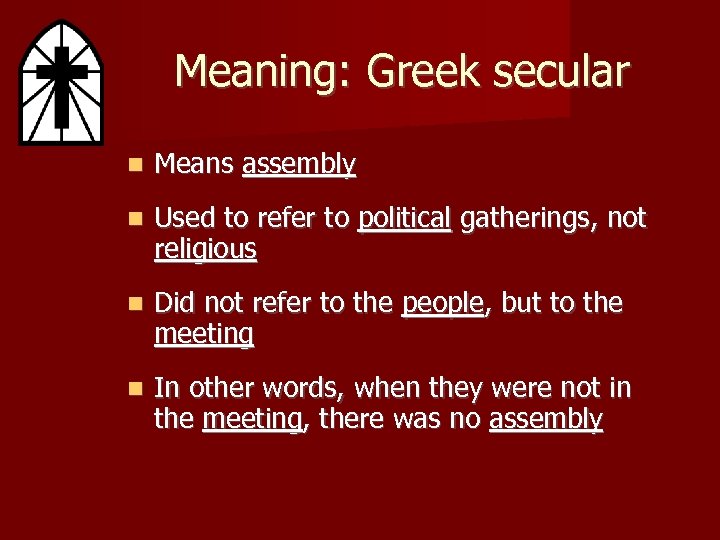 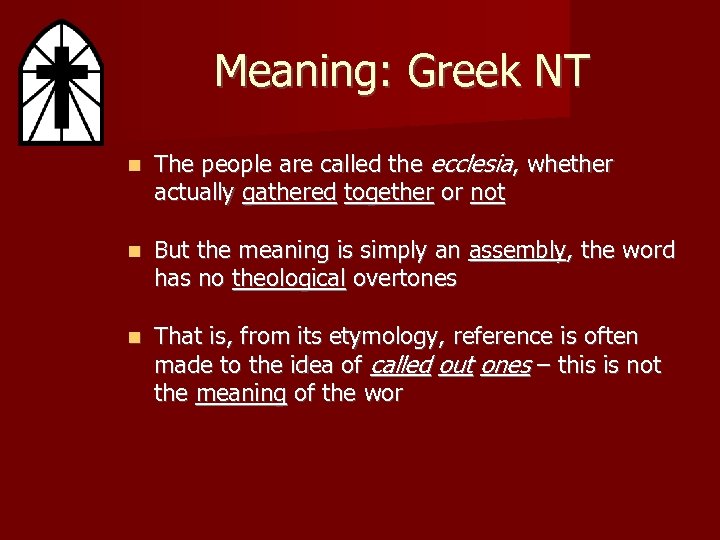 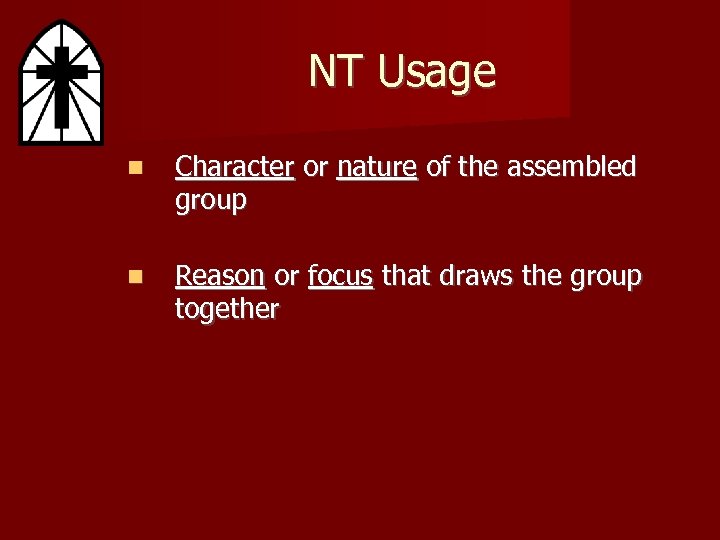 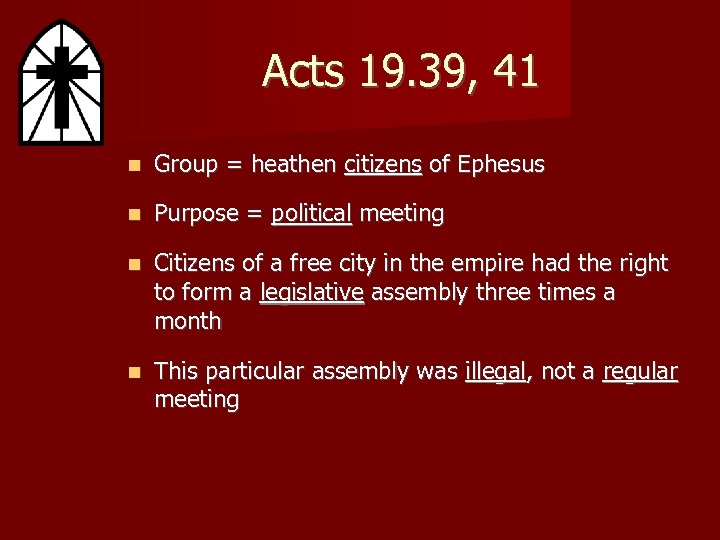 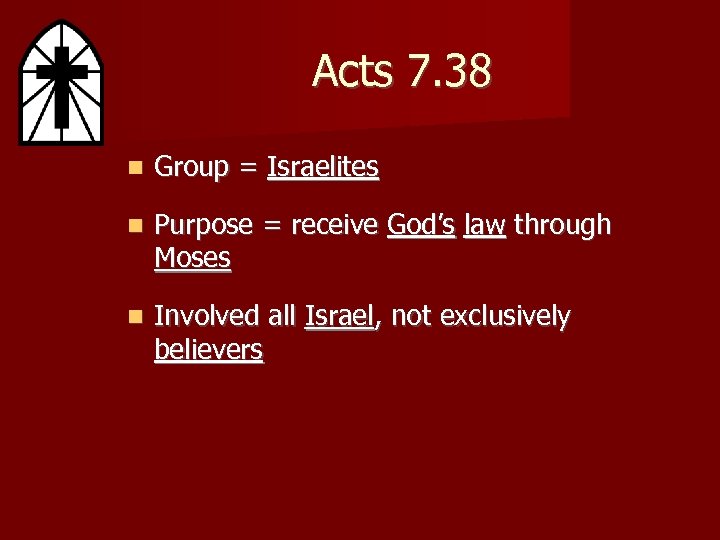 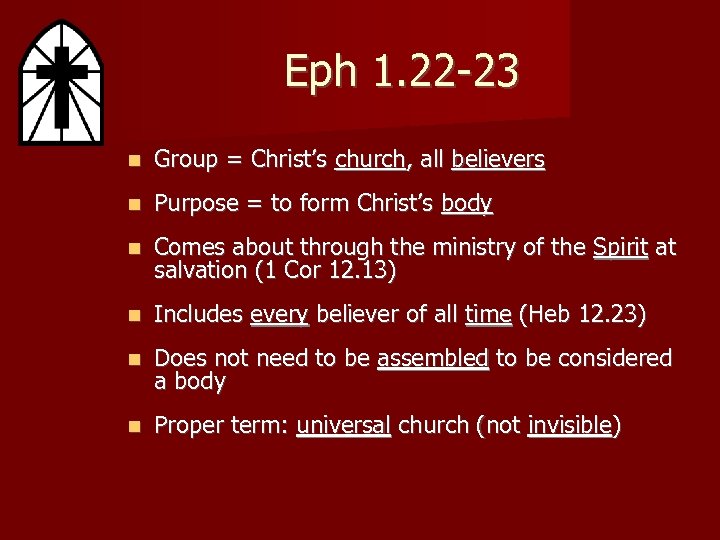 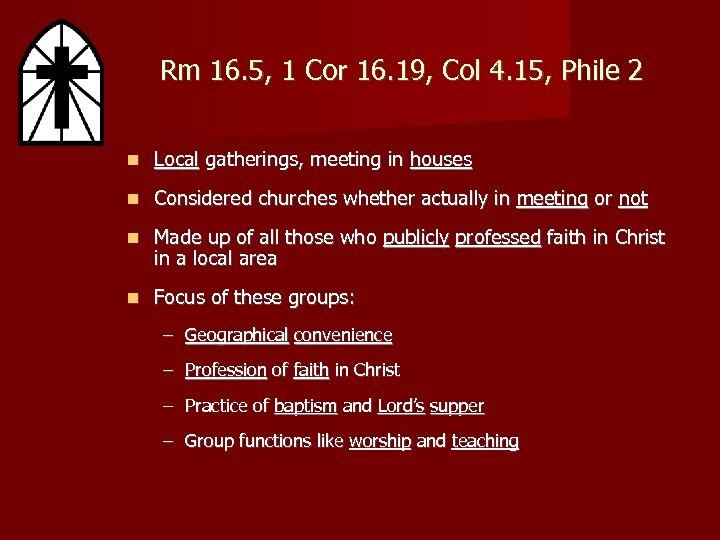 Скачать презентацию What is the Church 1 The Importance

The Importance of the Church It is the church that God purchased with the blood of his own Son (Ac 20. 28) It is that which Christ loves, nourishes and cherishes (Eph 5. 25, 29) Christ will present it blameless to Himself one day in the future (Eph 5. 27) It is Christ’s principle work in the world today (Mt 16. 18) It is the recipient of Christ’s gifts (Eph 4. 12)

Meaning: English Comes from a Greek word, kuriakon From it is derived the Scottish kirk and the English church Term comes from a word meaning “belonging to the Lord” – The Lord’s Supper (1 Cor 11. 20) – The Lord’s Day (Rev 1. 10) Came to be used of people who belong to the Lord

Meaning: Hebrew Qahal means assembly Translated by ecclesia in the Greek OT (LXX) Not necessarily a religious assembly (Gn 28. 3; 49. 6, Ps 26. 5) Not even an assembly of human beings (Ps 89. 5) Most often use refers to the gathering or assembly of the congregation of Israel (Ex 12. 6 and many others)

Meaning: Greek secular Means assembly Used to refer to political gatherings, not religious Did not refer to the people, but to the meeting In other words, when they were not in the meeting, there was no assembly

Meaning: Greek NT The people are called the ecclesia, whether actually gathered together or not But the meaning is simply an assembly, the word has no theological overtones That is, from its etymology, reference is often made to the idea of called out ones – this is not the meaning of the wor

Acts 19. 39, 41 Group = heathen citizens of Ephesus Purpose = political meeting Citizens of a free city in the empire had the right to form a legislative assembly three times a month This particular assembly was illegal, not a regular meeting

Eph 1. 22 -23 Group = Christ’s church, all believers Purpose = to form Christ’s body Comes about through the ministry of the Spirit at salvation (1 Cor 12. 13) Includes every believer of all time (Heb 12. 23) Does not need to be assembled to be considered a body Proper term: universal church (not invisible)

Rm 16. 5, 1 Cor 16. 19, Col 4. 15, Phile 2 Local gatherings, meeting in houses Considered churches whether actually in meeting or not Made up of all those who publicly professed faith in Christ in a local area Focus of these groups: – Geographical convenience – Profession of faith in Christ – Practice of baptism and Lord’s supper – Group functions like worship and teaching