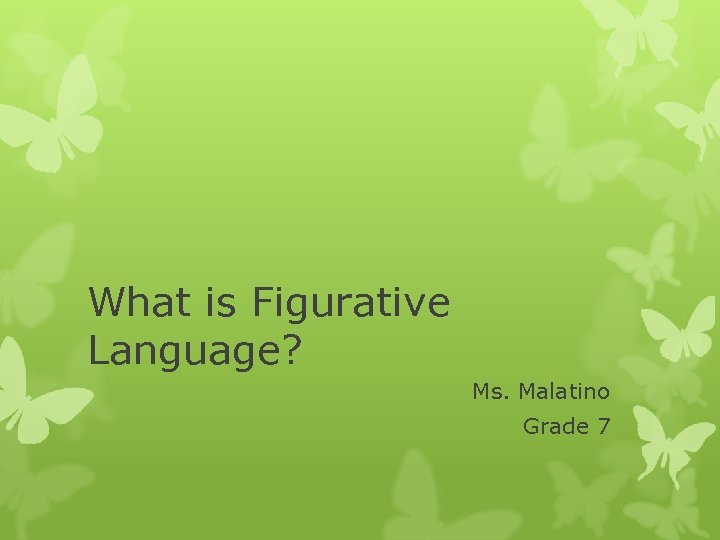 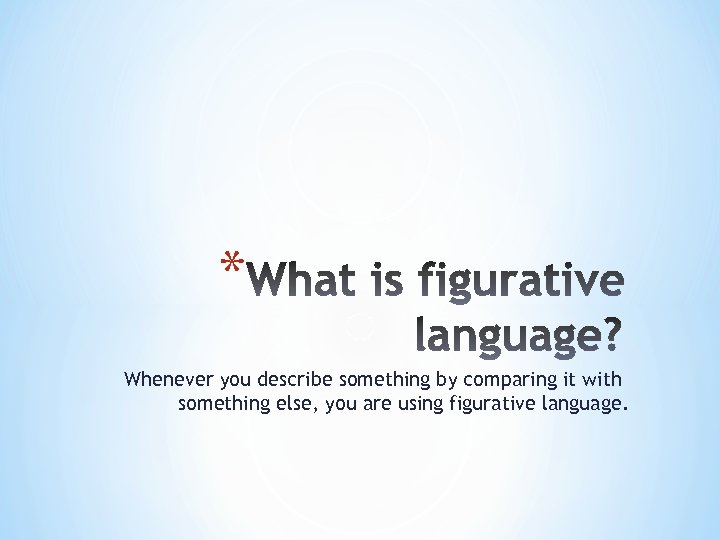 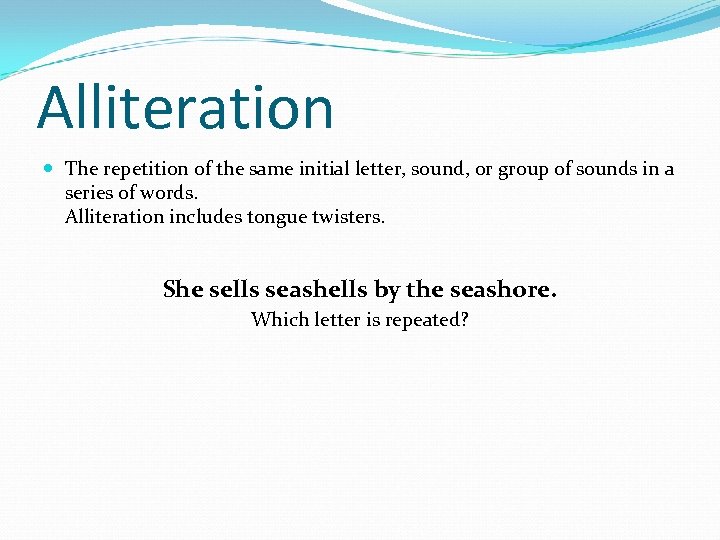 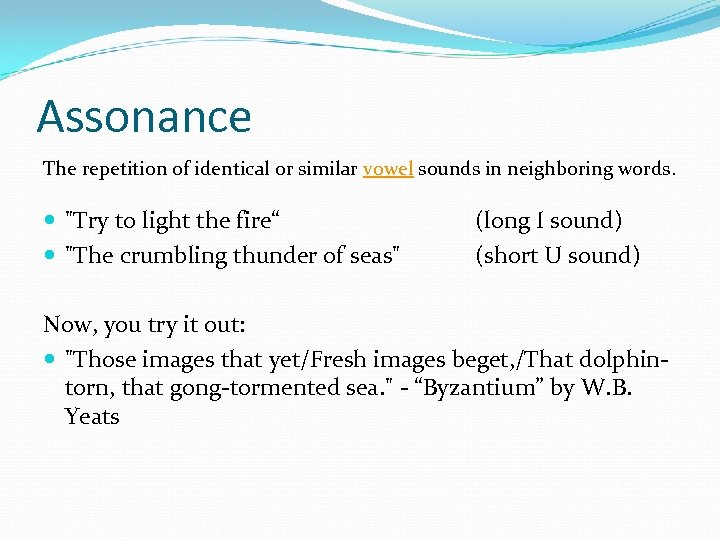 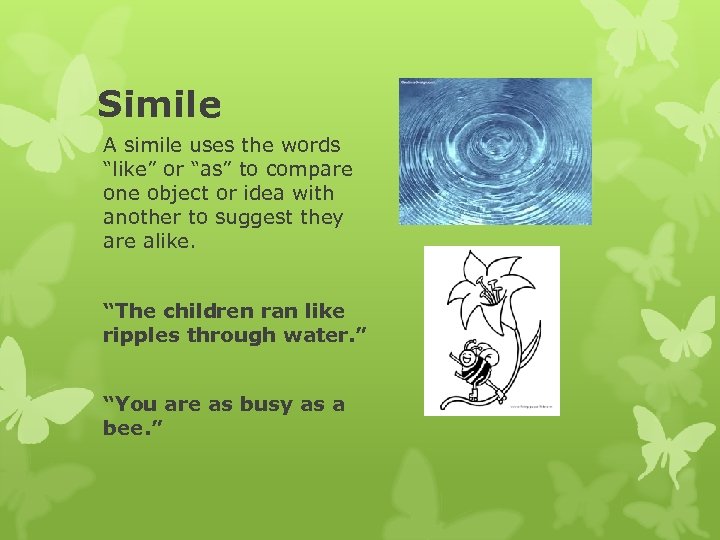 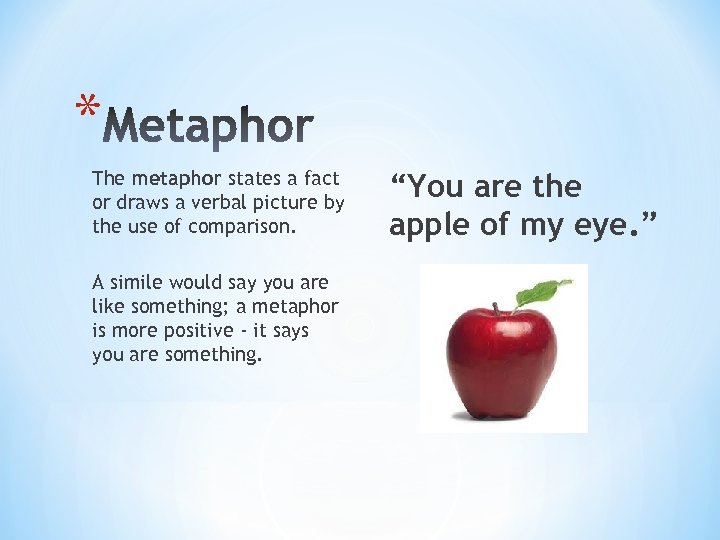 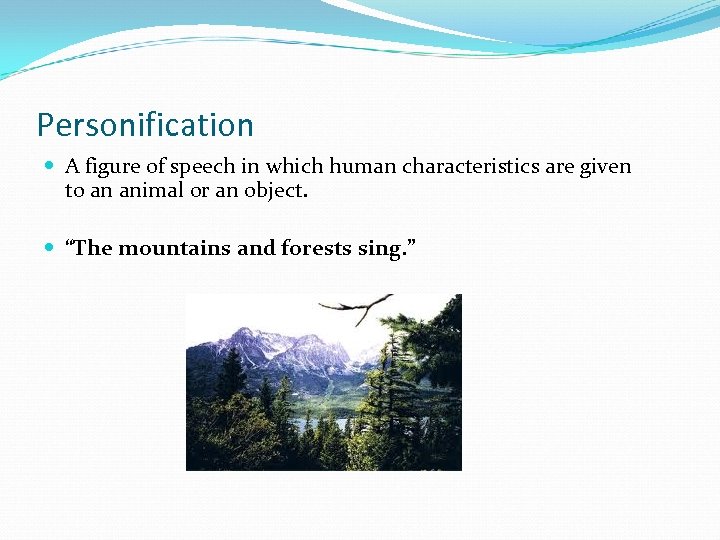 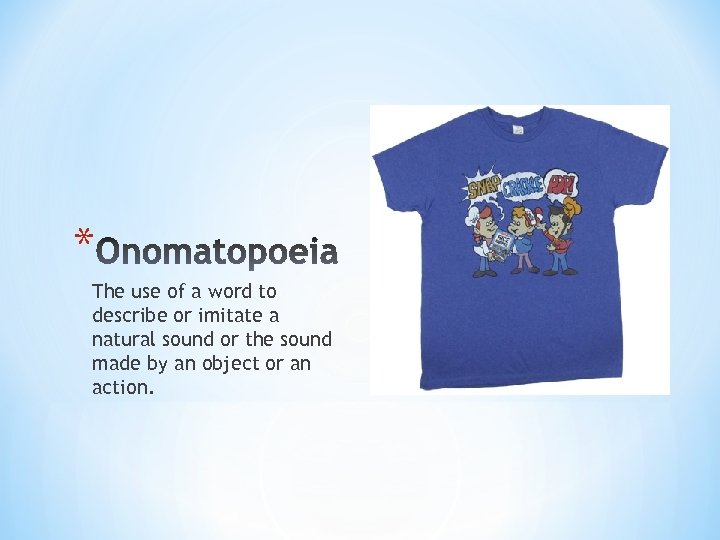 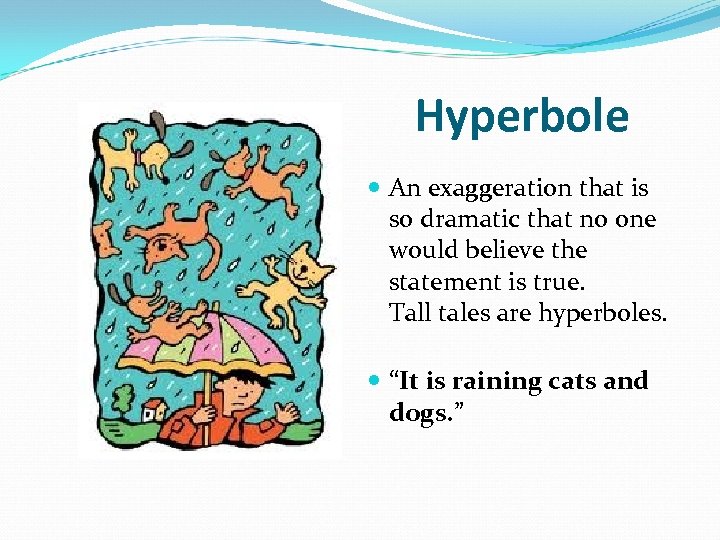 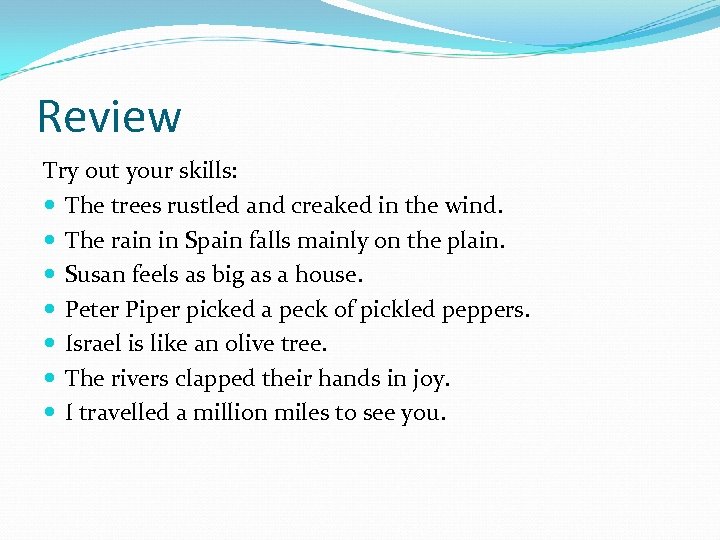 * Whenever you describe something by comparing it with something else, you are using figurative language.

Alliteration The repetition of the same initial letter, sound, or group of sounds in a series of words. Alliteration includes tongue twisters. She sells seashells by the seashore. Which letter is repeated?

Assonance The repetition of identical or similar vowel sounds in neighboring words. "Try to light the fire“ "The crumbling thunder of seas" (long I sound) (short U sound) Now, you try it out: "Those images that yet/Fresh images beget, /That dolphintorn, that gong-tormented sea. " - “Byzantium” by W. B. Yeats

Simile A simile uses the words “like” or “as” to compare one object or idea with another to suggest they are alike. “The children ran like ripples through water. ” “You are as busy as a bee. ”

* The metaphor states a fact or draws a verbal picture by the use of comparison. A simile would say you are like something; a metaphor is more positive - it says you are something. “You are the apple of my eye. ”

Personification A figure of speech in which human characteristics are given to an animal or an object. “The mountains and forests sing. ”

* The use of a word to describe or imitate a natural sound or the sound made by an object or an action.

Hyperbole An exaggeration that is so dramatic that no one would believe the statement is true. Tall tales are hyperboles. “It is raining cats and dogs. ”

Review Try out your skills: The trees rustled and creaked in the wind. The rain in Spain falls mainly on the plain. Susan feels as big as a house. Peter Piper picked a peck of pickled peppers. Israel is like an olive tree. The rivers clapped their hands in joy. I travelled a million miles to see you.