WHAT DO YOU KNOW ABOUT FASHION IN BRITAIN 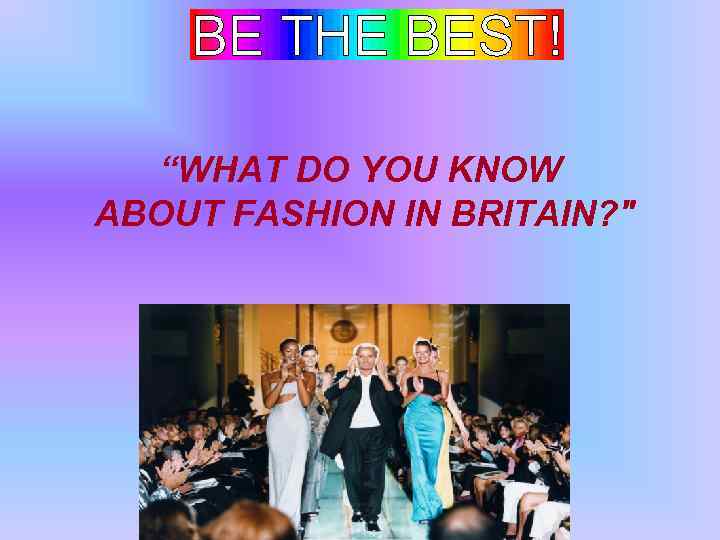 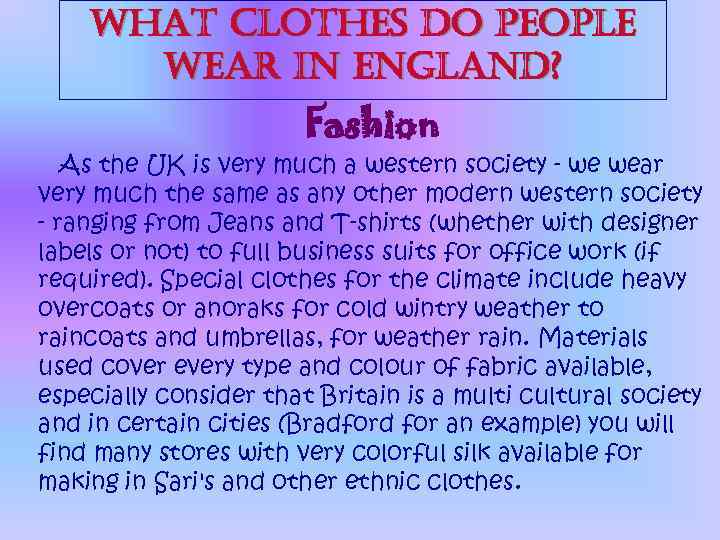 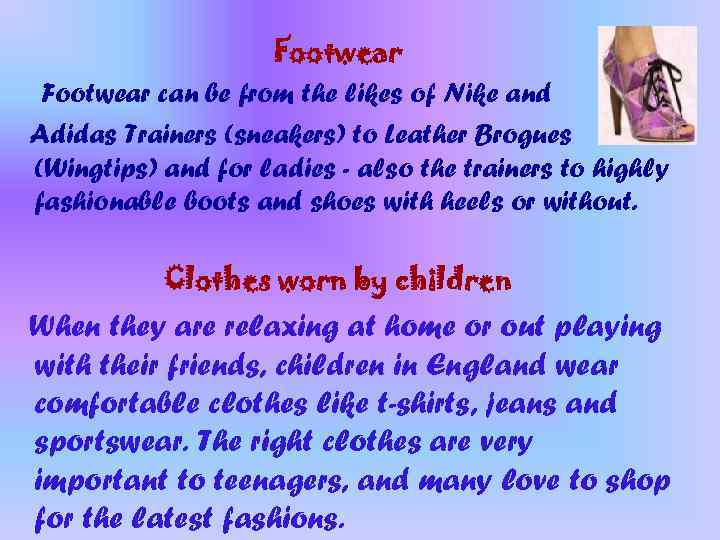 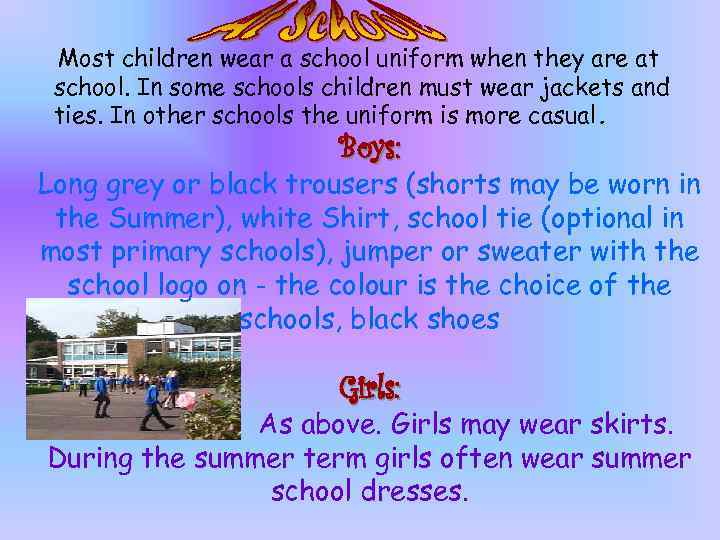 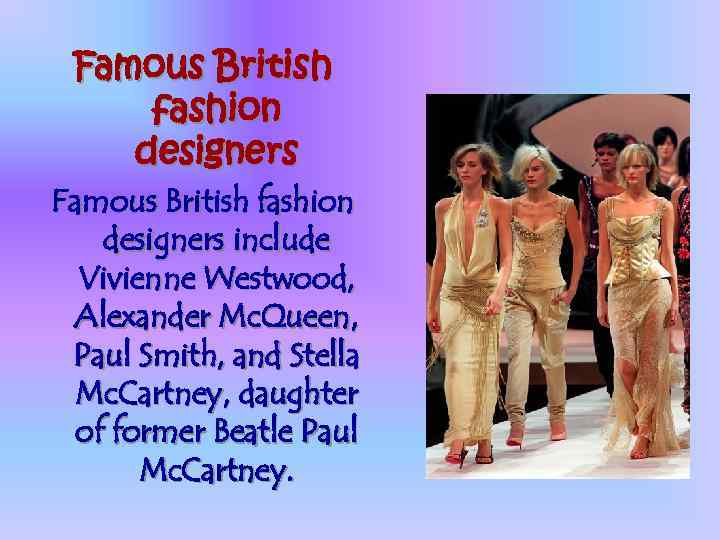 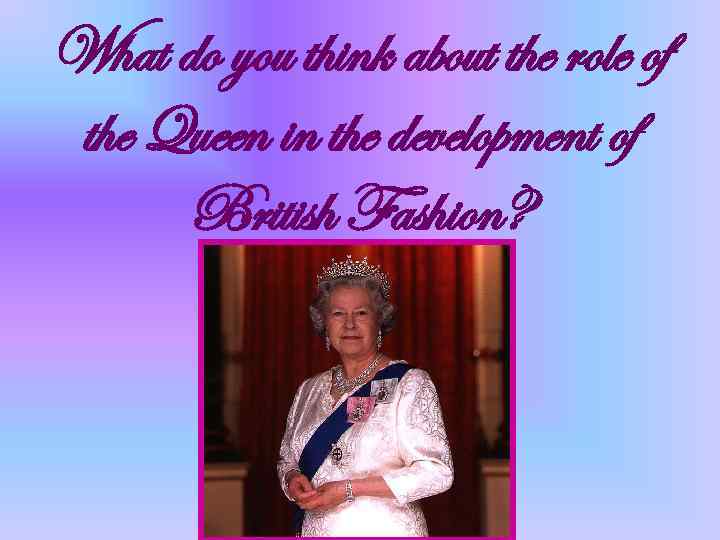 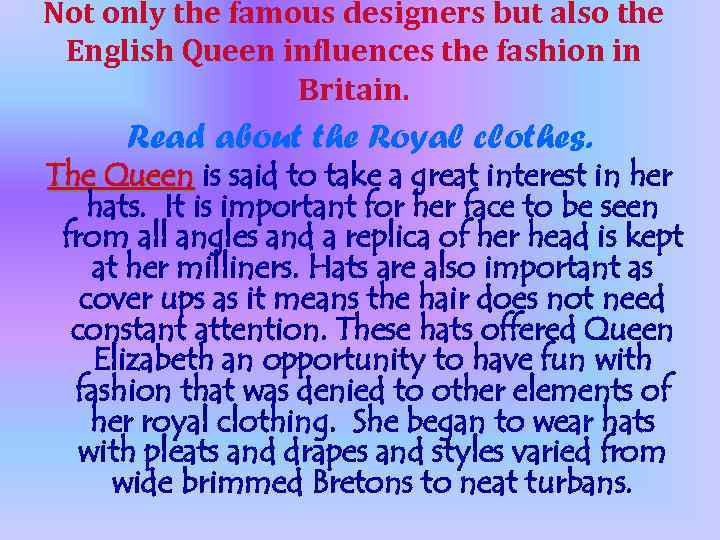 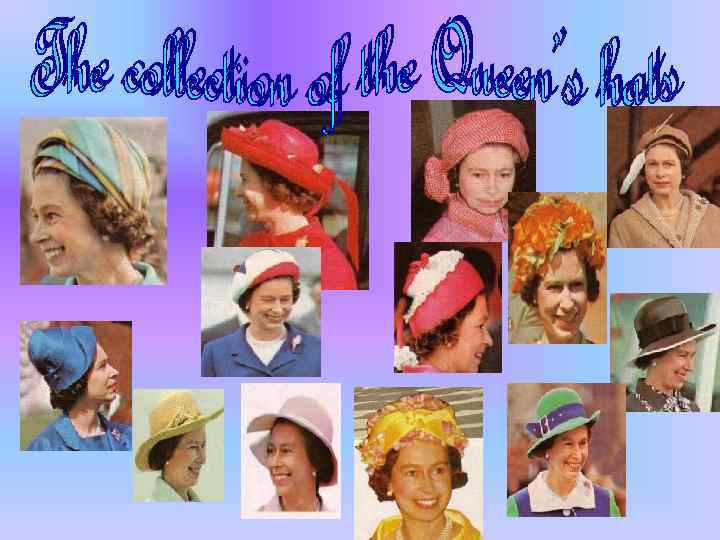 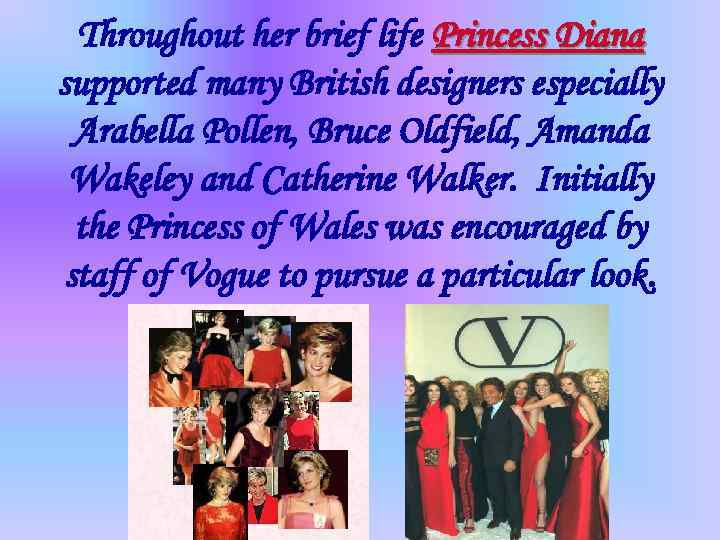 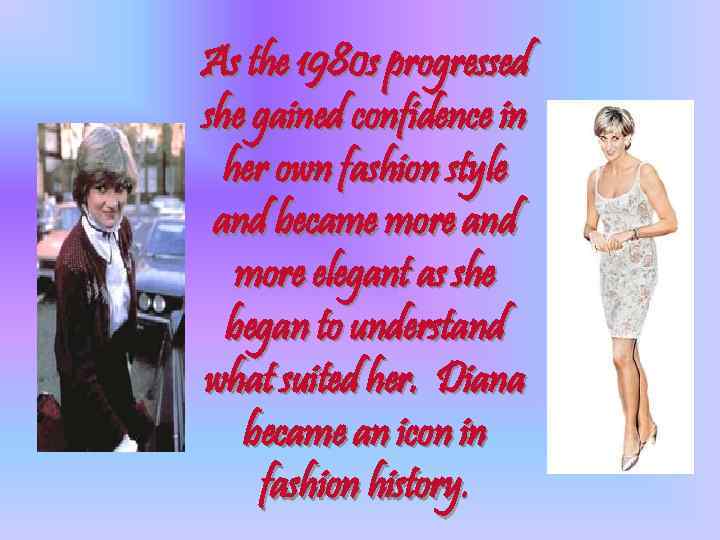 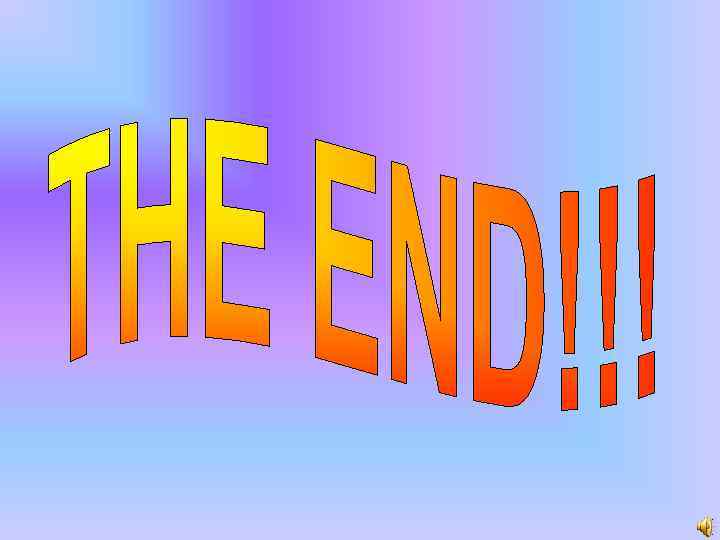 Скачать презентацию WHAT DO YOU KNOW ABOUT FASHION IN BRITAIN

“WHAT DO YOU KNOW ABOUT FASHION IN BRITAIN? "

what clothes do people wear in england? Fashion As the UK is very much a western society - we wear very much the same as any other modern western society - ranging from Jeans and T-shirts (whether with designer labels or not) to full business suits for office work (if required). Special clothes for the climate include heavy overcoats or anoraks for cold wintry weather to raincoats and umbrellas, for weather rain. Materials used cover every type and colour of fabric available, especially consider that Britain is a multi cultural society and in certain cities (Bradford for an example) you will find many stores with very colorful silk available for making in Sari's and other ethnic clothes.

Footwear can be from the likes of Nike and Adidas Trainers (sneakers) to Leather Brogues (Wingtips) and for ladies - also the trainers to highly fashionable boots and shoes with heels or without. Clothes worn by children When they are relaxing at home or out playing with their friends, children in England wear comfortable clothes like t-shirts, jeans and sportswear. The right clothes are very important to teenagers, and many love to shop for the latest fashions.

Most children wear a school uniform when they are at school. In some schools children must wear jackets and ties. In other schools the uniform is more casual. Boys: Long grey or black trousers (shorts may be worn in the Summer), white Shirt, school tie (optional in most primary schools), jumper or sweater with the school logo on - the colour is the choice of the schools, black shoes Girls: As above. Girls may wear skirts. During the summer term girls often wear summer school dresses.

What do you think about the role of the Queen in the development of British Fashion?

Not only the famous designers but also the English Queen influences the fashion in Britain. Read about the Royal clothes. The Queen is said to take a great interest in her hats. It is important for her face to be seen from all angles and a replica of her head is kept at her milliners. Hats are also important as cover ups as it means the hair does not need constant attention. These hats offered Queen Elizabeth an opportunity to have fun with fashion that was denied to other elements of her royal clothing. She began to wear hats with pleats and drapes and styles varied from wide brimmed Bretons to neat turbans.

Throughout her brief life Princess Diana supported many British designers especially Arabella Pollen, Bruce Oldfield, Amanda Wakeley and Catherine Walker. Initially the Princess of Wales was encouraged by staff of Vogue to pursue a particular look.

As the 1980 s progressed she gained confidence in her own fashion style and became more and more elegant as she began to understand what suited her. Diana became an icon in fashion history.