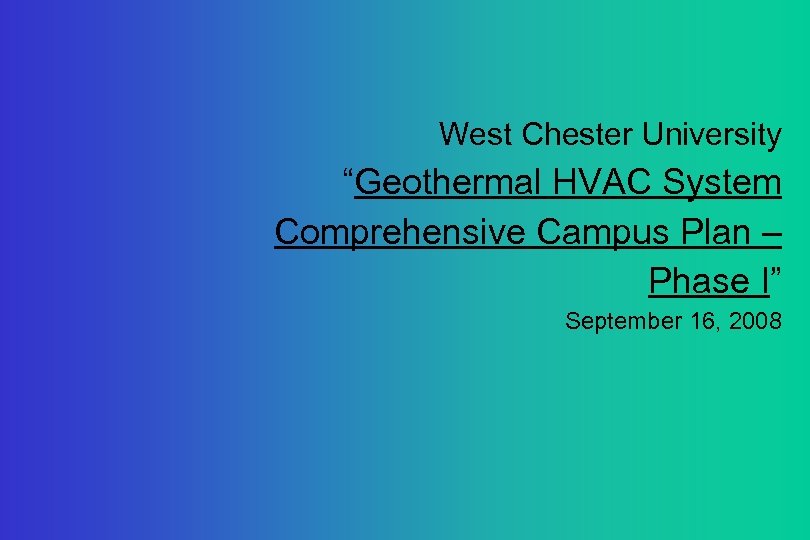 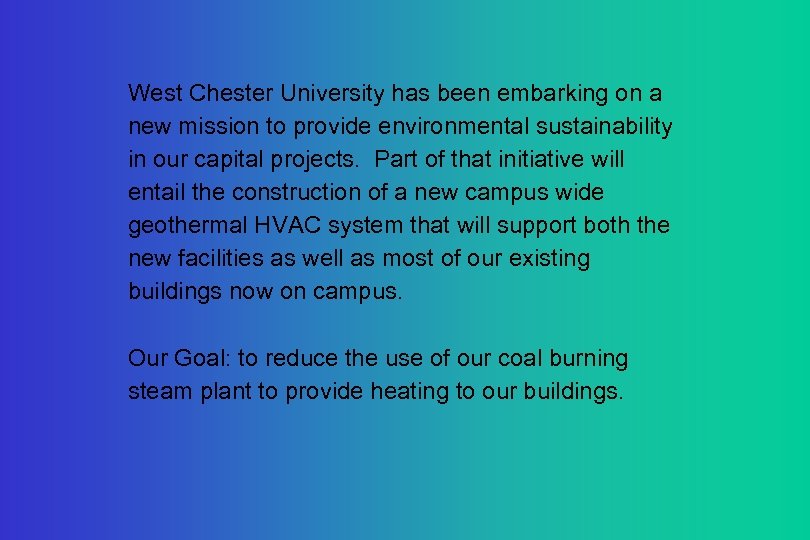 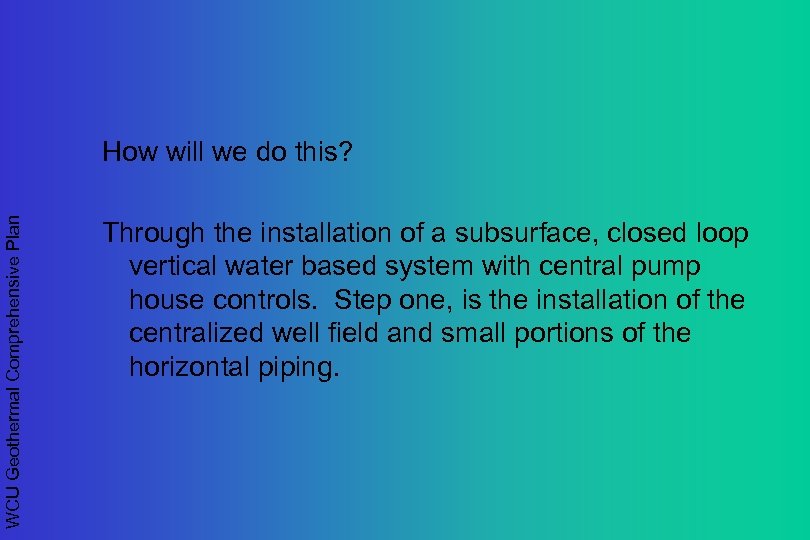 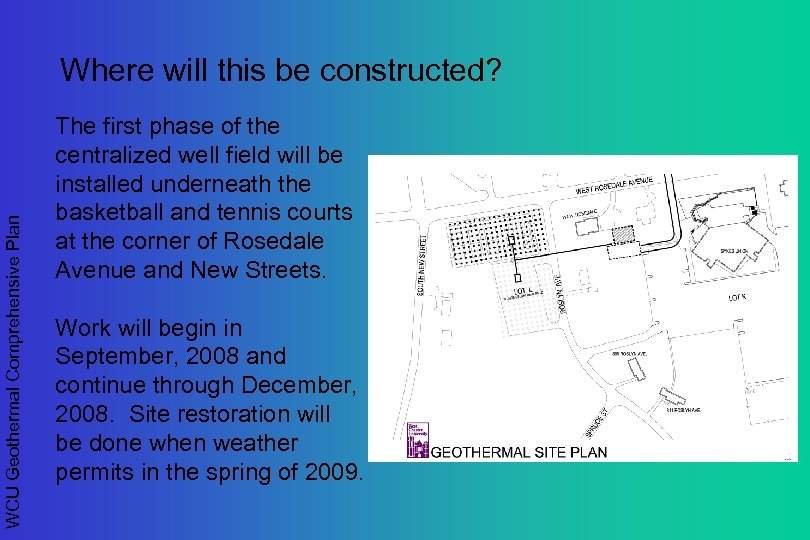 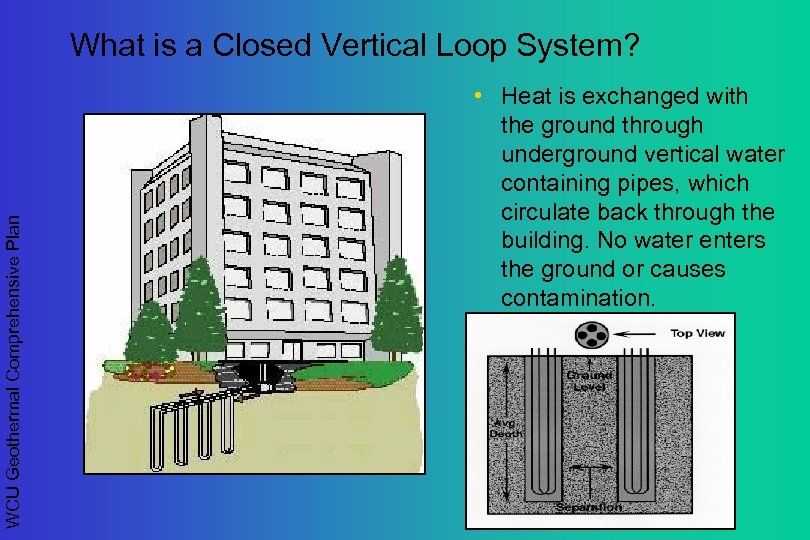 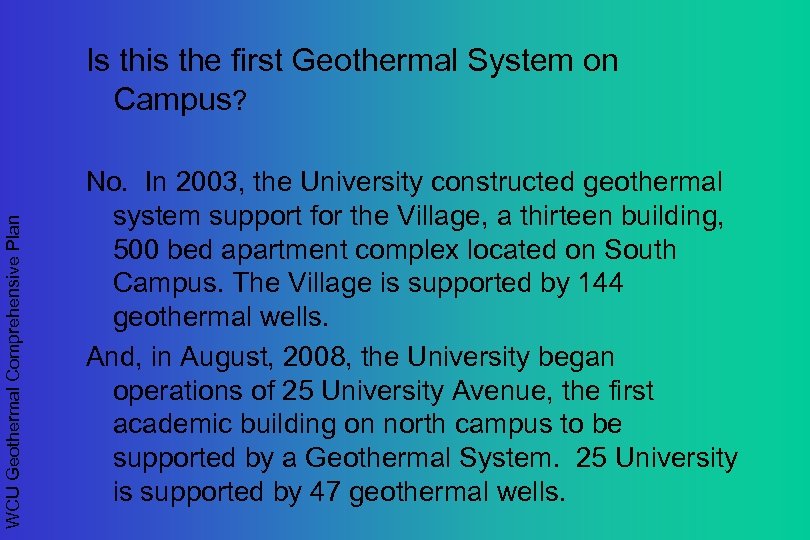 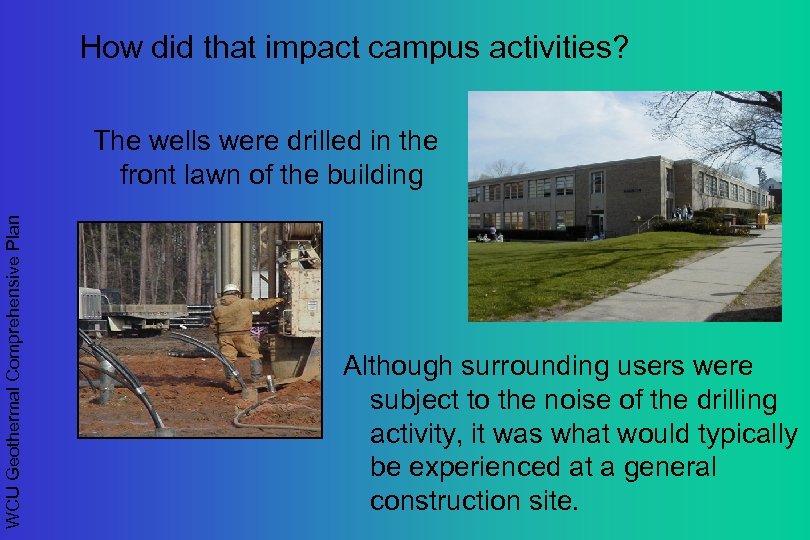 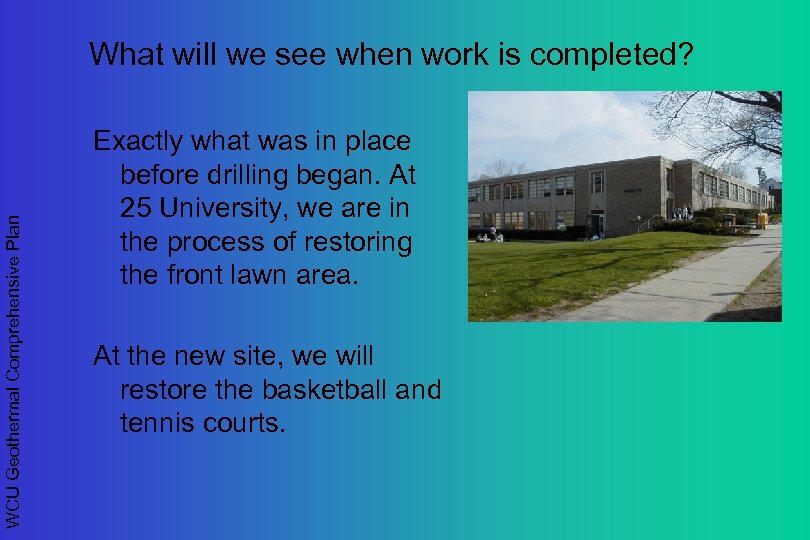 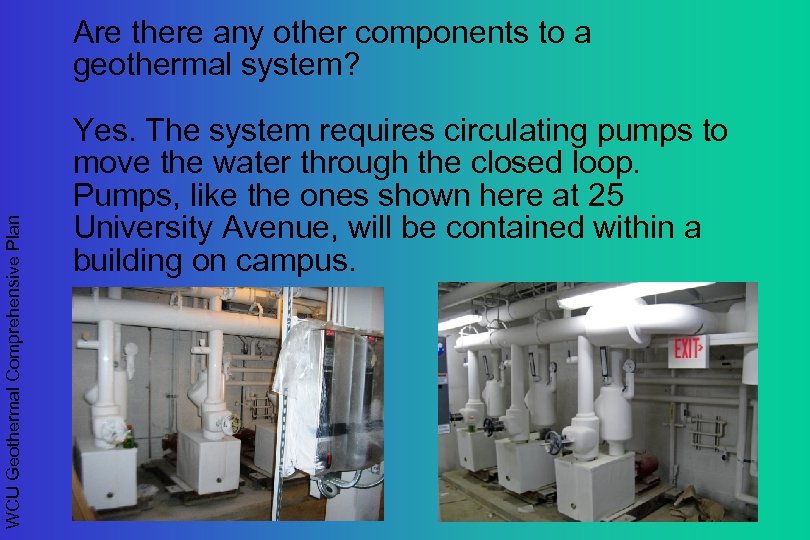 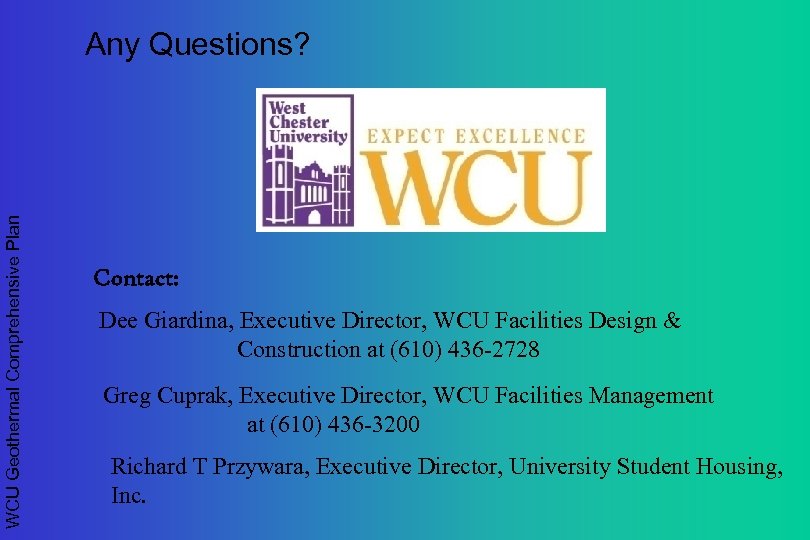 West Chester University has been embarking on a new mission to provide environmental sustainability in our capital projects. Part of that initiative will entail the construction of a new campus wide geothermal HVAC system that will support both the new facilities as well as most of our existing buildings now on campus. Our Goal: to reduce the use of our coal burning steam plant to provide heating to our buildings.

WCU Geothermal Comprehensive Plan How will we do this? Through the installation of a subsurface, closed loop vertical water based system with central pump house controls. Step one, is the installation of the centralized well field and small portions of the horizontal piping.

WCU Geothermal Comprehensive Plan Where will this be constructed? The first phase of the centralized well field will be installed underneath the basketball and tennis courts at the corner of Rosedale Avenue and New Streets. Work will begin in September, 2008 and continue through December, 2008. Site restoration will be done when weather permits in the spring of 2009.

WCU Geothermal Comprehensive Plan What is a Closed Vertical Loop System? • Heat is exchanged with the ground through underground vertical water containing pipes, which circulate back through the building. No water enters the ground or causes contamination.

How did that impact campus activities? WCU Geothermal Comprehensive Plan The wells were drilled in the front lawn of the building Although surrounding users were subject to the noise of the drilling activity, it was what would typically be experienced at a general construction site.

WCU Geothermal Comprehensive Plan What will we see when work is completed? Exactly what was in place before drilling began. At 25 University, we are in the process of restoring the front lawn area. At the new site, we will restore the basketball and tennis courts.

WCU Geothermal Comprehensive Plan Are there any other components to a geothermal system? Yes. The system requires circulating pumps to move the water through the closed loop. Pumps, like the ones shown here at 25 University Avenue, will be contained within a building on campus.