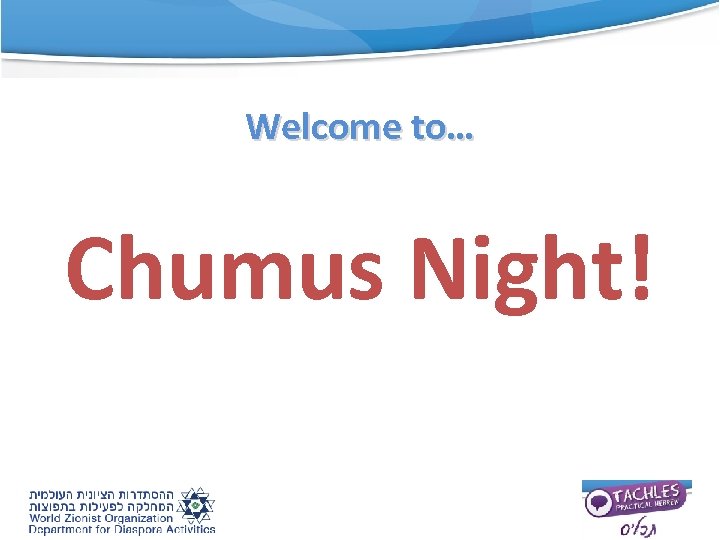 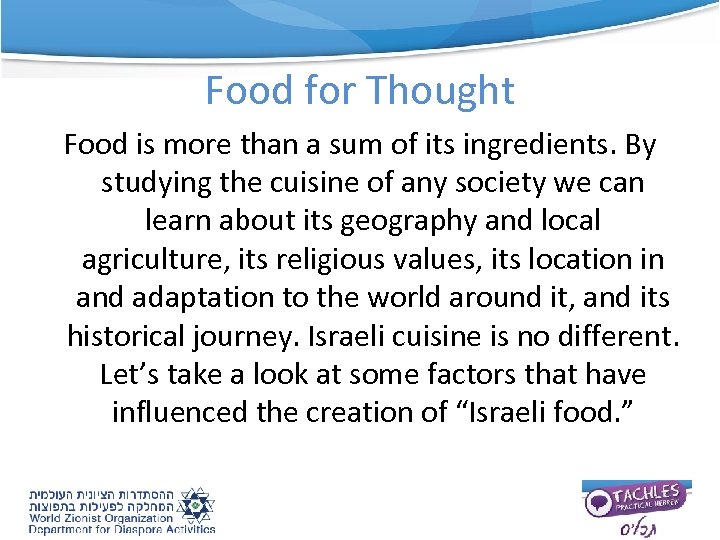 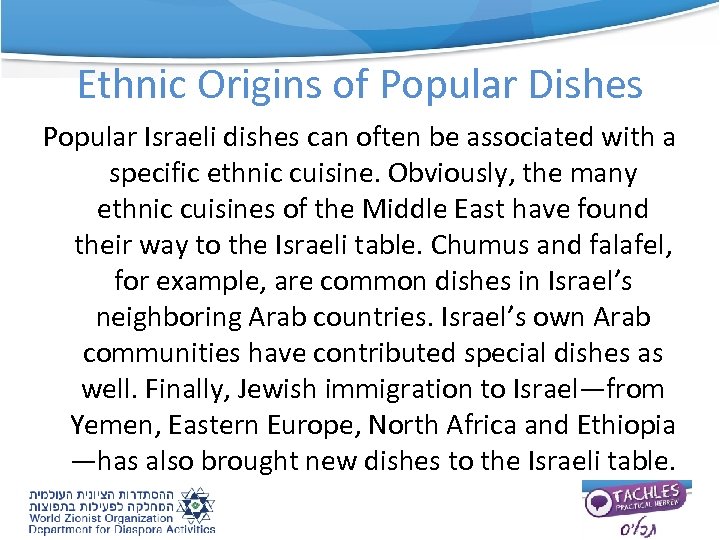 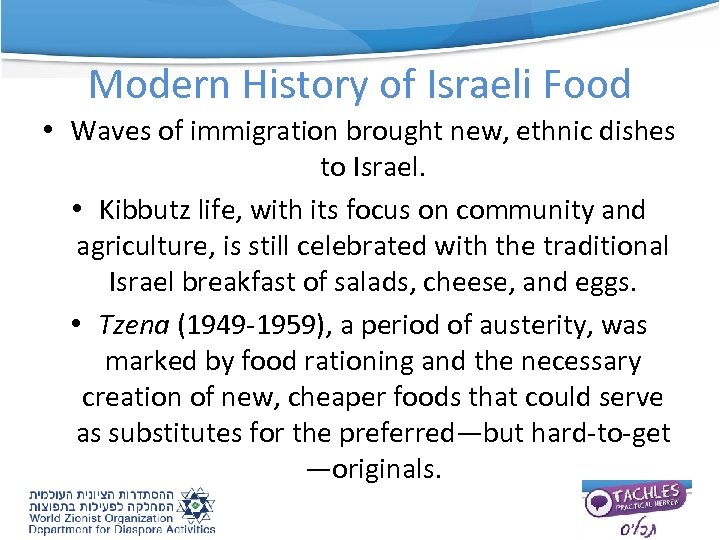 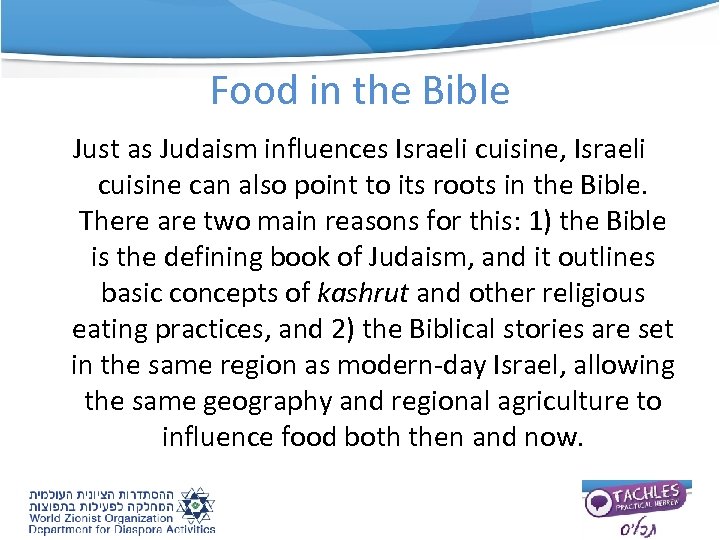 Food for Thought Food is more than a sum of its ingredients. By studying the cuisine of any society we can learn about its geography and local agriculture, its religious values, its location in and adaptation to the world around it, and its historical journey. Israeli cuisine is no different. Let’s take a look at some factors that have influenced the creation of “Israeli food. ”

Popular Israeli Foods Popular culture—whether we’re talking about music, fashion, or food—can provide so much insight into a society. Israeli food is no different, as it reflects the cultures and religions, social habits, and local ingredients that blend together so perfectly in the most popular Israeli foods.

Jewish Influence on Israeli Food Israel is a Jewish state and its impossible to deny the influence of Jewish culture and religion in the development of Israeli cuisine. Jewish holidays, such as Chanukah and Purim, dictate which treats you will find at the corner bakery. And kashrut, the religious laws regarding food, shape the country’s eating habits. In other words, even though many Israelis do not keep kosher, bacon and eggs probably won’t be considered an iconic Israeli breakfast anytime soon.

Ethnic Origins of Popular Dishes Popular Israeli dishes can often be associated with a specific ethnic cuisine. Obviously, the many ethnic cuisines of the Middle East have found their way to the Israeli table. Chumus and falafel, for example, are common dishes in Israel’s neighboring Arab countries. Israel’s own Arab communities have contributed special dishes as well. Finally, Jewish immigration to Israel—from Yemen, Eastern Europe, North Africa and Ethiopia —has also brought new dishes to the Israeli table.

Modern History of Israeli Food If you place a historical timeline of Israel next to a culinary timeline of Israel, you are certain to notice some interesting points of connection. A few examples: • As the first Eastern European immigrants arrived in pre-State Israel, they were entirely unfamiliar with Middle Eastern geography, climate and agriculture and they learned much—including how to farm and what to eat—from their Arab neighbors.

Modern History of Israeli Food • Waves of immigration brought new, ethnic dishes to Israel. • Kibbutz life, with its focus on community and agriculture, is still celebrated with the traditional Israel breakfast of salads, cheese, and eggs. • Tzena (1949 -1959), a period of austerity, was marked by food rationing and the necessary creation of new, cheaper foods that could serve as substitutes for the preferred—but hard-to-get —originals.

Food in the Bible Just as Judaism influences Israeli cuisine, Israeli cuisine can also point to its roots in the Bible. There are two main reasons for this: 1) the Bible is the defining book of Judaism, and it outlines basic concepts of kashrut and other religious eating practices, and 2) the Biblical stories are set in the same region as modern-day Israel, allowing the same geography and regional agriculture to influence food both then and now.

ANALYSIS OF FOOD AND FOOD PRODUCTS •