We all today in one boat and overboard 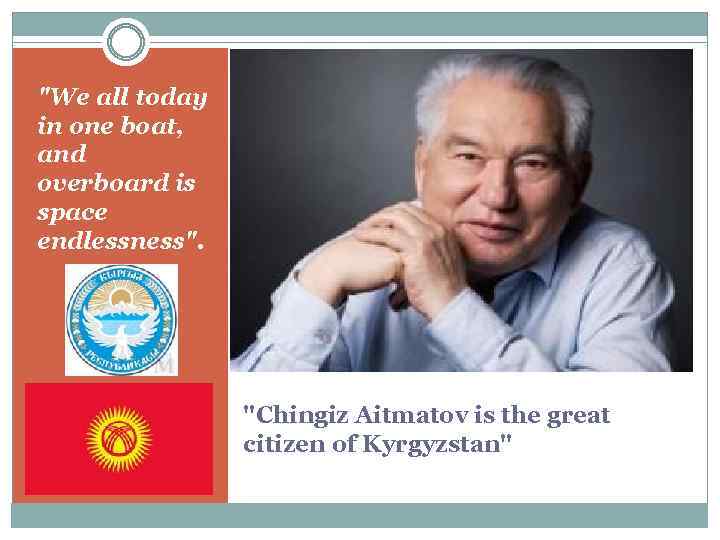 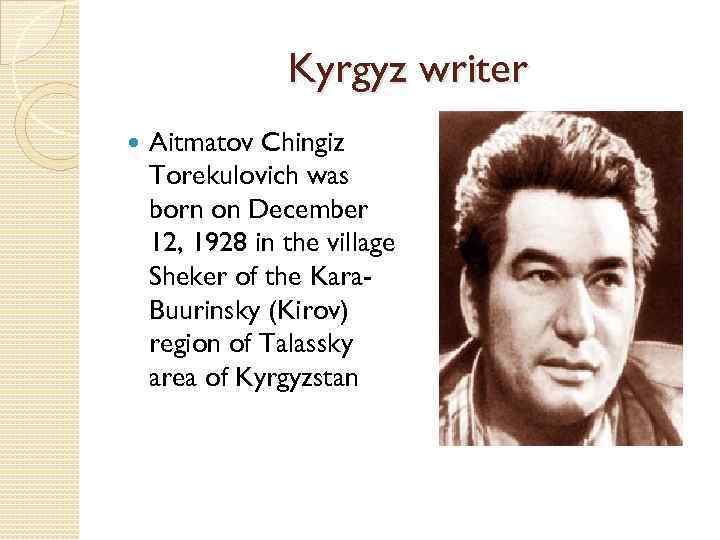 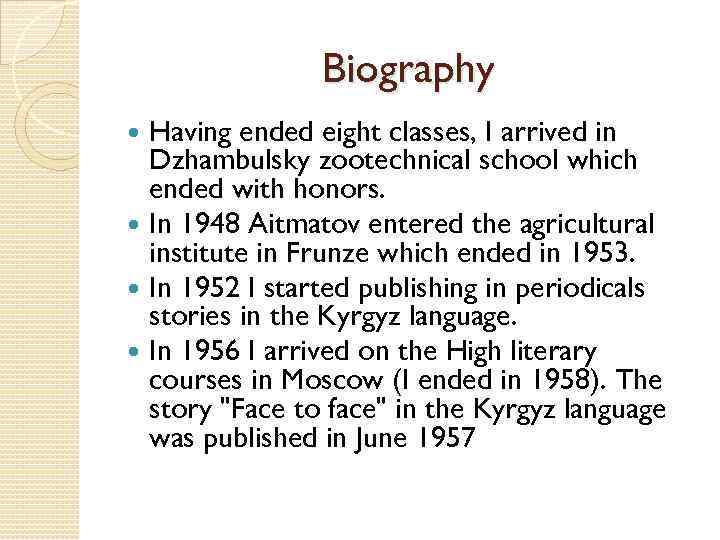 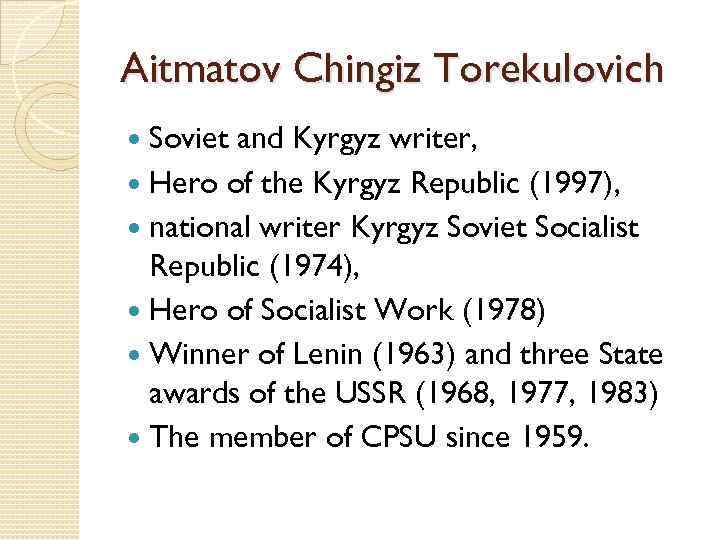 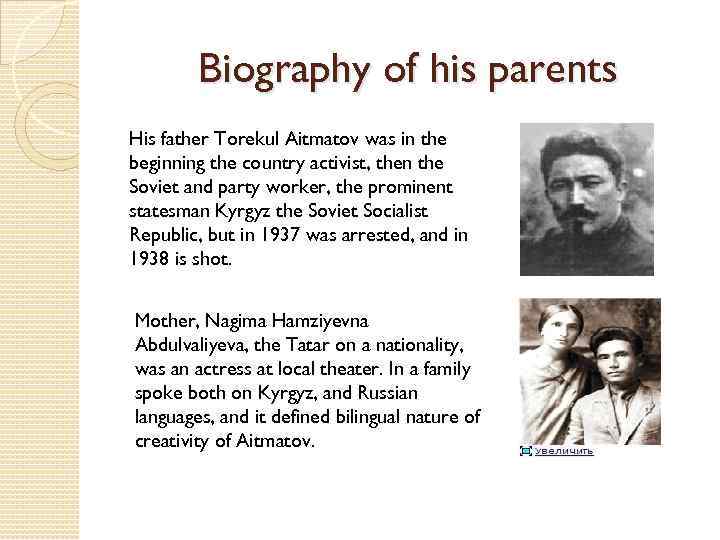 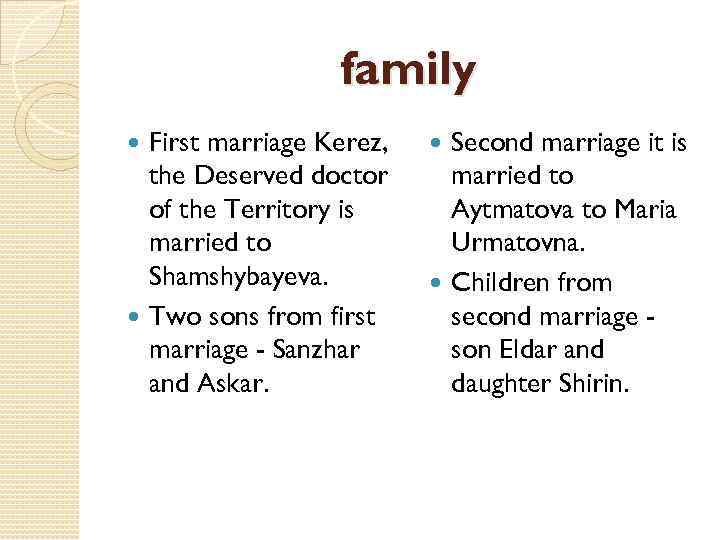 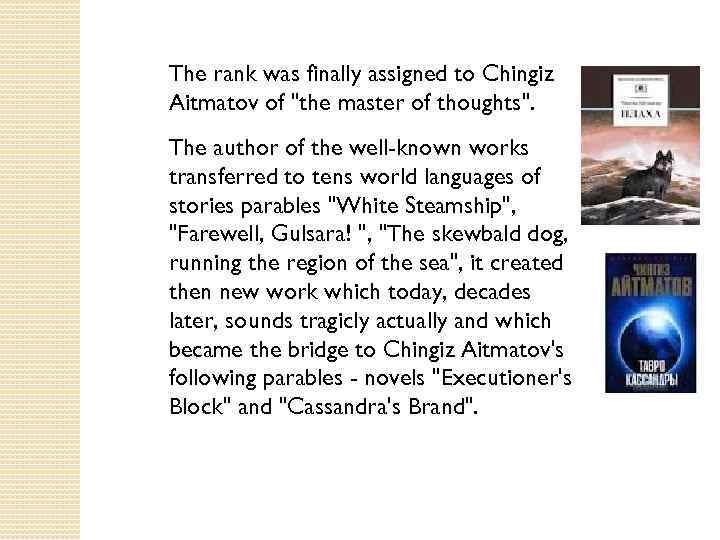 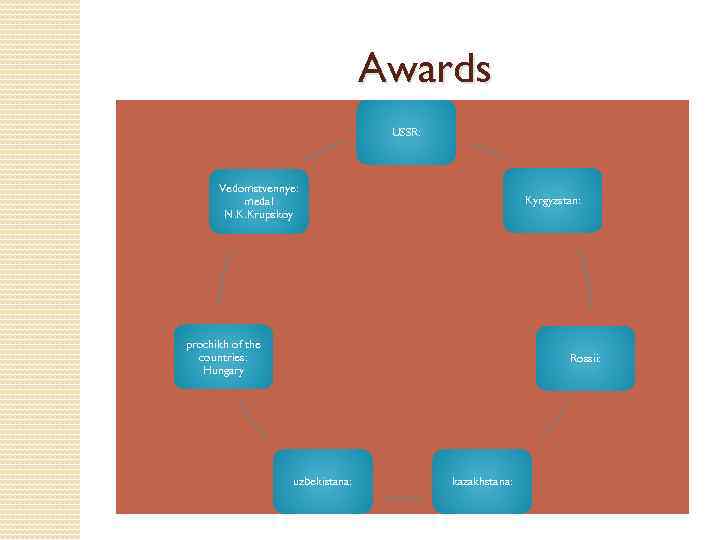 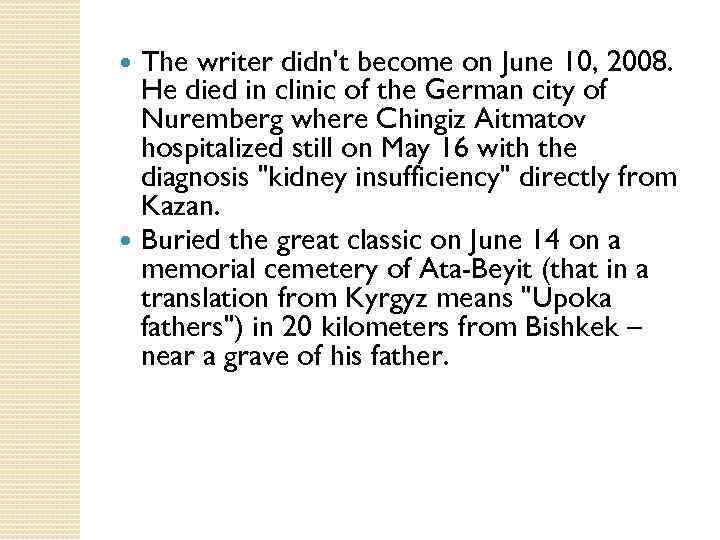 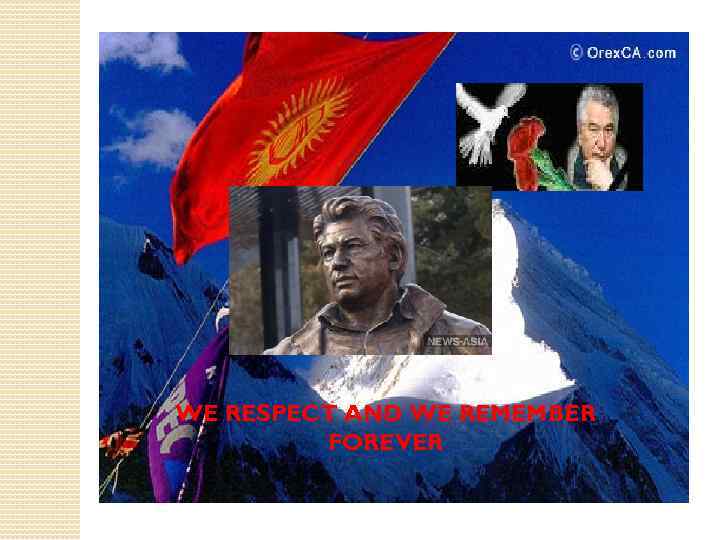 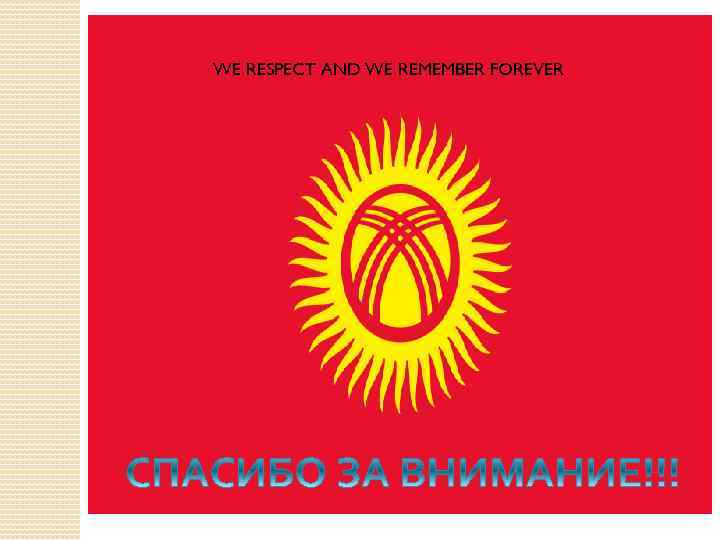 Скачать презентацию We all today in one boat and overboard

"We all today in one boat, and overboard is space endlessness". "Chingiz Aitmatov is the great citizen of Kyrgyzstan"

Kyrgyz writer Aitmatov Chingiz Torekulovich was born on December 12, 1928 in the village Sheker of the Kara. Buurinsky (Kirov) region of Talassky area of Kyrgyzstan

Biography Having ended eight classes, I arrived in Dzhambulsky zootechnical school which ended with honors. In 1948 Aitmatov entered the agricultural institute in Frunze which ended in 1953. In 1952 I started publishing in periodicals stories in the Kyrgyz language. In 1956 I arrived on the High literary courses in Moscow (I ended in 1958). The story "Face to face" in the Kyrgyz language was published in June 1957

Biography of his parents His father Torekul Aitmatov was in the beginning the country activist, then the Soviet and party worker, the prominent statesman Kyrgyz the Soviet Socialist Republic, but in 1937 was arrested, and in 1938 is shot. Mother, Nagima Hamziyevna Abdulvaliyeva, the Tatar on a nationality, was an actress at local theater. In a family spoke both on Kyrgyz, and Russian languages, and it defined bilingual nature of creativity of Aitmatov.

The rank was finally assigned to Chingiz Aitmatov of "the master of thoughts". The author of the well-known works transferred to tens world languages of stories parables "White Steamship", "Farewell, Gulsara! ", "The skewbald dog, running the region of the sea", it created then new work which today, decades later, sounds tragicly actually and which became the bridge to Chingiz Aitmatov's following parables - novels "Executioner's Block" and "Cassandra's Brand".

The writer didn't become on June 10, 2008. He died in clinic of the German city of Nuremberg where Chingiz Aitmatov hospitalized still on May 16 with the diagnosis "kidney insufficiency" directly from Kazan. Buried the great classic on June 14 on a memorial cemetery of Ata-Beyit (that in a translation from Kyrgyz means "Upoka fathers") in 20 kilometers from Bishkek – near a grave of his father.

WE RESPECT AND WE REMEMBER FOREVER

WE RESPECT AND WE REMEMBER FOREVER