Warm-up What is the idea concept behind this 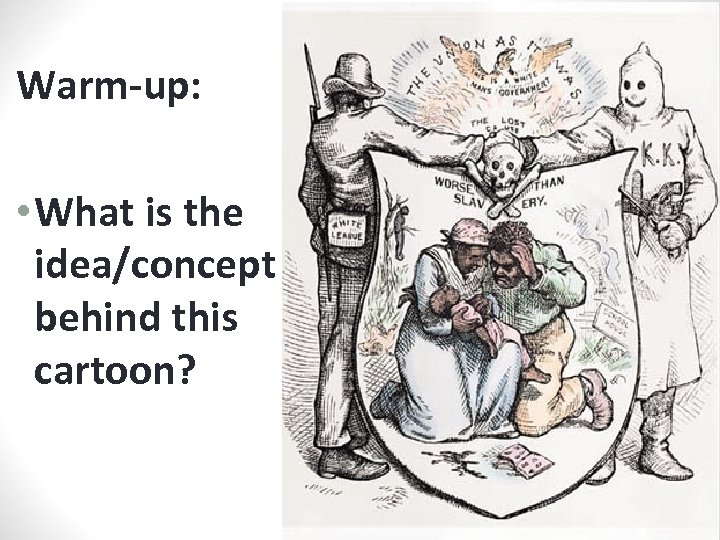 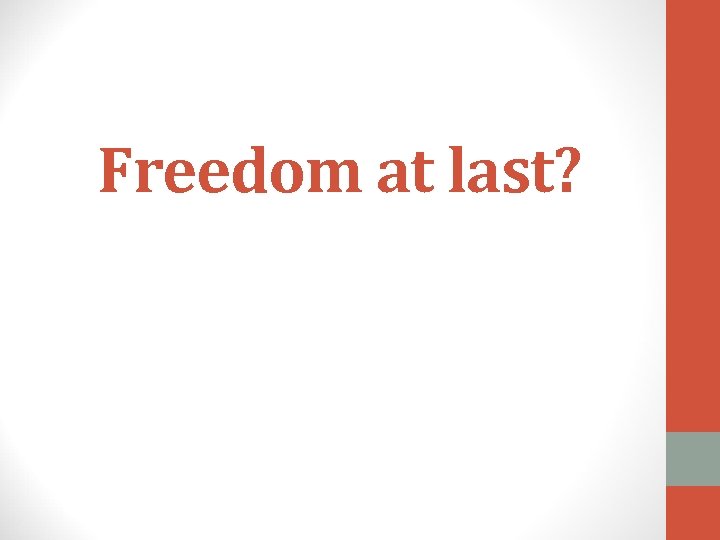 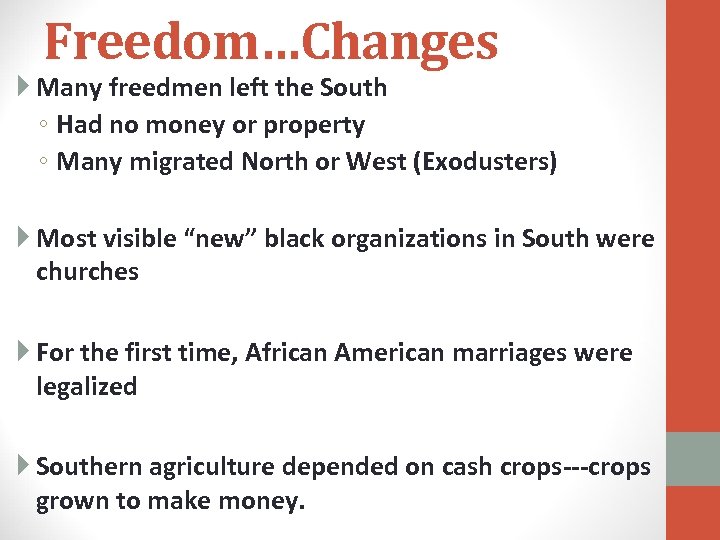 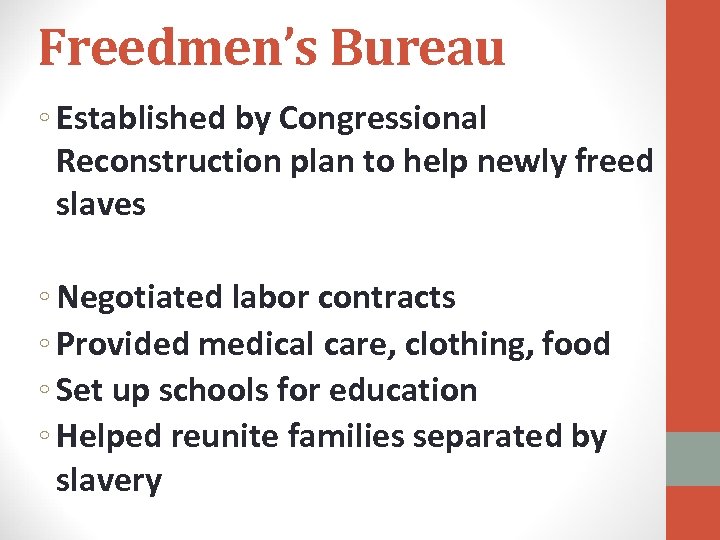 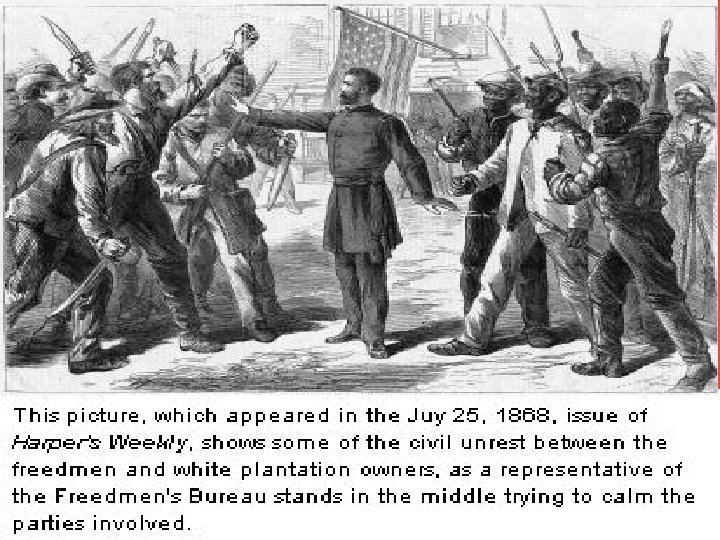 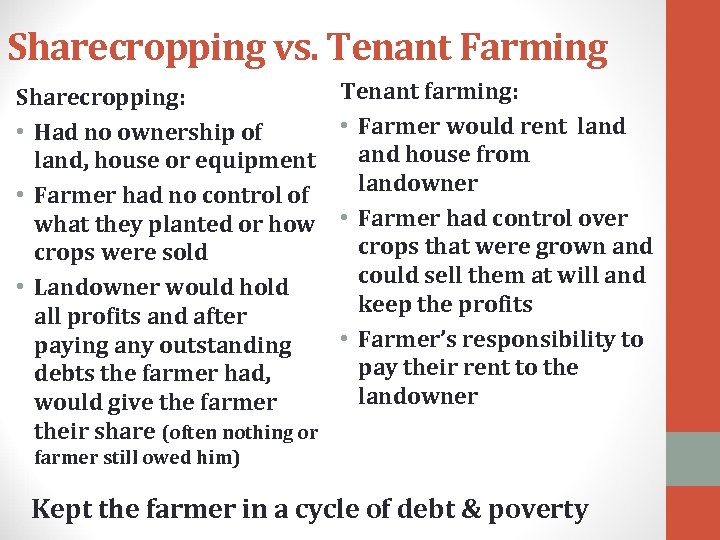 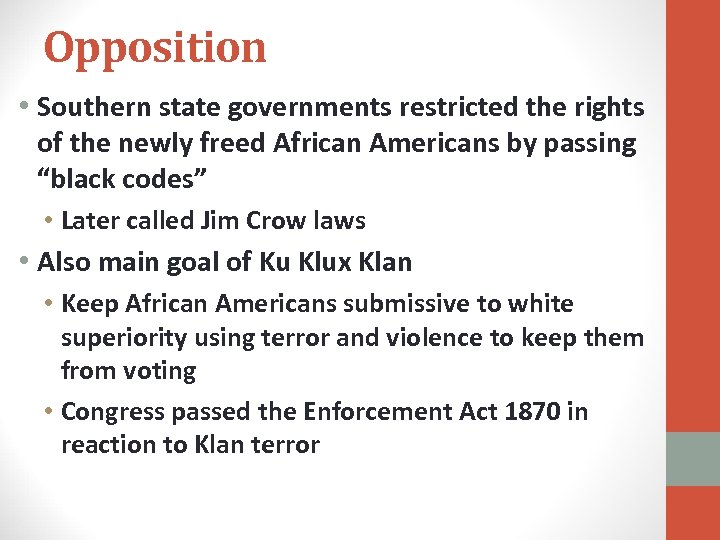 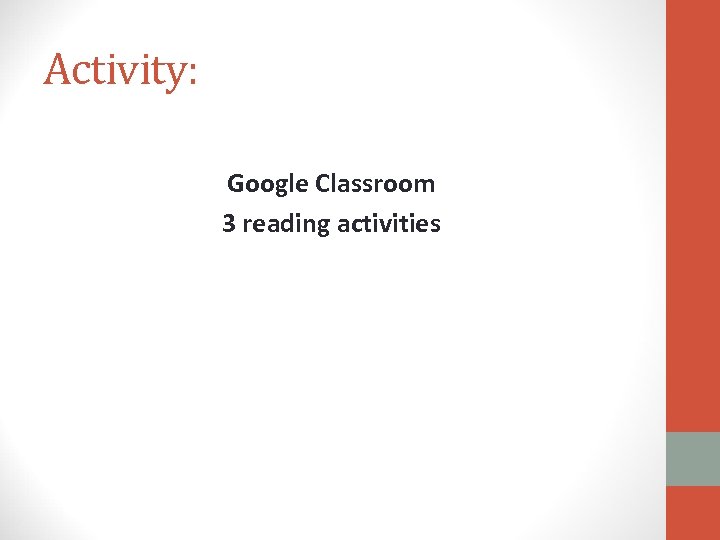 Скачать презентацию Warm-up What is the idea concept behind this

Warm-up: • What is the idea/concept behind this cartoon?

Freedom…Changes Many freedmen left the South ◦ Had no money or property ◦ Many migrated North or West (Exodusters) Most visible “new” black organizations in South were churches For the first time, African American marriages were legalized Southern agriculture depended on cash crops---crops grown to make money.

Sharecropping vs. Tenant Farming Sharecropping: • Had no ownership of land, house or equipment • Farmer had no control of what they planted or how crops were sold • Landowner would hold all profits and after paying any outstanding debts the farmer had, would give the farmer their share (often nothing or Tenant farming: • Farmer would rent land house from landowner • Farmer had control over crops that were grown and could sell them at will and keep the profits • Farmer’s responsibility to pay their rent to the landowner farmer still owed him) Kept the farmer in a cycle of debt & poverty

I have an IDEA IDEA. Начало IDEA