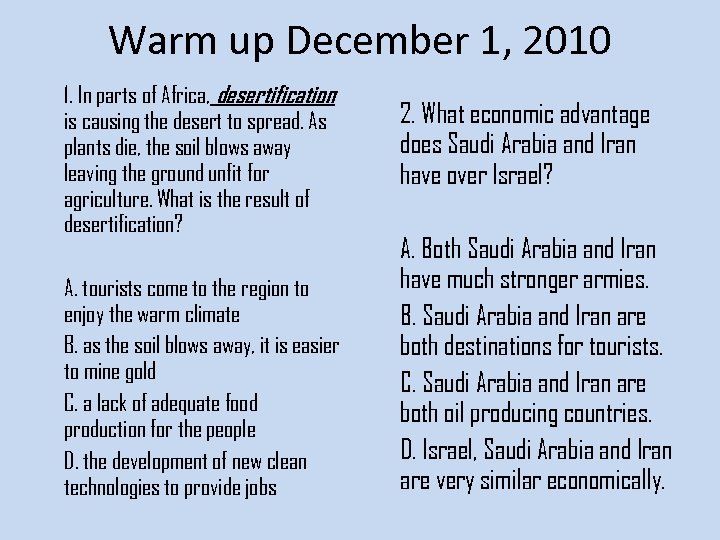 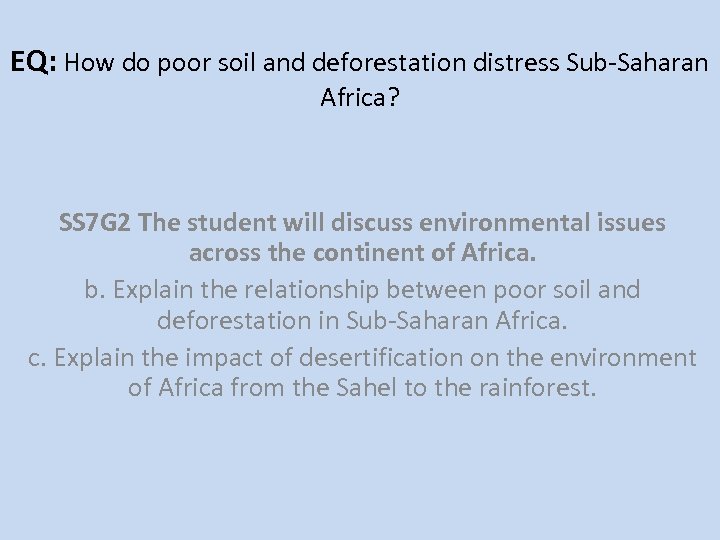 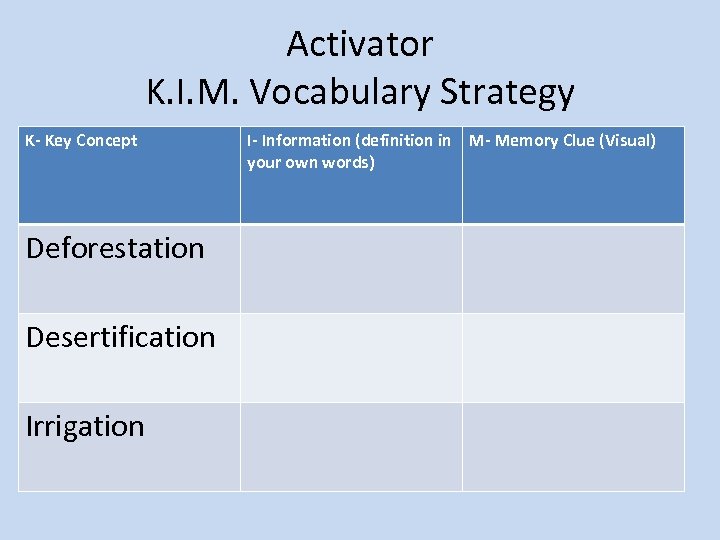 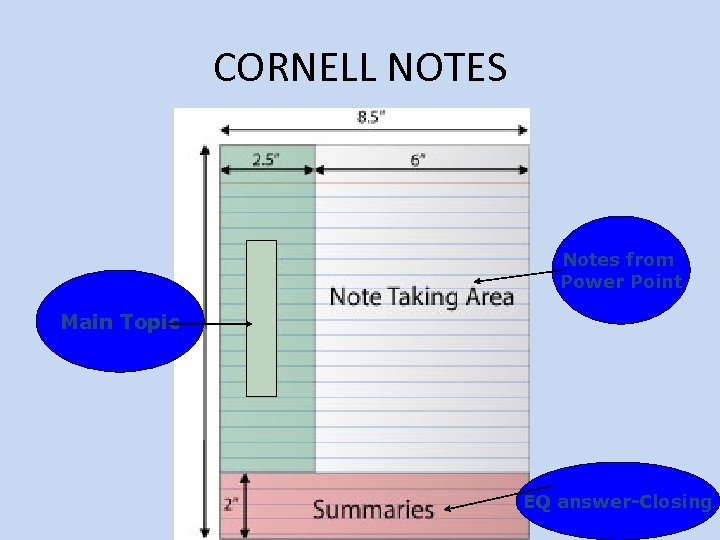 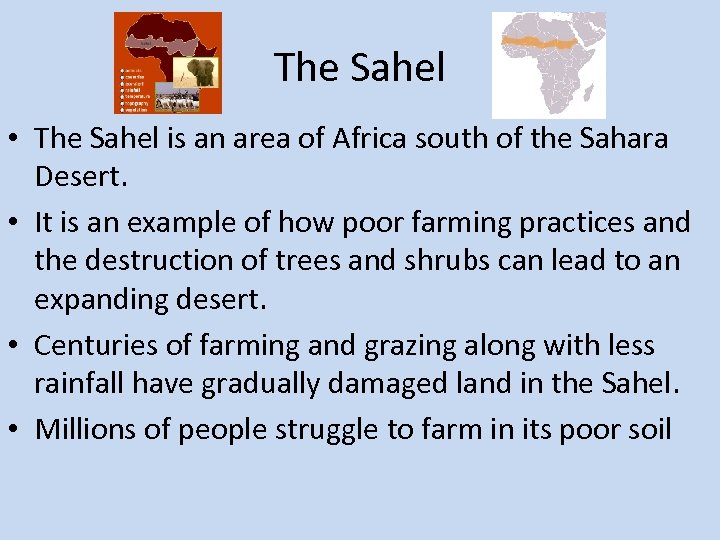 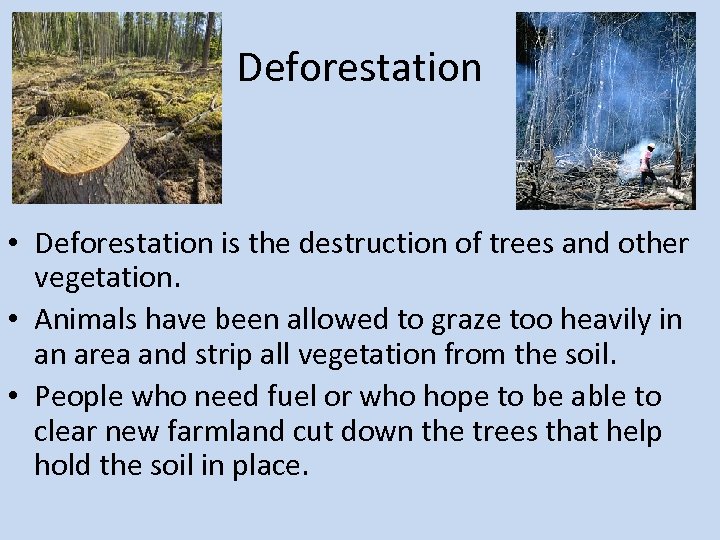 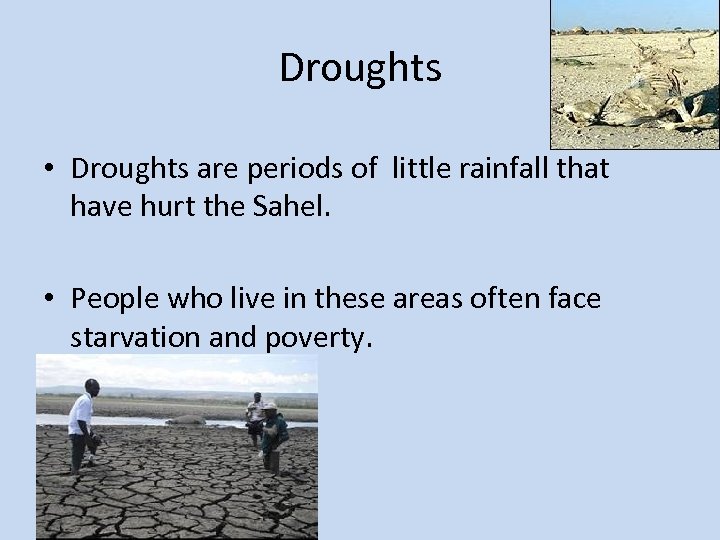 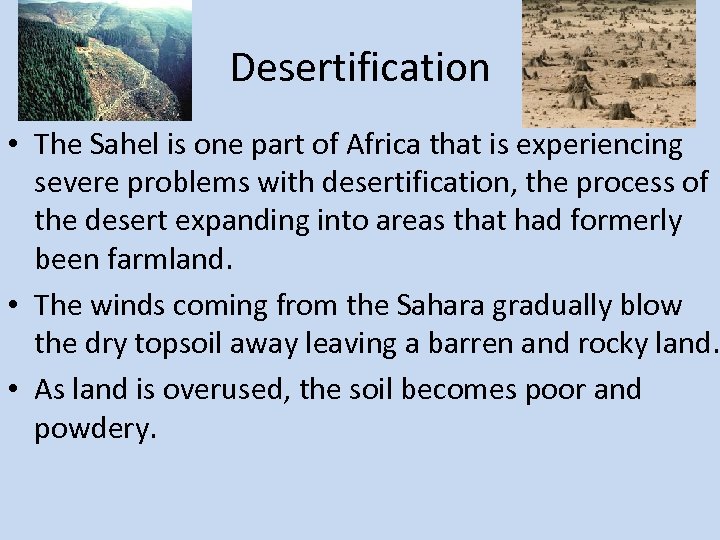 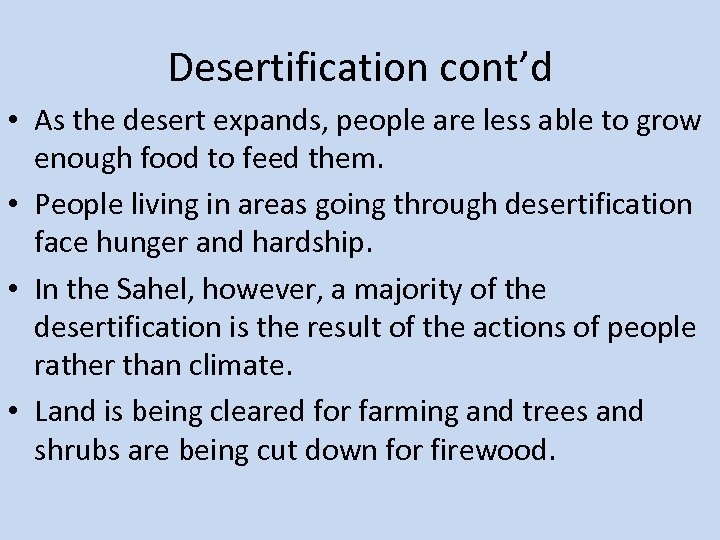 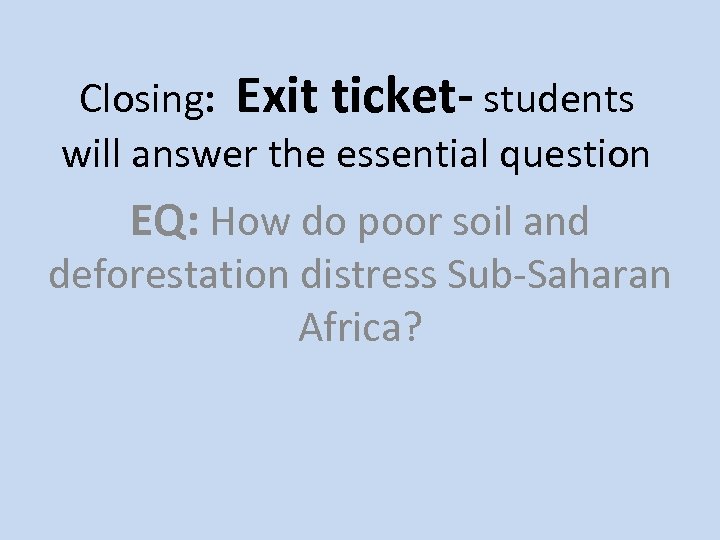 The Sahel • The Sahel is an area of Africa south of the Sahara Desert. • It is an example of how poor farming practices and the destruction of trees and shrubs can lead to an expanding desert. • Centuries of farming and grazing along with less rainfall have gradually damaged land in the Sahel. • Millions of people struggle to farm in its poor soil

Deforestation • Deforestation is the destruction of trees and other vegetation. • Animals have been allowed to graze too heavily in an area and strip all vegetation from the soil. • People who need fuel or who hope to be able to clear new farmland cut down the trees that help hold the soil in place.

Droughts • Droughts are periods of little rainfall that have hurt the Sahel. • People who live in these areas often face starvation and poverty.

Desertification • The Sahel is one part of Africa that is experiencing severe problems with desertification, the process of the desert expanding into areas that had formerly been farmland. • The winds coming from the Sahara gradually blow the dry topsoil away leaving a barren and rocky land. • As land is overused, the soil becomes poor and powdery.

Desertification cont’d • As the desert expands, people are less able to grow enough food to feed them. • People living in areas going through desertification face hunger and hardship. • In the Sahel, however, a majority of the desertification is the result of the actions of people rather than climate. • Land is being cleared for farming and trees and shrubs are being cut down for firewood.