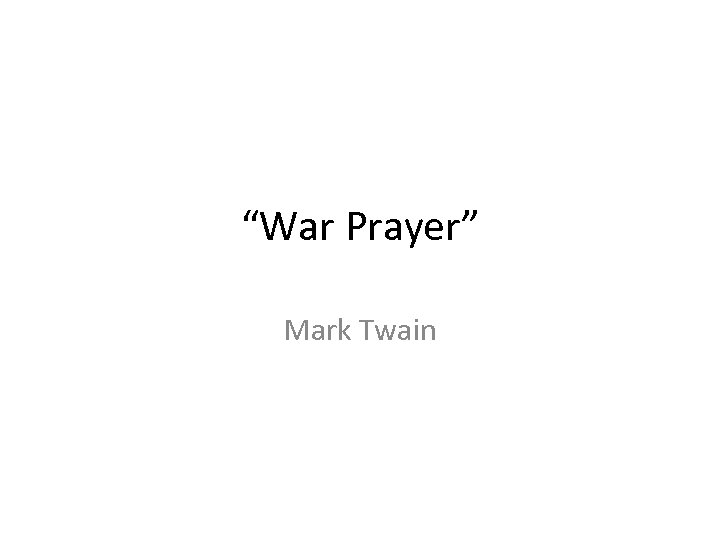 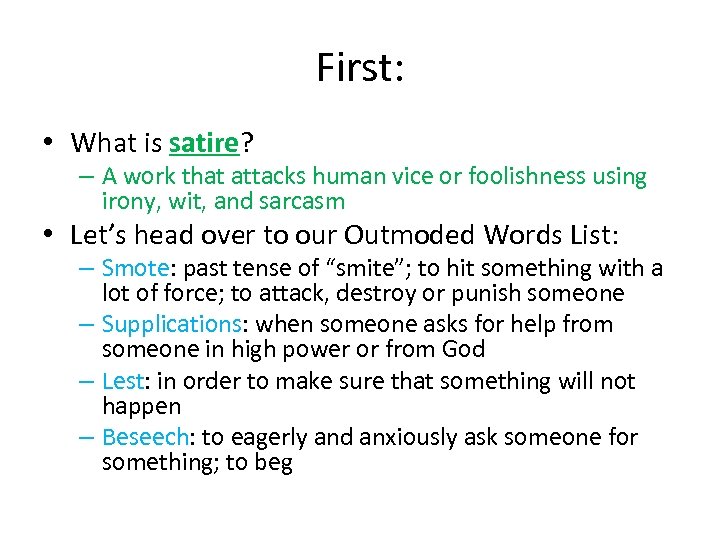 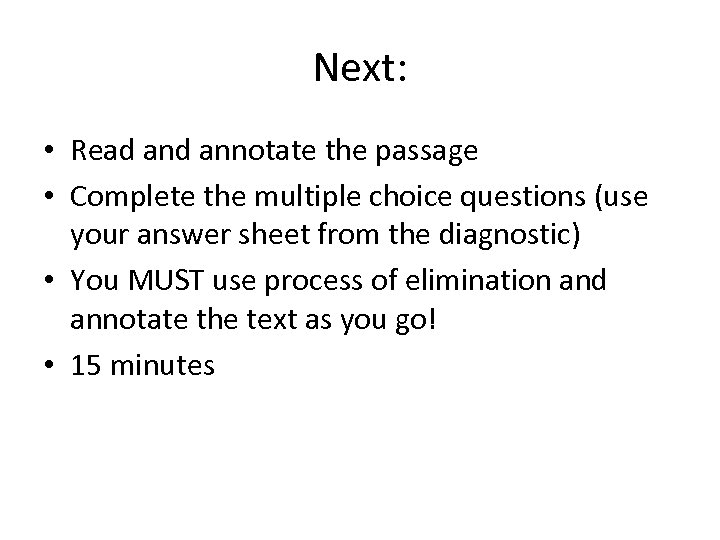 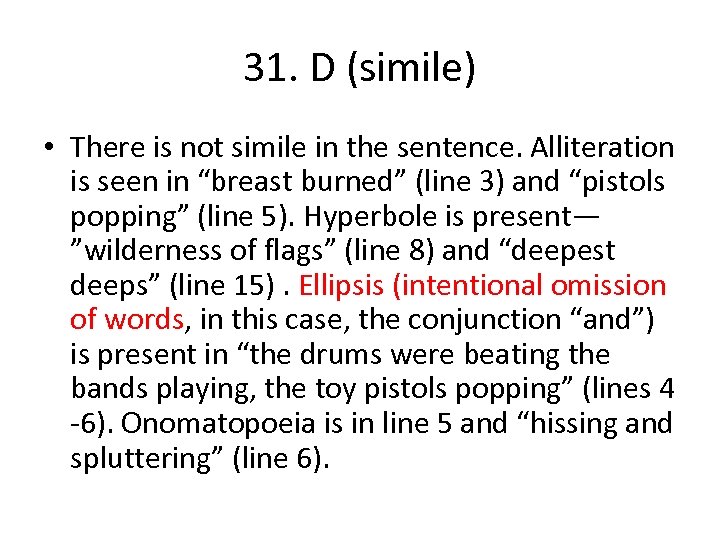 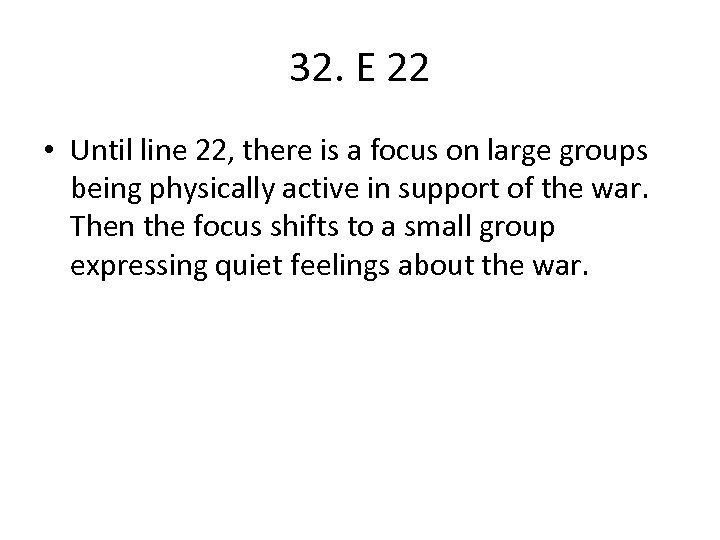 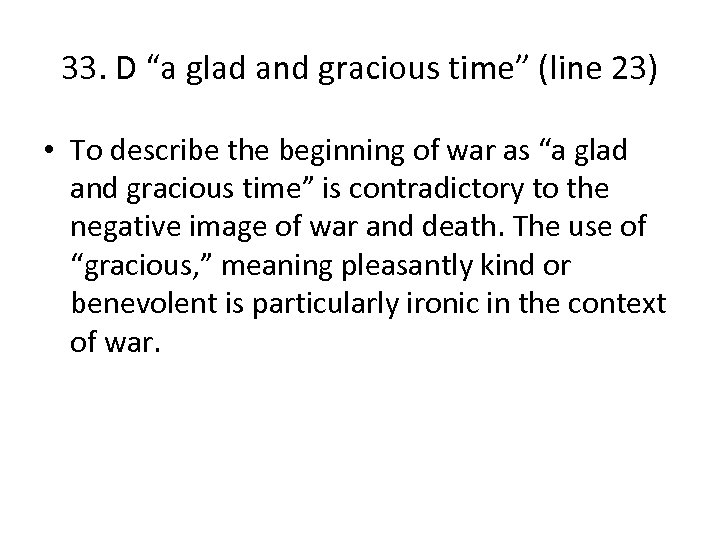 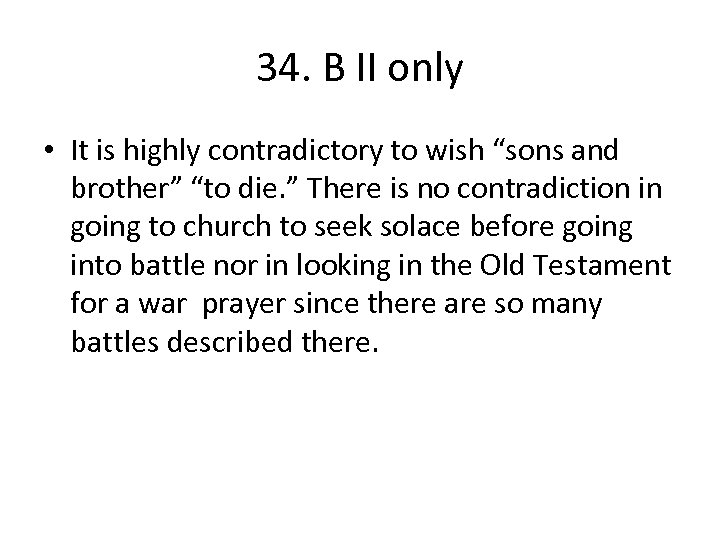 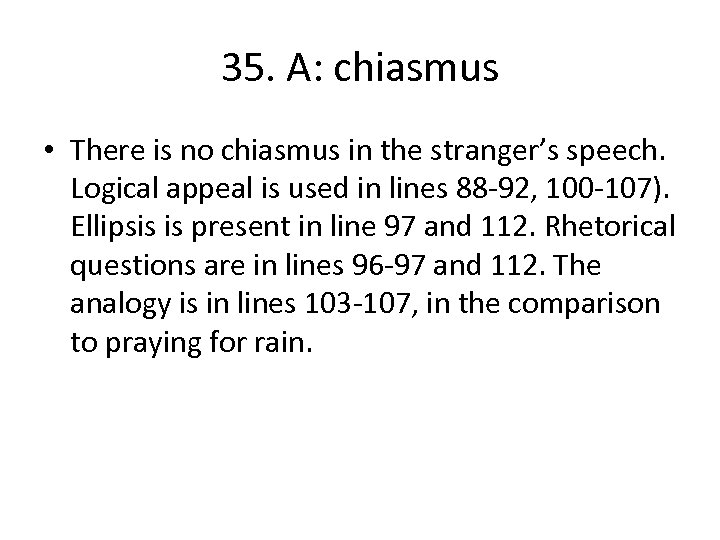 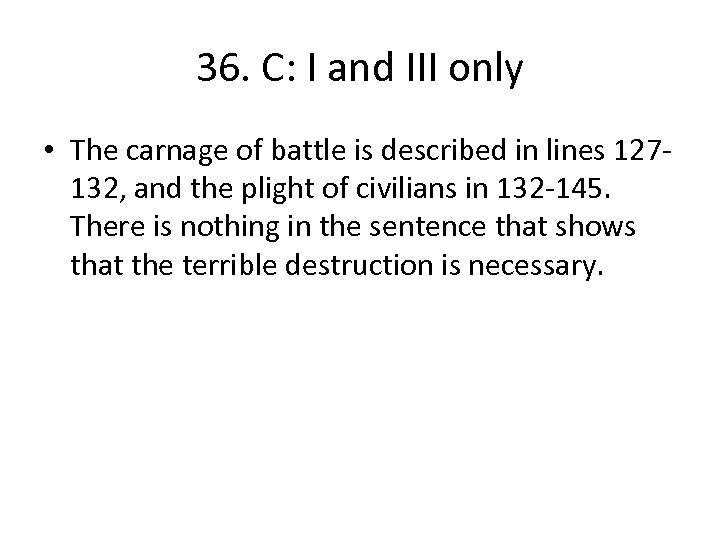 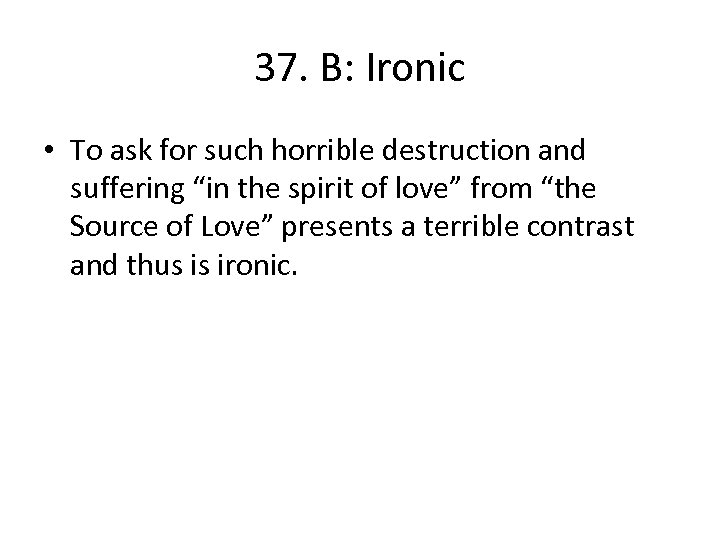 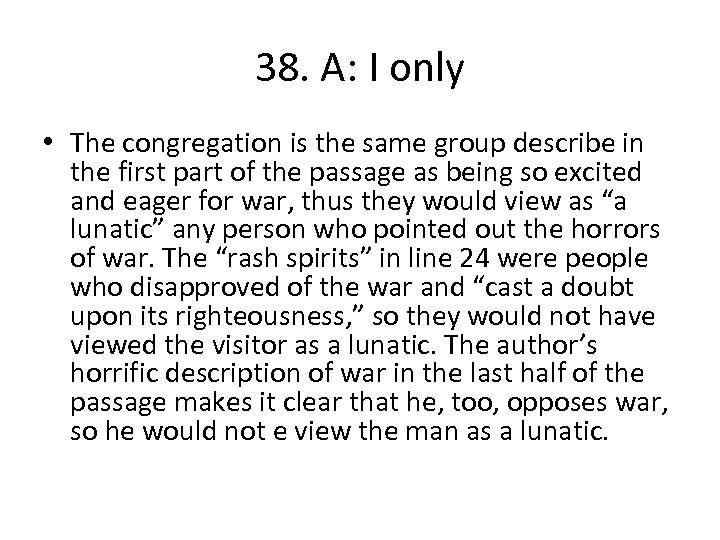 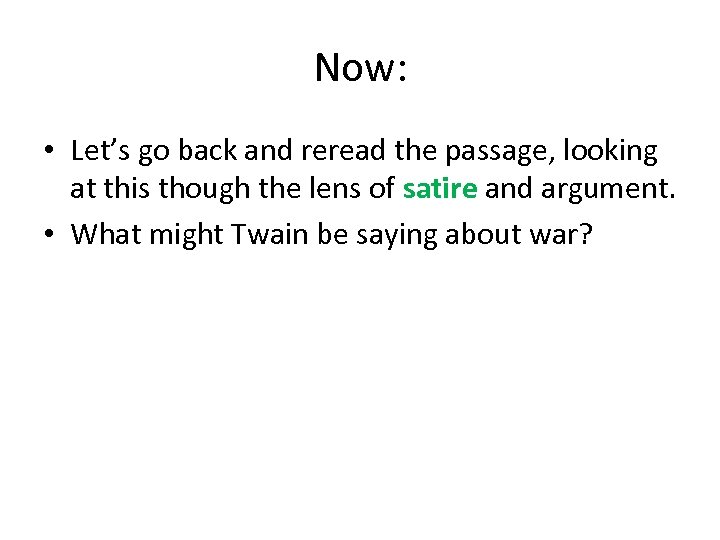 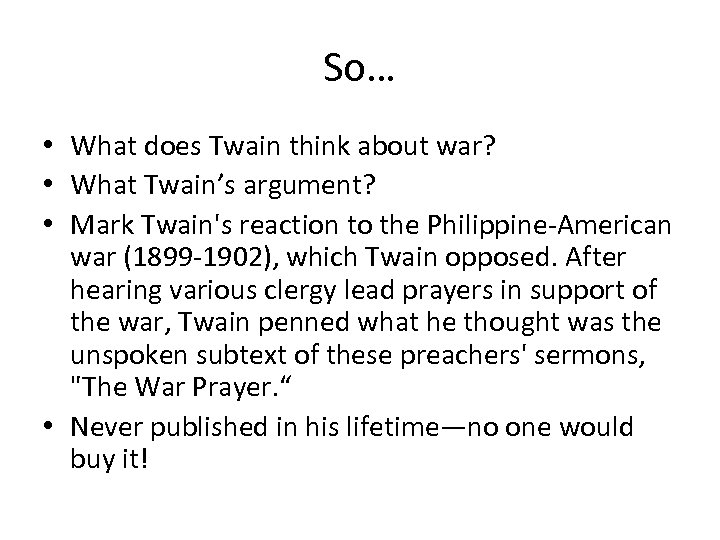 First: • What is satire? – A work that attacks human vice or foolishness using irony, wit, and sarcasm • Let’s head over to our Outmoded Words List: – Smote: past tense of “smite”; to hit something with a lot of force; to attack, destroy or punish someone – Supplications: when someone asks for help from someone in high power or from God – Lest: in order to make sure that something will not happen – Beseech: to eagerly and anxiously ask someone for something; to beg

Next: • Read annotate the passage • Complete the multiple choice questions (use your answer sheet from the diagnostic) • You MUST use process of elimination and annotate the text as you go! • 15 minutes

31. D (simile) • There is not simile in the sentence. Alliteration is seen in “breast burned” (line 3) and “pistols popping” (line 5). Hyperbole is present— ”wilderness of flags” (line 8) and “deepest deeps” (line 15). Ellipsis (intentional omission of words, in this case, the conjunction “and”) is present in “the drums were beating the bands playing, the toy pistols popping” (lines 4 -6). Onomatopoeia is in line 5 and “hissing and spluttering” (line 6).

32. E 22 • Until line 22, there is a focus on large groups being physically active in support of the war. Then the focus shifts to a small group expressing quiet feelings about the war.

34. B II only • It is highly contradictory to wish “sons and brother” “to die. ” There is no contradiction in going to church to seek solace before going into battle nor in looking in the Old Testament for a war prayer since there are so many battles described there.

36. C: I and III only • The carnage of battle is described in lines 127132, and the plight of civilians in 132 -145. There is nothing in the sentence that shows that the terrible destruction is necessary.

37. B: Ironic • To ask for such horrible destruction and suffering “in the spirit of love” from “the Source of Love” presents a terrible contrast and thus is ironic.

38. A: I only • The congregation is the same group describe in the first part of the passage as being so excited and eager for war, thus they would view as “a lunatic” any person who pointed out the horrors of war. The “rash spirits” in line 24 were people who disapproved of the war and “cast a doubt upon its righteousness, ” so they would not have viewed the visitor as a lunatic. The author’s horrific description of war in the last half of the passage makes it clear that he, too, opposes war, so he would not e view the man as a lunatic.

Now: • Let’s go back and reread the passage, looking at this though the lens of satire and argument. • What might Twain be saying about war?

So… • What does Twain think about war? • What Twain’s argument? • Mark Twain's reaction to the Philippine-American war (1899 -1902), which Twain opposed. After hearing various clergy lead prayers in support of the war, Twain penned what he thought was the unspoken subtext of these preachers' sermons, "The War Prayer. “ • Never published in his lifetime—no one would buy it!