Volcanoes Presentation was made by Irina Tishchenko Form 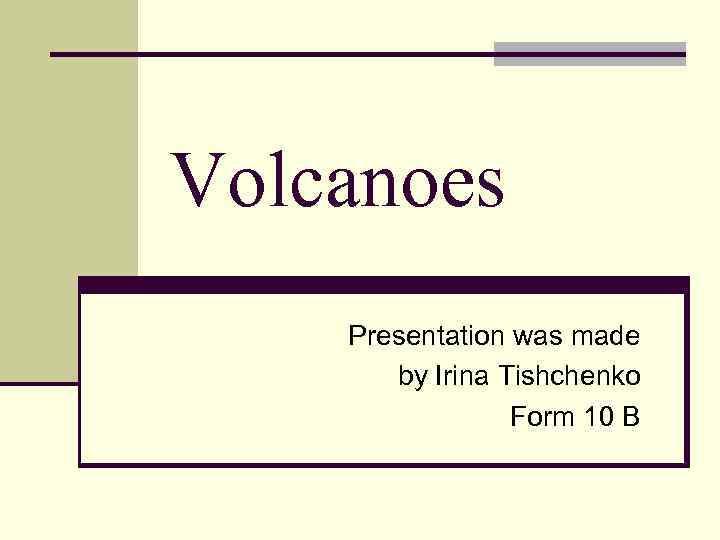 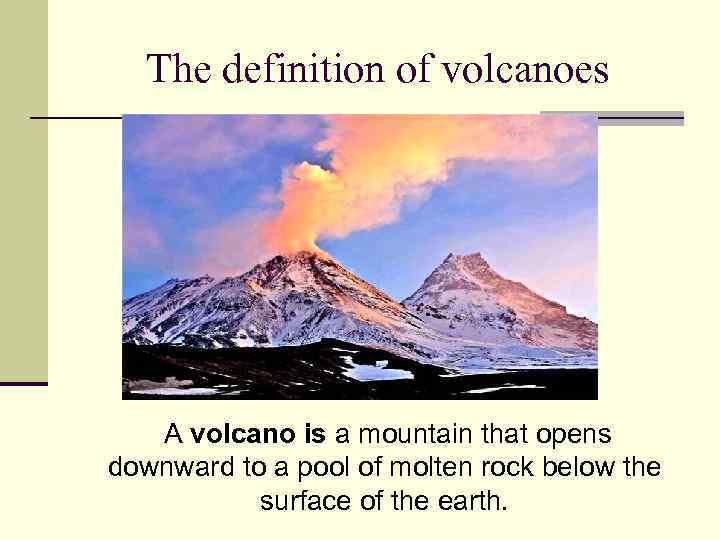 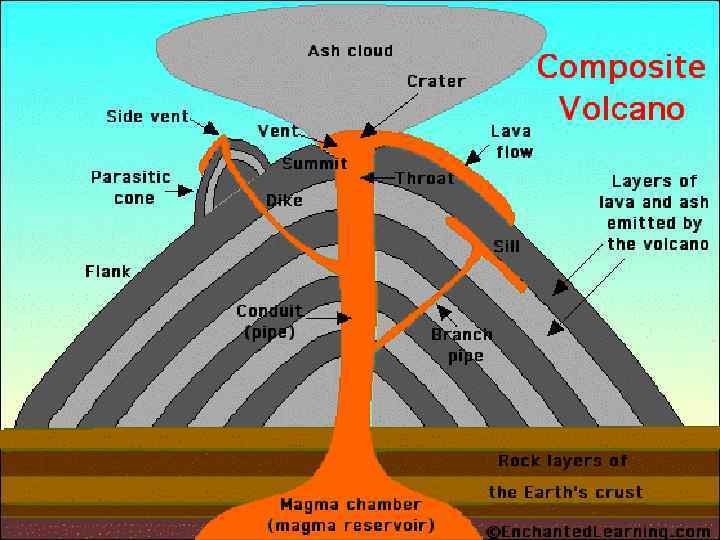 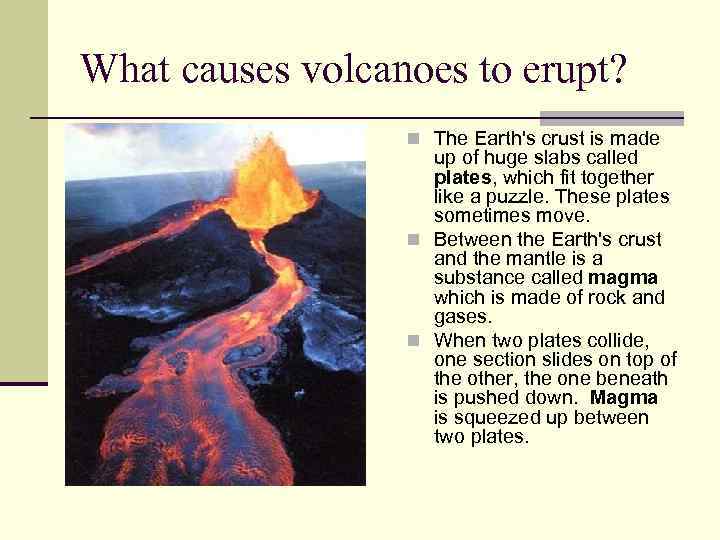 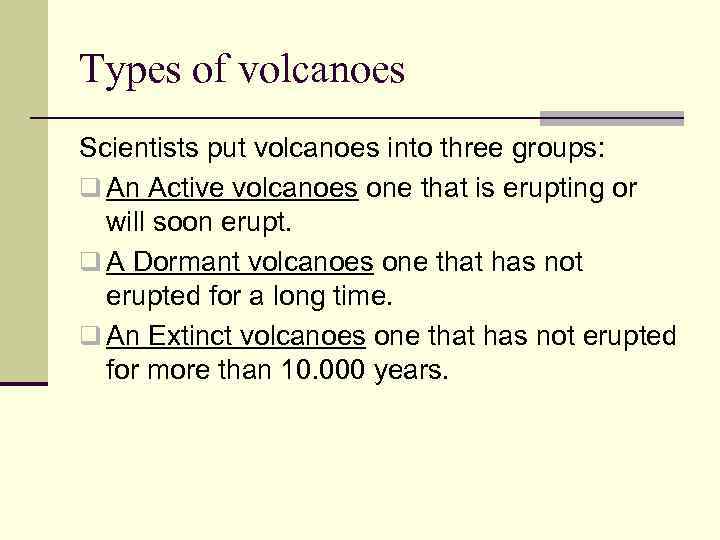 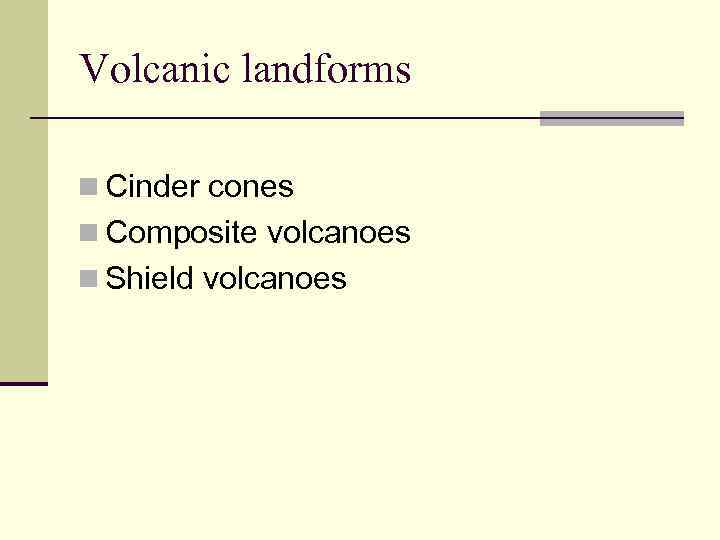 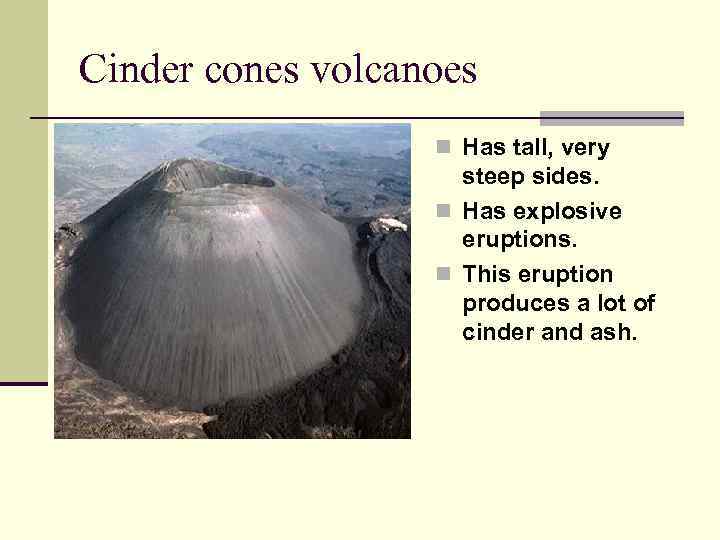 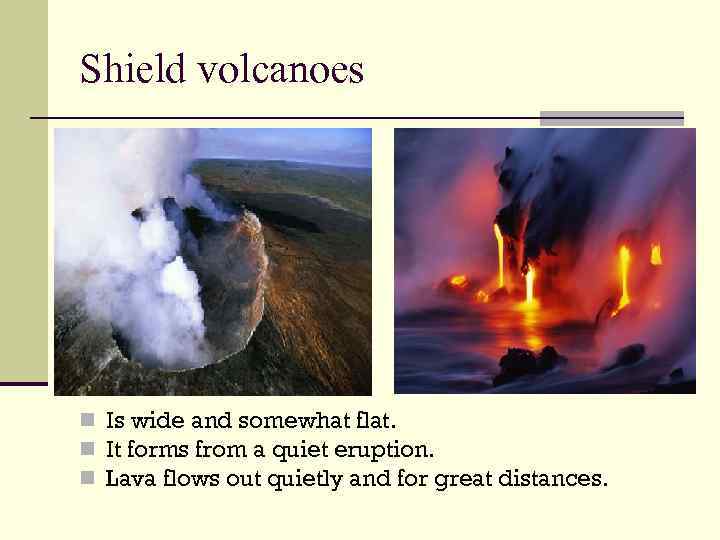 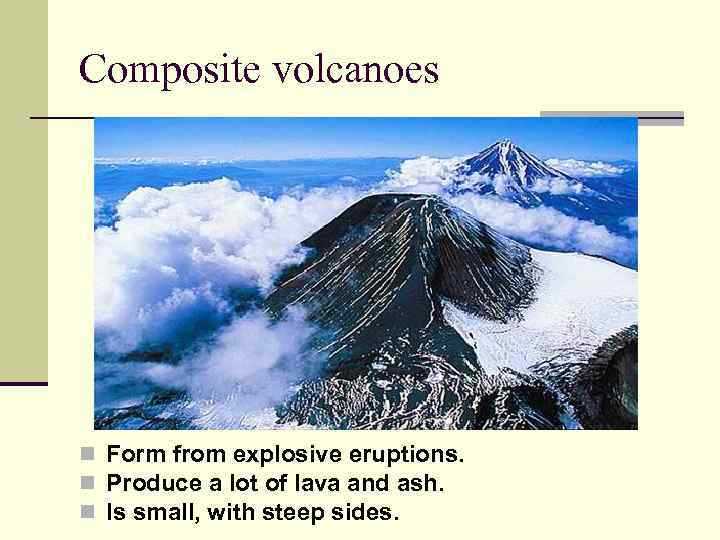 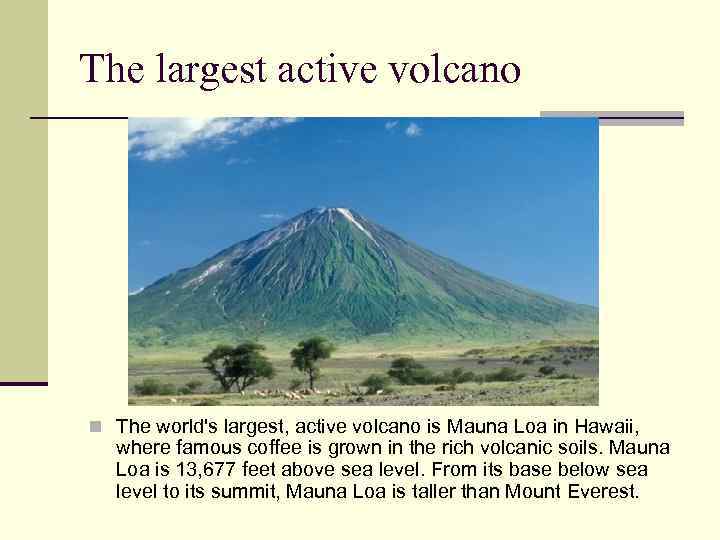 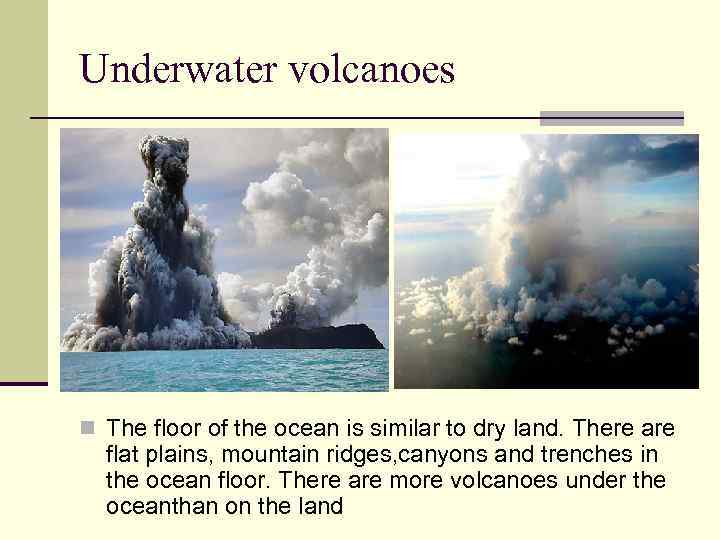 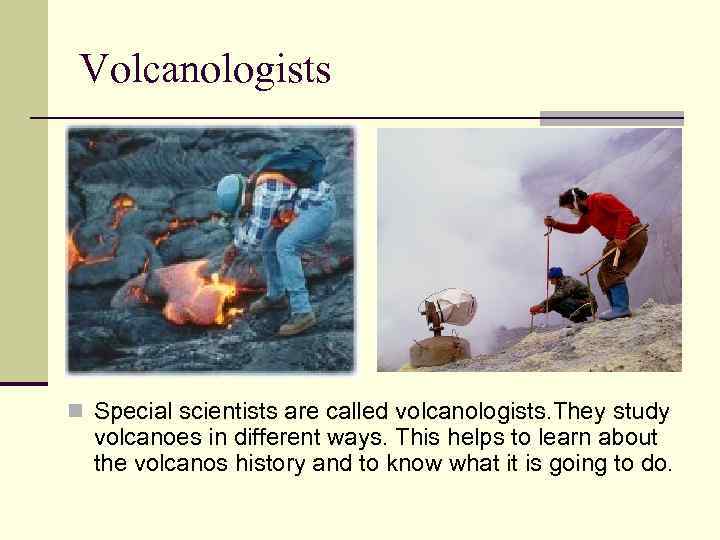 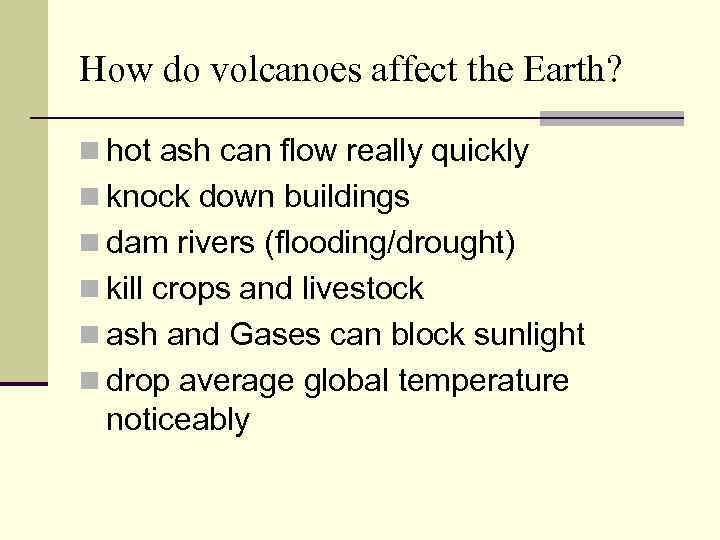 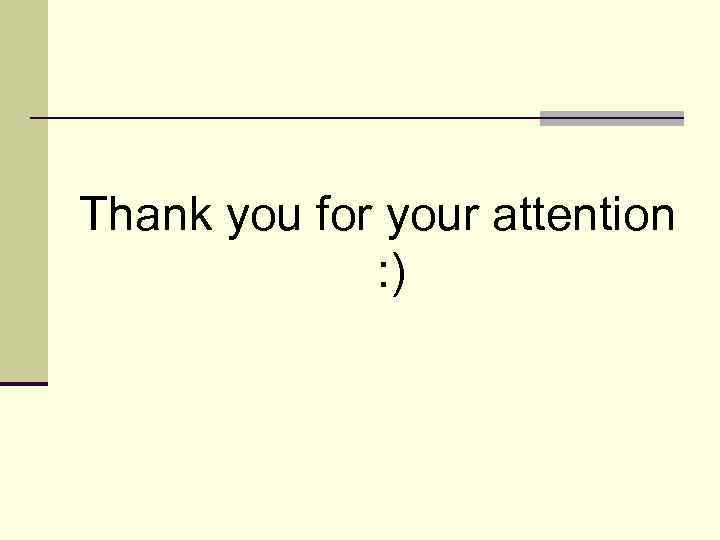 Скачать презентацию Volcanoes Presentation was made by Irina Tishchenko Form

Volcanoes Presentation was made by Irina Tishchenko Form 10 B

The definition of volcanoes A volcano is a mountain that opens downward to a pool of molten rock below the surface of the earth.

What causes volcanoes to erupt? n The Earth's crust is made up of huge slabs called plates, which fit together like a puzzle. These plates sometimes move. n Between the Earth's crust and the mantle is a substance called magma which is made of rock and gases. n When two plates collide, one section slides on top of the other, the one beneath is pushed down. Magma is squeezed up between two plates.

Shield volcanoes n Is wide and somewhat flat. n It forms from a quiet eruption. n Lava flows out quietly and for great distances.

Underwater volcanoes n The floor of the ocean is similar to dry land. There are flat plains, mountain ridges, canyons and trenches in the ocean floor. There are more volcanoes under the oceanthan on the land

Volcanologists n Special scientists are called volcanologists. They study volcanoes in different ways. This helps to learn about the volcanos history and to know what it is going to do.

Thank you for your attention : )