Volcano Ivanna Ilchyshyn A volcano is a 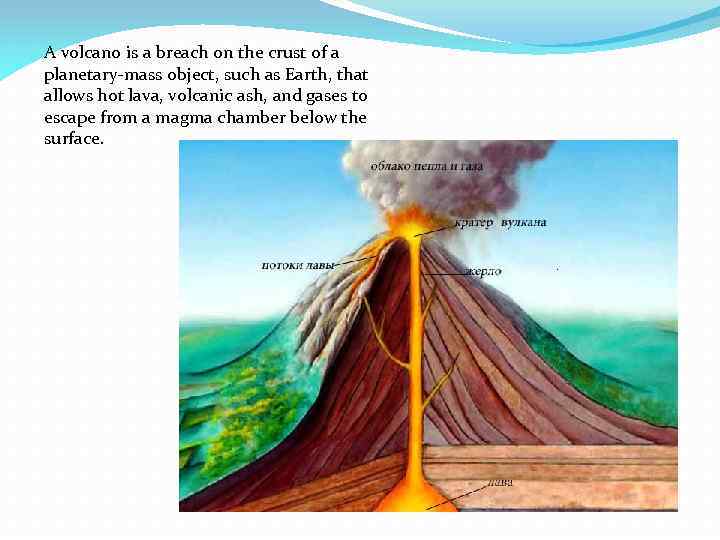 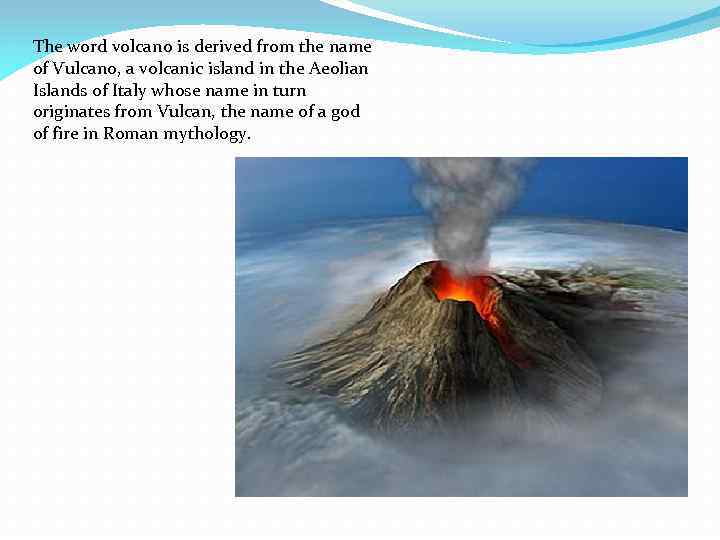 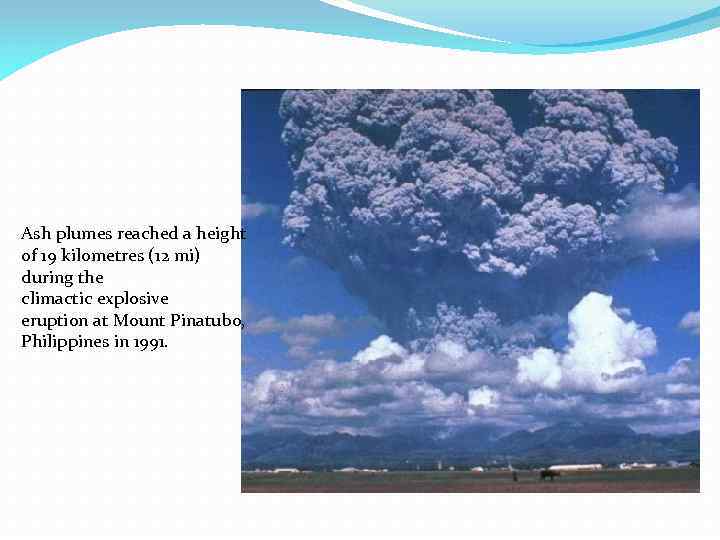 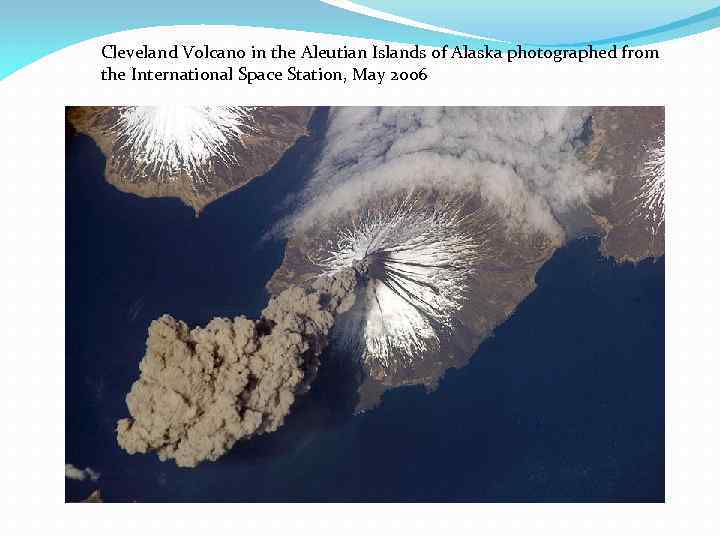 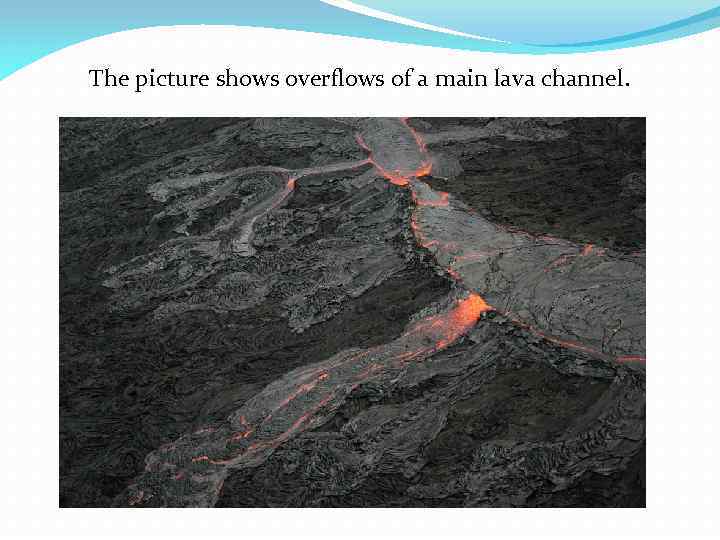 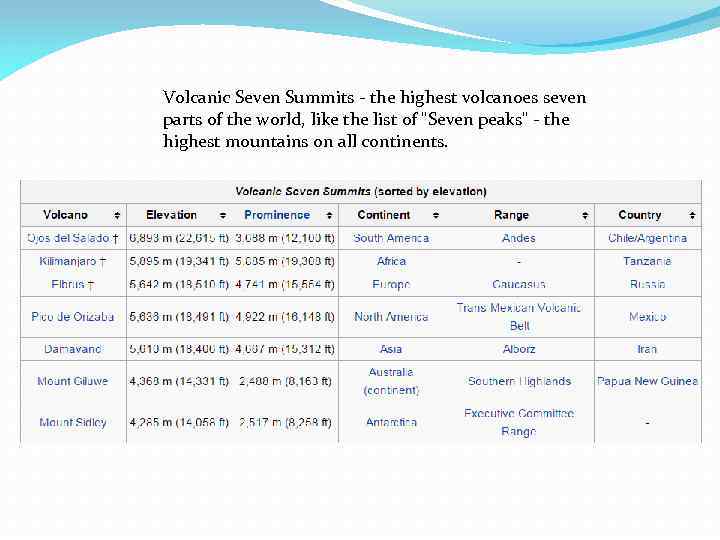 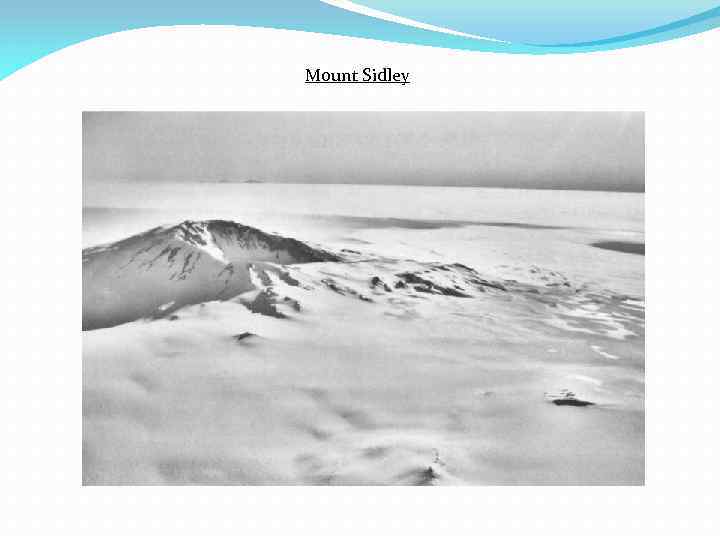 A volcano is a breach on the crust of a planetary-mass object, such as Earth, that allows hot lava, volcanic ash, and gases to escape from a magma chamber below the surface.

The word volcano is derived from the name of Vulcano, a volcanic island in the Aeolian Islands of Italy whose name in turn originates from Vulcan, the name of a god of fire in Roman mythology.

Olympus Mons (Latin, "Mount Olympus"), located on the planet Mars, is the tallest known mountain in our solar system.

Ash plumes reached a height of 19 kilometres (12 mi) during the climactic explosive eruption at Mount Pinatubo, Philippines in 1991.

Cleveland Volcano in the Aleutian Islands of Alaska photographed from the International Space Station, May 2006

The picture shows overflows of a main lava channel.

Traditional beliefs about volcanoes Many ancient accounts ascribe volcanic eruptions to supernatural causes, such as the actions of gods or demigods. To the ancient Greeks, volcanoes' capricious power could only be explained as acts of the gods, while 16 th/17 th-century German astronomer Johannes Kepler believed they were ducts for the Earth's tears.

Volcanic Seven Summits - the highest volcanoes seven parts of the world, like the list of "Seven peaks" - the highest mountains on all continents.

Theme of the project: «Volcanoes»

VOLCANOES OF KAMCHATKA ONE OF THE

GRAMMAR REVIEW by HERBER > Bart has

Social networks and their possibilities Our team: