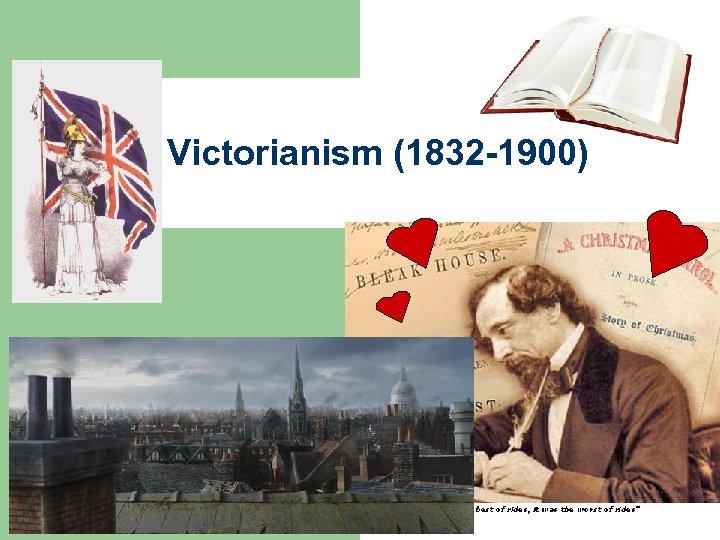 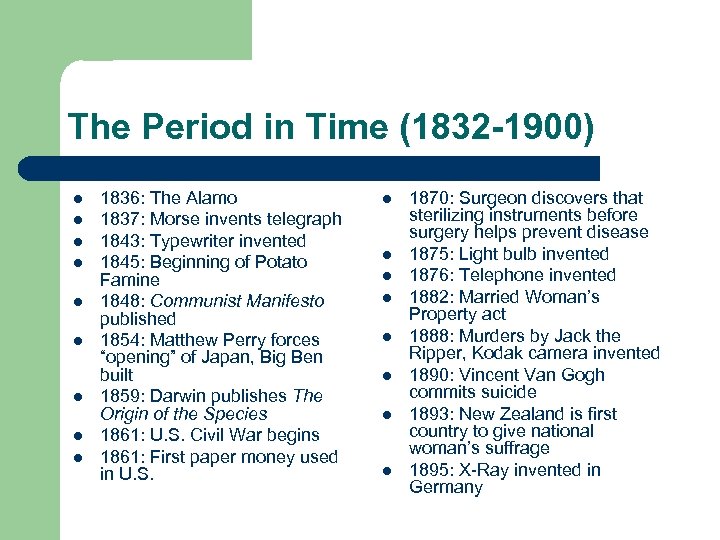 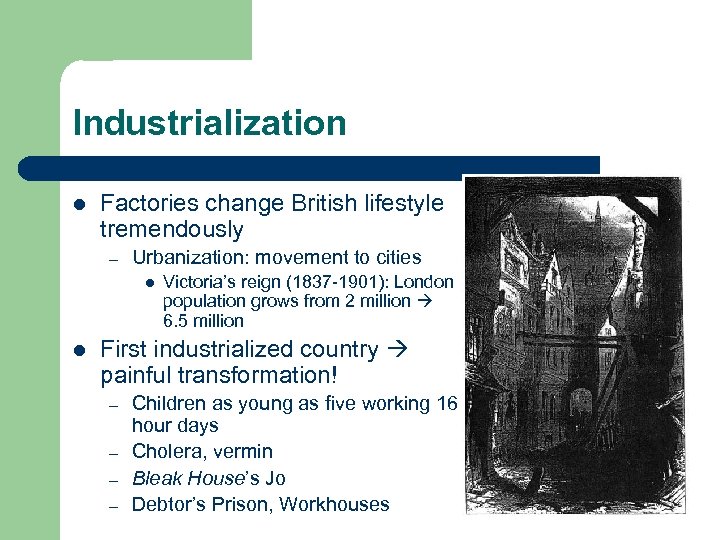 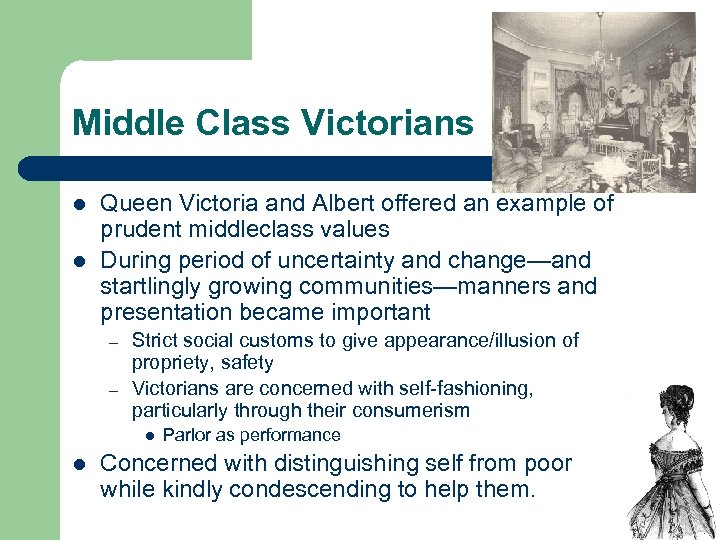 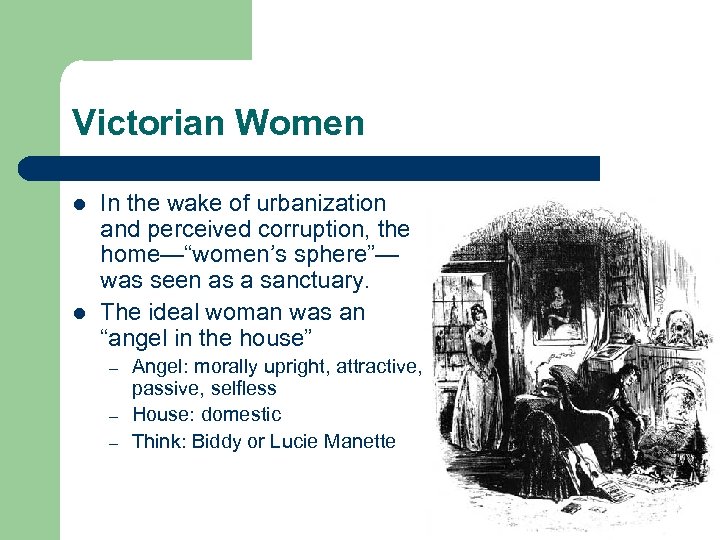 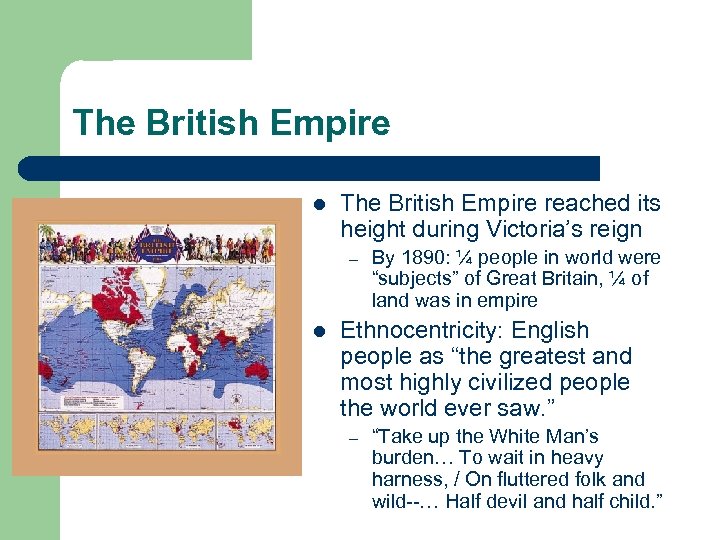 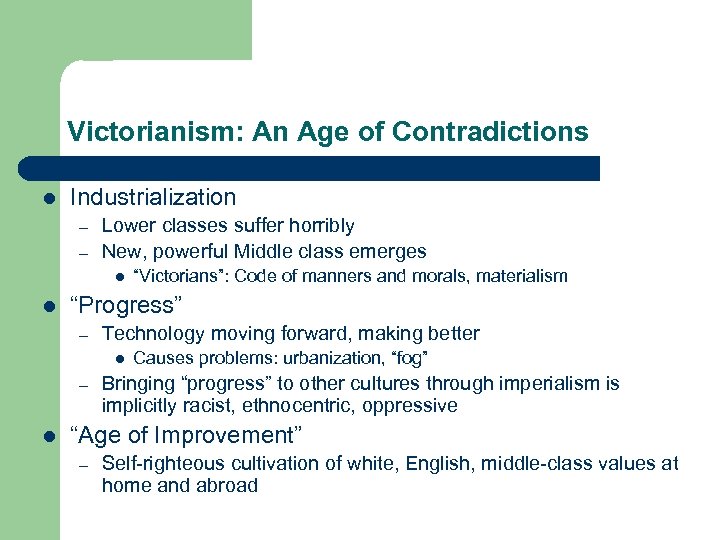 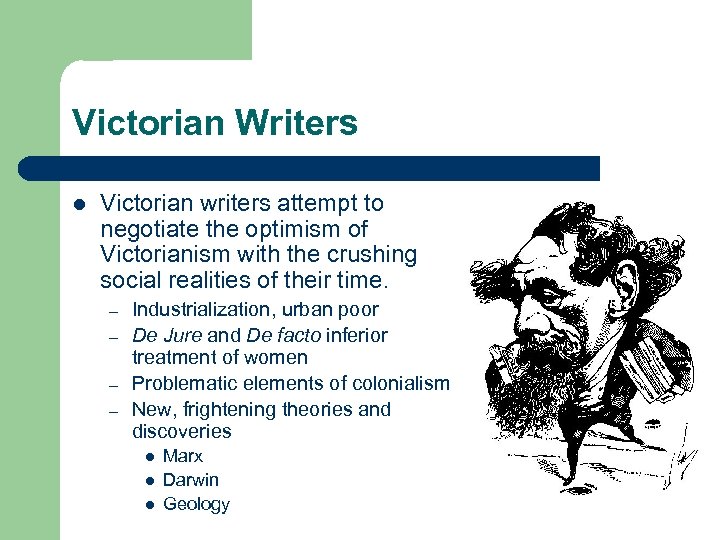 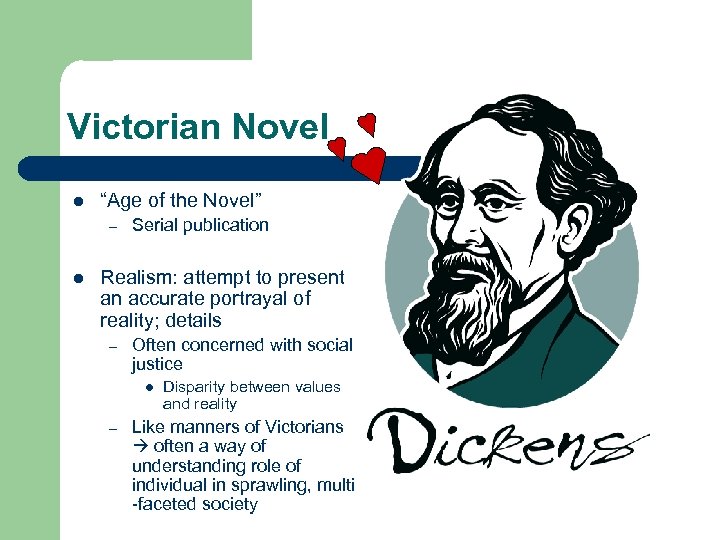 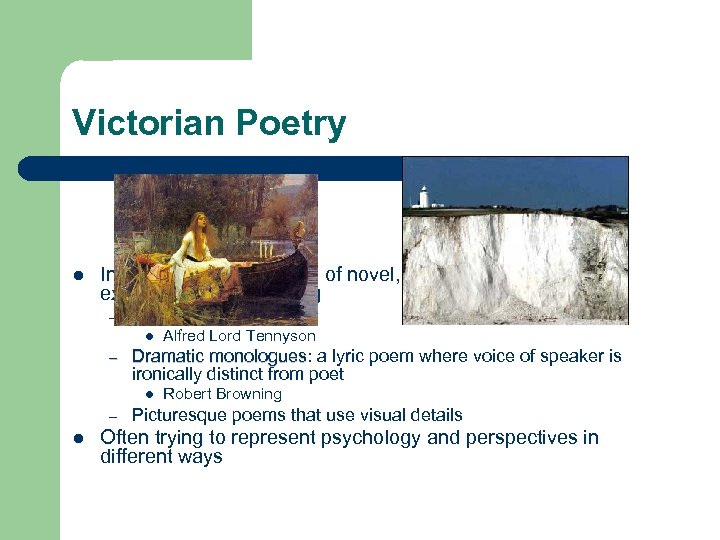 Middle Class Victorians l l Queen Victoria and Albert offered an example of prudent middleclass values During period of uncertainty and change—and startlingly growing communities—manners and presentation became important – – Strict social customs to give appearance/illusion of propriety, safety Victorians are concerned with self-fashioning, particularly through their consumerism l l Parlor as performance Concerned with distinguishing self from poor while kindly condescending to help them.

Victorian Women l l In the wake of urbanization and perceived corruption, the home—“women’s sphere”— was seen as a sanctuary. The ideal woman was an “angel in the house” – – – Angel: morally upright, attractive, passive, selfless House: domestic Think: Biddy or Lucie Manette

The British Empire l The British Empire reached its height during Victoria’s reign – l By 1890: ¼ people in world were “subjects” of Great Britain, ¼ of land was in empire Ethnocentricity: English people as “the greatest and most highly civilized people the world ever saw. ” – “Take up the White Man’s burden… To wait in heavy harness, / On fluttered folk and wild--… Half devil and half child. ”