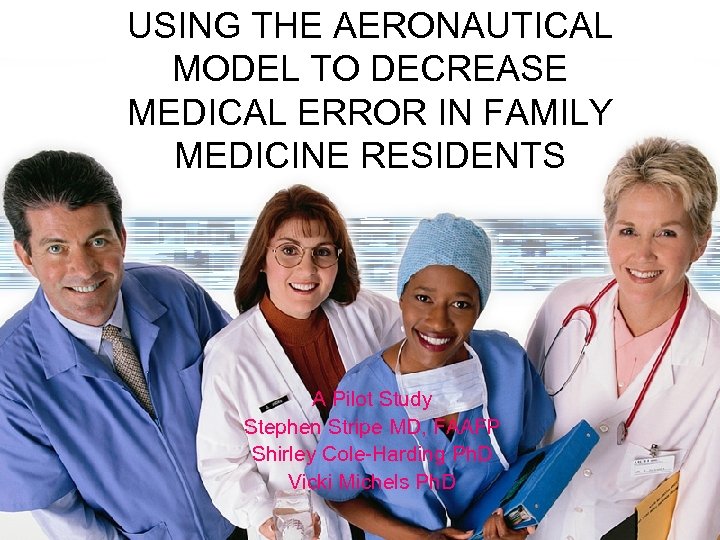 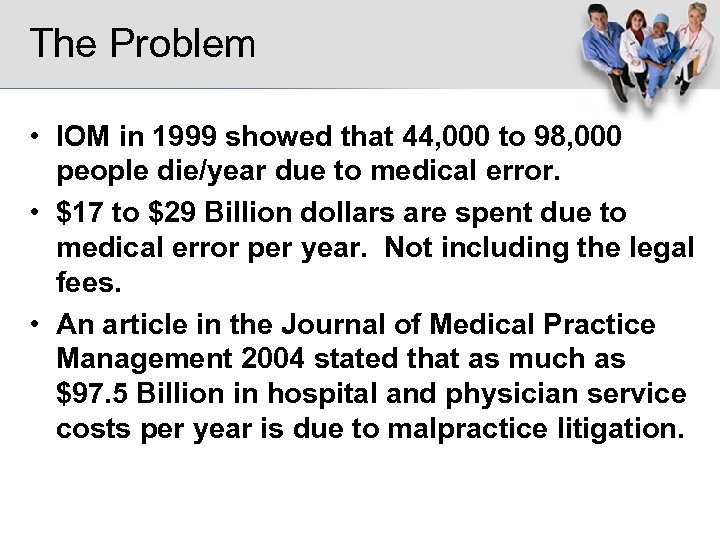 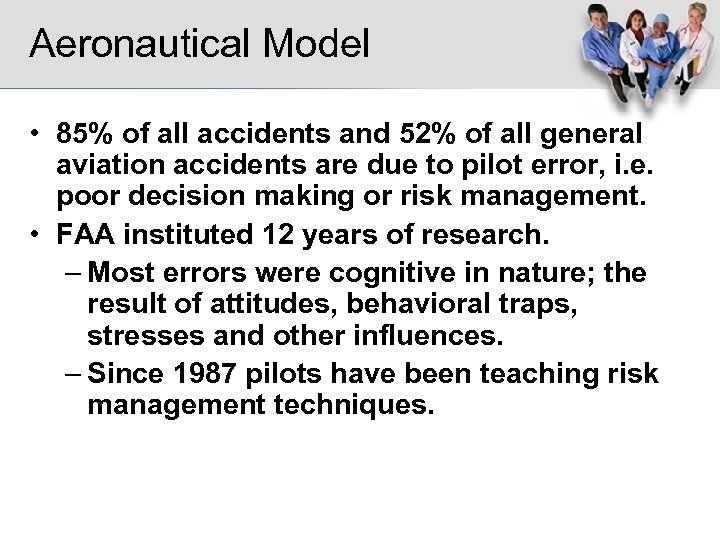 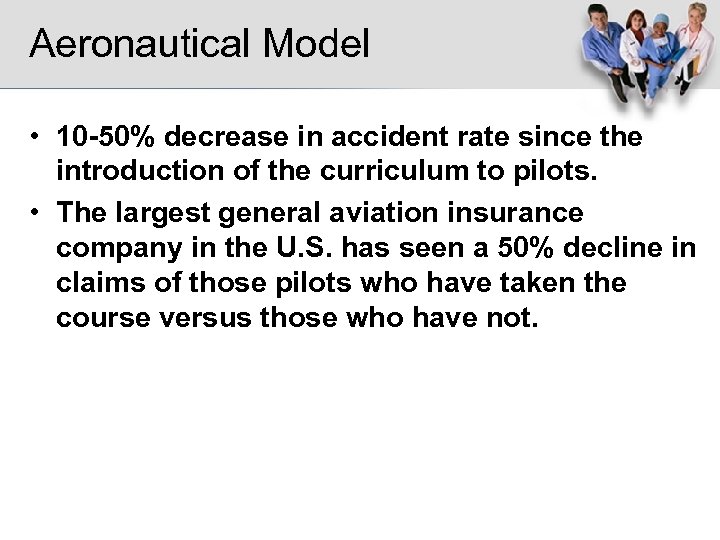 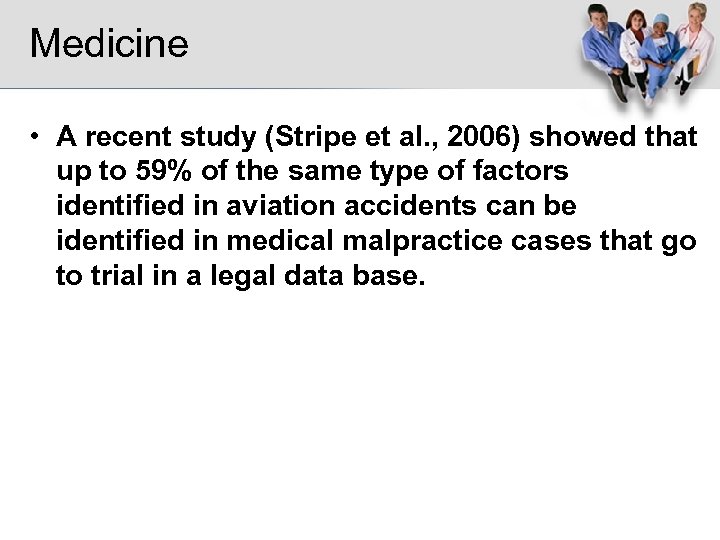 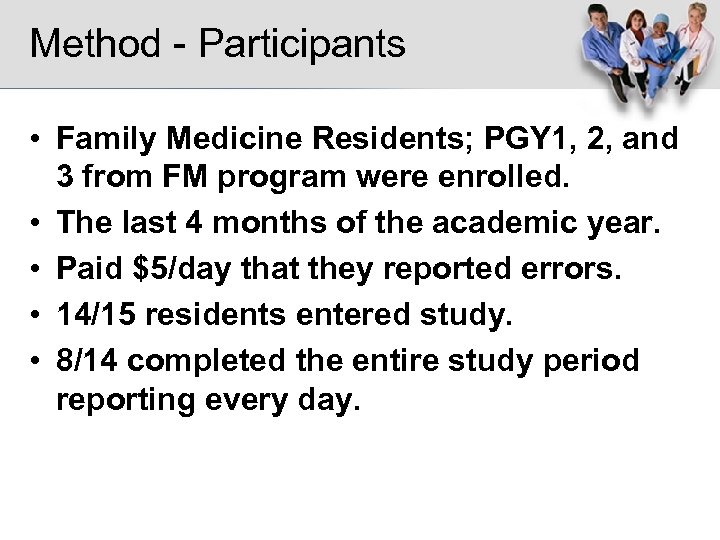 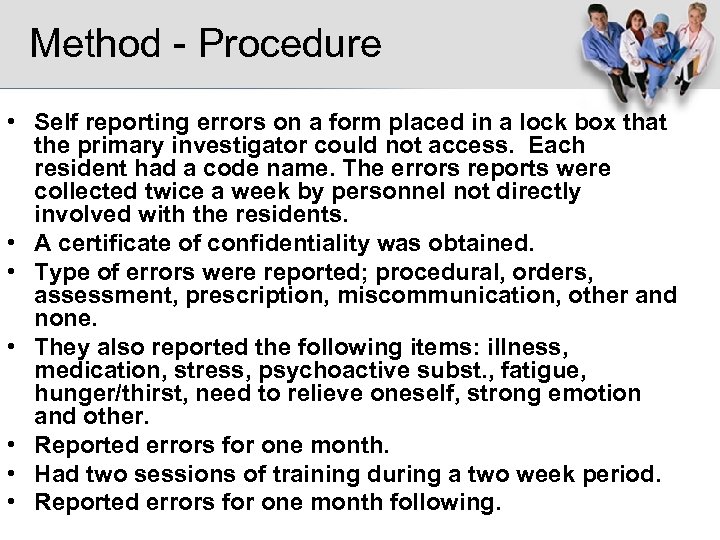 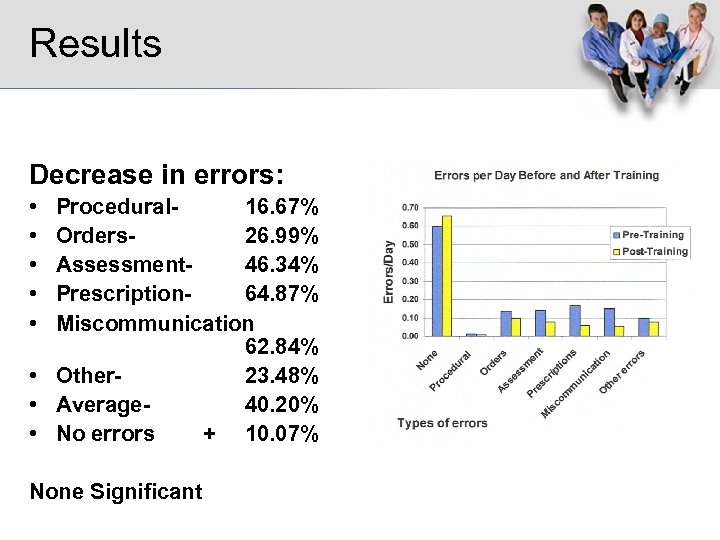 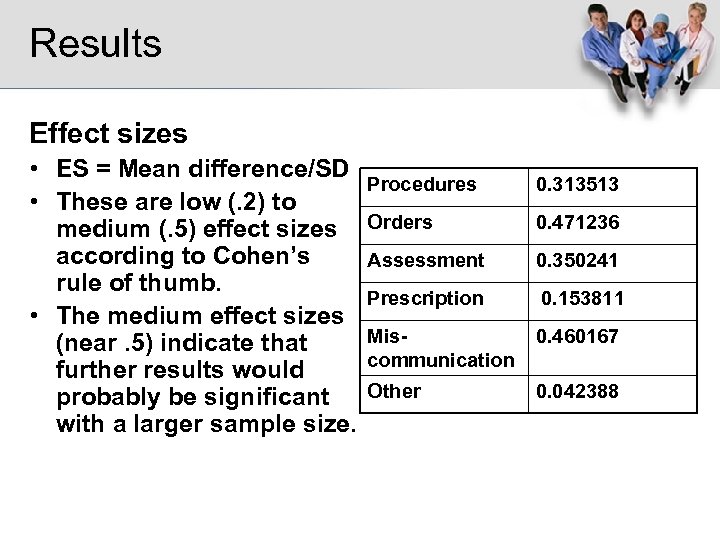 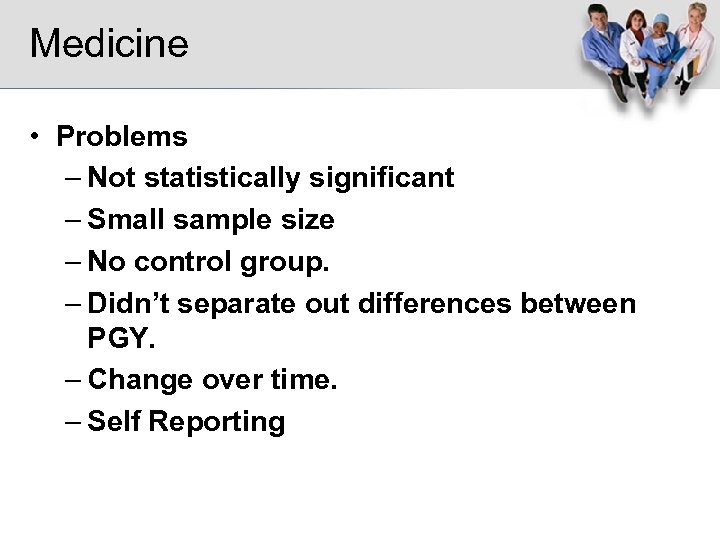 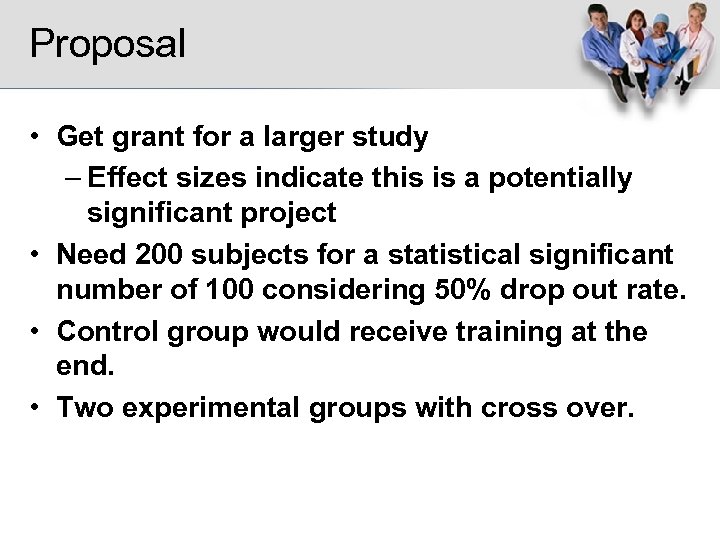 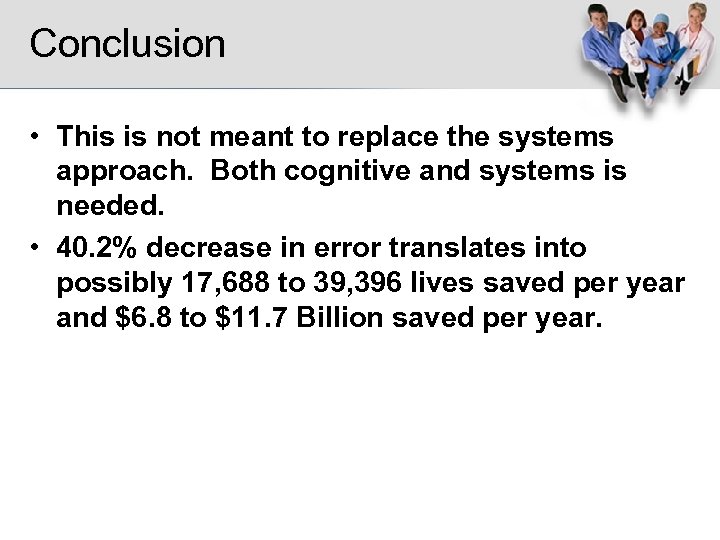 The Problem • IOM in 1999 showed that 44, 000 to 98, 000 people die/year due to medical error. • $17 to $29 Billion dollars are spent due to medical error per year. Not including the legal fees. • An article in the Journal of Medical Practice Management 2004 stated that as much as $97. 5 Billion in hospital and physician service costs per year is due to malpractice litigation.

Aeronautical Model • 85% of all accidents and 52% of all general aviation accidents are due to pilot error, i. e. poor decision making or risk management. • FAA instituted 12 years of research. – Most errors were cognitive in nature; the result of attitudes, behavioral traps, stresses and other influences. – Since 1987 pilots have been teaching risk management techniques.

Aeronautical Model • 10 -50% decrease in accident rate since the introduction of the curriculum to pilots. • The largest general aviation insurance company in the U. S. has seen a 50% decline in claims of those pilots who have taken the course versus those who have not.

Medicine • A recent study (Stripe et al. , 2006) showed that up to 59% of the same type of factors identified in aviation accidents can be identified in medical malpractice cases that go to trial in a legal data base.

Method - Procedure • Self reporting errors on a form placed in a lock box that the primary investigator could not access. Each resident had a code name. The errors reports were collected twice a week by personnel not directly involved with the residents. • A certificate of confidentiality was obtained. • Type of errors were reported; procedural, orders, assessment, prescription, miscommunication, other and none. • They also reported the following items: illness, medication, stress, psychoactive subst. , fatigue, hunger/thirst, need to relieve oneself, strong emotion and other. • Reported errors for one month. • Had two sessions of training during a two week period. • Reported errors for one month following.

Proposal • Get grant for a larger study – Effect sizes indicate this is a potentially significant project • Need 200 subjects for a statistical significant number of 100 considering 50% drop out rate. • Control group would receive training at the end. • Two experimental groups with cross over.