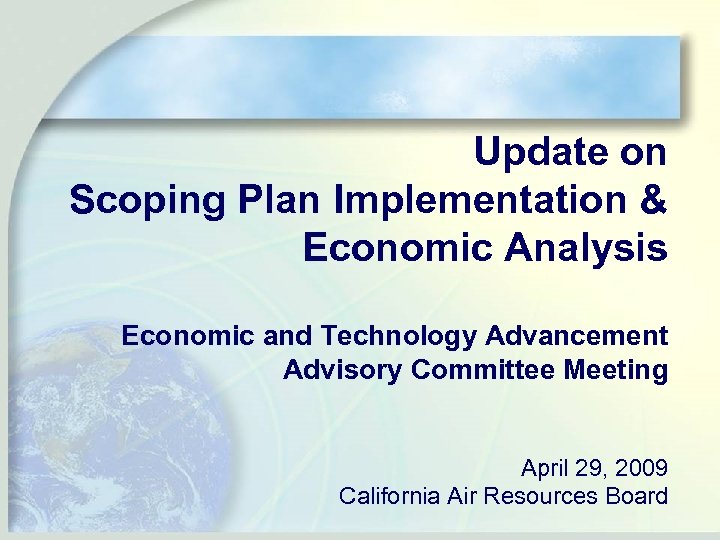 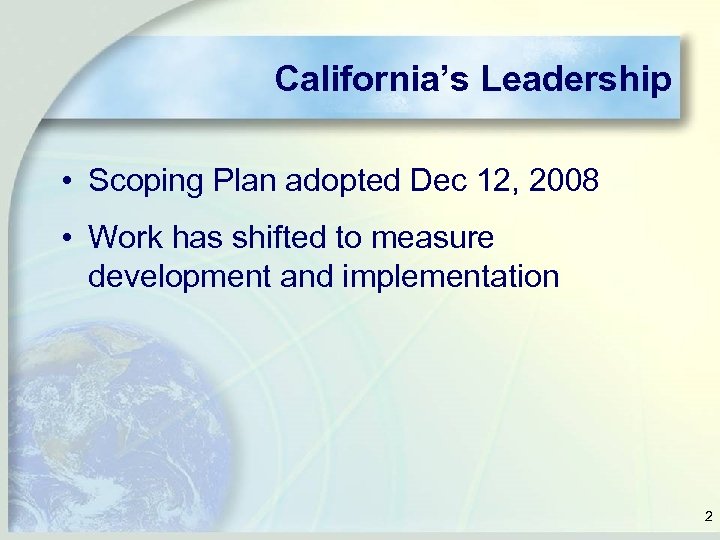 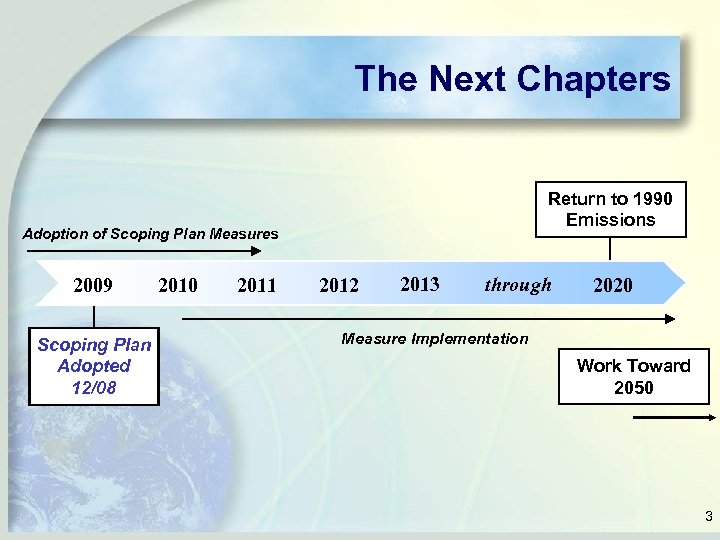 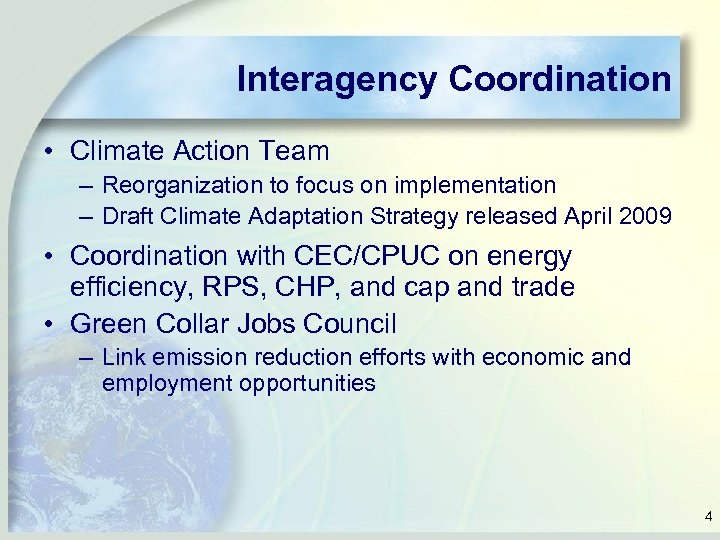 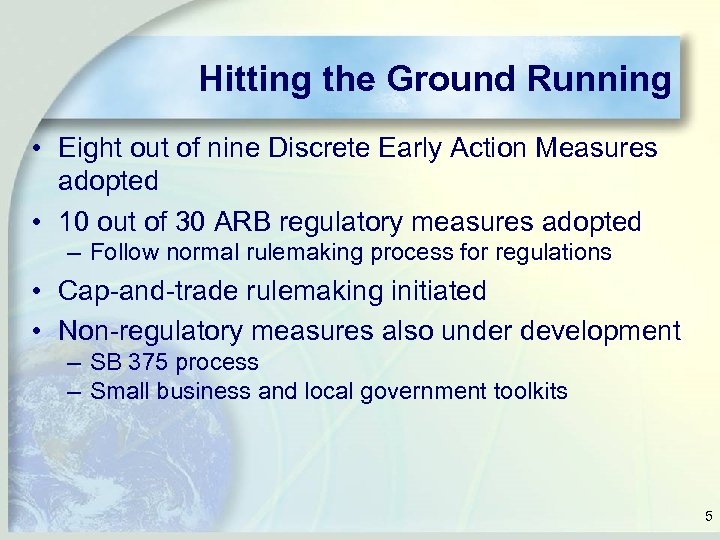 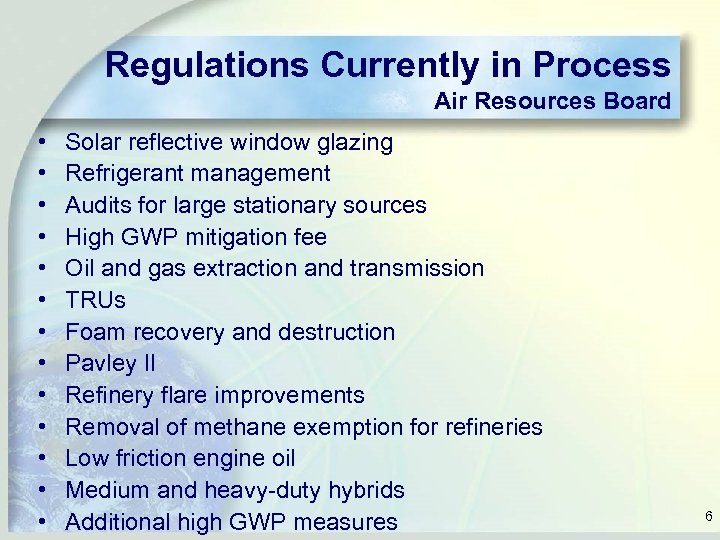 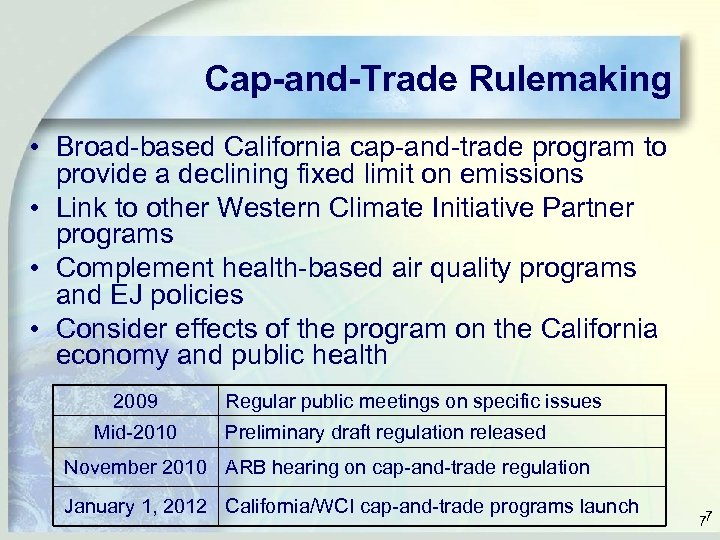 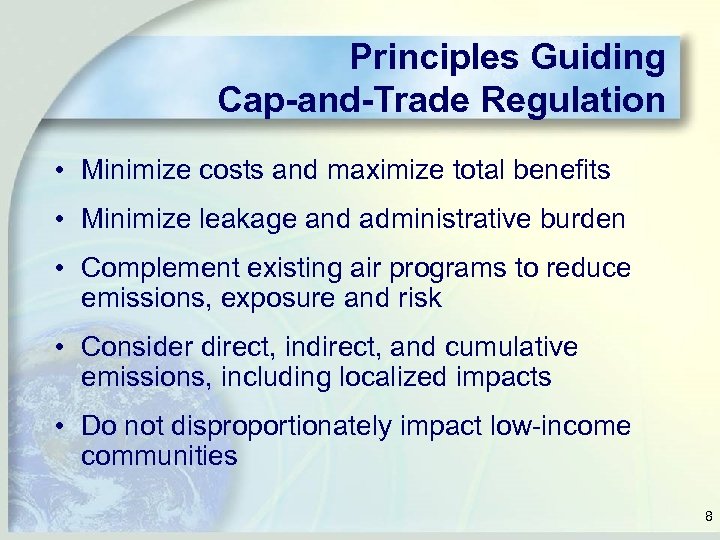 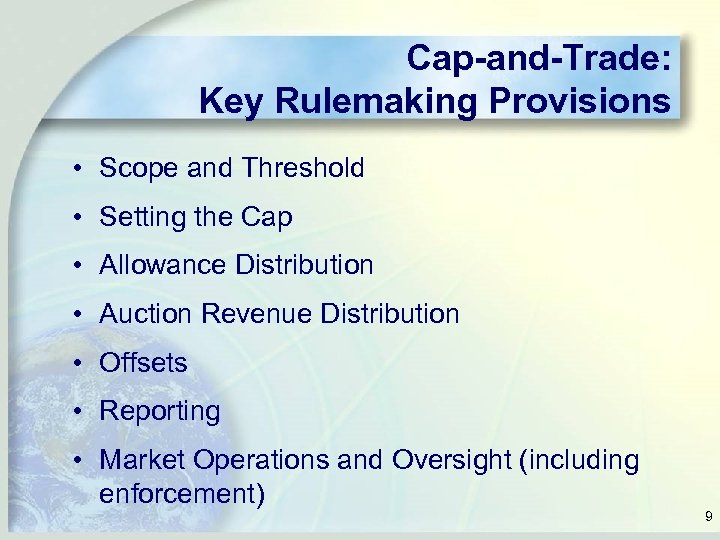 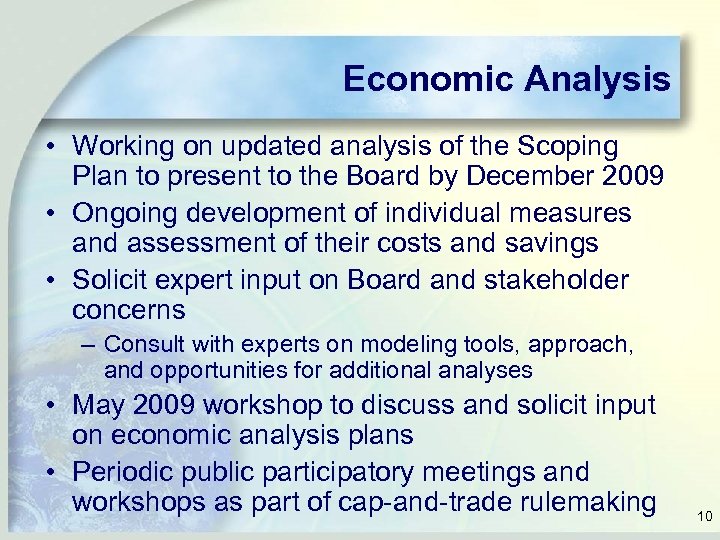 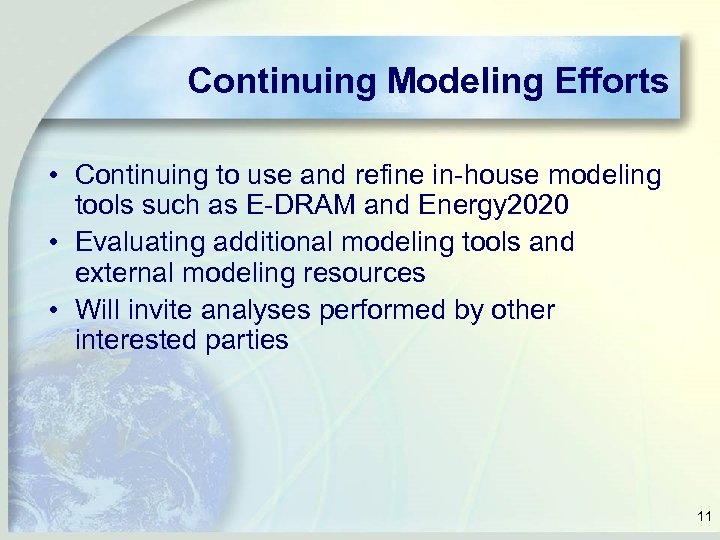 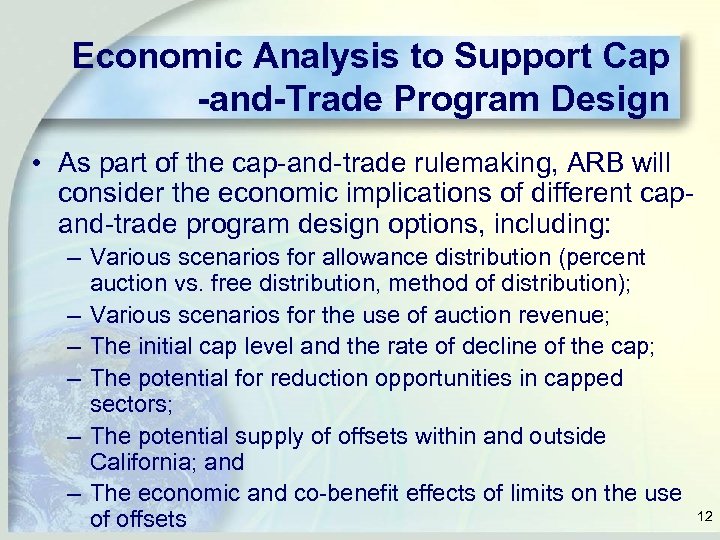 Economic Analysis • Working on updated analysis of the Scoping Plan to present to the Board by December 2009 • Ongoing development of individual measures and assessment of their costs and savings • Solicit expert input on Board and stakeholder concerns – Consult with experts on modeling tools, approach, and opportunities for additional analyses • May 2009 workshop to discuss and solicit input on economic analysis plans • Periodic public participatory meetings and workshops as part of cap-and-trade rulemaking 10

Economic Analysis to Support Cap -and-Trade Program Design • As part of the cap-and-trade rulemaking, ARB will consider the economic implications of different capand-trade program design options, including: – Various scenarios for allowance distribution (percent auction vs. free distribution, method of distribution); – Various scenarios for the use of auction revenue; – The initial cap level and the rate of decline of the cap; – The potential for reduction opportunities in capped sectors; – The potential supply of offsets within and outside California; and – The economic and co-benefit effects of limits on the use of offsets 12