Unit 4 The British Judiciary Separation of 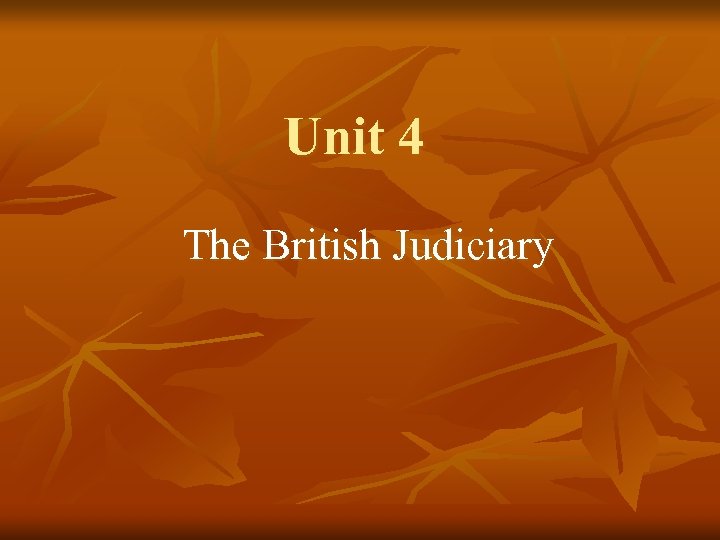 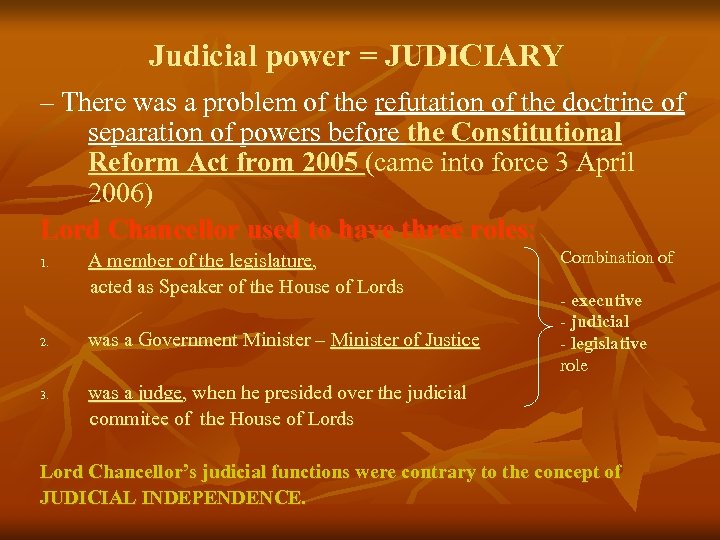 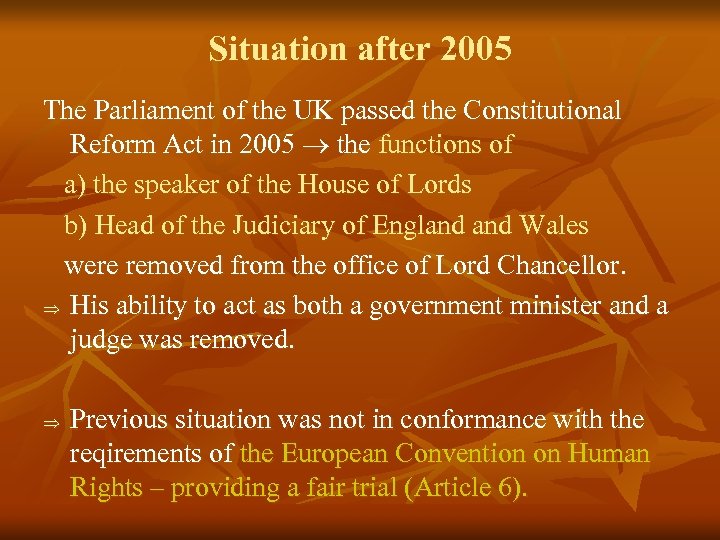 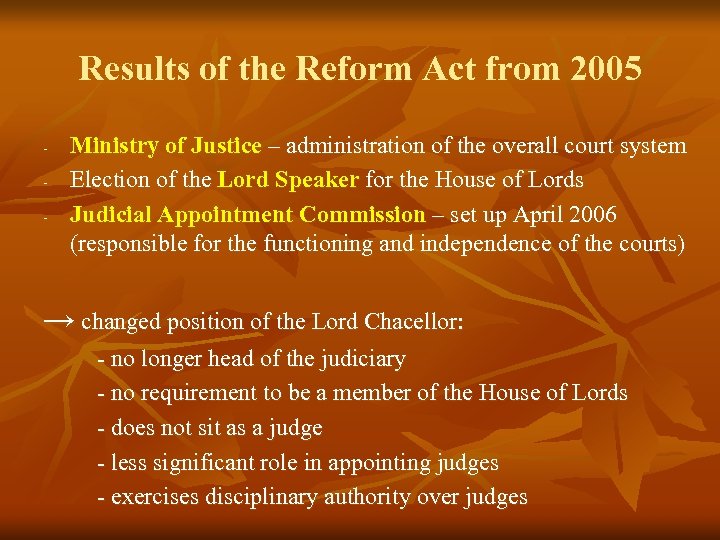 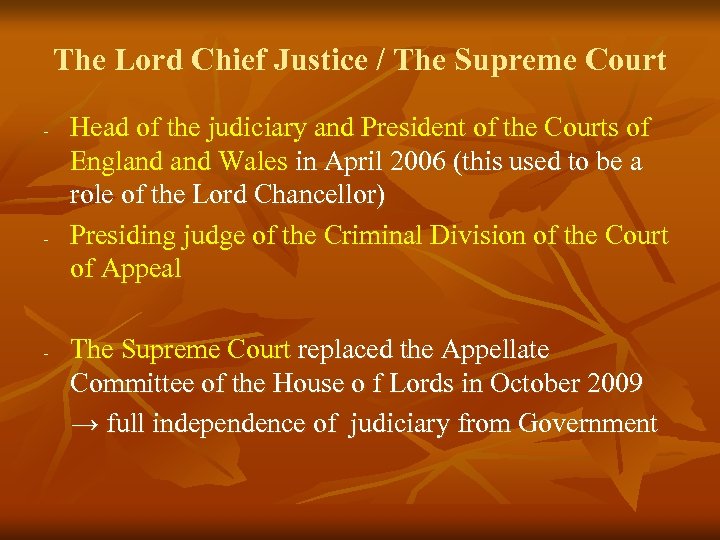 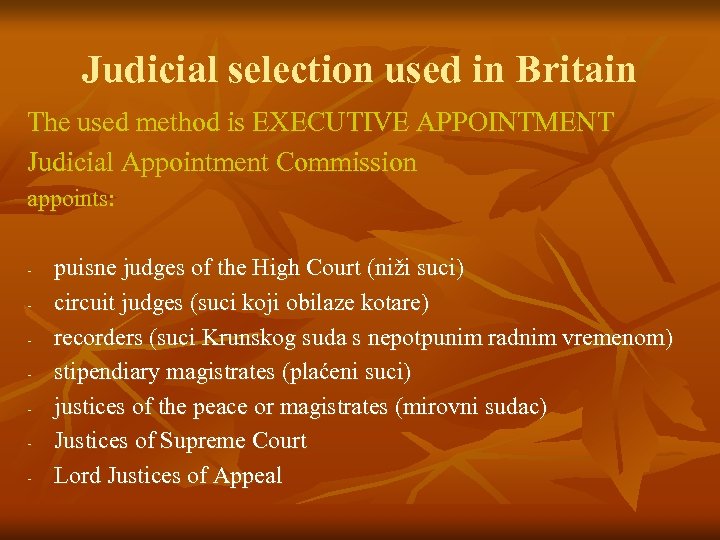 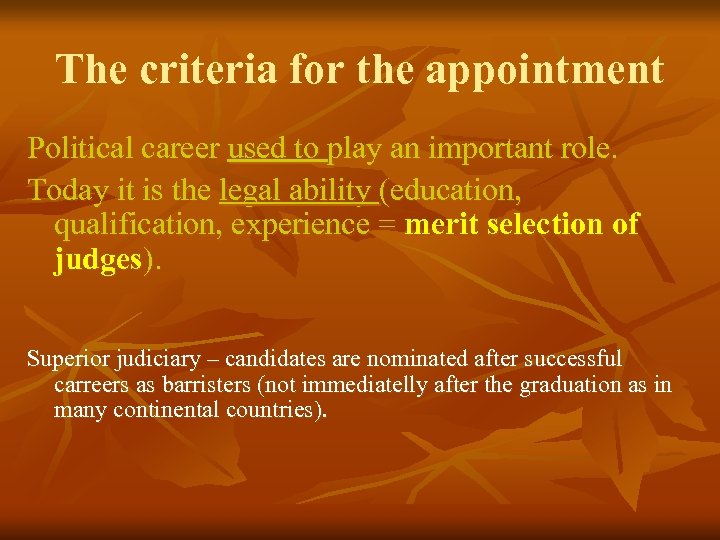 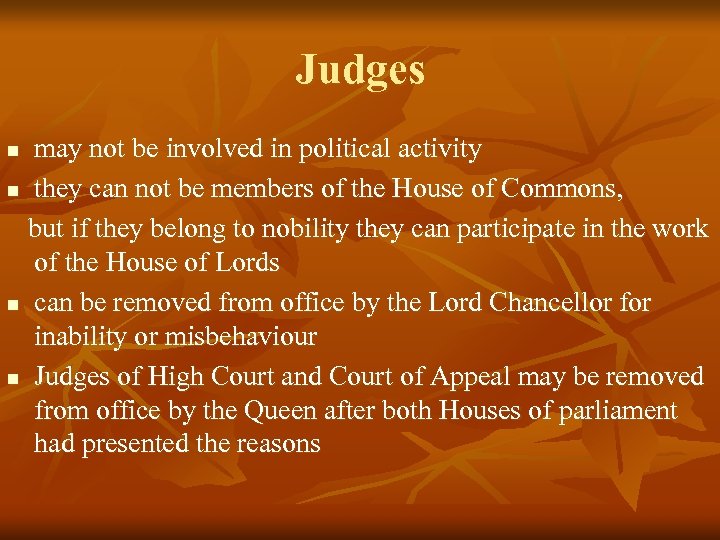 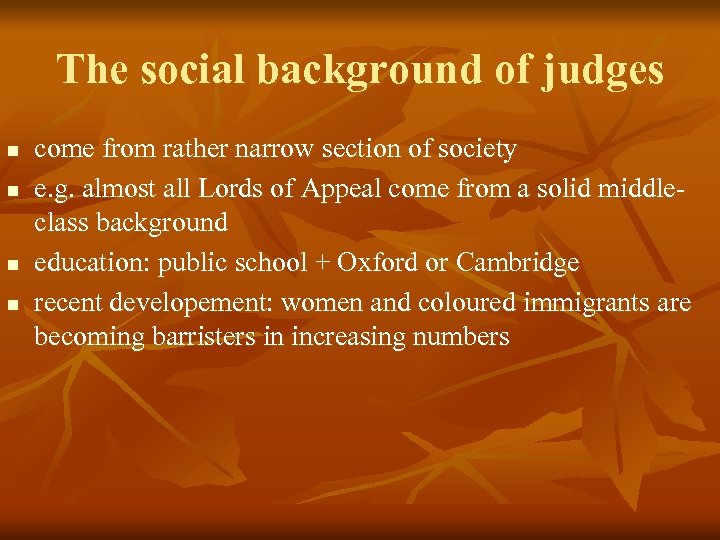 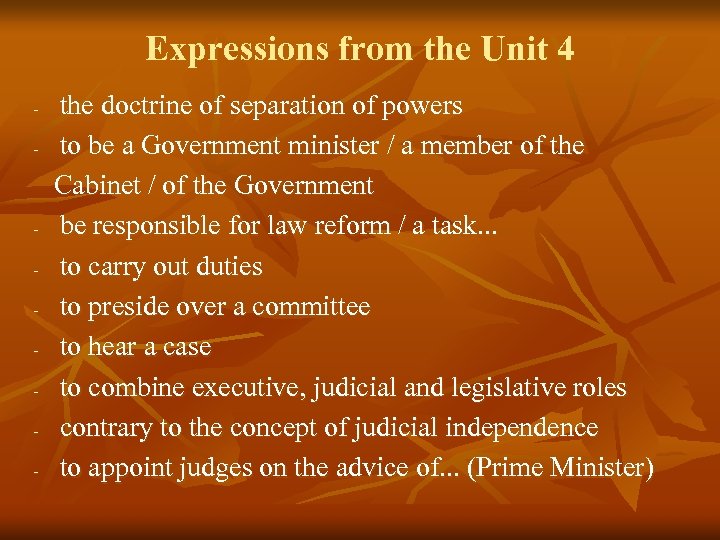 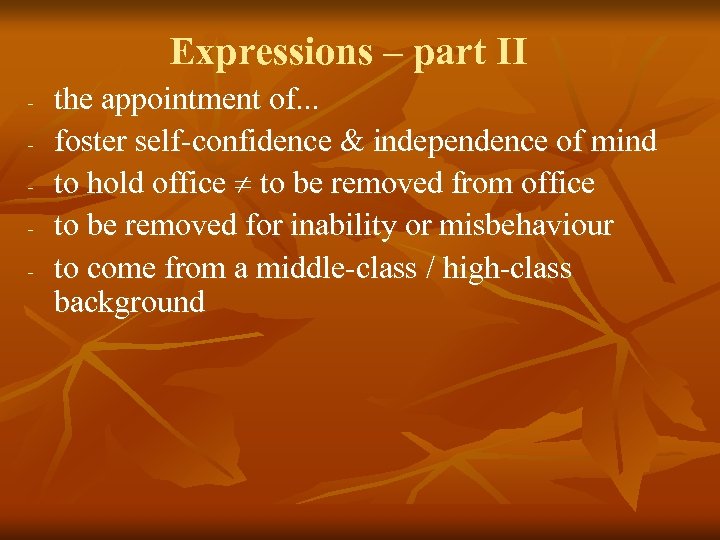 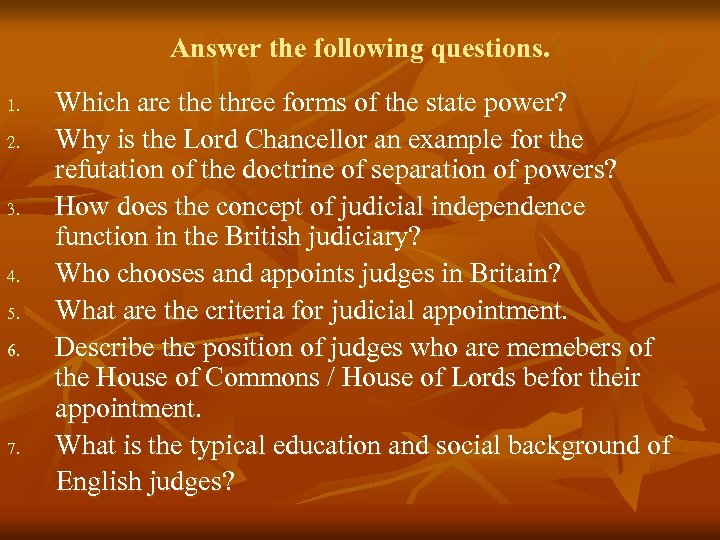 Judicial power = JUDICIARY – There was a problem of the refutation of the doctrine of separation of powers before the Constitutional Reform Act from 2005 (came into force 3 April 2006) Lord Chancellor used to have three roles: 1. 2. 3. A member of the legislature, acted as Speaker of the House of Lords was a Government Minister – Minister of Justice Combination of - executive - judicial - legislative role was a judge, when he presided over the judicial commitee of the House of Lords Lord Chancellor’s judicial functions were contrary to the concept of JUDICIAL INDEPENDENCE.

Situation after 2005 The Parliament of the UK passed the Constitutional Reform Act in 2005 the functions of a) the speaker of the House of Lords b) Head of the Judiciary of England Wales were removed from the office of Lord Chancellor. Þ His ability to act as both a government minister and a judge was removed. Þ Previous situation was not in conformance with the reqirements of the European Convention on Human Rights – providing a fair trial (Article 6).

Results of the Reform Act from 2005 - Ministry of Justice – administration of the overall court system Election of the Lord Speaker for the House of Lords Judicial Appointment Commission – set up April 2006 (responsible for the functioning and independence of the courts) → changed position of the Lord Chacellor: - no longer head of the judiciary - no requirement to be a member of the House of Lords - does not sit as a judge - less significant role in appointing judges - exercises disciplinary authority over judges

The criteria for the appointment Political career used to play an important role. Today it is the legal ability (education, qualification, experience = merit selection of judges). Superior judiciary – candidates are nominated after successful carreers as barristers (not immediatelly after the graduation as in many continental countries).

Judges may not be involved in political activity n they can not be members of the House of Commons, but if they belong to nobility they can participate in the work of the House of Lords n can be removed from office by the Lord Chancellor for inability or misbehaviour n Judges of High Court and Court of Appeal may be removed from office by the Queen after both Houses of parliament had presented the reasons n

Expressions from the Unit 4 - - the doctrine of separation of powers to be a Government minister / a member of the Cabinet / of the Government be responsible for law reform / a task. . . to carry out duties to preside over a committee to hear a case to combine executive, judicial and legislative roles contrary to the concept of judicial independence to appoint judges on the advice of. . . (Prime Minister)

Answer the following questions. 1. 2. 3. 4. 5. 6. 7. Which are three forms of the state power? Why is the Lord Chancellor an example for the refutation of the doctrine of separation of powers? How does the concept of judicial independence function in the British judiciary? Who chooses and appoints judges in Britain? What are the criteria for judicial appointment. Describe the position of judges who are memebers of the House of Commons / House of Lords befor their appointment. What is the typical education and social background of English judges?