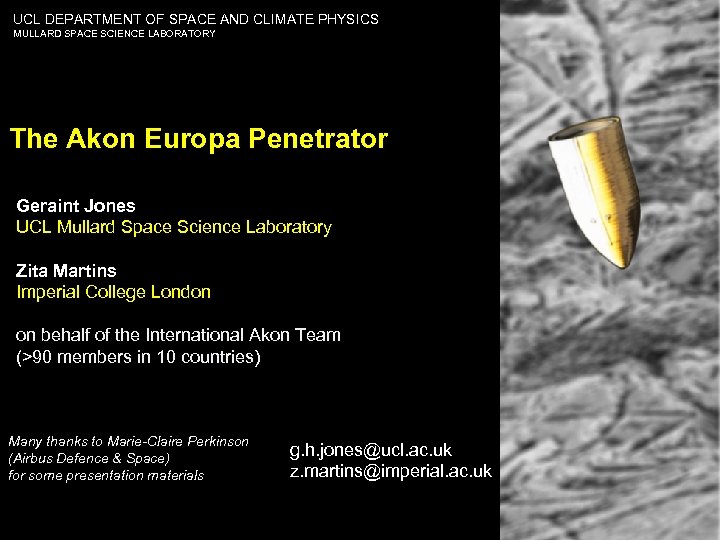 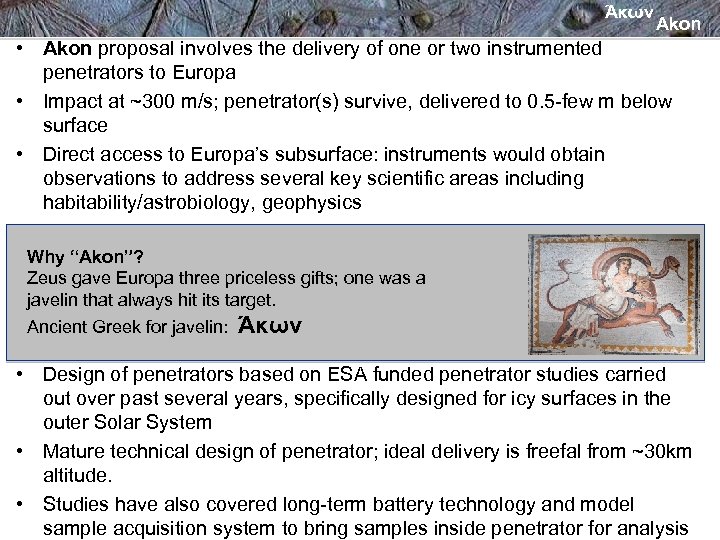 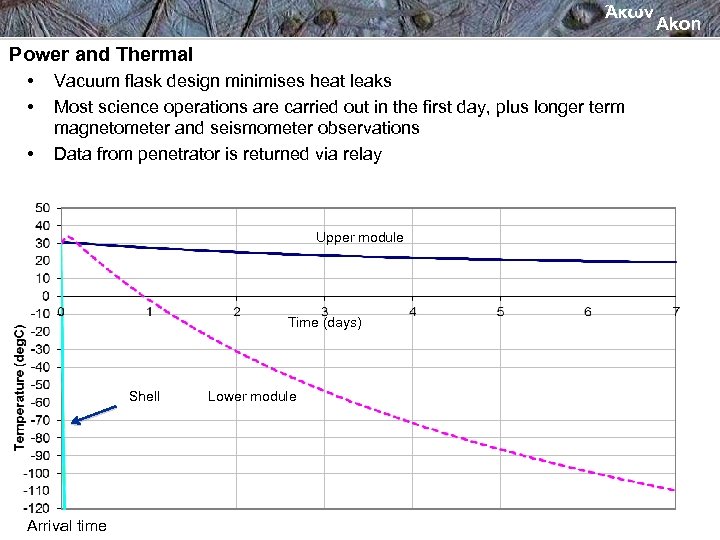 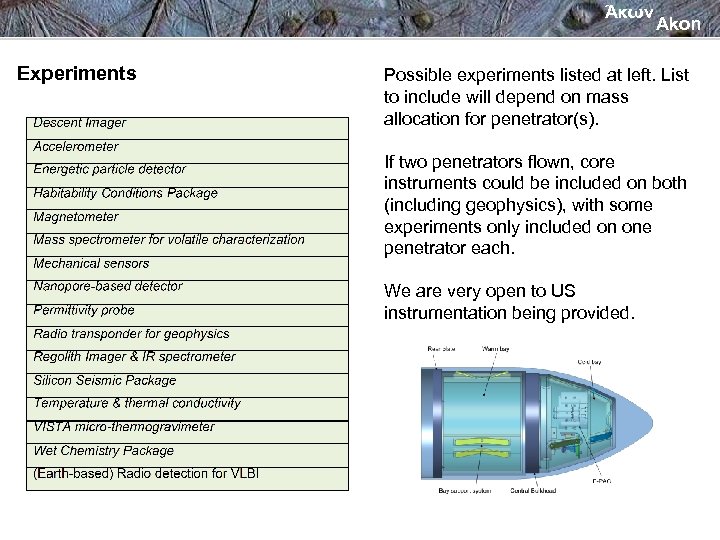 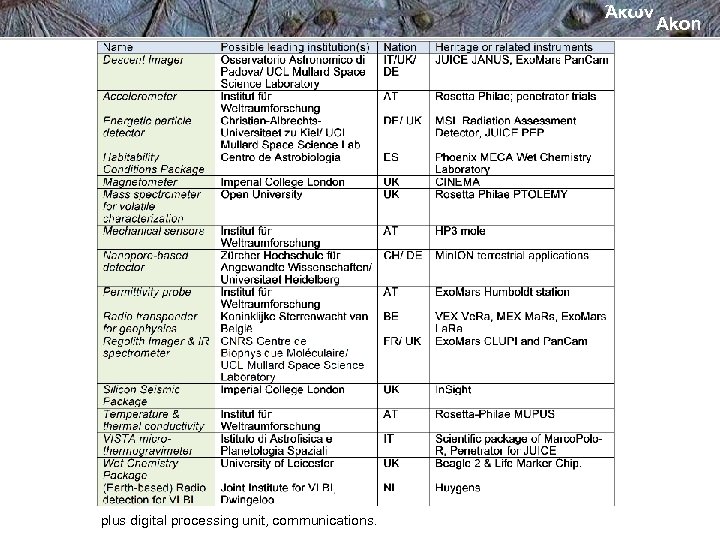 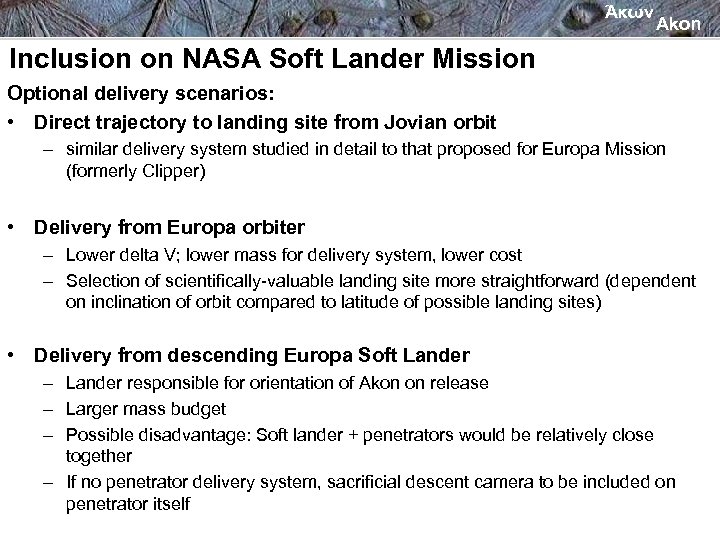 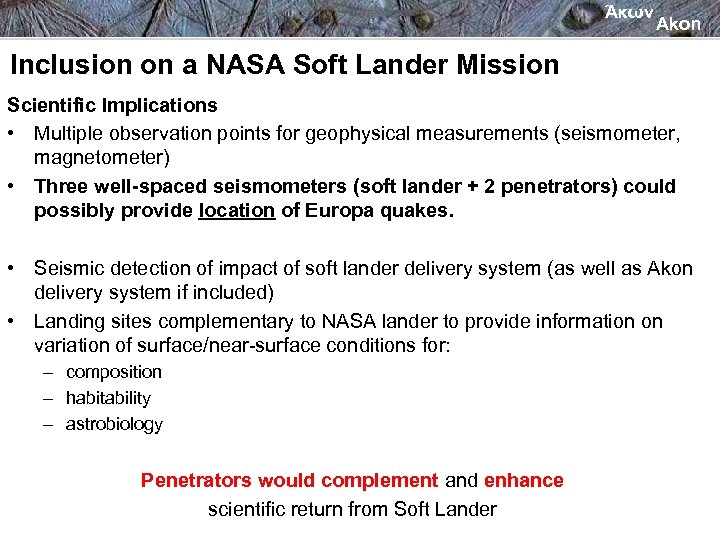 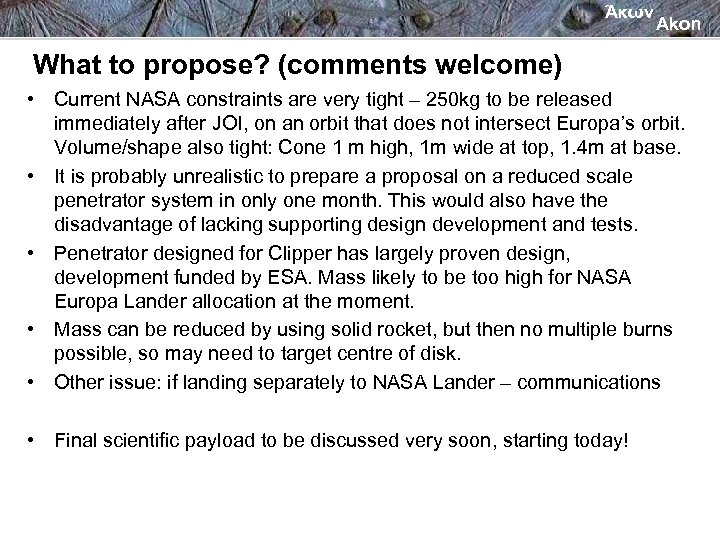 Άκων Experiments Akon Possible(CAB) HCP experiments listed at left. List to include will depend on mass allocation for penetrator(s). If two penetrators flown, core instruments could be included on both (including geophysics), with some Sample Imager (MSSL) experiments only included on one penetrator each. We are very open to US instrumentation being provided. BMS (OU)

Άκων Akon What to propose? (comments welcome) • Current NASA constraints are very tight – 250 kg to be released immediately after JOI, on an orbit that does not intersect Europa’s orbit. Volume/shape also tight: Cone 1 m high, 1 m wide at top, 1. 4 m at base. • It is probably unrealistic to prepare a proposal on a reduced scale penetrator system in only one month. This would also have the disadvantage of lacking supporting design development and tests. • Penetrator designed for Clipper has largely proven design, development funded by ESA. Mass likely to be too high for NASA Europa Lander allocation at the moment. • Mass can be reduced by using solid rocket, but then no multiple burns possible, so may need to target centre of disk. • Other issue: if landing separately to NASA Lander – communications • Final scientific payload to be discussed very soon, starting today!