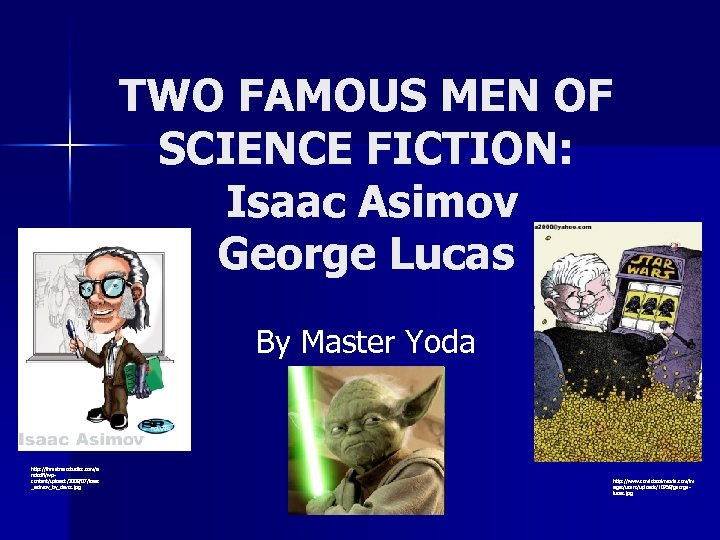 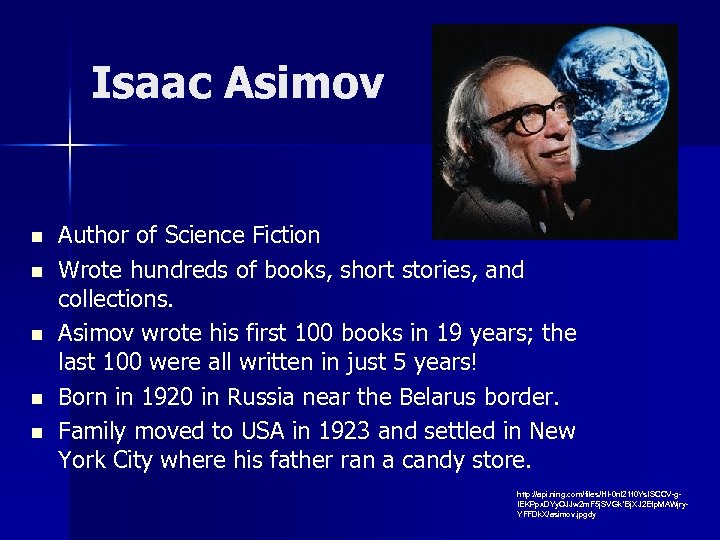 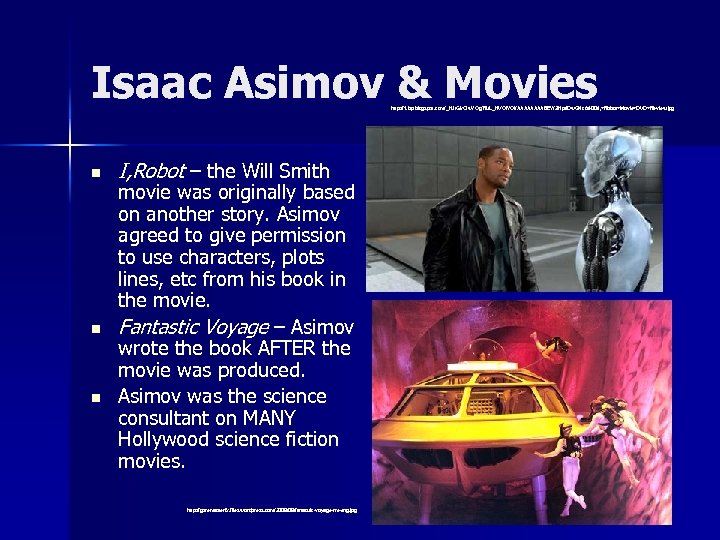 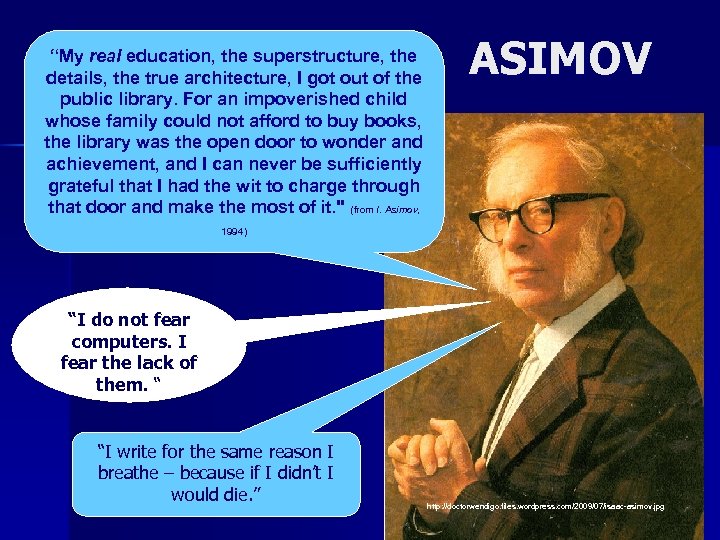 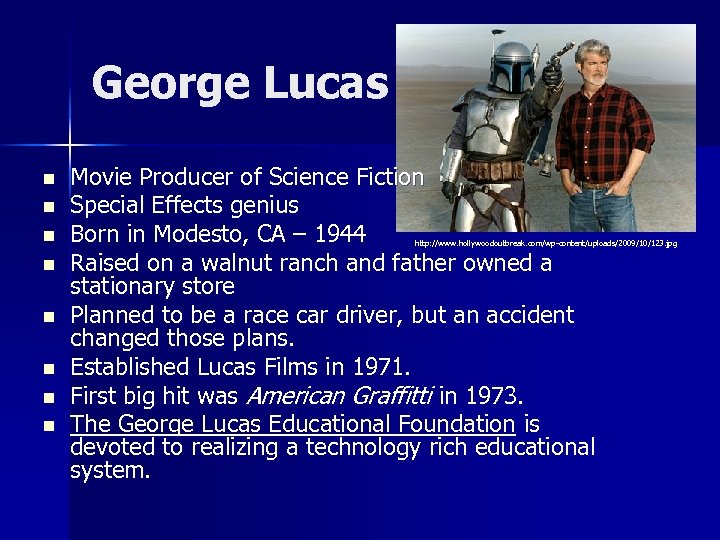 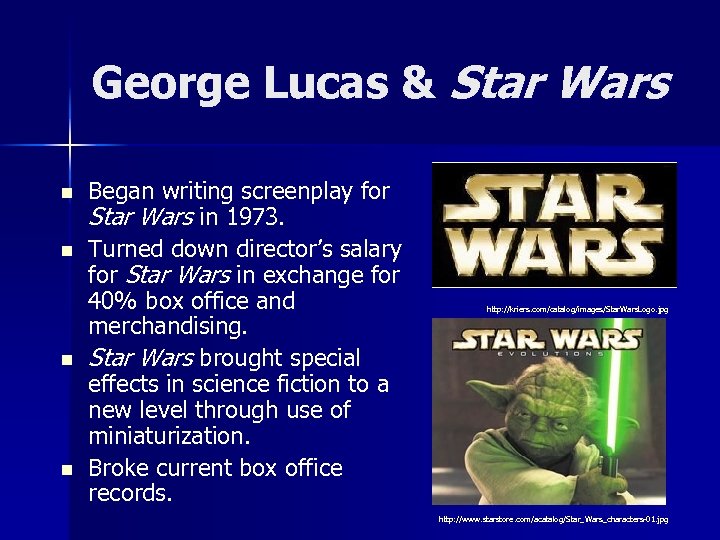 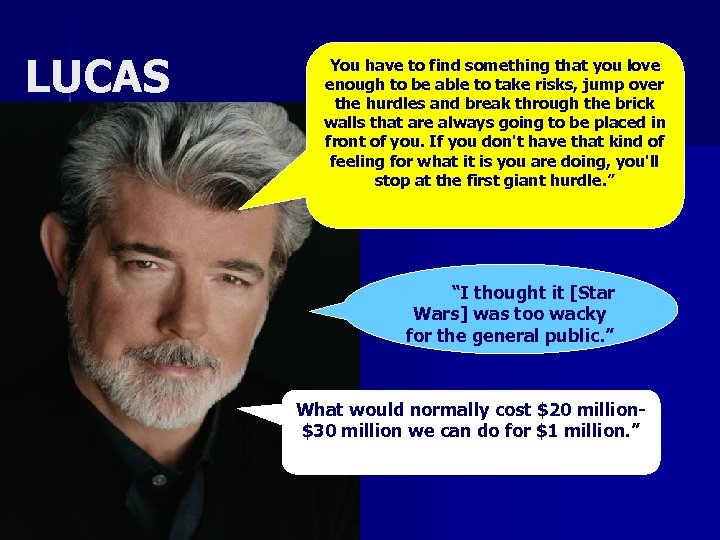 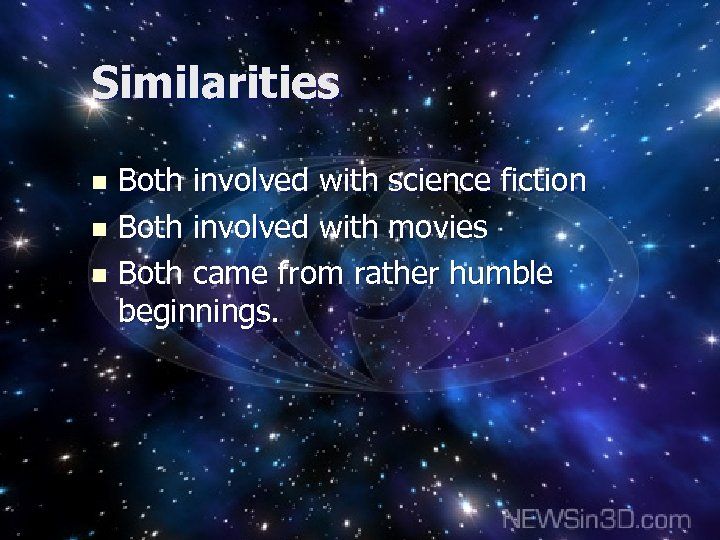 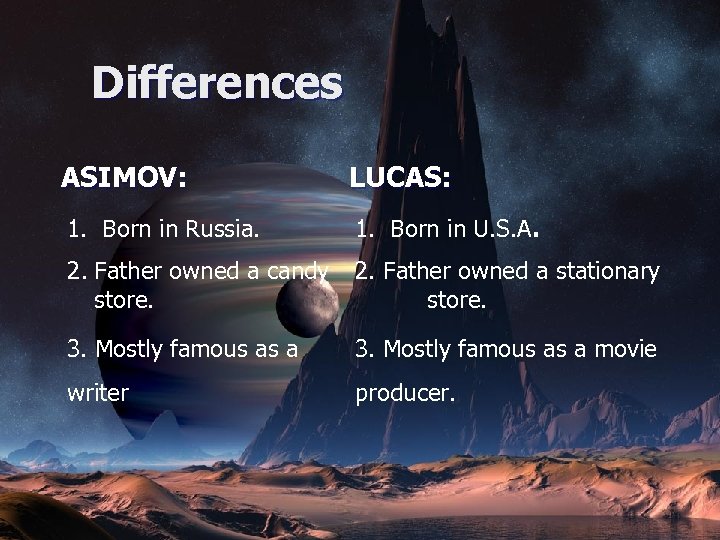 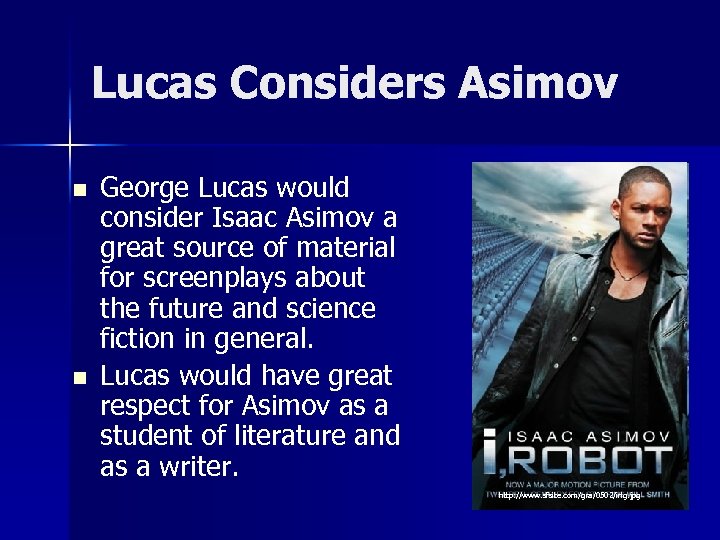 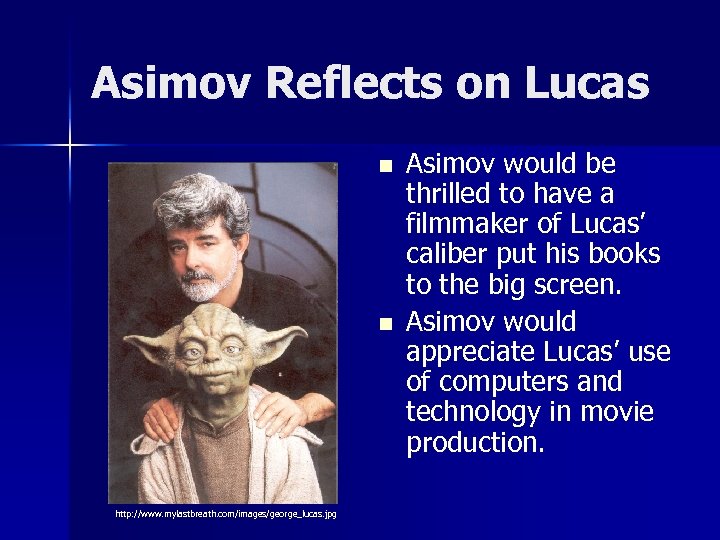 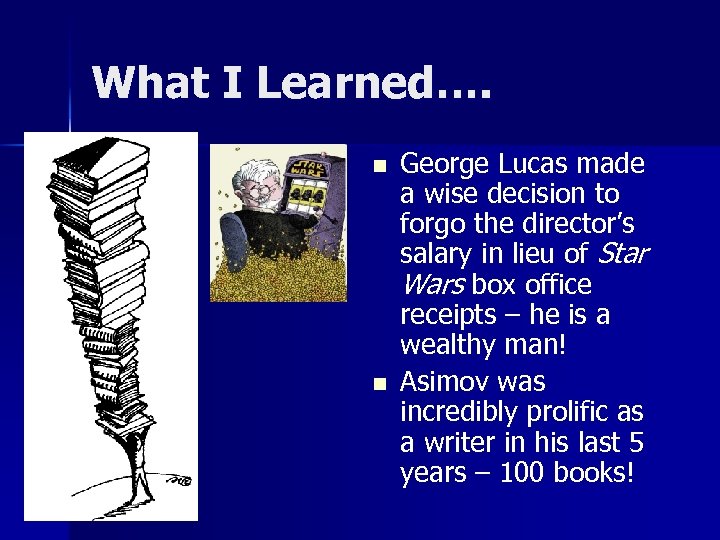 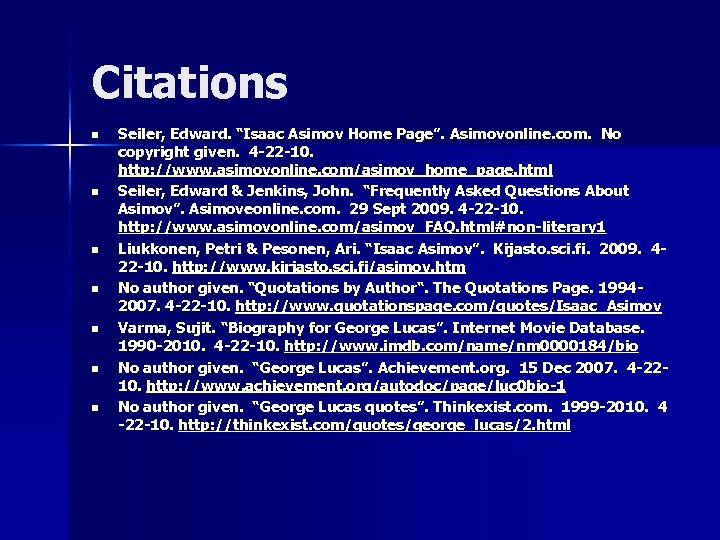 Isaac Asimov & Movies http: //1. bp. blogspot. com/_HJr. Gk. CIw. YOg/Ru. L_HVQf. YQI/AAAABEY/3 h. Ipt. IDw. GNc/s 400/I, +Robot+Movie+DVD+Review. jpg n n n I, Robot – the Will Smith movie was originally based on another story. Asimov agreed to give permission to use characters, plots lines, etc from his book in the movie. Fantastic Voyage – Asimov wrote the book AFTER the movie was produced. Asimov was the science consultant on MANY Hollywood science fiction movies. http: //goremasterfx. files. wordpress. com/2009/08/fantastic-voyage-rm-eng. jpg

“My real education, the superstructure, the details, the true architecture, I got out of the public library. For an impoverished child whose family could not afford to buy books, the library was the open door to wonder and achievement, and I can never be sufficiently grateful that I had the wit to charge through that door and make the most of it. " (from I. Asimov, ASIMOV 1994) “I do not fear computers. I fear the lack of them. “ “I write for the same reason I breathe – because if I didn’t I would die. ” http: //doctorwendigo. files. wordpress. com/2009/07/isaac-asimov. jpg

LUCAS You have to find something that you love enough to be able to take risks, jump over the hurdles and break through the brick walls that are always going to be placed in front of you. If you don't have that kind of feeling for what it is you are doing, you'll stop at the first giant hurdle. ” “I thought it [Star Wars] was too wacky for the general public. ” What would normally cost $20 million$30 million we can do for $1 million. ”

Lucas Considers Asimov n n George Lucas would consider Isaac Asimov a great source of material for screenplays about the future and science fiction in general. Lucas would have great respect for Asimov as a student of literature and as a writer. http: //www. sfsite. com/gra/0502/irlg. jpg

Asimov Reflects on Lucas n n http: //www. mylastbreath. com/images/george_lucas. jpg Asimov would be thrilled to have a filmmaker of Lucas’ caliber put his books to the big screen. Asimov would appreciate Lucas’ use of computers and technology in movie production.

What I Learned…. n n George Lucas made a wise decision to forgo the director’s salary in lieu of Star Wars box office receipts – he is a wealthy man! Asimov was incredibly prolific as a writer in his last 5 years – 100 books!

MEN’S AND WOMEN’S BASKETBALL SPEED AND AGILITY Off

Enjoy your holiday in the unexplored beauty of

TWO-PORT NETWORKS In many situations one is not