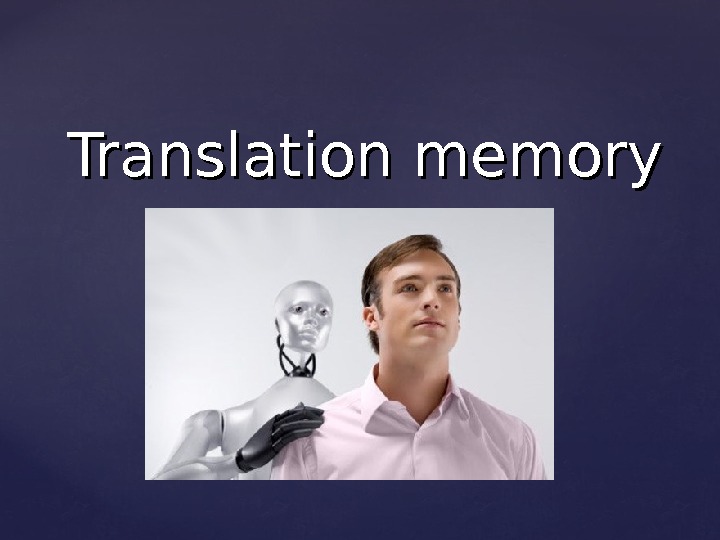 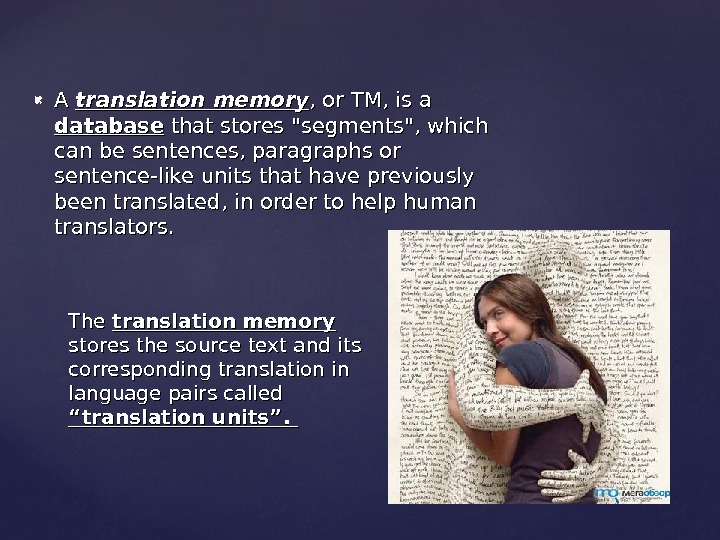 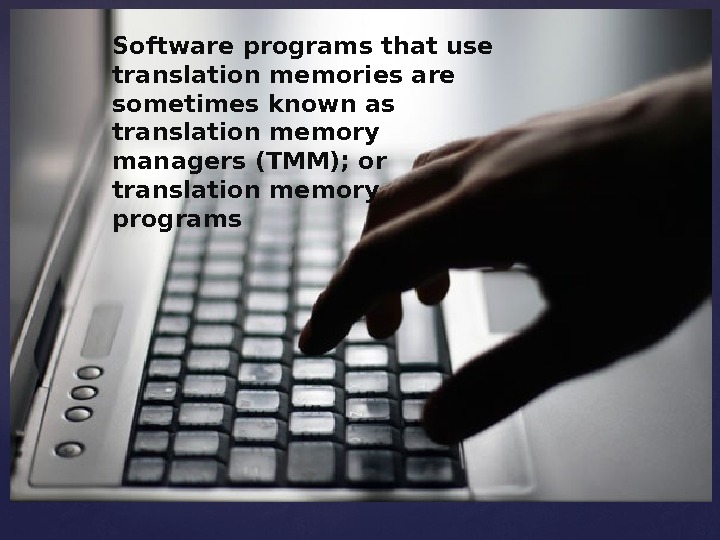 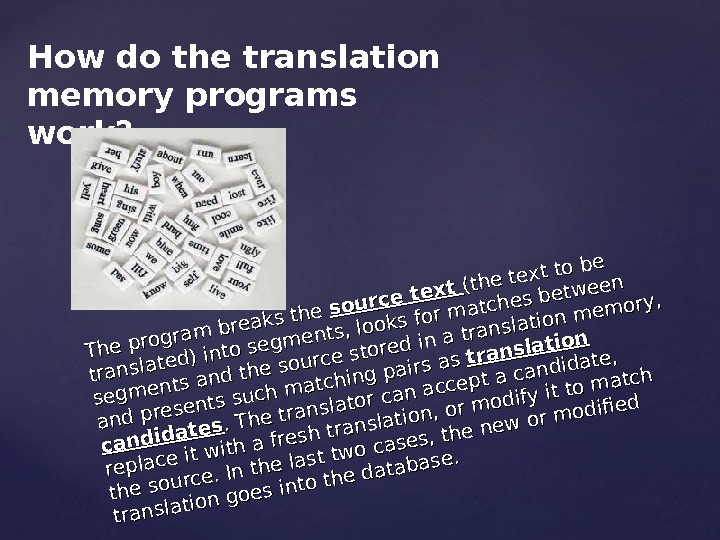 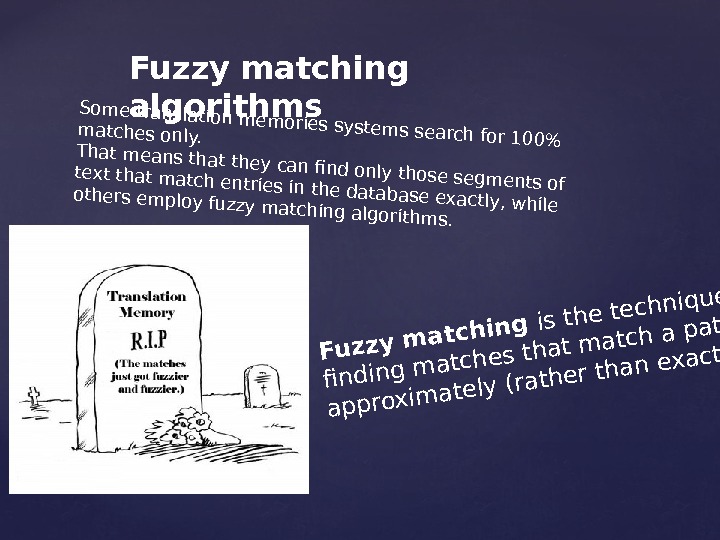 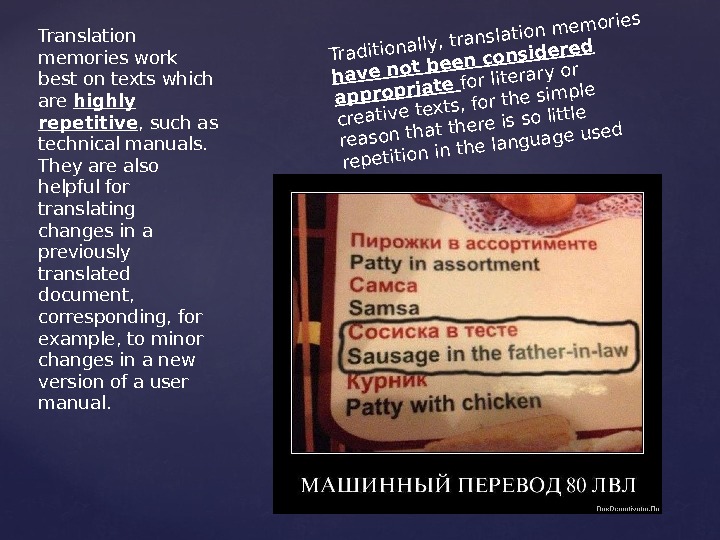 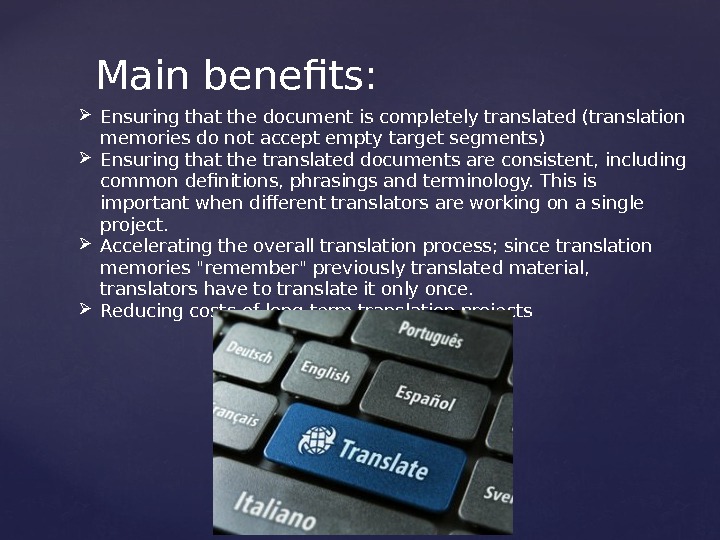 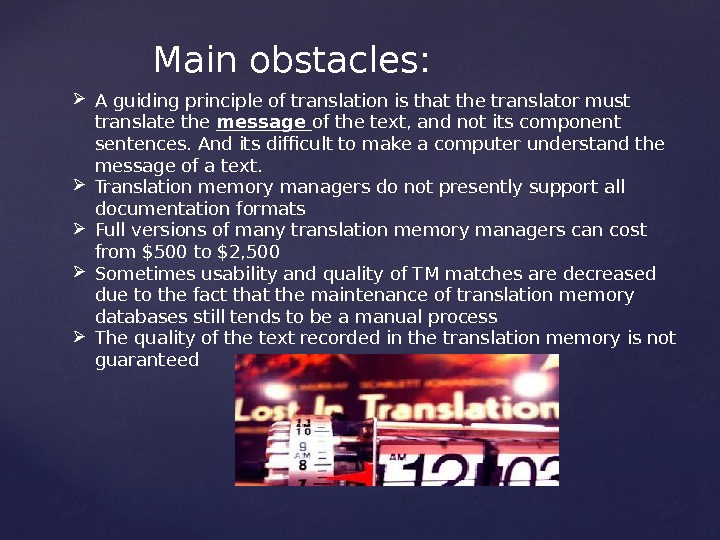 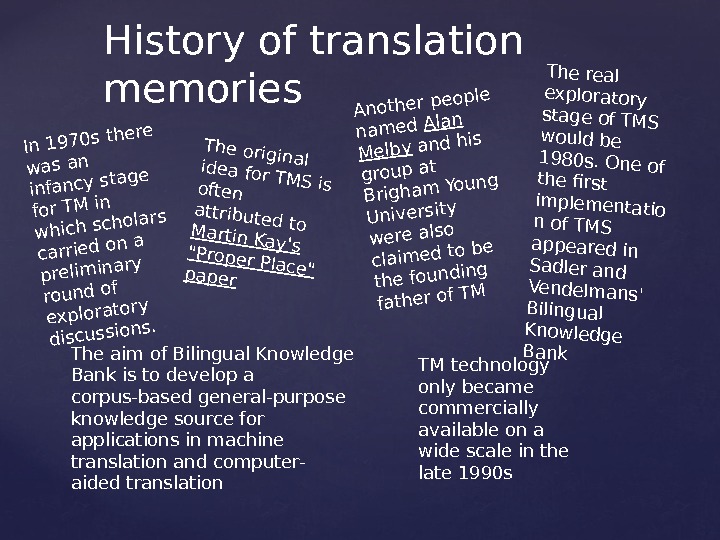 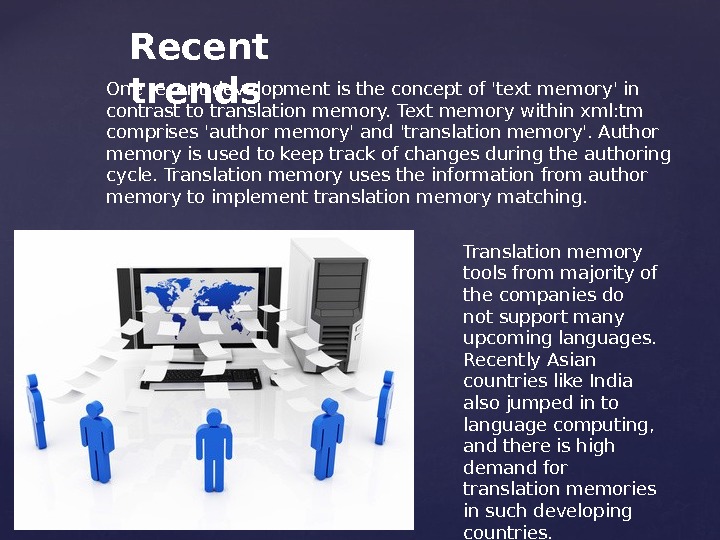 A A translation memory , or TM, is a database that stores «segments», which can be sentences, paragraphs or sentence-like units that have previously been translated, in order to help human translators. The translation memory stores the source text and its corresponding translation in language pairs called “translation units”.

Translation memories work best on texts which are highly repetitive , such as technical manuals. They are also helpful for translating changes in a previously translated document, corresponding, for example, to minor changes in a new version of a user manual. Traditionally, translation memories have not been considered appropriate for literary or creative texts, for the simple reason that there is so little repetition in the language used

History of translation memories. In 1970 s there was an infancy stage for TM in which scholars carried on a preliminary round of exploratory discussions. The original idea for TMS is often attributed to Martin Kay’s «Proper Place» paper Another people named Alan Melby and his group at Brigham Young University were also claimed to be the founding father of TM The real exploratory stage of TMS would be 1980 s. One of the frst implementatio n of TMS appeared in Sadler and Vendelmans’ Bilingual Knowledge Bank The aim of Bilingual Knowledge Bank is to develop a corpus-based general-purpose knowledge source for applications in machine translation and computer- aided translation TM technology only became commercially available on a wide scale in the late 1990 s