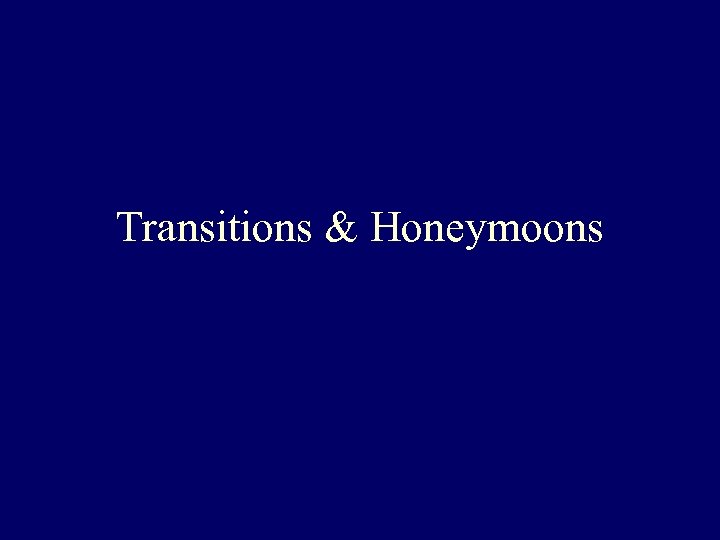 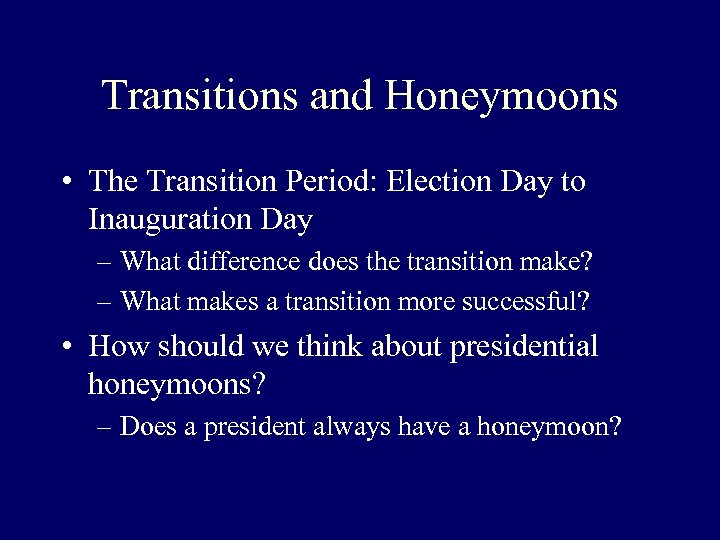 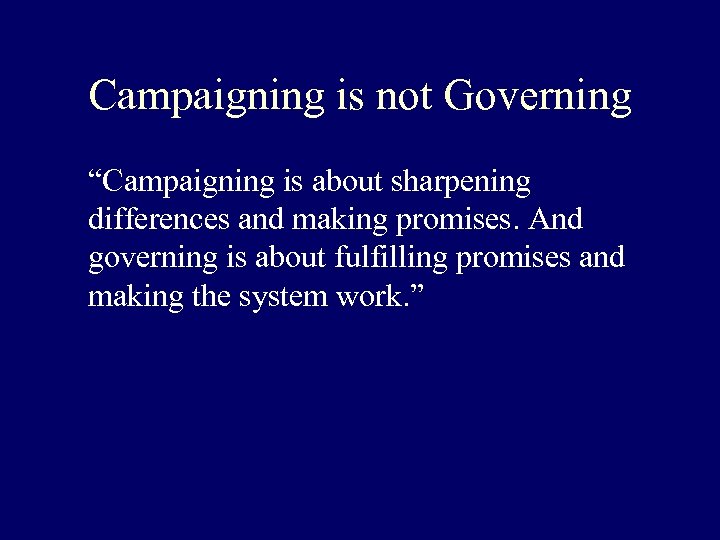 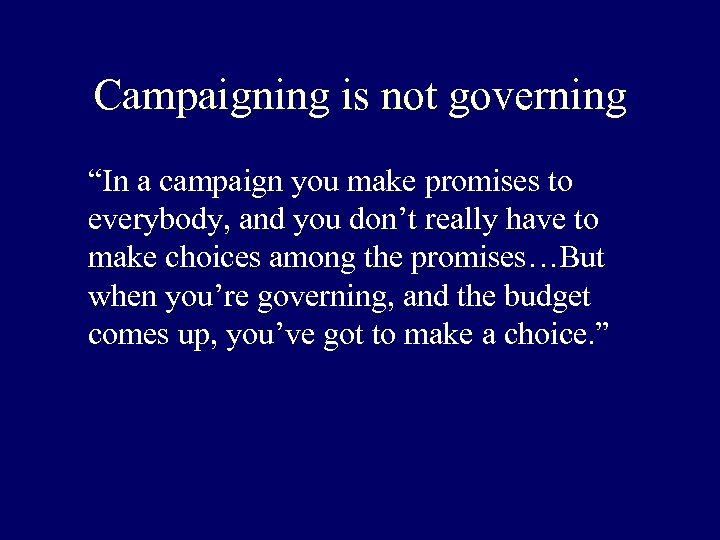 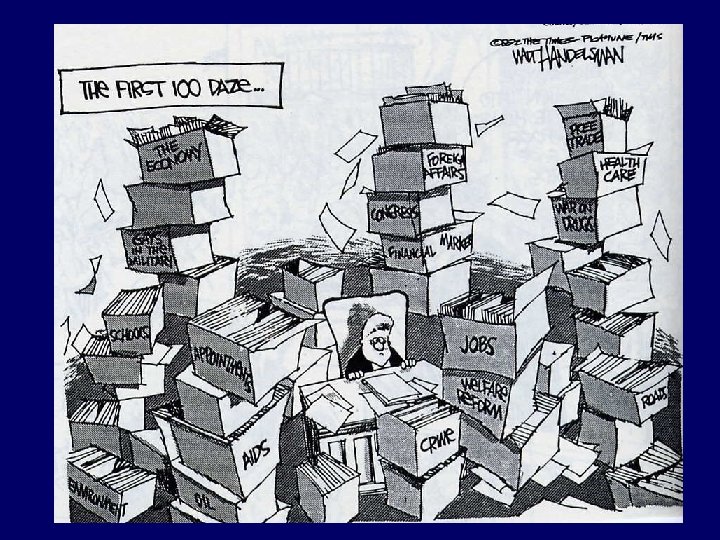 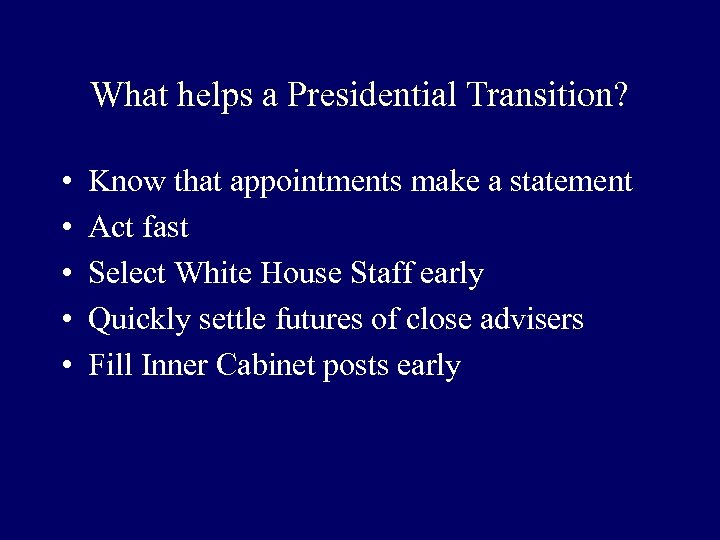 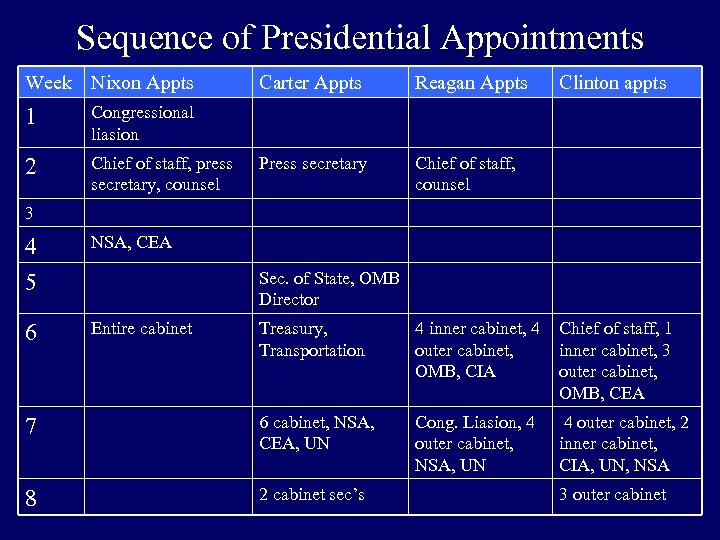 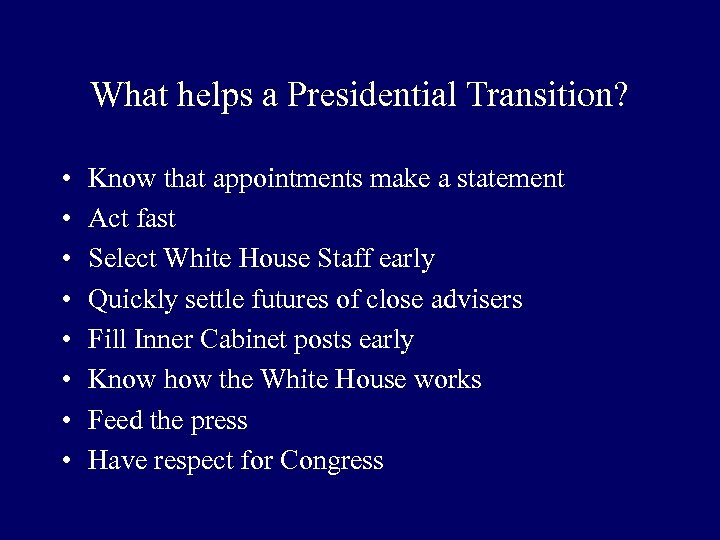 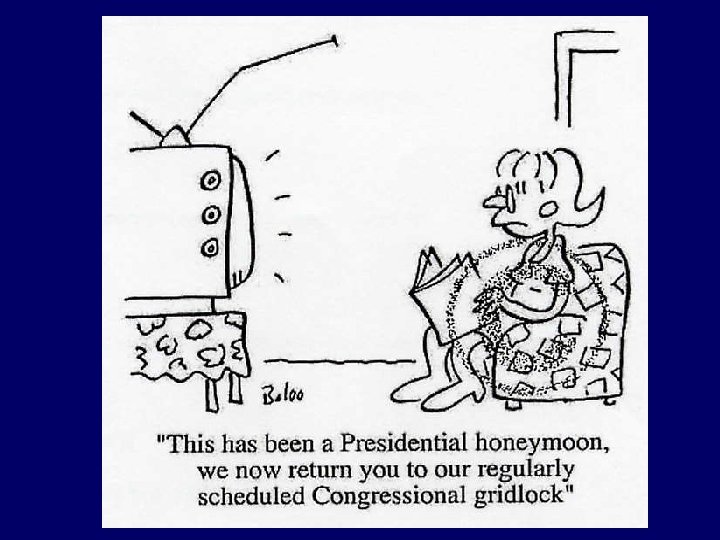 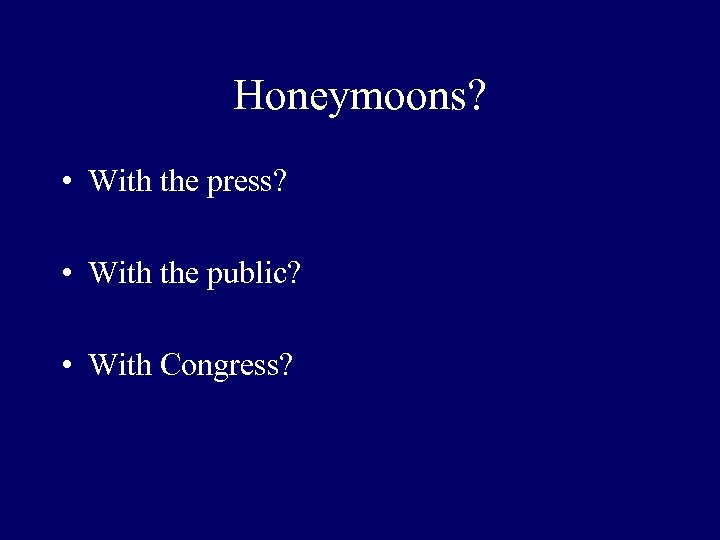 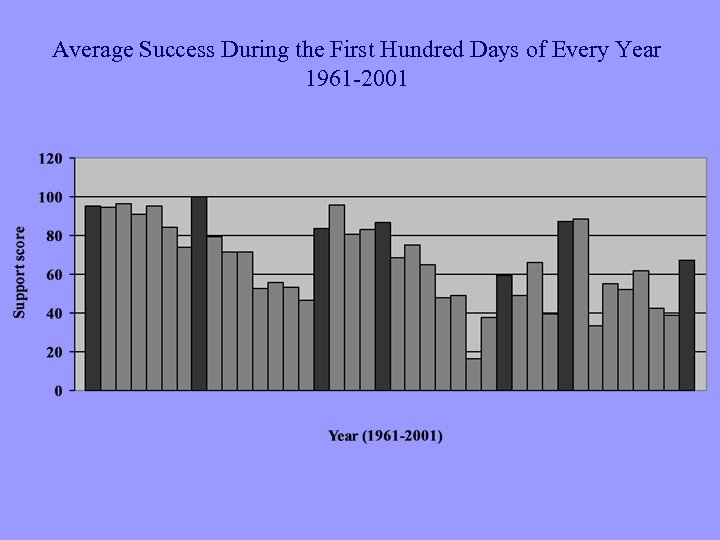 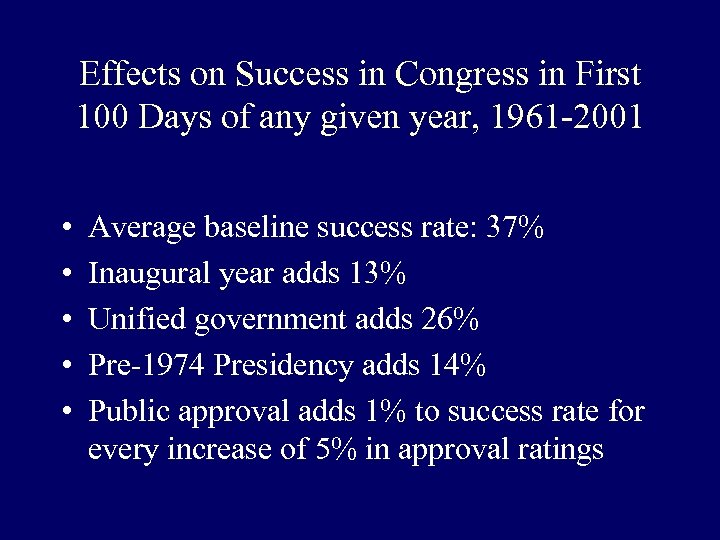 Transitions and Honeymoons • The Transition Period: Election Day to Inauguration Day – What difference does the transition make? – What makes a transition more successful? • How should we think about presidential honeymoons? – Does a president always have a honeymoon?

Campaigning is not governing “In a campaign you make promises to everybody, and you don’t really have to make choices among the promises…But when you’re governing, and the budget comes up, you’ve got to make a choice. ”