TRADITION There seem to be three classes 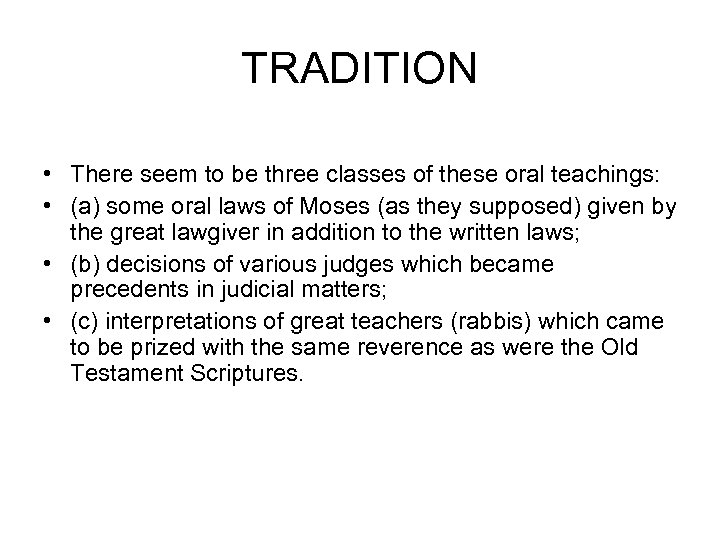 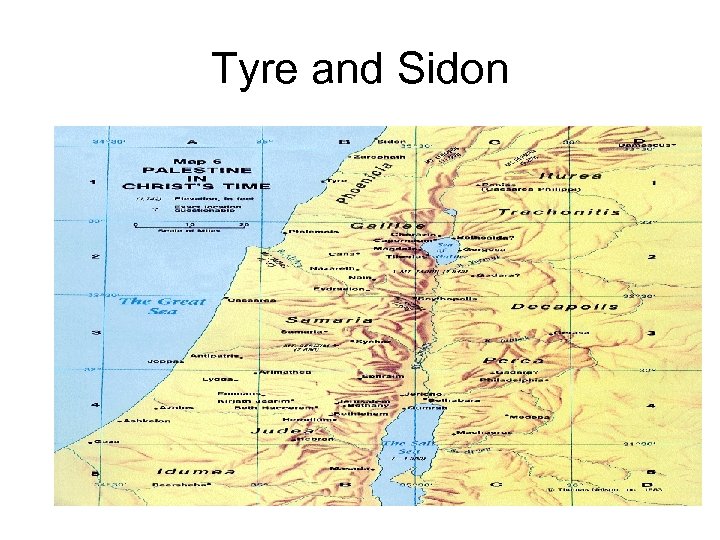 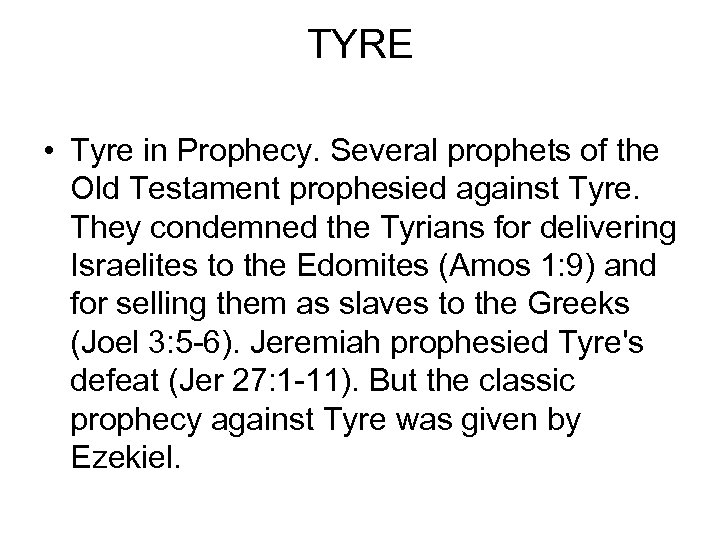 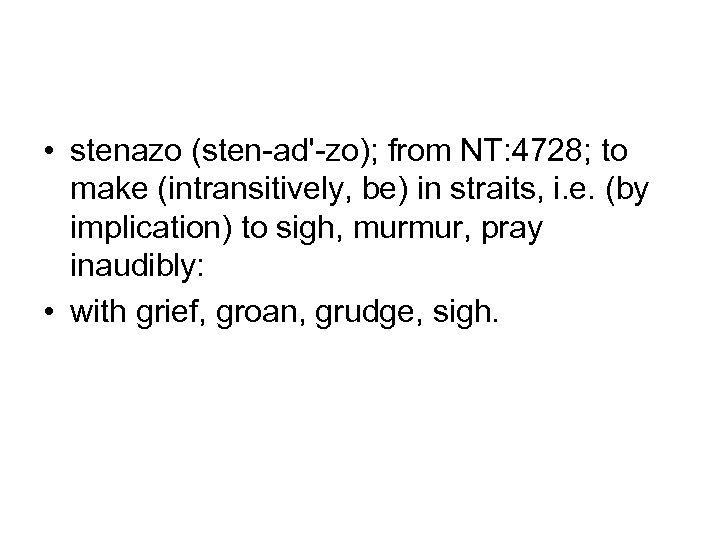 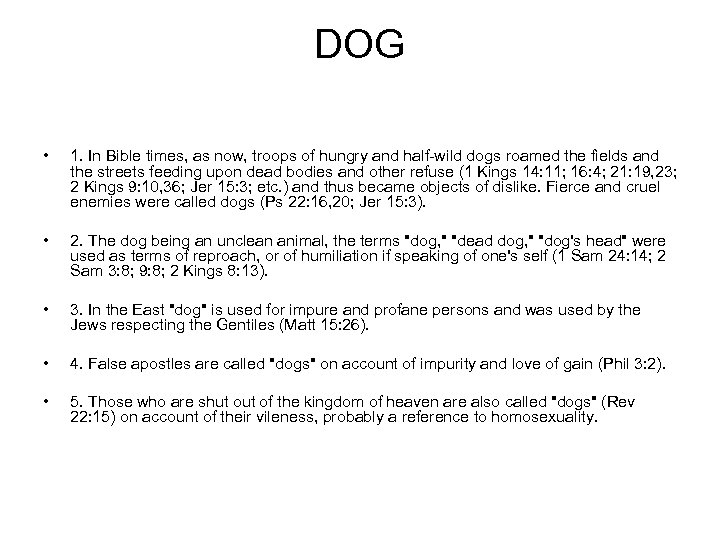 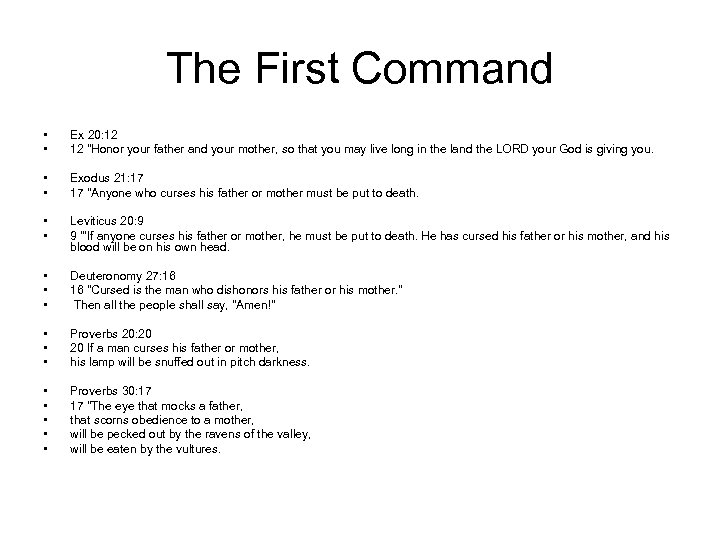 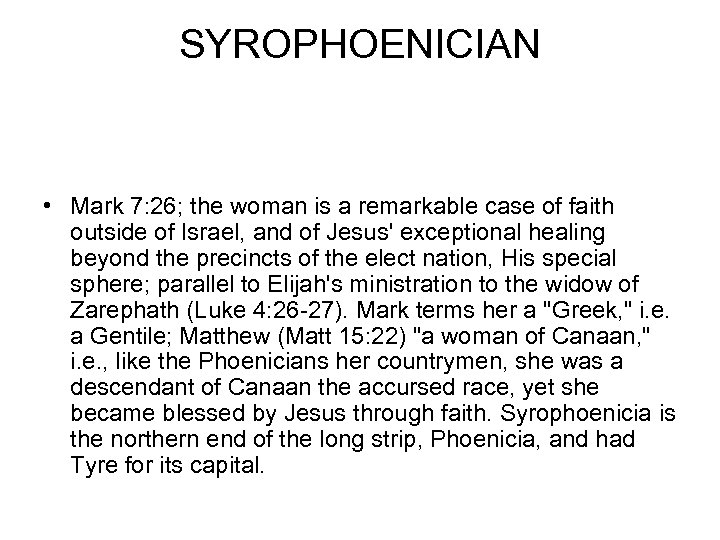 Скачать презентацию TRADITION There seem to be three classes

TRADITION • There seem to be three classes of these oral teachings: • (a) some oral laws of Moses (as they supposed) given by the great lawgiver in addition to the written laws; • (b) decisions of various judges which became precedents in judicial matters; • (c) interpretations of great teachers (rabbis) which came to be prized with the same reverence as were the Old Testament Scriptures.

TYRE • Tyre in Prophecy. Several prophets of the Old Testament prophesied against Tyre. They condemned the Tyrians for delivering Israelites to the Edomites (Amos 1: 9) and for selling them as slaves to the Greeks (Joel 3: 5 -6). Jeremiah prophesied Tyre's defeat (Jer 27: 1 -11). But the classic prophecy against Tyre was given by Ezekiel.

SYROPHOENICIAN • Mark 7: 26; the woman is a remarkable case of faith outside of Israel, and of Jesus' exceptional healing beyond the precincts of the elect nation, His special sphere; parallel to Elijah's ministration to the widow of Zarephath (Luke 4: 26 -27). Mark terms her a "Greek, " i. e. a Gentile; Matthew (Matt 15: 22) "a woman of Canaan, " i. e. , like the Phoenicians her countrymen, she was a descendant of Canaan the accursed race, yet she became blessed by Jesus through faith. Syrophoenicia is the northern end of the long strip, Phoenicia, and had Tyre for its capital.