Trade and Commerce A brief history and introduction 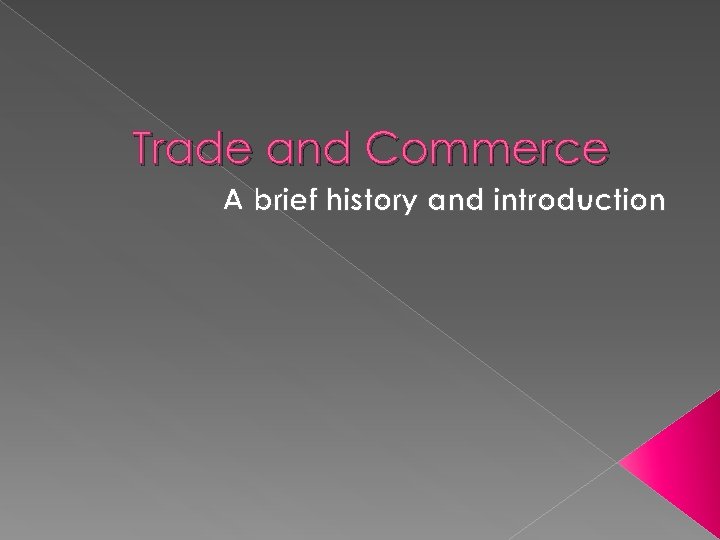 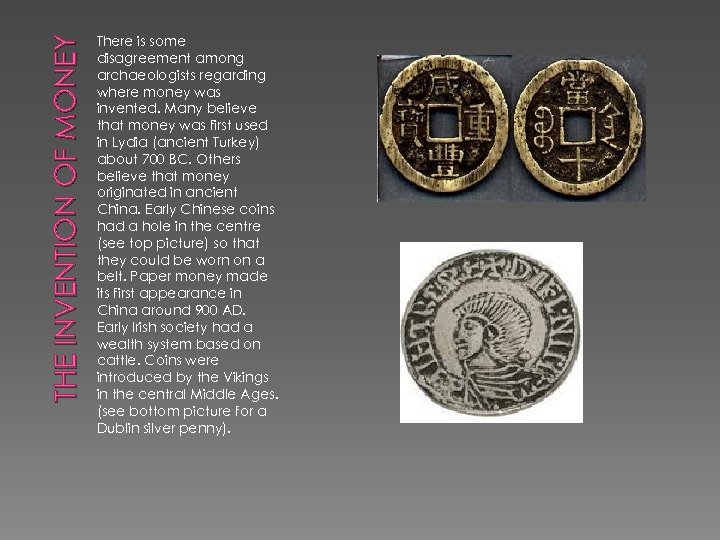 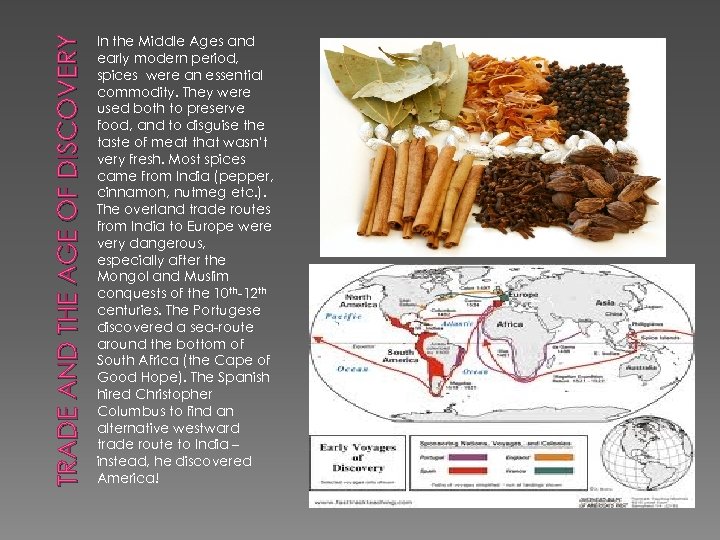 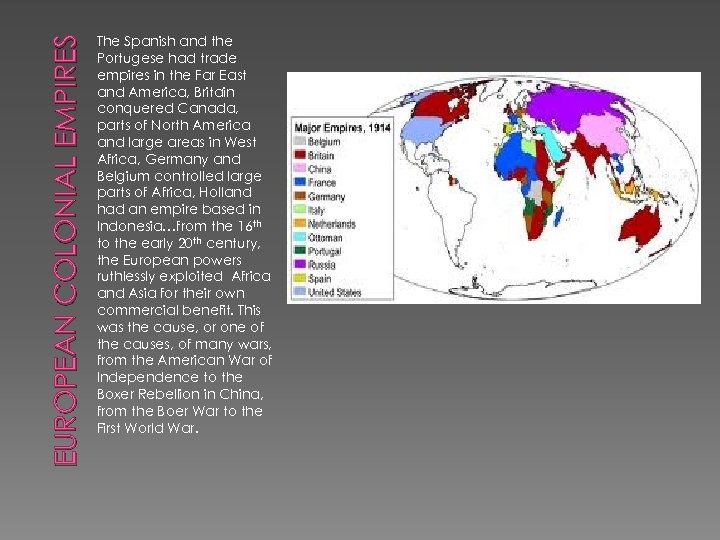 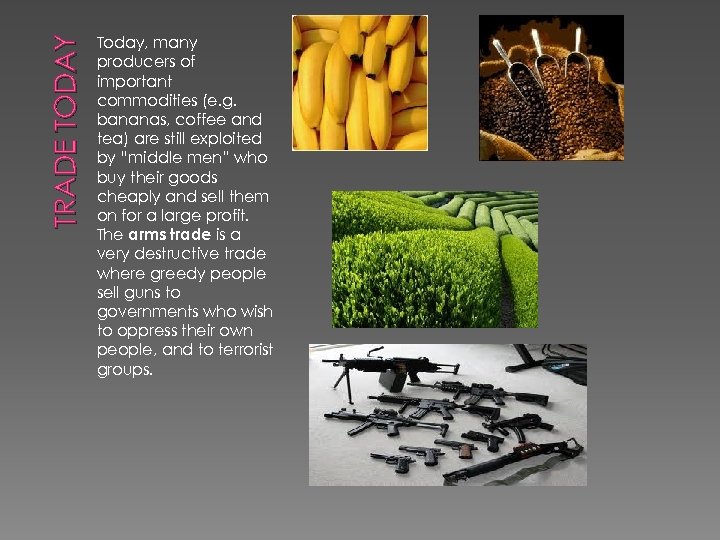 Скачать презентацию Trade and Commerce A brief history and introduction

Trade and Commerce A brief history and introduction

PREHISTORY Trade (the exchange of goods) has probably existed for as long as humanity has. There is firm evidence that trade existed during the Neolithic (new stone age) period – there was an exchange of distinctive tools and ornaments between early towns and villages. Early trade was based on barter (swapping goods). This was not a satisfactory system because (a)there was no way of fixing value and (b) goods very frequently heavy and hard to transport.

THE INVENTION OF MONEY There is some disagreement among archaeologists regarding where money was invented. Many believe that money was first used in Lydia (ancient Turkey) about 700 BC. Others believe that money originated in ancient China. Early Chinese coins had a hole in the centre (see top picture) so that they could be worn on a belt. Paper money made its first appearance in China around 900 AD. Early Irish society had a wealth system based on cattle. Coins were introduced by the Vikings in the central Middle Ages. (see bottom picture for a Dublin silver penny).

TRADE AND THE AGE OF DISCOVERY In the Middle Ages and early modern period, spices were an essential commodity. They were used both to preserve food, and to disguise the taste of meat that wasn’t very fresh. Most spices came from India (pepper, cinnamon, nutmeg etc. ). The overland trade routes from India to Europe were very dangerous, especially after the Mongol and Muslim conquests of the 10 th-12 th centuries. The Portugese discovered a sea-route around the bottom of South Africa (the Cape of Good Hope). The Spanish hired Christopher Columbus to find an alternative westward trade route to India – instead, he discovered America!

EUROPEAN COLONIAL EMPIRES The Spanish and the Portugese had trade empires in the Far East and America, Britain conquered Canada, parts of North America and large areas in West Africa, Germany and Belgium controlled large parts of Africa, Holland had an empire based in Indonesia…from the 16 th to the early 20 th century, the European powers ruthlessly exploited Africa and Asia for their own commercial benefit. This was the cause, or one of the causes, of many wars, from the American War of Independence to the Boxer Rebellion in China, from the Boer War to the First World War.

TRADE TODAY Today, many producers of important commodities (e. g. bananas, coffee and tea) are still exploited by “middle men” who buy their goods cheaply and sell them on for a large profit. The arms trade is a very destructive trade where greedy people sell guns to governments who wish to oppress their own people, and to terrorist groups.

WHAT CAN WE DO? Organizations like Fairtrade try to help by ensuring that producers are paid a fair price for their goods. The Fairtrade logo (see opposite) stamped on a product means that the people who produce the goods (e. g. coffee) get a fair share of the profits. It is important that we try to ensure that the goods we buy have not been produced by children and adults forced to work in “sweat shops”. If we suspect that goods we buy are being produced like this, we should write to the companies involved asking them to give a better deal to their workers.