Tracking the short-term fate of some organic pollutants 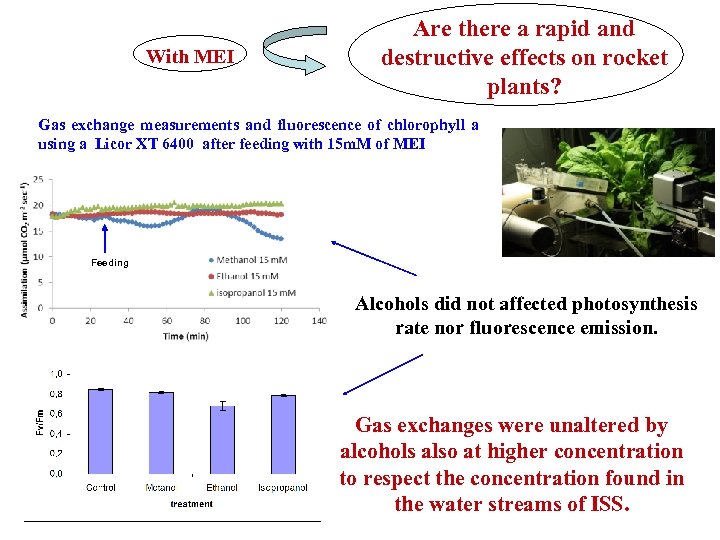 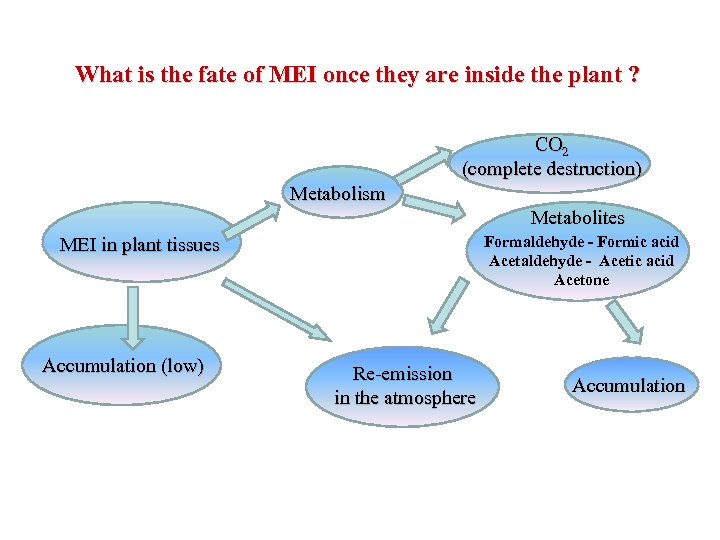 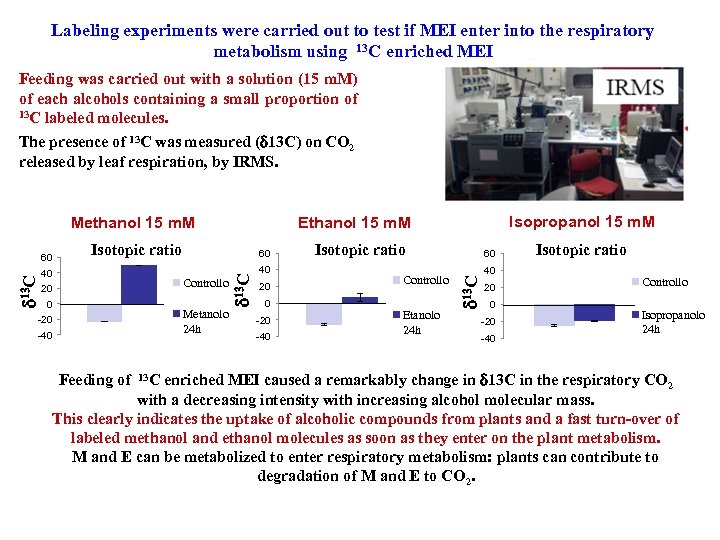 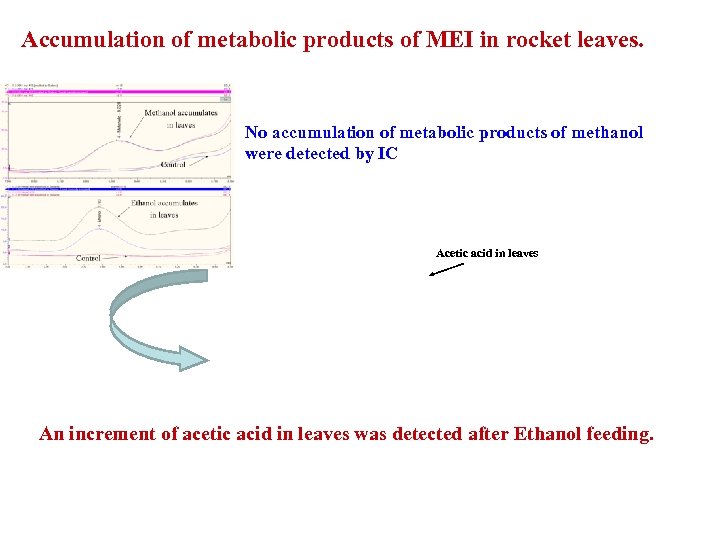 Скачать презентацию Tracking the short-term fate of some organic pollutants

During long term human space mission, water recovered from various streams should be used as the basic component of nutrient solutions for plant cultivation. For this end the quality of recovery water needs to be carefully evaluated since plants growth and plant food quality can be affected by the quality of water used 5 x 10 -3 % 8 x 10 -4 % 4 x 10 -4 % Water streams from space station can contains various organic contaminants Methanol, Ethanol, and Iso-propanol (MEI) are included in the list of Wastewater Contaminants in Crew Latent Condensate (Wastewater Contaminants in Crew Latent Condensate: Handford, 2004).

Methanol, Ethanol, and Iso-propanol (MEI) are selected to investigate the effects of relevant contaminants found in the ISS on plant growth and on plant physiology. Rocket plant (Eruca sativa Mill. ) ügrown from seeds in a growth chamber üfor 4 weeks üin a floating system Feeding of MEI were imposed on rocket seeds and on rocket plants

With MEI Are there a rapid and destructive effects on rocket plants? Gas exchange measurements and fluorescence of chlorophyll a using a Licor XT 6400 after feeding with 15 m. M of MEI Feeding Alcohols did not affected photosynthesis rate nor fluorescence emission. Gas exchanges were unaltered by alcohols also at higher concentration to respect the concentration found in the water streams of ISS.

Are they taken up and accumulated by rocket plants? MEI Are they accumulated? Are they translocated? Leaf extracts from plants fed with MEI 1% were analyzed by Ion Chromatography ICS 5000 (Dionex Thermo. Fisher) Are they absorbed? Methanol and Ethanol, but not isopropanol, were detected in leaves after feeding, but a low concentration. Standard Expected Isopropanol in leaf Methanol and Ethanol (and also Isopropanol, see later) are taken up by the rocket root and translocated to leaves, but do not accumulate to high concentration.

What is the fate of MEI once they are inside the plant ? CO 2 (complete destruction) Metabolism Metabolites Formaldehyde - Formic acid Acetaldehyde - Acetic acid Acetone MEI in plant tissues Accumulation (low) Re-emission in the atmosphere Accumulation

Labeling experiments were carried out to test if MEI enter into the respiratory metabolism using 13 C enriched MEI Feeding was carried out with a solution (15 m. M) of each alcohols containing a small proportion of 13 C labeled molecules. The presence of 13 C was measured (d 13 C) on CO 2 released by leaf respiration, by IRMS. Controllo 20 0 Metanolo 24 h -20 -40 d 13 C 40 60 40 20 0 -20 -40 Rapp. isotopico Isotopic ratio Controllo Etanolo 24 h 60 d 13 C Isotopic ratio Rapp. isotopico 60 Isopropanol 15 m. M Ethanol 15 m. M Methanol 15 m. M 40 20 0 -20 -40 Rapp. isotopico Isotopic ratio Controllo Isopropanolo 24 h enriched MEI caused a remarkably change in d 13 C in the respiratory CO 2 with a decreasing intensity with increasing alcohol molecular mass. This clearly indicates the uptake of alcoholic compounds from plants and a fast turn-over of labeled methanol and ethanol molecules as soon as they enter on the plant metabolism. M and E can be metabolized to enter respiratory metabolism: plants can contribute to degradation of M and E to CO 2. Feeding of 13 C

Isopropil alcohol Methanol was emitted by leaves formaldehyde and formic acid was not detected. After ethanol feeding acetaldehyde was the most abundant organic compound emitted trough stomata. PTR-MS showed that Isopropyl alcohol was adsorbed by rocket plants, translocated and re-emitted by rocket leaves. Isopropyl alcohol was also metabolized in acetaldehyde and in acetone reemitted in the atmosphere.

Conclusions • An array of measuring techniques should be used to track the fate of each organic compound when it enters in contact with a plant via the nutrient solution delivery system. • Even similar molecules can have a very different fate when in contact with plants. • Plant metabolism can destroy the pollutant or even produce other equally or even more dangerous molecules and even release them in the atmosphere. • There is no general rule to be applied. Specific interaction plant/pollutant should be tested with reference to the growing conditions. Perspectives An accurate definition of organic pollutants that can enter in a plant growing system in Bioregenerative Life Support system is necessary to ensure : Øplant growing and productive performances. Øfood quality and security. Øthe potential treat of release in the system of the same or derived pollutants.