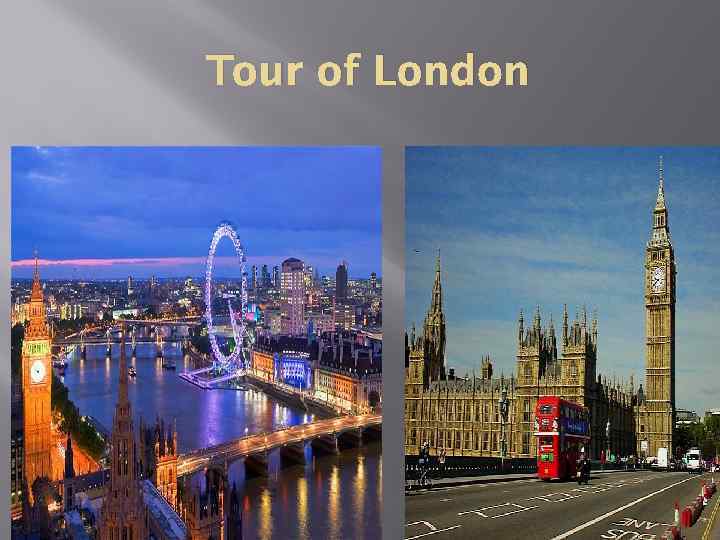 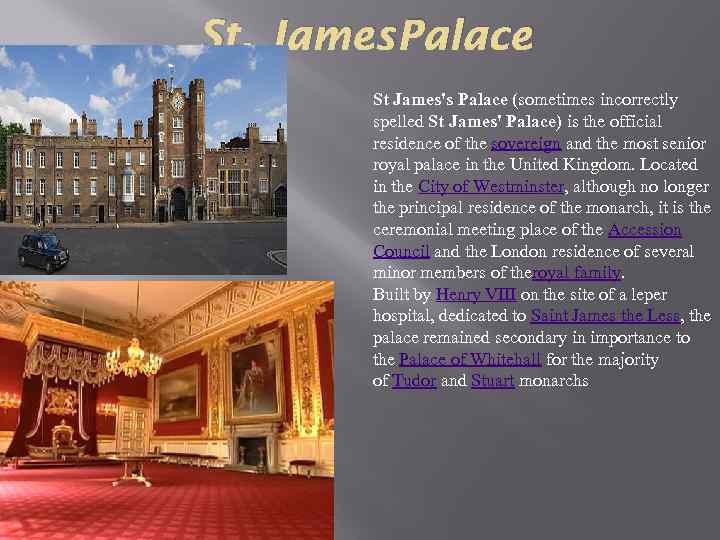 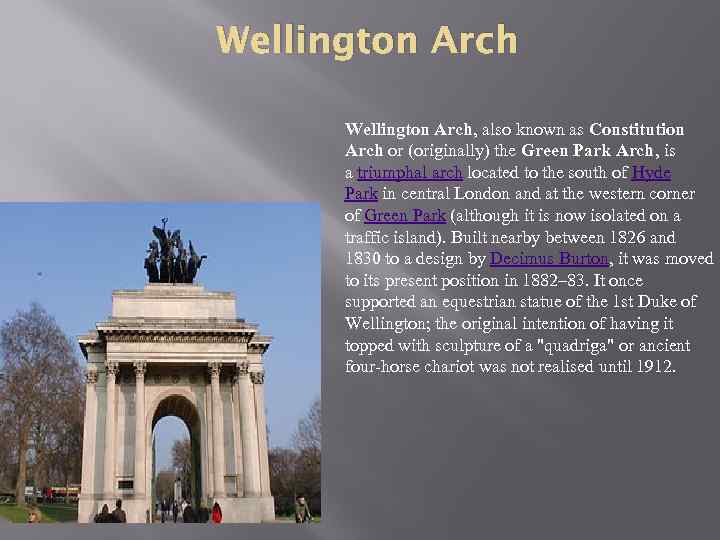 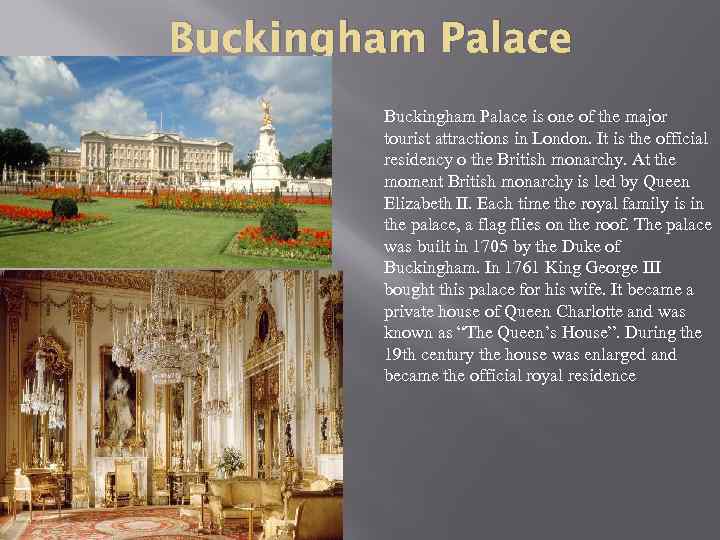 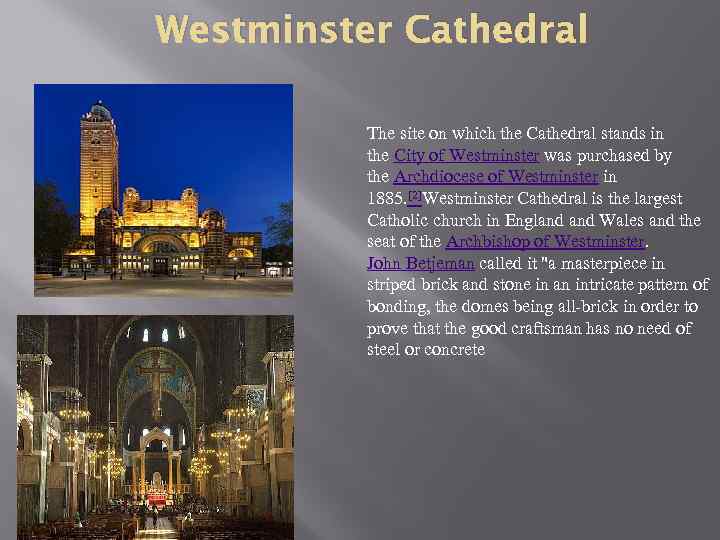 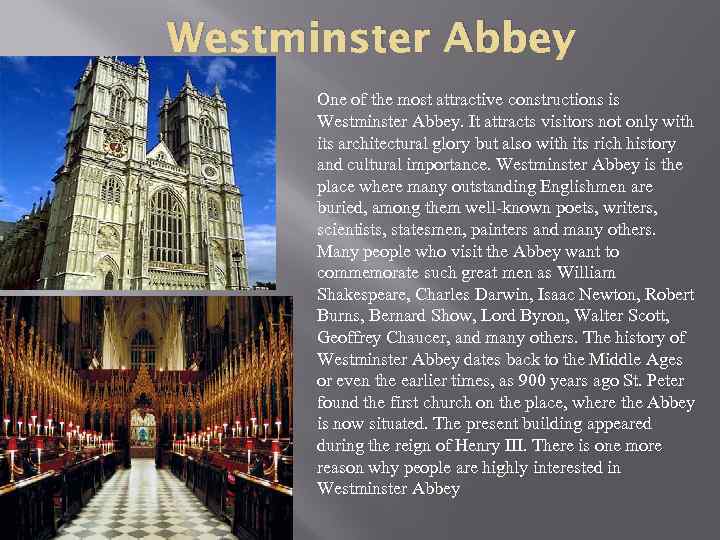 St. James Palace St James's Palace (sometimes incorrectly spelled St James' Palace) is the official residence of the sovereign and the most senior royal palace in the United Kingdom. Located in the City of Westminster, although no longer the principal residence of the monarch, it is the ceremonial meeting place of the Accession Council and the London residence of several minor members of theroyal family. Built by Henry VIII on the site of a leper hospital, dedicated to Saint James the Less, the palace remained secondary in importance to the Palace of Whitehall for the majority of Tudor and Stuart monarchs

Wellington Arch, also known as Constitution Arch or (originally) the Green Park Arch, is a triumphal arch located to the south of Hyde Park in central London and at the western corner of Green Park (although it is now isolated on a traffic island). Built nearby between 1826 and 1830 to a design by Decimus Burton, it was moved to its present position in 1882– 83. It once supported an equestrian statue of the 1 st Duke of Wellington; the original intention of having it topped with sculpture of a "quadriga" or ancient four-horse chariot was not realised until 1912.

Buckingham Palace is one of the major tourist attractions in London. It is the official residency o the British monarchy. At the moment British monarchy is led by Queen Elizabeth II. Each time the royal family is in the palace, a flag flies on the roof. The palace was built in 1705 by the Duke of Buckingham. In 1761 King George III bought this palace for his wife. It became a private house of Queen Charlotte and was known as “The Queen’s House”. During the 19 th century the house was enlarged and became the official royal residence

Westminster Abbey One of the most attractive constructions is Westminster Abbey. It attracts visitors not only with its architectural glory but also with its rich history and cultural importance. Westminster Abbey is the place where many outstanding Englishmen are buried, among them well-known poets, writers, scientists, statesmen, painters and many others. Many people who visit the Abbey want to commemorate such great men as William Shakespeare, Charles Darwin, Isaac Newton, Robert Burns, Bernard Show, Lord Byron, Walter Scott, Geoffrey Chaucer, and many others. The history of Westminster Abbey dates back to the Middle Ages or even the earlier times, as 900 years ago St. Peter found the first church on the place, where the Abbey is now situated. The present building appeared during the reign of Henry III. There is one more reason why people are highly interested in Westminster Abbey