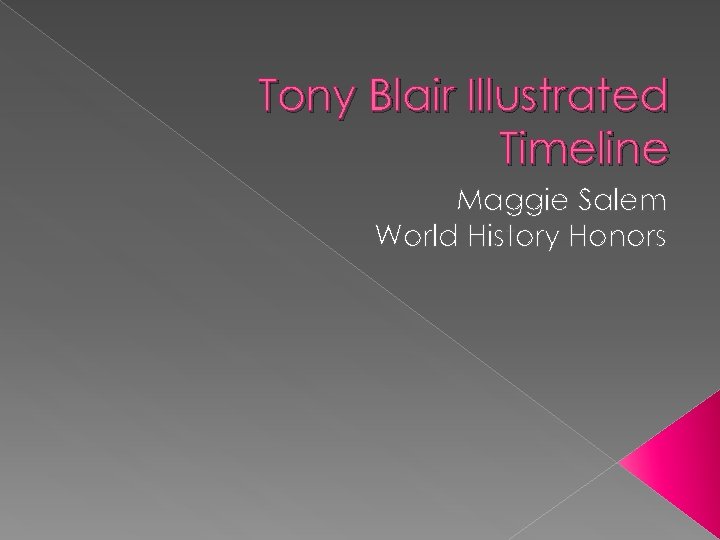 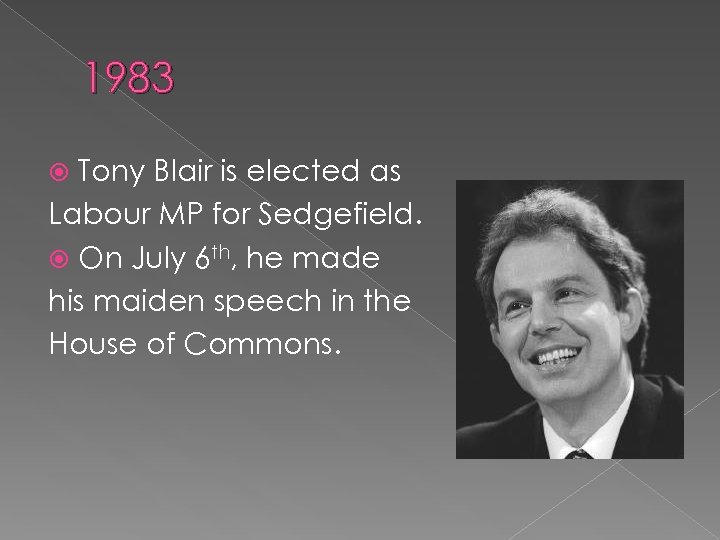 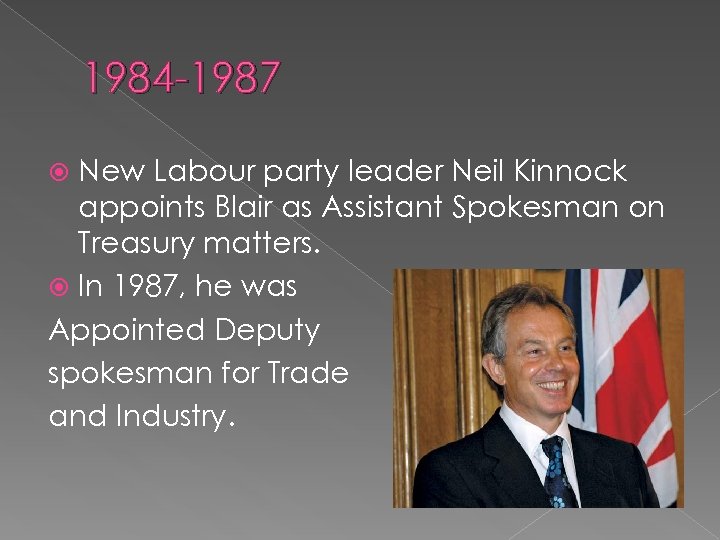 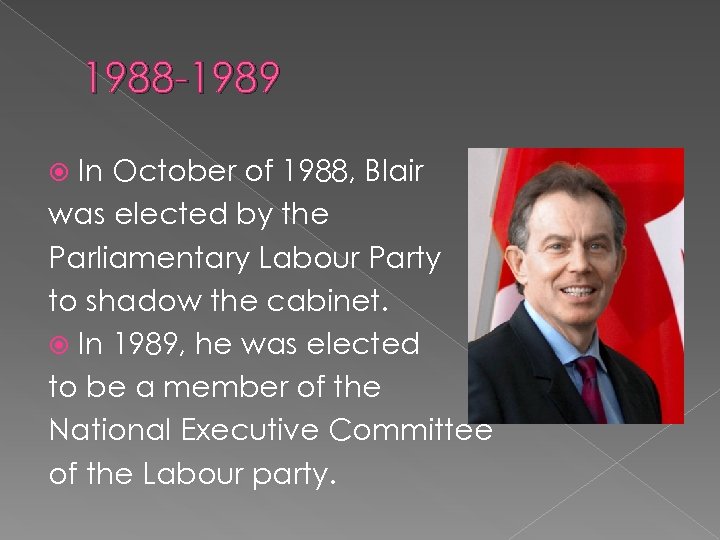 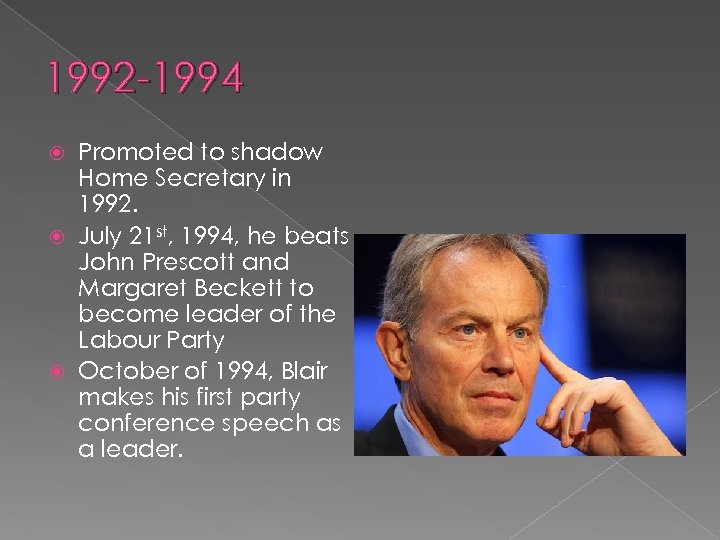 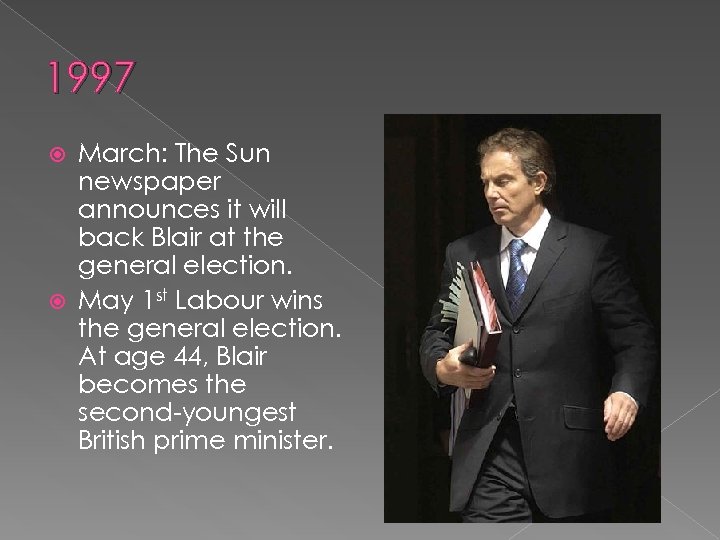 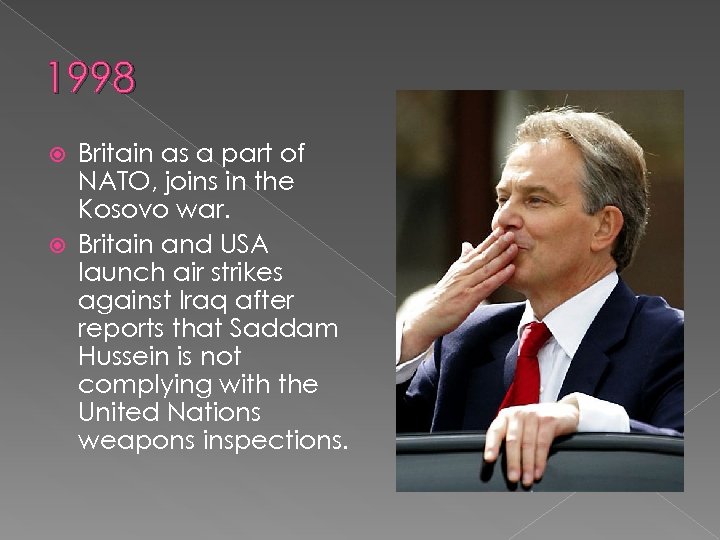 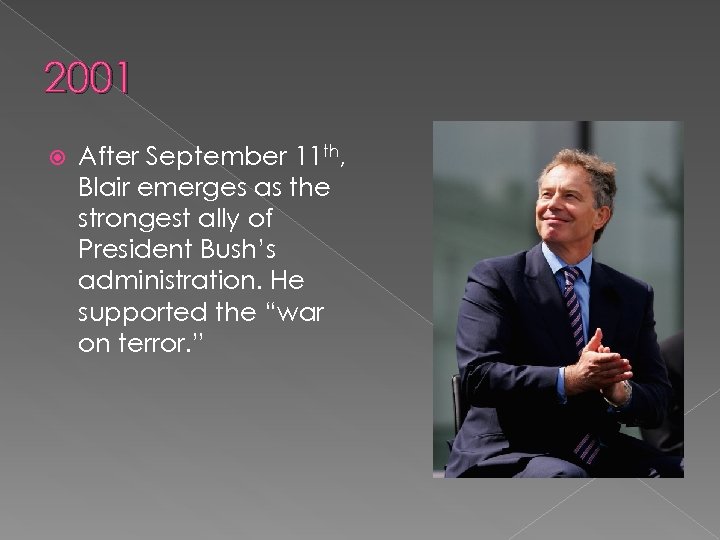 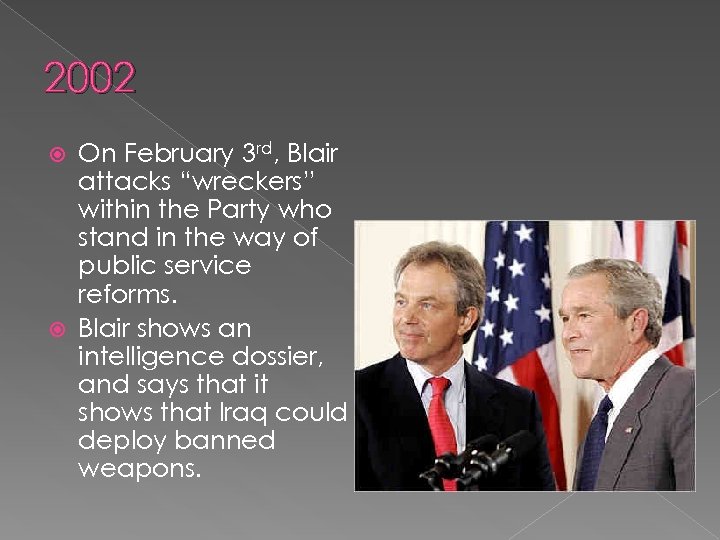 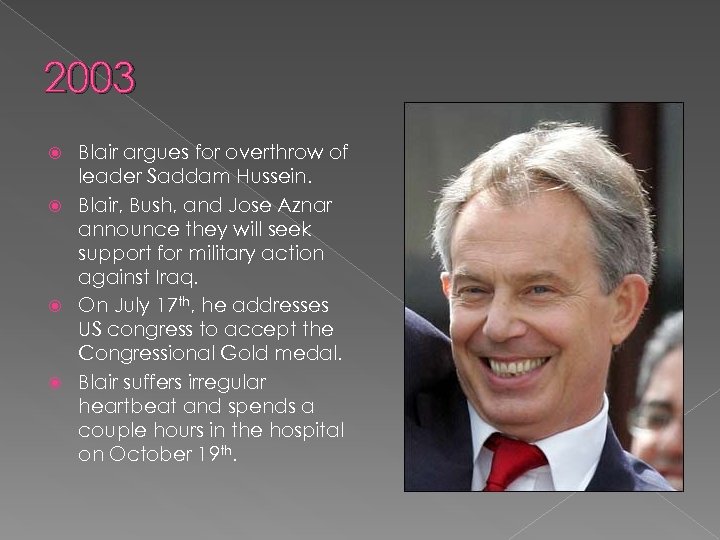 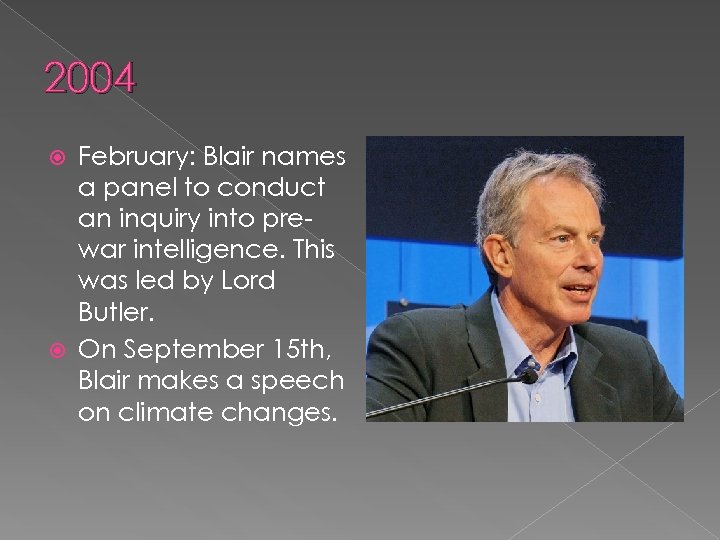 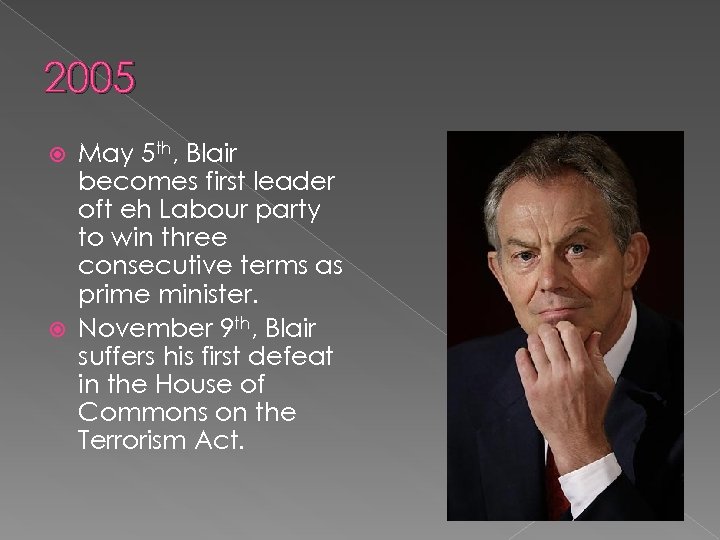 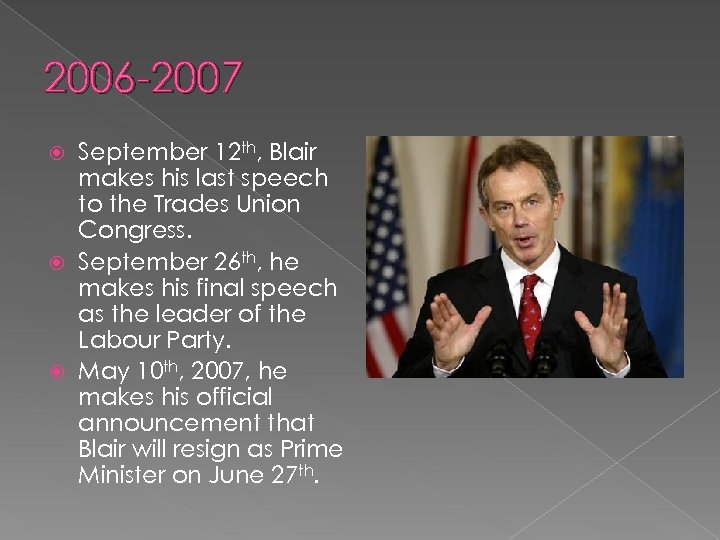 1983 Tony Blair is elected as Labour MP for Sedgefield. On July 6 th, he made his maiden speech in the House of Commons.

1988 -1989 In October of 1988, Blair was elected by the Parliamentary Labour Party to shadow the cabinet. In 1989, he was elected to be a member of the National Executive Committee of the Labour party.

1992 -1994 Promoted to shadow Home Secretary in 1992. July 21 st, 1994, he beats John Prescott and Margaret Beckett to become leader of the Labour Party October of 1994, Blair makes his first party conference speech as a leader.

1998 Britain as a part of NATO, joins in the Kosovo war. Britain and USA launch air strikes against Iraq after reports that Saddam Hussein is not complying with the United Nations weapons inspections.

2001 After September 11 th, Blair emerges as the strongest ally of President Bush’s administration. He supported the “war on terror. ”

2002 On February 3 rd, Blair attacks “wreckers” within the Party who stand in the way of public service reforms. Blair shows an intelligence dossier, and says that it shows that Iraq could deploy banned weapons.

2003 Blair argues for overthrow of leader Saddam Hussein. Blair, Bush, and Jose Aznar announce they will seek support for military action against Iraq. On July 17 th, he addresses US congress to accept the Congressional Gold medal. Blair suffers irregular heartbeat and spends a couple hours in the hospital on October 19 th.

2004 February: Blair names a panel to conduct an inquiry into prewar intelligence. This was led by Lord Butler. On September 15 th, Blair makes a speech on climate changes.

2006 -2007 September 12 th, Blair makes his last speech to the Trades Union Congress. September 26 th, he makes his final speech as the leader of the Labour Party. May 10 th, 2007, he makes his official announcement that Blair will resign as Prime Minister on June 27 th.