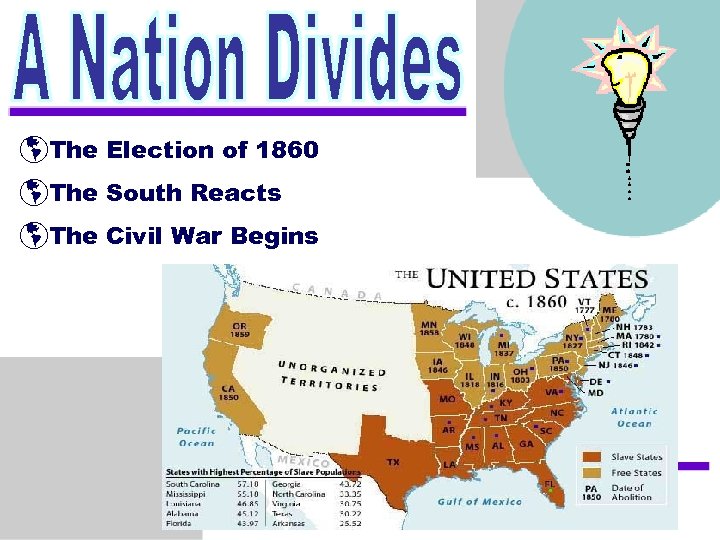 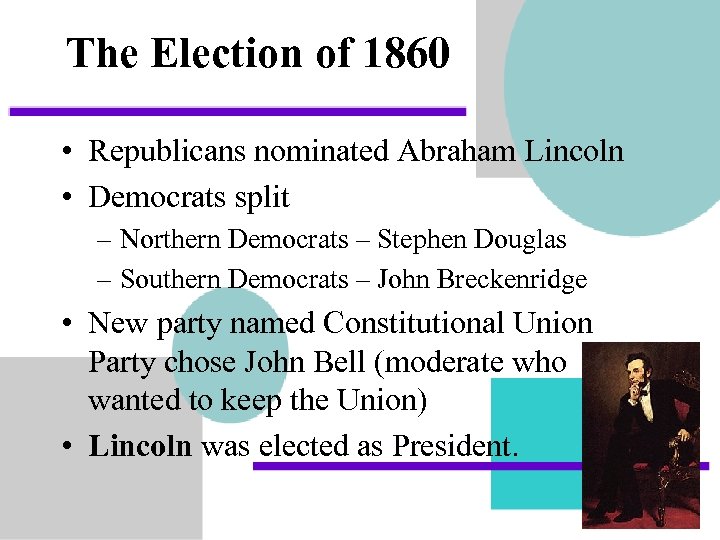 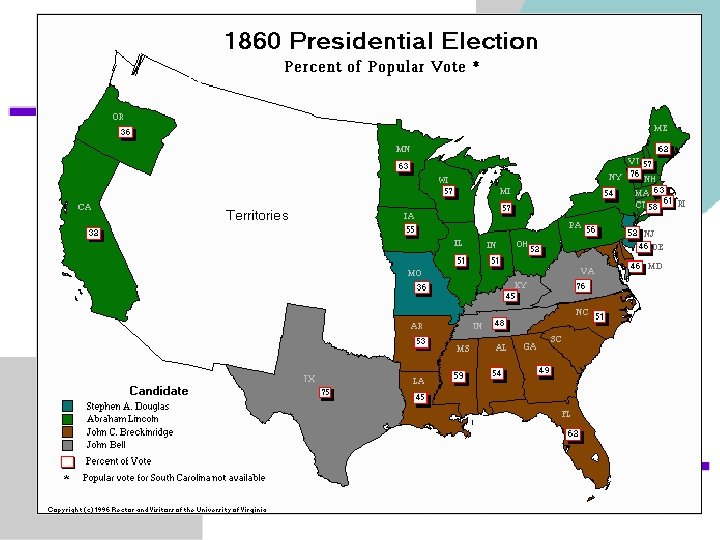 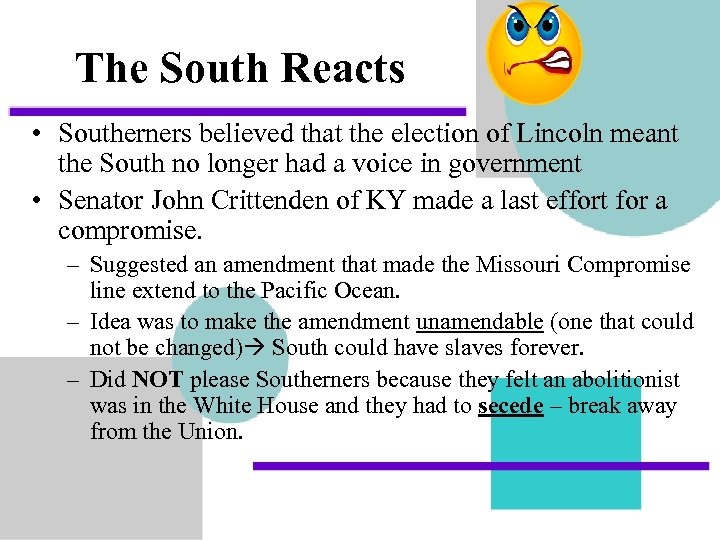 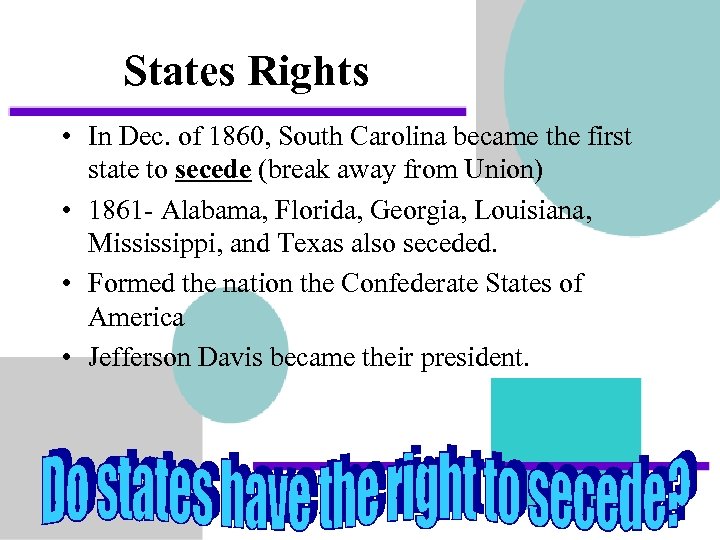 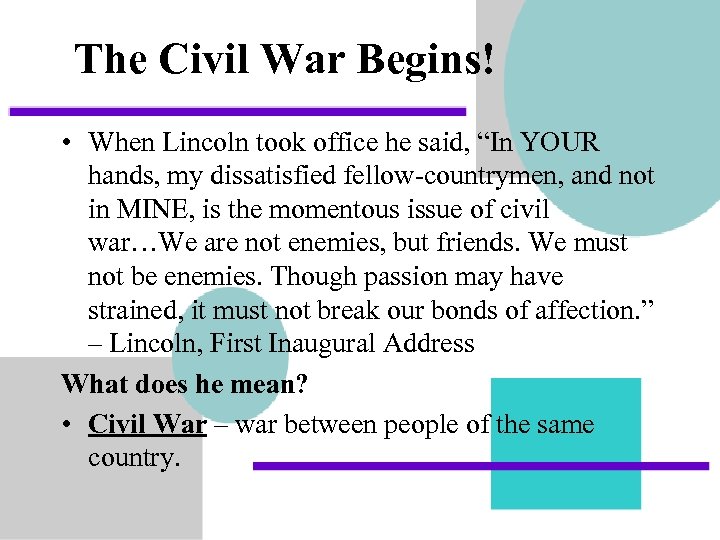 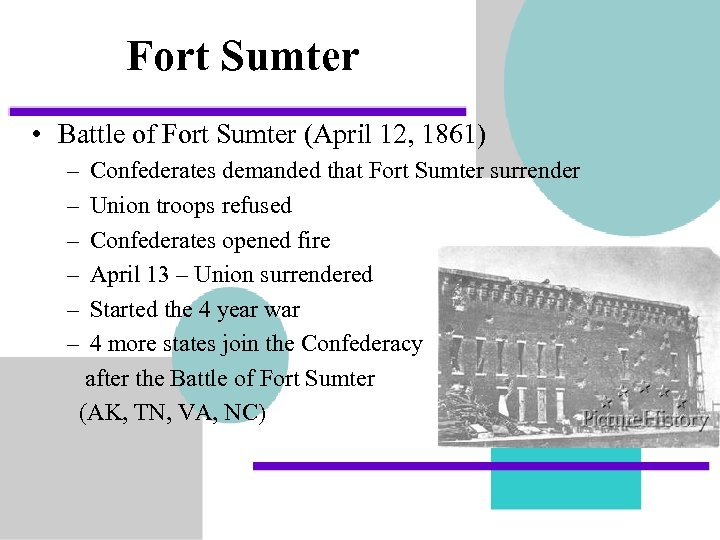 The South Reacts • Southerners believed that the election of Lincoln meant the South no longer had a voice in government • Senator John Crittenden of KY made a last effort for a compromise. – Suggested an amendment that made the Missouri Compromise line extend to the Pacific Ocean. – Idea was to make the amendment unamendable (one that could not be changed) South could have slaves forever. – Did NOT please Southerners because they felt an abolitionist was in the White House and they had to secede – break away from the Union.

The Civil War Begins! • When Lincoln took office he said, “In YOUR hands, my dissatisfied fellow-countrymen, and not in MINE, is the momentous issue of civil war…We are not enemies, but friends. We must not be enemies. Though passion may have strained, it must not break our bonds of affection. ” – Lincoln, First Inaugural Address What does he mean? • Civil War – war between people of the same country.