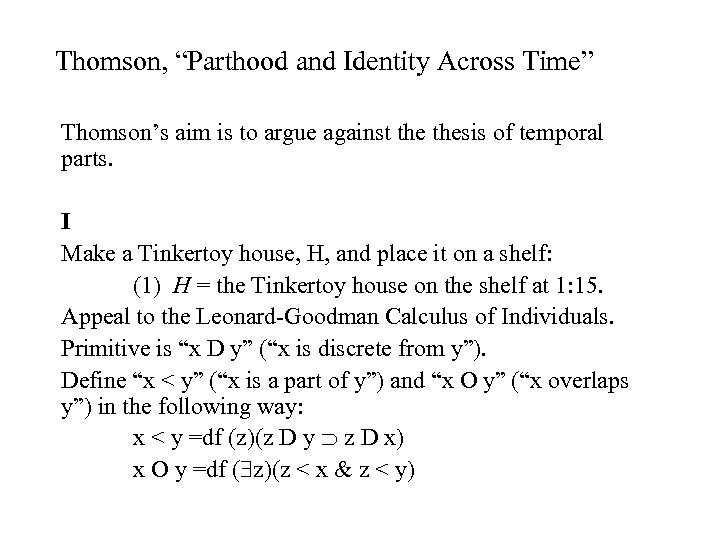 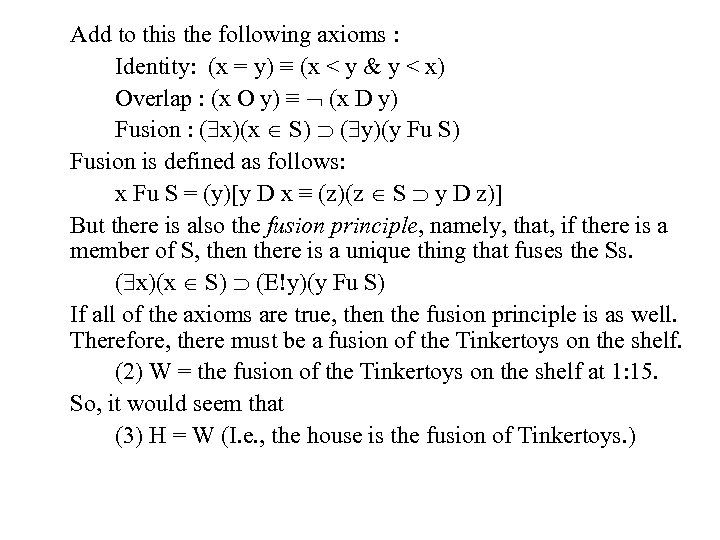 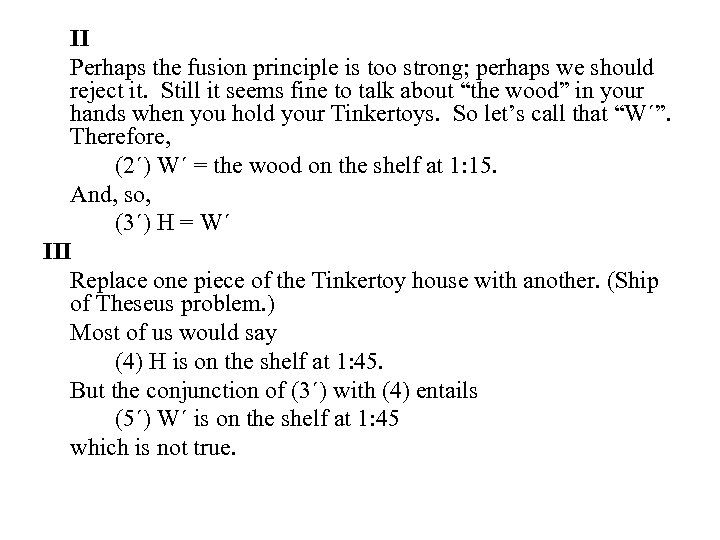 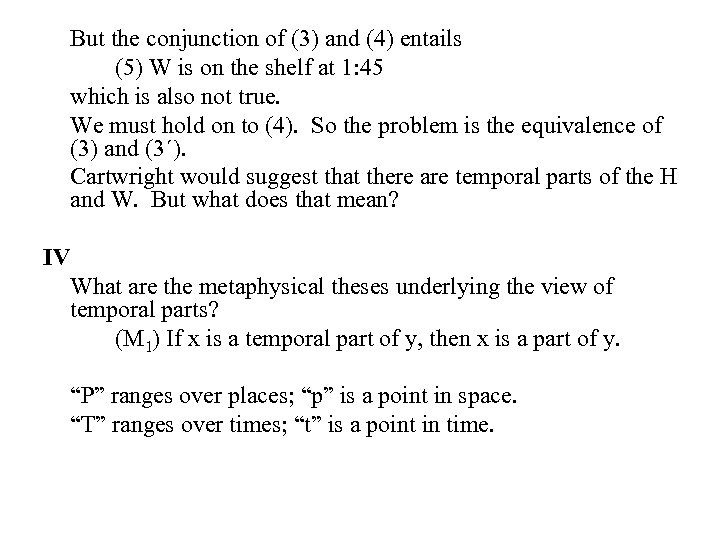 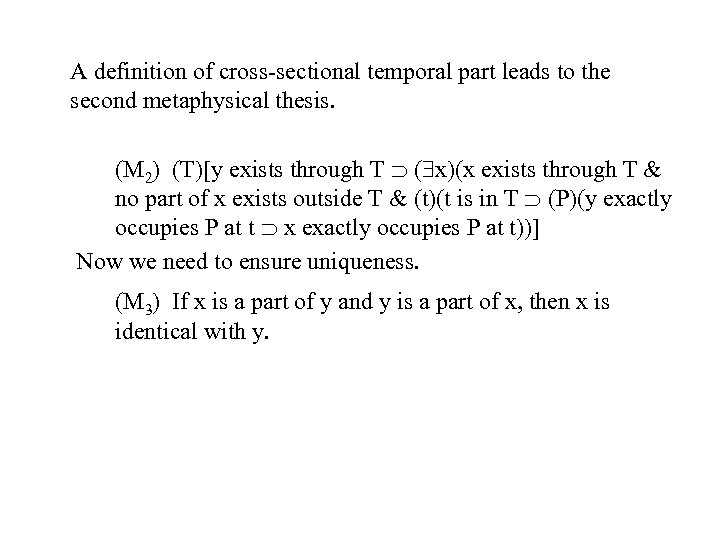 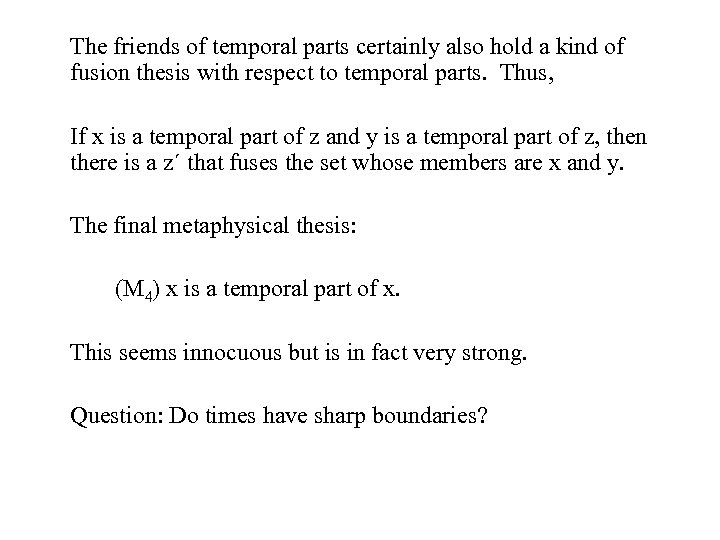 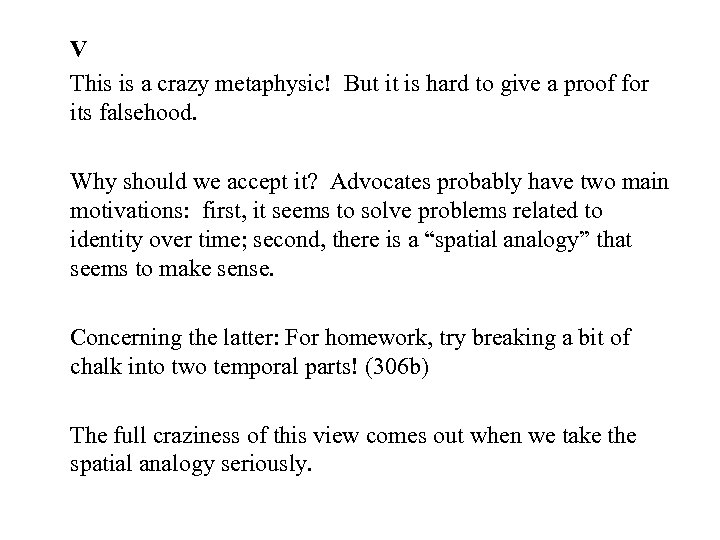 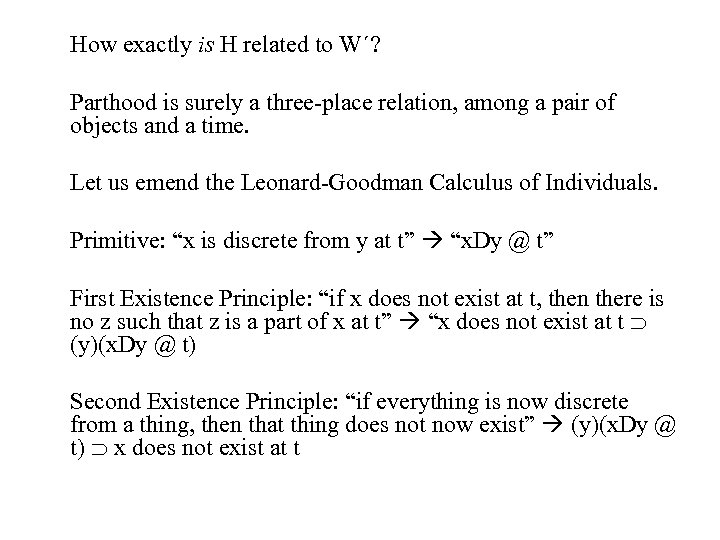 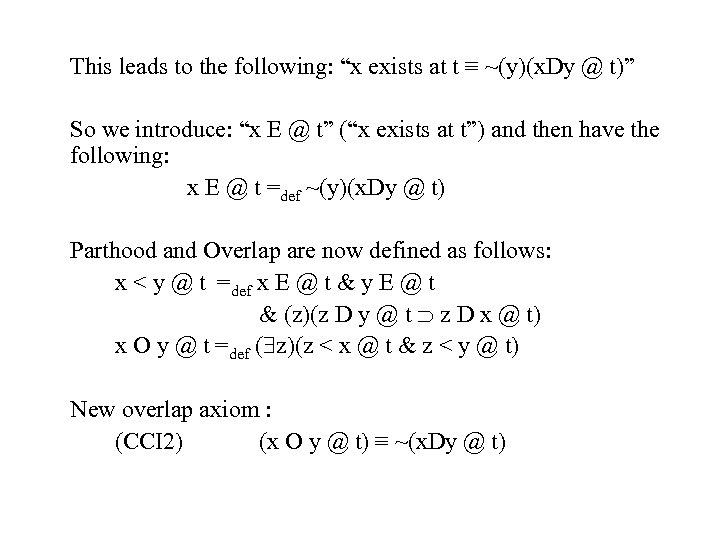 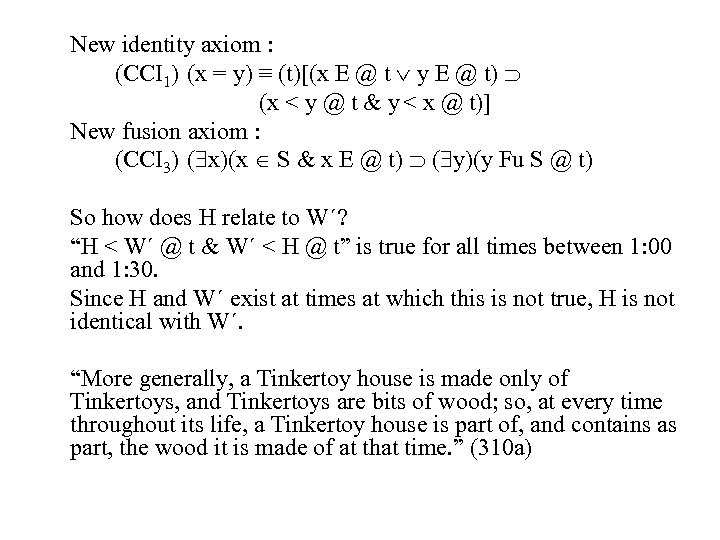 A definition of cross-sectional temporal part leads to the second metaphysical thesis. (M 2) (T)[y exists through T ( x)(x exists through T & no part of x exists outside T & (t)(t is in T (P)(y exactly occupies P at t x exactly occupies P at t))] Now we need to ensure uniqueness. (M 3) If x is a part of y and y is a part of x, then x is identical with y.

V This is a crazy metaphysic! But it is hard to give a proof for its falsehood. Why should we accept it? Advocates probably have two main motivations: first, it seems to solve problems related to identity over time; second, there is a “spatial analogy” that seems to make sense. Concerning the latter: For homework, try breaking a bit of chalk into two temporal parts! (306 b) The full craziness of this view comes out when we take the spatial analogy seriously.