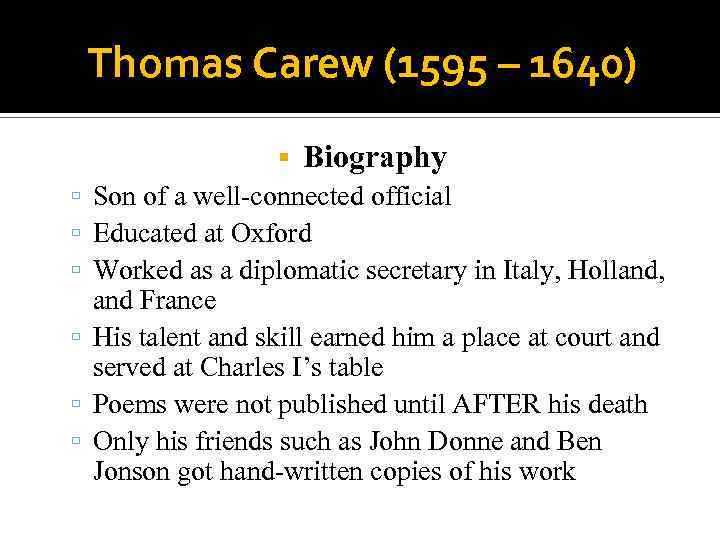 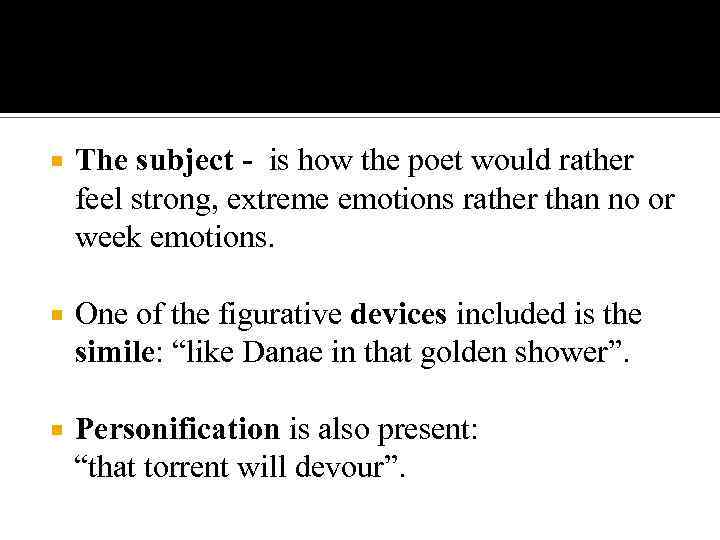 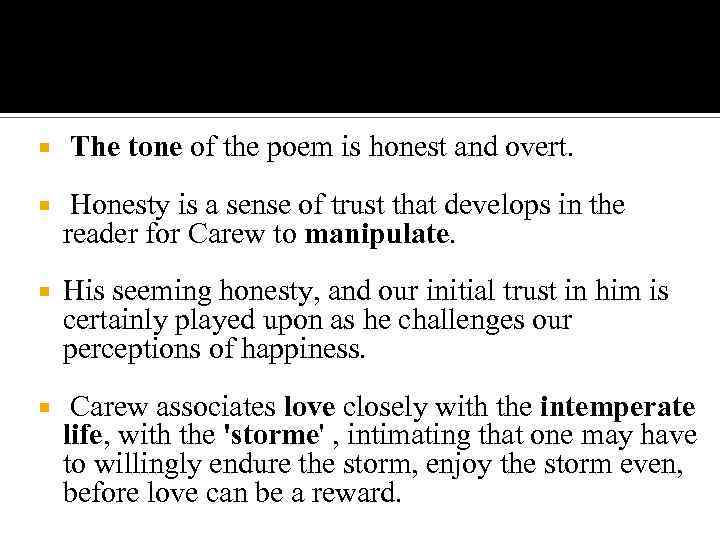 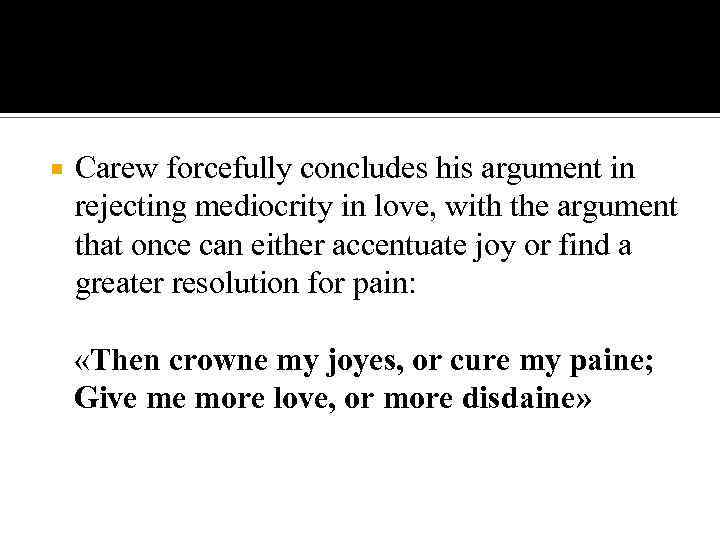 Thomas Carew (1595 – 1640) Biography Son of a well-connected official Educated at Oxford Worked as a diplomatic secretary in Italy, Holland, and France His talent and skill earned him a place at court and served at Charles I’s table Poems were not published until AFTER his death Only his friends such as John Donne and Ben Jonson got hand-written copies of his work

Mediocrity in Love Rejected In the poem there are two stanzas of iambic tetrameter. The poet is the speaker, he is peaking in the first person. The theme - is that strong love or hate, the extremes of the emotional spectrum, are better than less severe emotions.

The subject - is how the poet would rather feel strong, extreme emotions rather than no or week emotions. One of the figurative devices included is the simile: “like Danae in that golden shower”. Personification is also present: “that torrent will devour”.

The tone of the poem is honest and overt. Honesty is a sense of trust that develops in the reader for Carew to manipulate. His seeming honesty, and our initial trust in him is certainly played upon as he challenges our perceptions of happiness. Carew associates love closely with the intemperate life, with the 'storme' , intimating that one may have to willingly endure the storm, enjoy the storm even, before love can be a reward.

Carew forcefully concludes his argument in rejecting mediocrity in love, with the argument that once can either accentuate joy or find a greater resolution for pain: «Then crowne my joyes, or cure my paine; Give me more love, or more disdaine»

Biography Son of a well-connected official