This project is maid by the pupil of 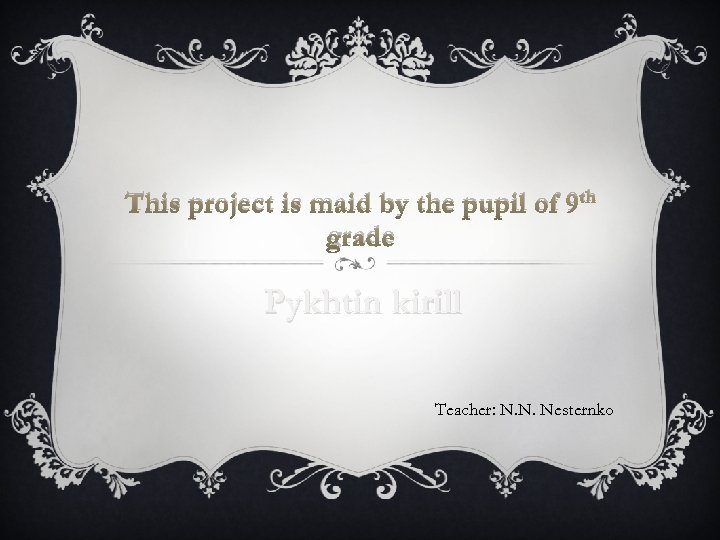 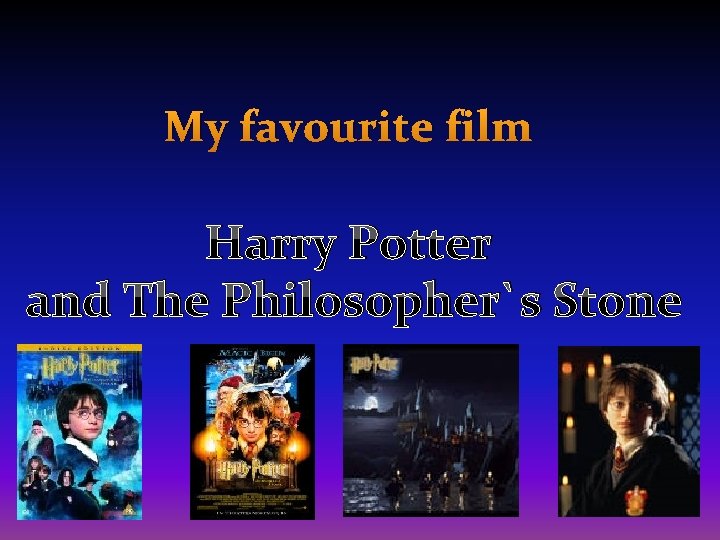 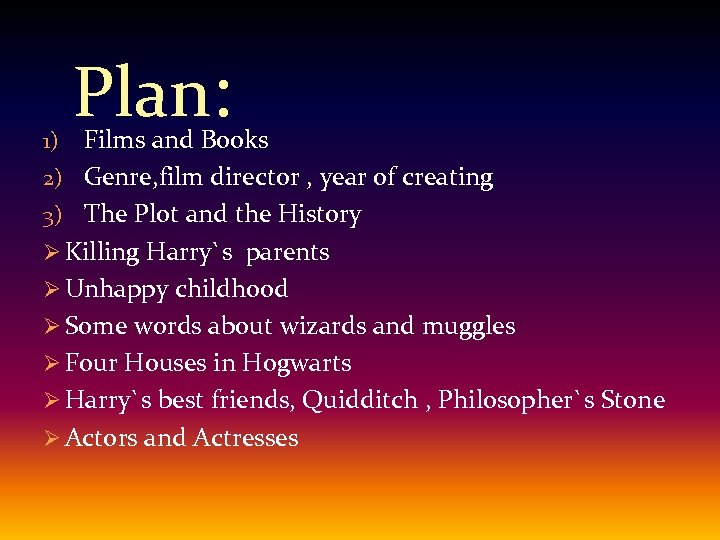 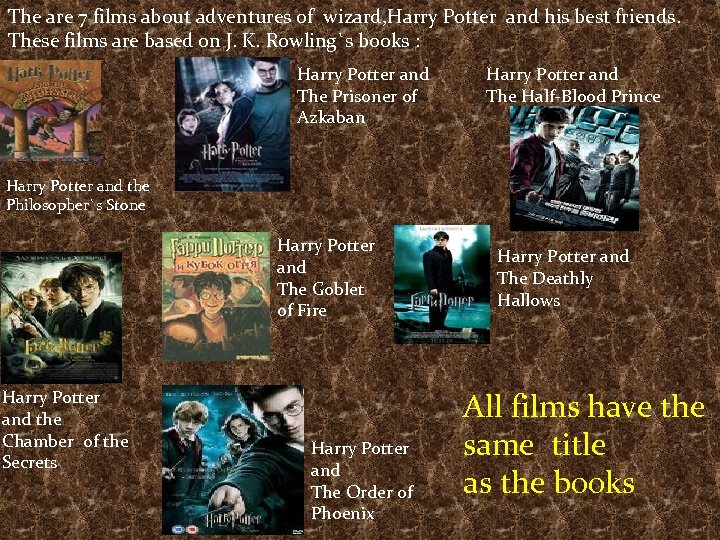 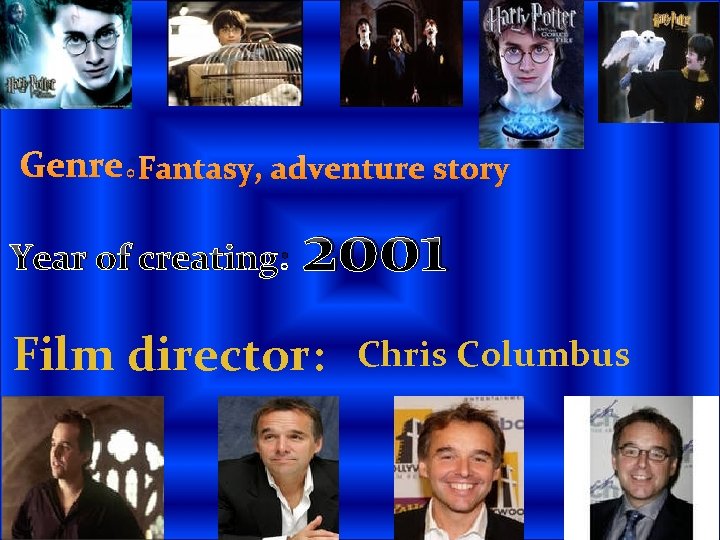 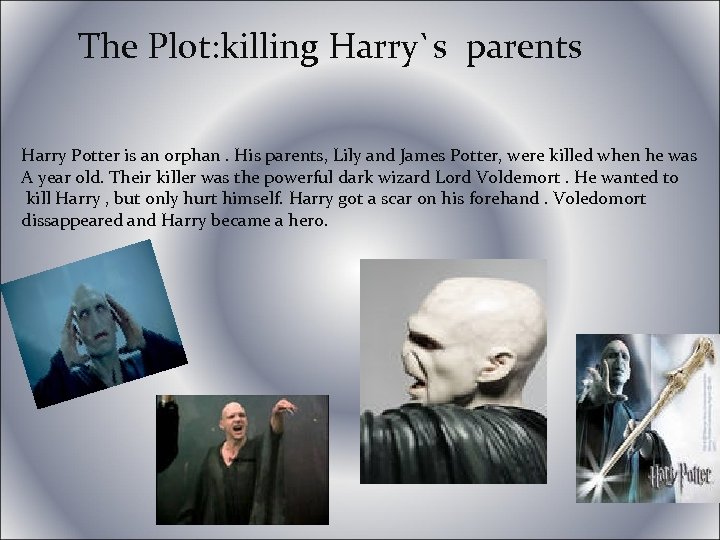 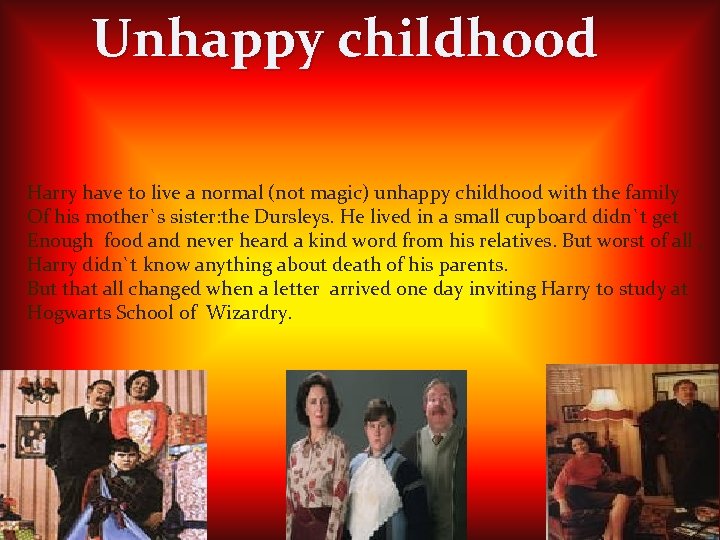 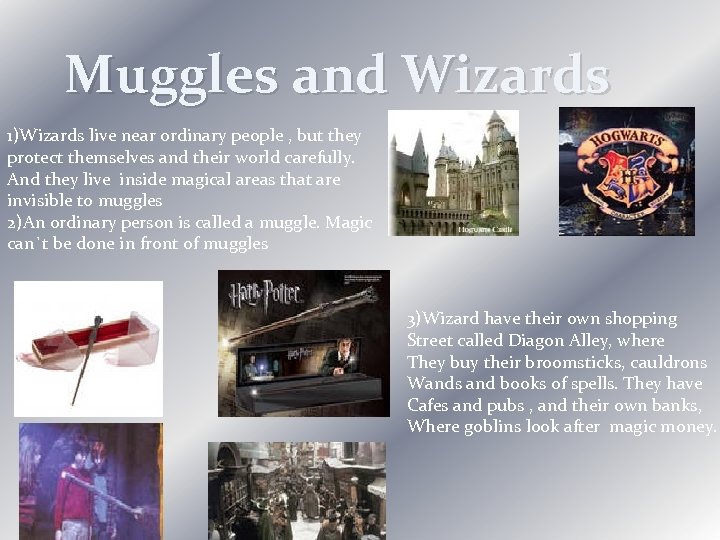 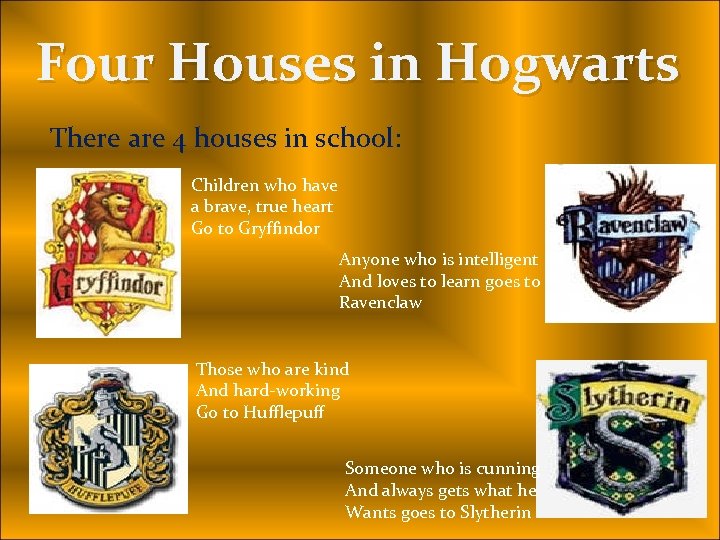 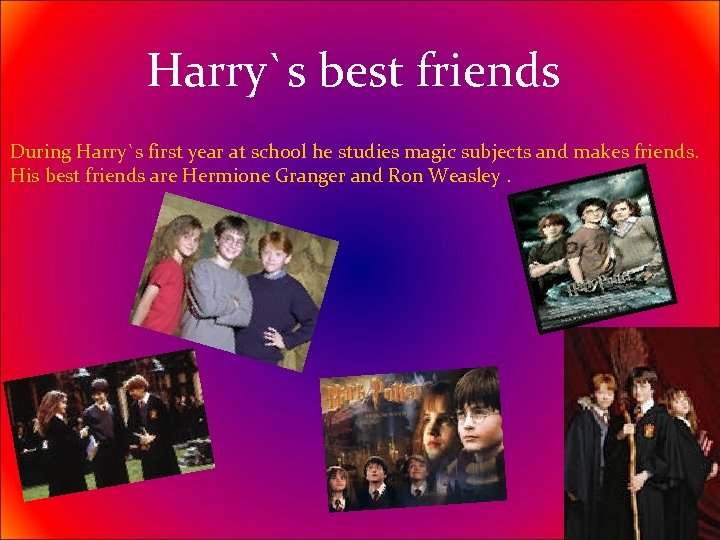 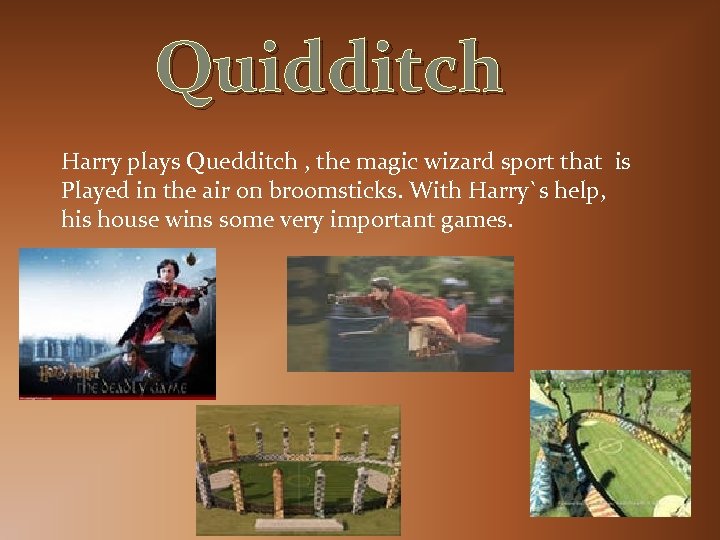 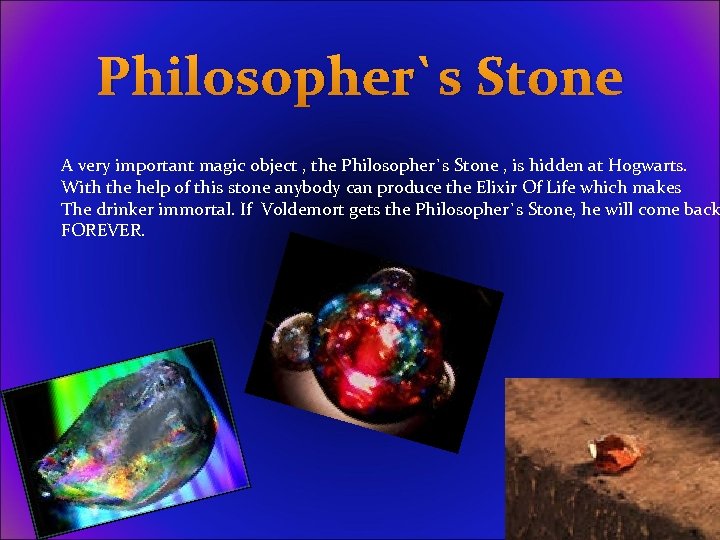 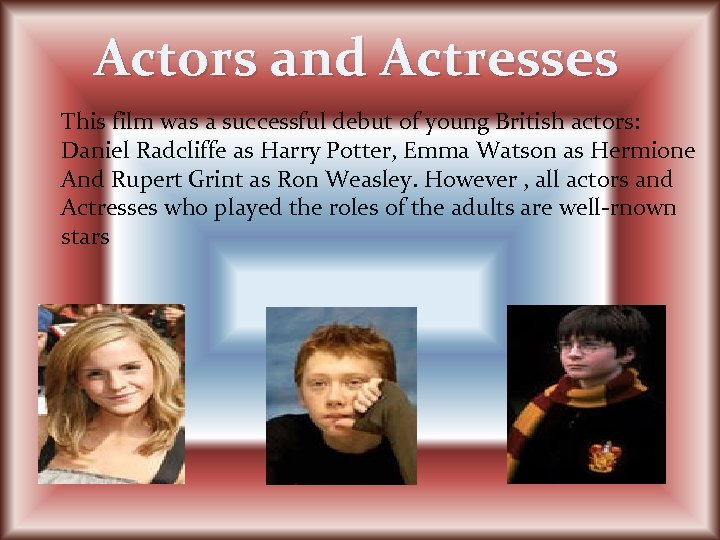 Скачать презентацию This project is maid by the pupil of

This project is maid by the pupil of 9 th grade Pykhtin kirill Teacher: N. N. Nesternko

My favourite film Harry Potter and The Philosopher`s Stone

The Plot: killing Harry`s parents Harry Potter is an orphan. His parents, Lily and James Potter, were killed when he was A year old. Their killer was the powerful dark wizard Lord Voldemort. He wanted to kill Harry , but only hurt himself. Harry got a scar on his forehand. Voledomort dissappeared and Harry became a hero.

Unhappy childhood Harry have to live a normal (not magic) unhappy childhood with the family Of his mother`s sister: the Dursleys. He lived in a small cupboard didn`t get Enough food and never heard a kind word from his relatives. But worst of all , Harry didn`t know anything about death of his parents. But that all changed when a letter arrived one day inviting Harry to study at Hogwarts School of Wizardry.

Muggles and Wizards 1)Wizards live near ordinary people , but they protect themselves and their world carefully. And they live inside magical areas that are invisible to muggles 2)An ordinary person is called a muggle. Magic can`t be done in front of muggles 3)Wizard have their own shopping Street called Diagon Alley, where They buy their broomsticks, cauldrons Wands and books of spells. They have Cafes and pubs , and their own banks, Where goblins look after magic money.

Four Houses in Hogwarts There are 4 houses in school: Children who have a brave, true heart Go to Gryffindor Anyone who is intelligent And loves to learn goes to Ravenclaw Those who are kind And hard-working Go to Hufflepuff Someone who is cunning And always gets what he Wants goes to Slytherin

Quidditch Harry plays Quedditch , the magic wizard sport that is Played in the air on broomsticks. With Harry`s help, his house wins some very important games.

Actors and Actresses This film was a successful debut of young British actors: Daniel Radcliffe as Harry Potter, Emma Watson as Hermione And Rupert Grint as Ron Weasley. However , all actors and Actresses who played the roles of the adults are well-rnown stars