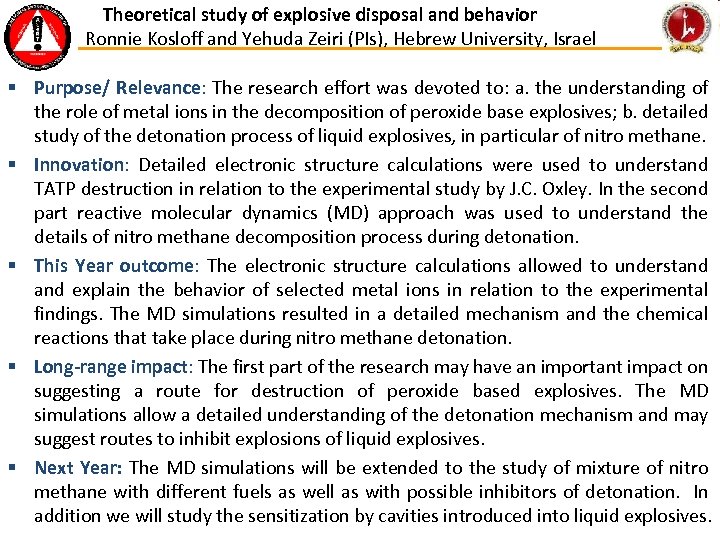 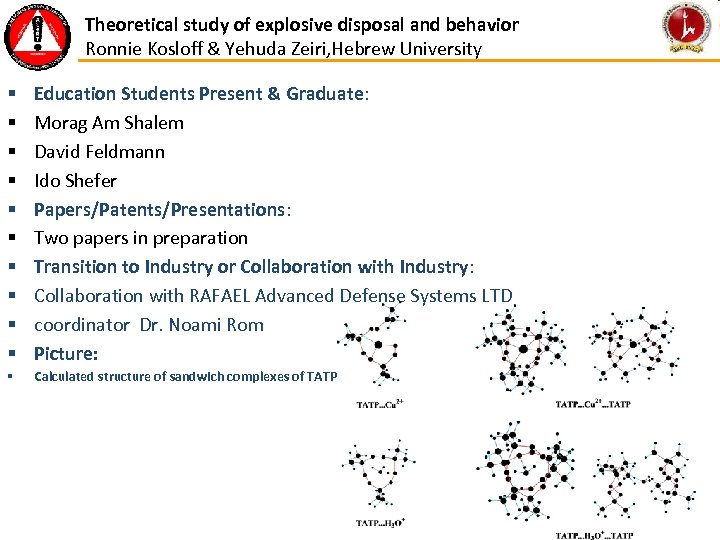 Theoretical study of explosive disposal and behavior Ronnie Kosloff and Yehuda Zeiri (PIs), Hebrew University, Israel § Purpose/ Relevance: The research effort was devoted to: a. the understanding of the role of metal ions in the decomposition of peroxide base explosives; b. detailed study of the detonation process of liquid explosives, in particular of nitro methane. § Innovation: Detailed electronic structure calculations were used to understand TATP destruction in relation to the experimental study by J. C. Oxley. In the second part reactive molecular dynamics (MD) approach was used to understand the details of nitro methane decomposition process during detonation. § This Year outcome: The electronic structure calculations allowed to understand explain the behavior of selected metal ions in relation to the experimental findings. The MD simulations resulted in a detailed mechanism and the chemical reactions that take place during nitro methane detonation. § Long-range impact: The first part of the research may have an important impact on suggesting a route for destruction of peroxide based explosives. The MD simulations allow a detailed understanding of the detonation mechanism and may suggest routes to inhibit explosions of liquid explosives. § Next Year: The MD simulations will be extended to the study of mixture of nitro methane with different fuels as well as with possible inhibitors of detonation. In addition we will study the sensitization by cavities introduced into liquid explosives.