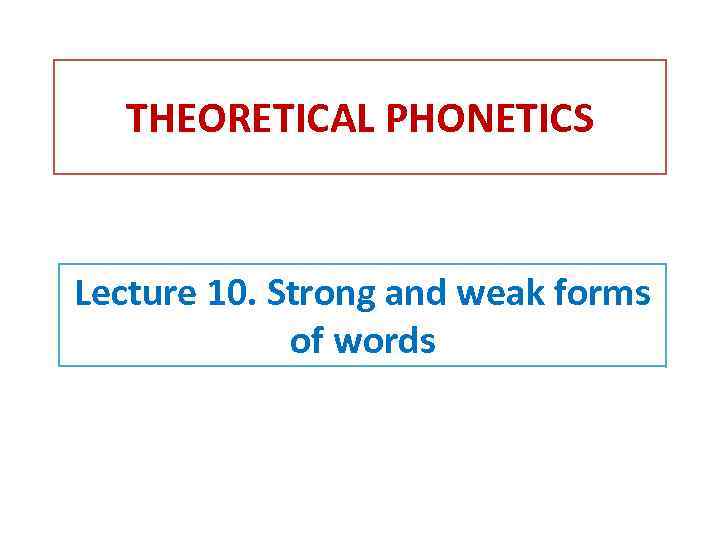 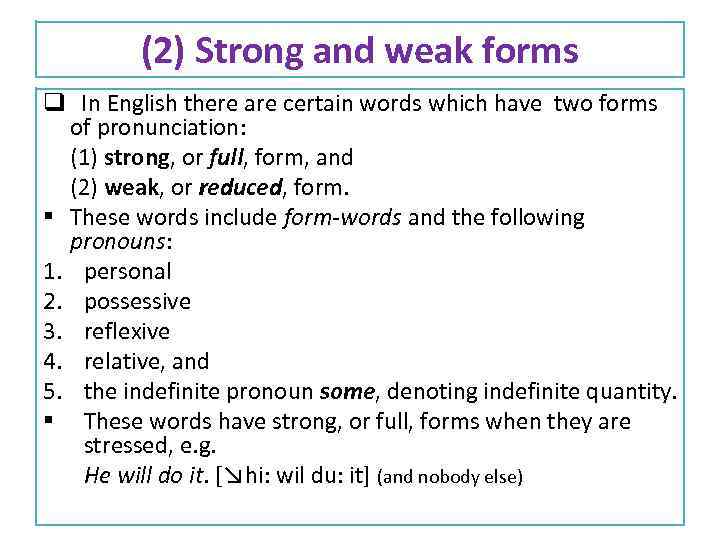 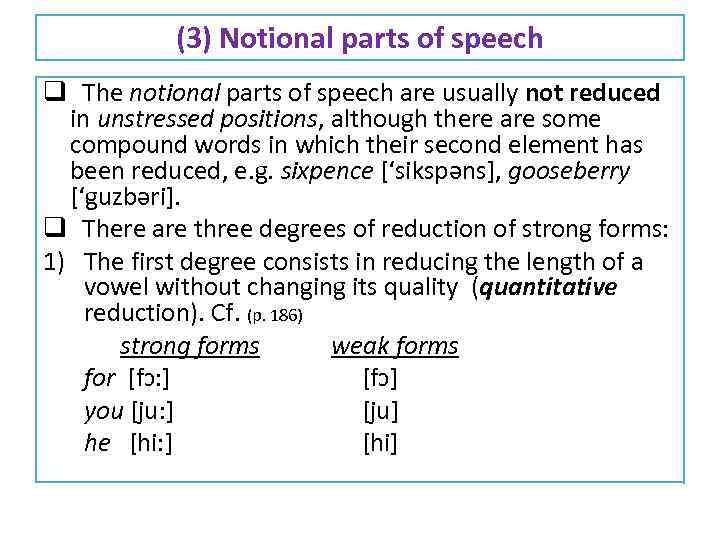 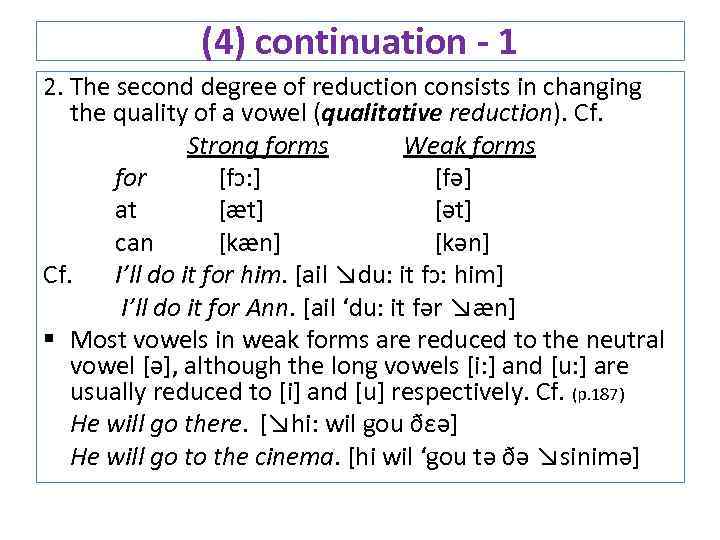 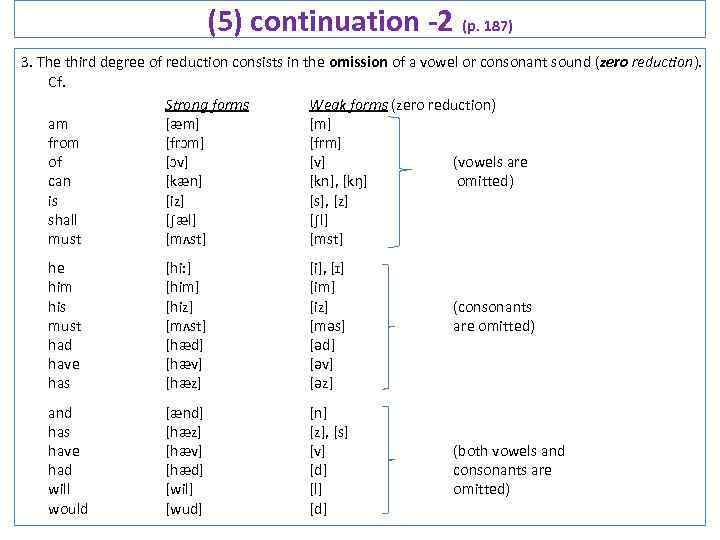 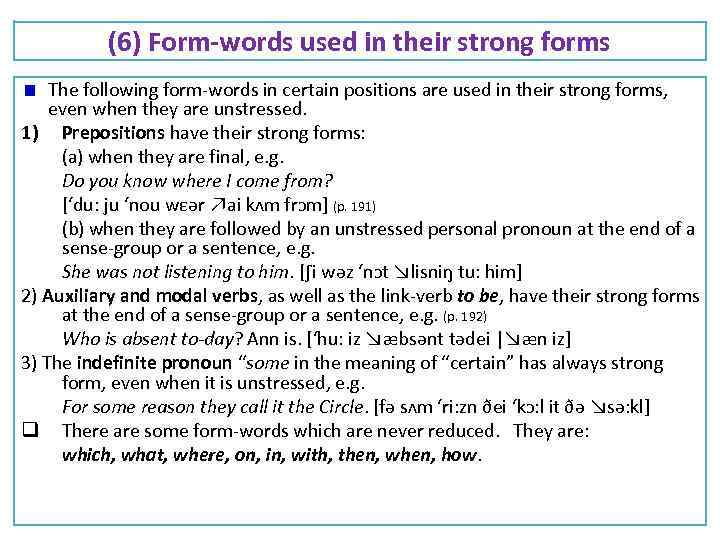 (2) Strong and weak forms q In English there are certain words which have two forms of pronunciation: (1) strong, or full, form, and (2) weak, or reduced, form. § These words include form-words and the following pronouns: 1. personal 2. possessive 3. reflexive 4. relative, and 5. the indefinite pronoun some, denoting indefinite quantity. § These words have strong, or full, forms when they are stressed, e. g. He will do it. [↘hi: wil du: it] (and nobody else)

(3) Notional parts of speech q The notional parts of speech are usually not reduced in unstressed positions, although there are some compound words in which their second element has been reduced, e. g. sixpence [‘sikspәns], gooseberry [‘guzbәri]. q There are three degrees of reduction of strong forms: 1) The first degree consists in reducing the length of a vowel without changing its quality (quantitative reduction). Cf. (p. 186) strong forms weak forms for [fͻ: ] [fͻ] you [ju: ] [ju] he [hi: ] [hi]

(6) Form-words used in their strong forms The following form-words in certain positions are used in their strong forms, even when they are unstressed. 1) Prepositions have their strong forms: (a) when they are final, e. g. Do you know where I come from? [‘du: ju ‘nou wεәr ↗ai kʌm frͻm] (p. 191) (b) when they are followed by an unstressed personal pronoun at the end of a sense-group or a sentence, e. g. She was not listening to him. [∫i wәz ‘nͻt ↘lisniŋ tu: him] 2) Auxiliary and modal verbs, as well as the link-verb to be, have their strong forms at the end of a sense-group or a sentence, e. g. (p. 192) Who is absent to-day? Ann is. [‘hu: iz ↘æbsәnt tәdei |↘æn iz] 3) The indefinite pronoun “some in the meaning of “certain” has always strong form, even when it is unstressed, e. g. For some reason they call it the Circle. [fә sʌm ‘ri: zn ðei ‘kͻ: l it ðә ↘sә: kl] q There are some form-words which are never reduced. They are: which, what, where, on, in, with, then, when, how.

Changes in the verbal system in Middle English

LECTURE 2_6 CHANGES IN THE VERBAL SYSTEM IN