The Wizard of Oz Archetypes in the Movie 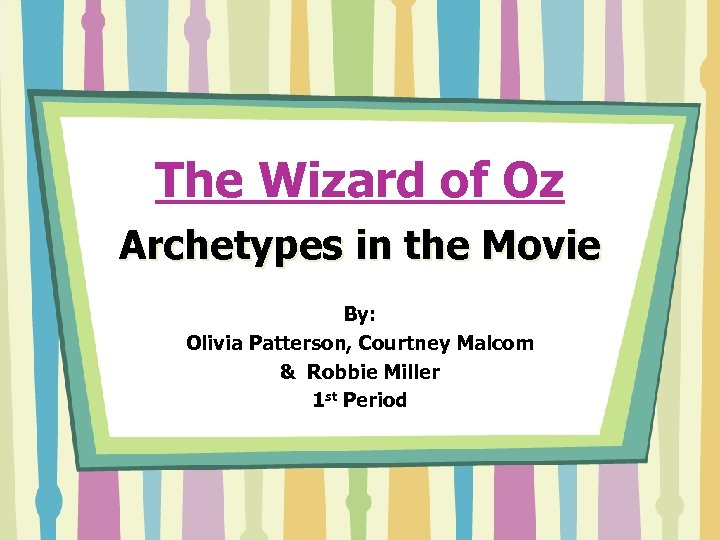 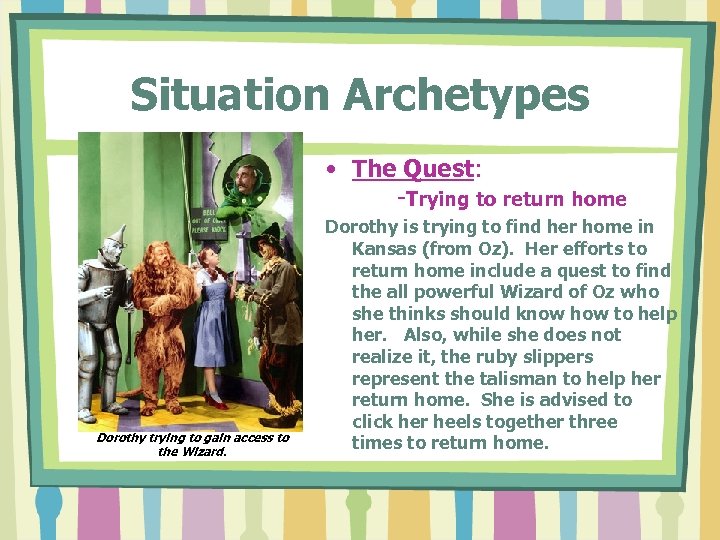 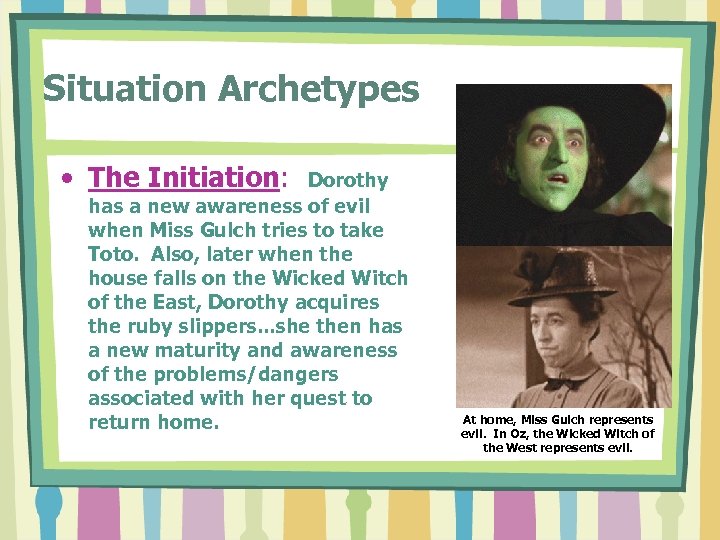 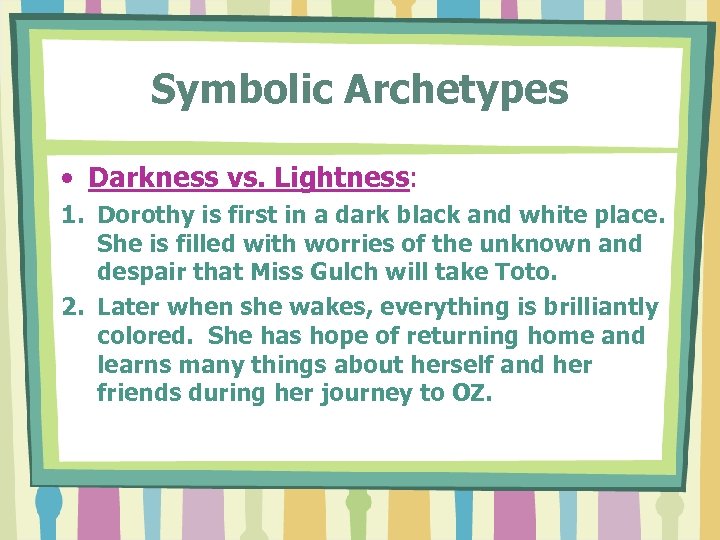 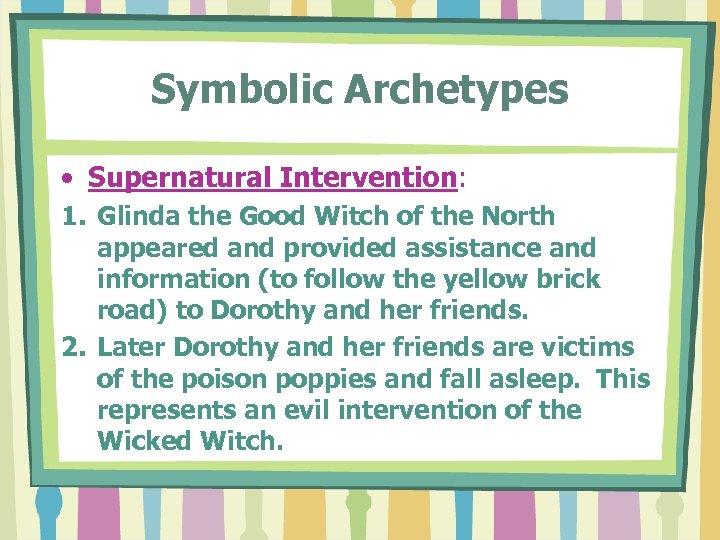 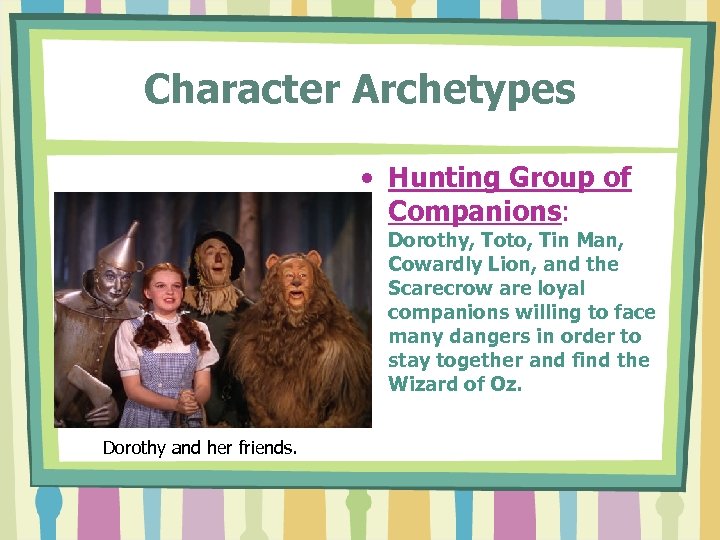 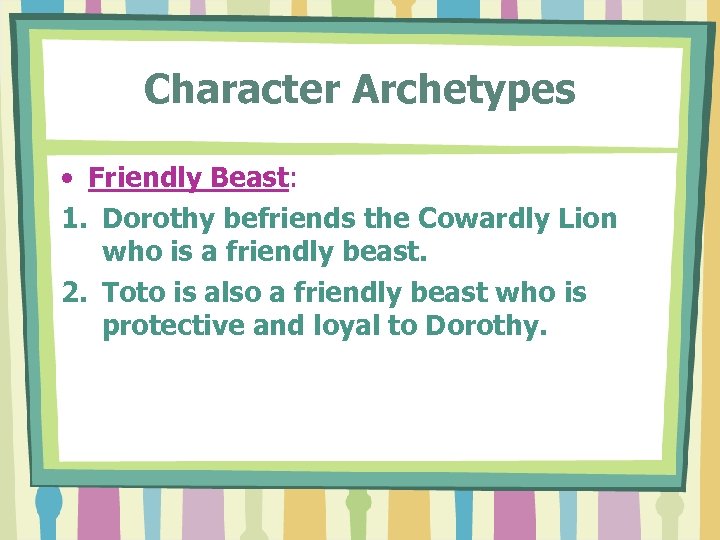 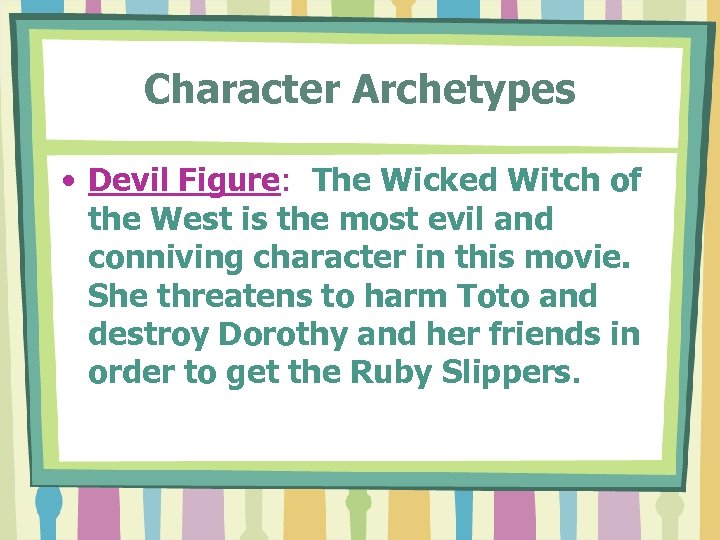 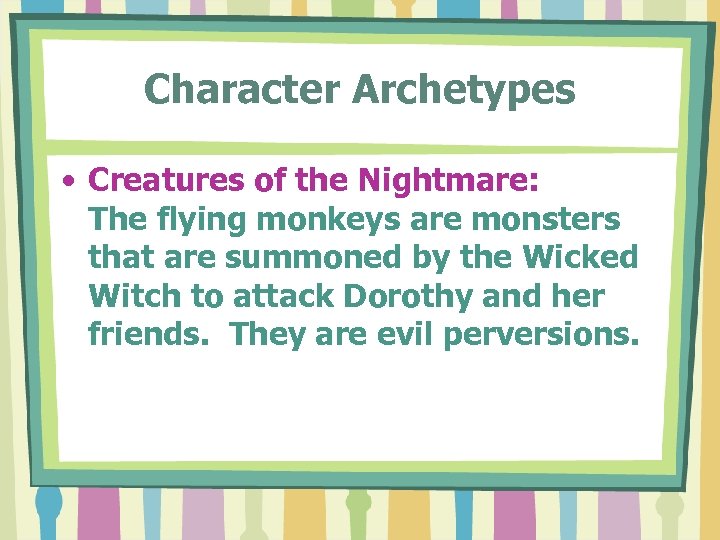 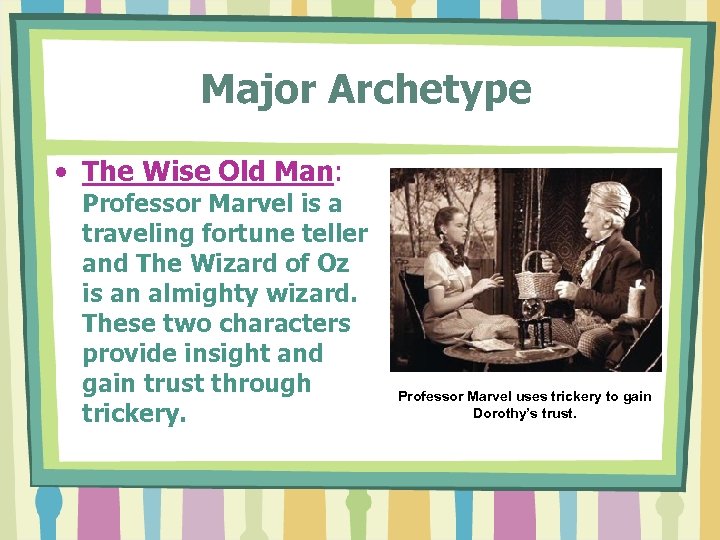 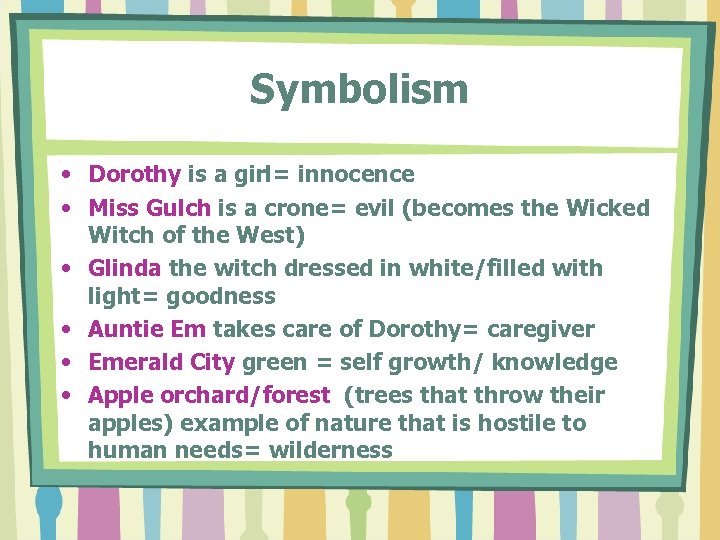 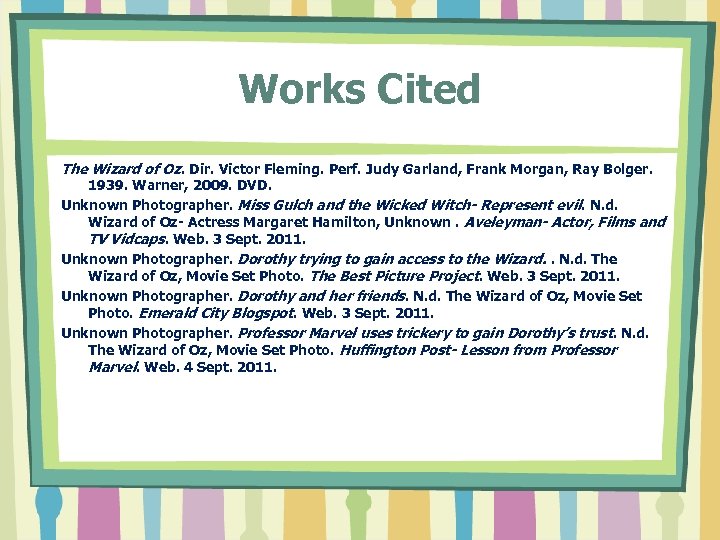 Скачать презентацию The Wizard of Oz Archetypes in the Movie

Situation Archetypes • The Quest: -Trying to return home Dorothy trying to gain access to the Wizard. Dorothy is trying to find her home in Kansas (from Oz). Her efforts to return home include a quest to find the all powerful Wizard of Oz who she thinks should know how to help her. Also, while she does not realize it, the ruby slippers represent the talisman to help her return home. She is advised to click her heels together three times to return home.

Situation Archetypes • The Initiation: Dorothy has a new awareness of evil when Miss Gulch tries to take Toto. Also, later when the house falls on the Wicked Witch of the East, Dorothy acquires the ruby slippers. . . she then has a new maturity and awareness of the problems/dangers associated with her quest to return home. At home, Miss Gulch represents evil. In Oz, the Wicked Witch of the West represents evil.

Symbolic Archetypes • Darkness vs. Lightness: 1. Dorothy is first in a dark black and white place. She is filled with worries of the unknown and despair that Miss Gulch will take Toto. 2. Later when she wakes, everything is brilliantly colored. She has hope of returning home and learns many things about herself and her friends during her journey to OZ.

Character Archetypes • Hunting Group of Companions: Dorothy, Toto, Tin Man, Cowardly Lion, and the Scarecrow are loyal companions willing to face many dangers in order to stay together and find the Wizard of Oz. Dorothy and her friends.

Character Archetypes • Friendly Beast: 1. Dorothy befriends the Cowardly Lion who is a friendly beast. 2. Toto is also a friendly beast who is protective and loyal to Dorothy.

Character Archetypes • Devil Figure: The Wicked Witch of the West is the most evil and conniving character in this movie. She threatens to harm Toto and destroy Dorothy and her friends in order to get the Ruby Slippers.

Character Archetypes • Creatures of the Nightmare: The flying monkeys are monsters that are summoned by the Wicked Witch to attack Dorothy and her friends. They are evil perversions.

Major Archetype • The Wise Old Man: Professor Marvel is a traveling fortune teller and The Wizard of Oz is an almighty wizard. These two characters provide insight and gain trust through trickery. Professor Marvel uses trickery to gain Dorothy’s trust.