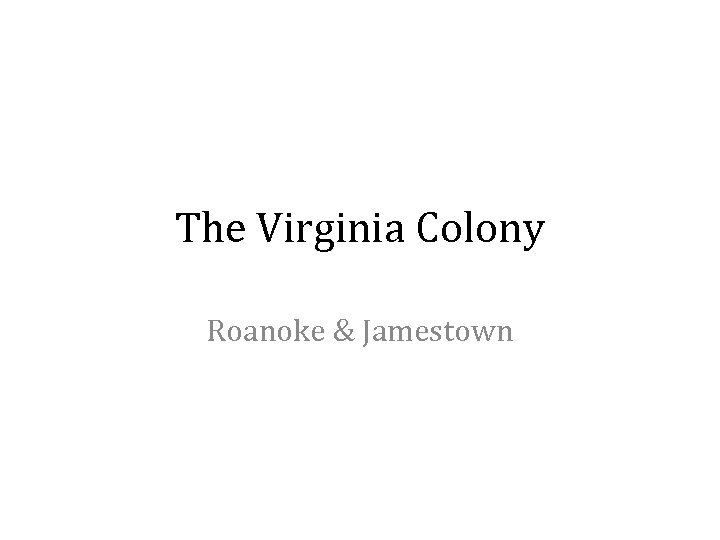 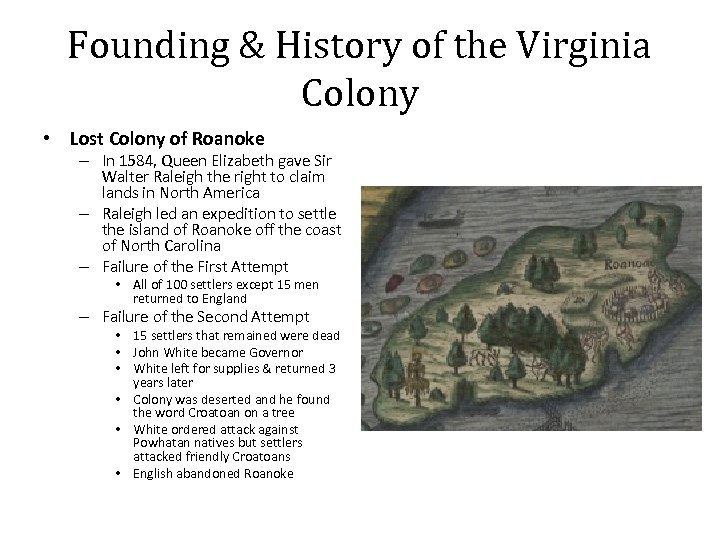 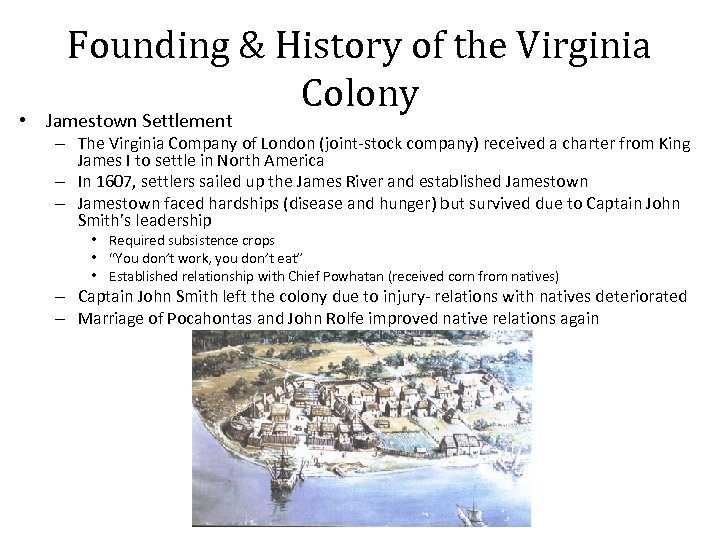 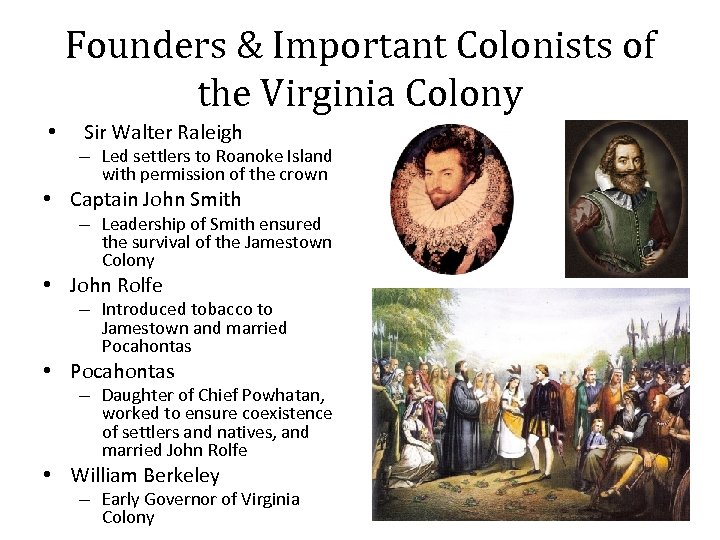 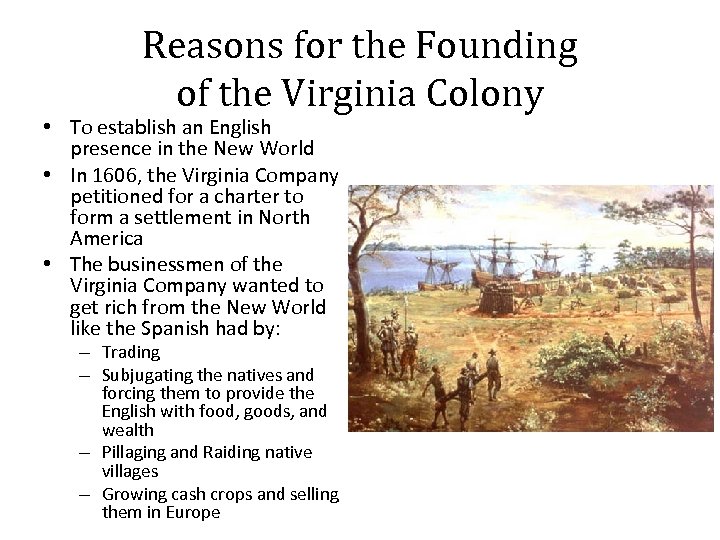 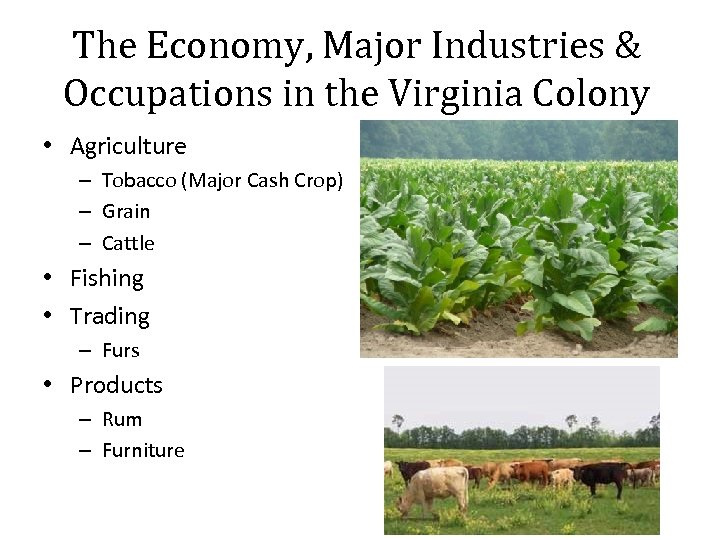 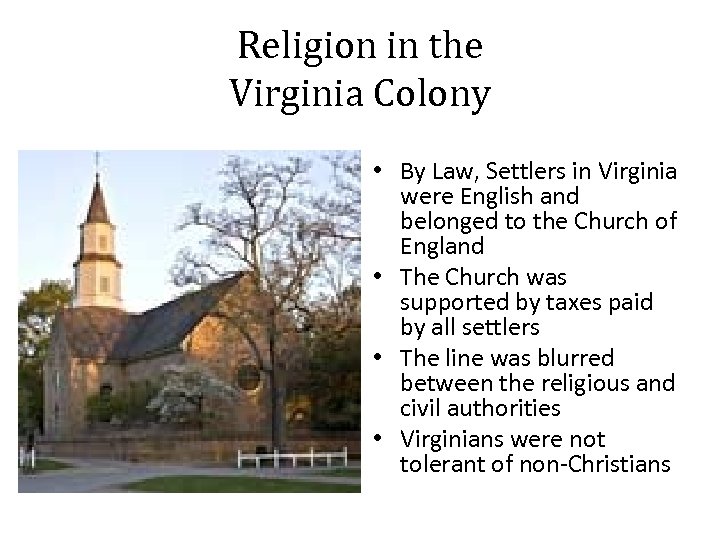 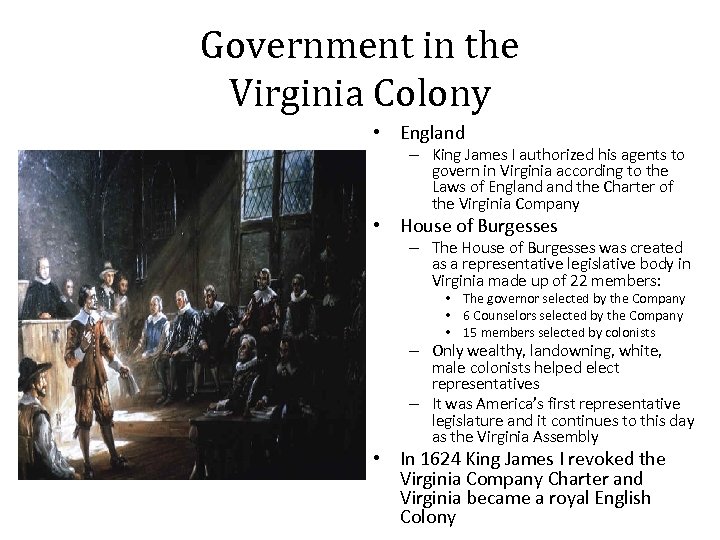 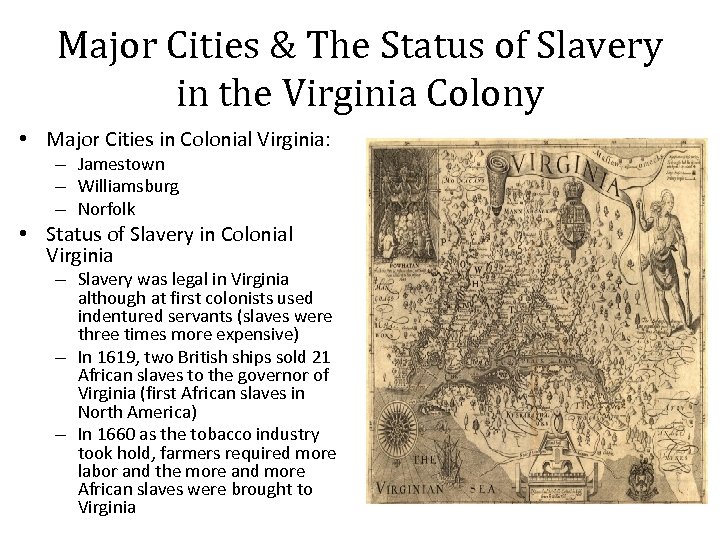 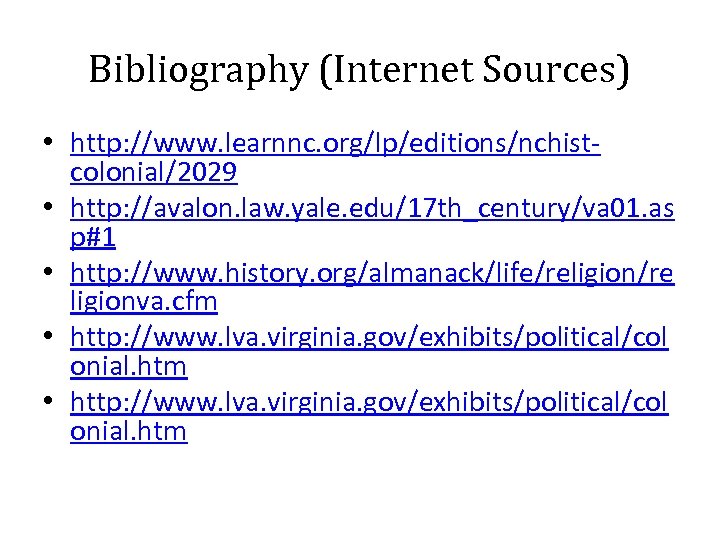 Founding & History of the Virginia Colony • Lost Colony of Roanoke – In 1584, Queen Elizabeth gave Sir Walter Raleigh the right to claim lands in North America – Raleigh led an expedition to settle the island of Roanoke off the coast of North Carolina – Failure of the First Attempt • All of 100 settlers except 15 men returned to England – Failure of the Second Attempt • 15 settlers that remained were dead • John White became Governor • White left for supplies & returned 3 years later • Colony was deserted and he found the word Croatoan on a tree • White ordered attack against Powhatan natives but settlers attacked friendly Croatoans • English abandoned Roanoke

The First Charter of the Virginia Colony • Date: – April 10, 1606 • Between: – King James I of England & – Individual Members of the Virginia Company of London (Sir Thomas Gates, Sir George Somers, and others) • Grant: – “…Licence, to make Habitation, Plantation, and to deduce a colony of sundry of our People into that part of America commonly called VIRGINIA…”

Religion in the Virginia Colony • By Law, Settlers in Virginia were English and belonged to the Church of England • The Church was supported by taxes paid by all settlers • The line was blurred between the religious and civil authorities • Virginians were not tolerant of non-Christians

Major Cities & The Status of Slavery in the Virginia Colony • Major Cities in Colonial Virginia: – Jamestown – Williamsburg – Norfolk • Status of Slavery in Colonial Virginia – Slavery was legal in Virginia although at first colonists used indentured servants (slaves were three times more expensive) – In 1619, two British ships sold 21 African slaves to the governor of Virginia (first African slaves in North America) – In 1660 as the tobacco industry took hold, farmers required more labor and the more and more African slaves were brought to Virginia