The Viking Age By Olezhka The 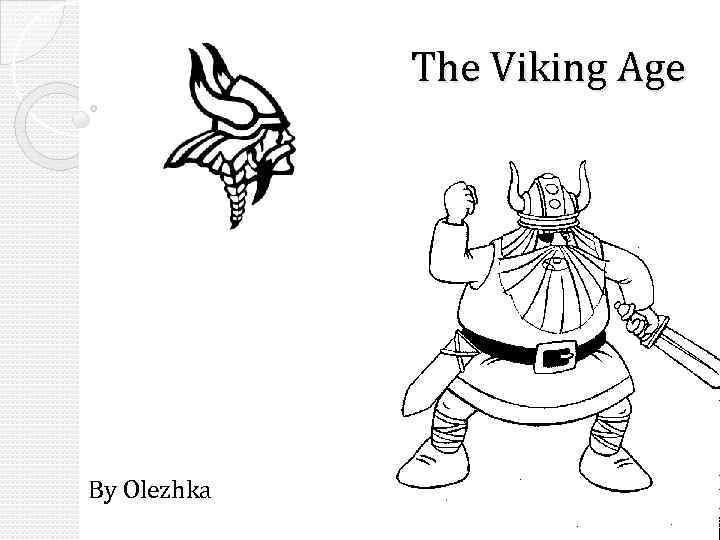 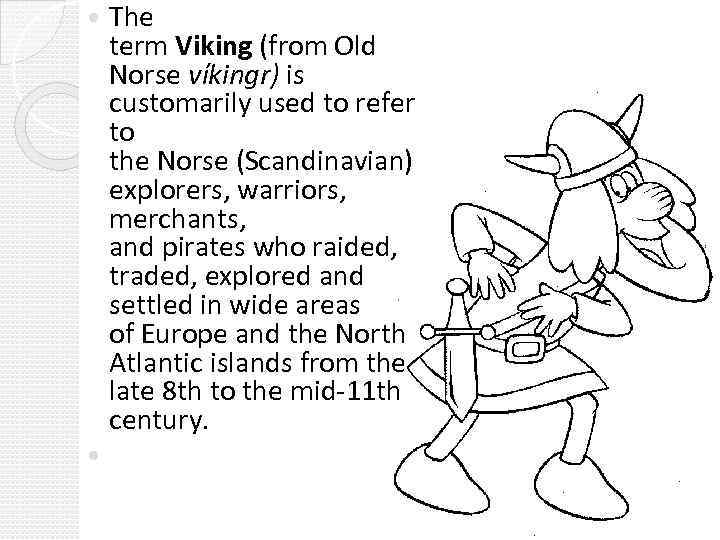 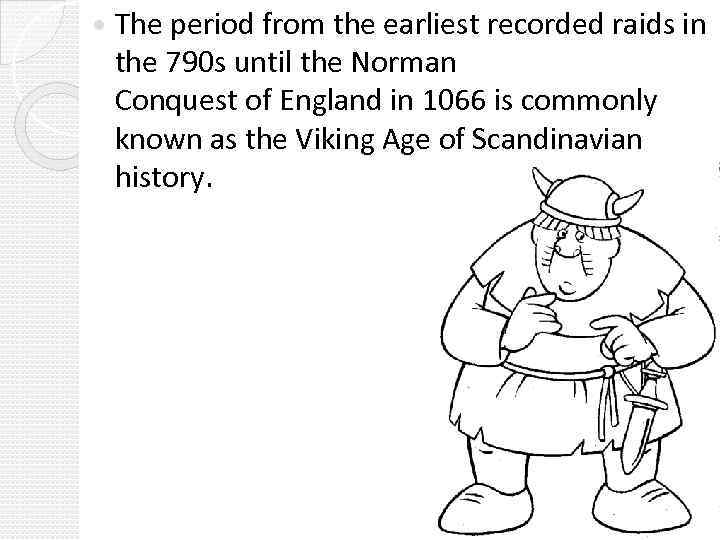 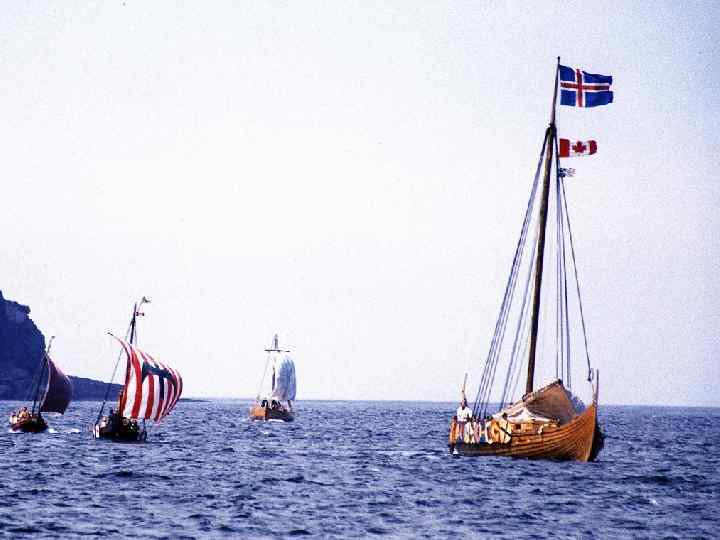 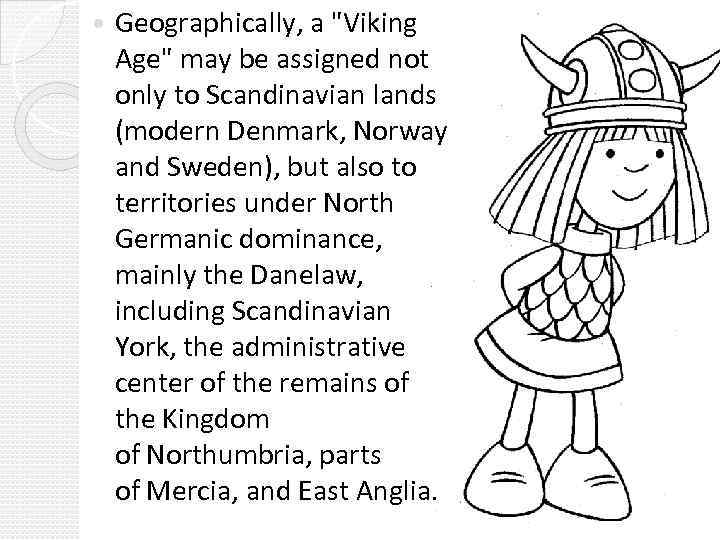 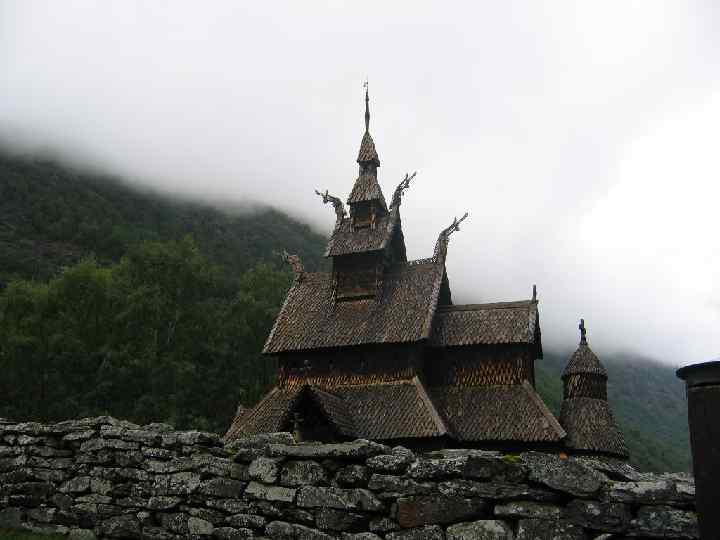 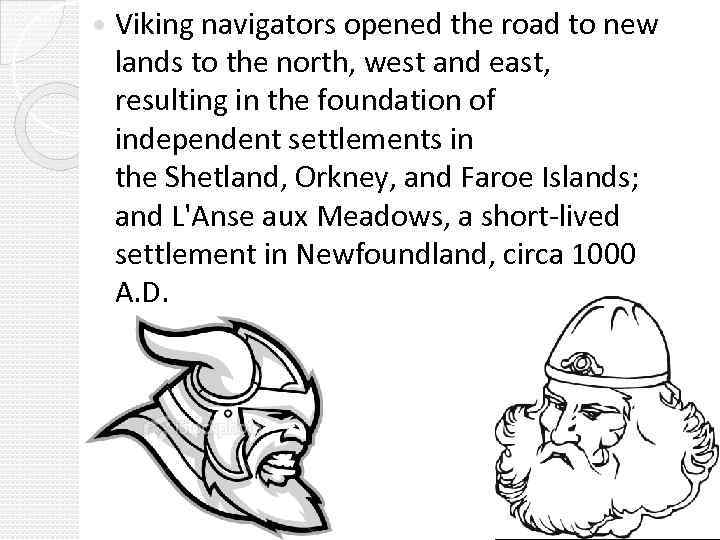 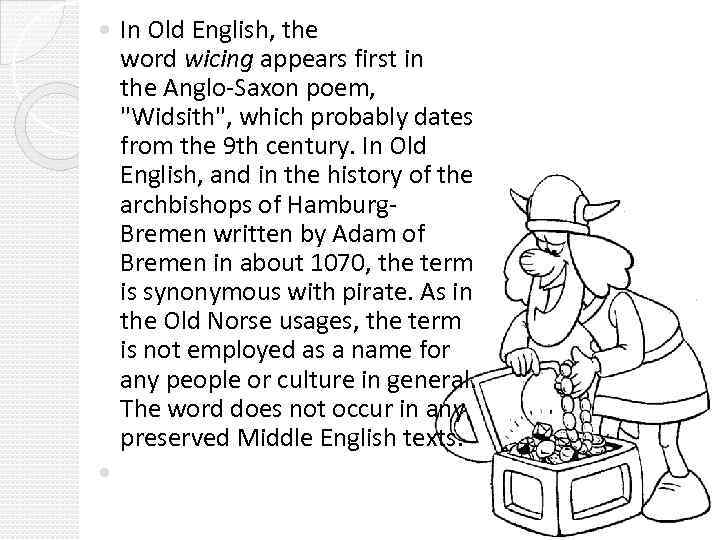 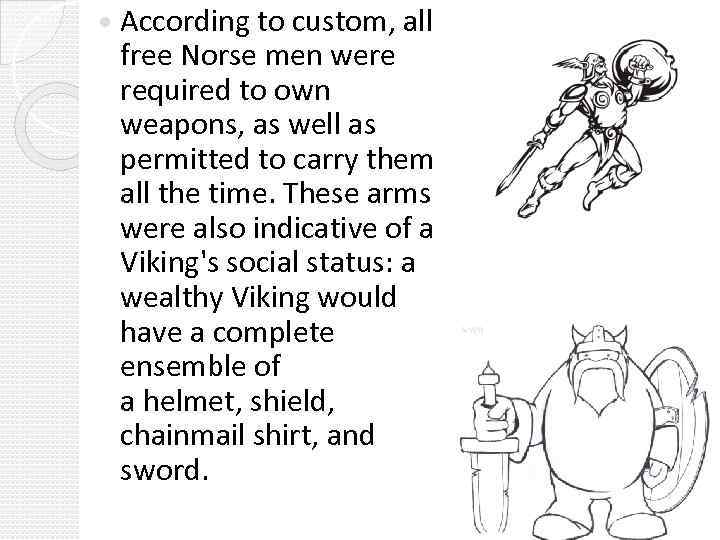 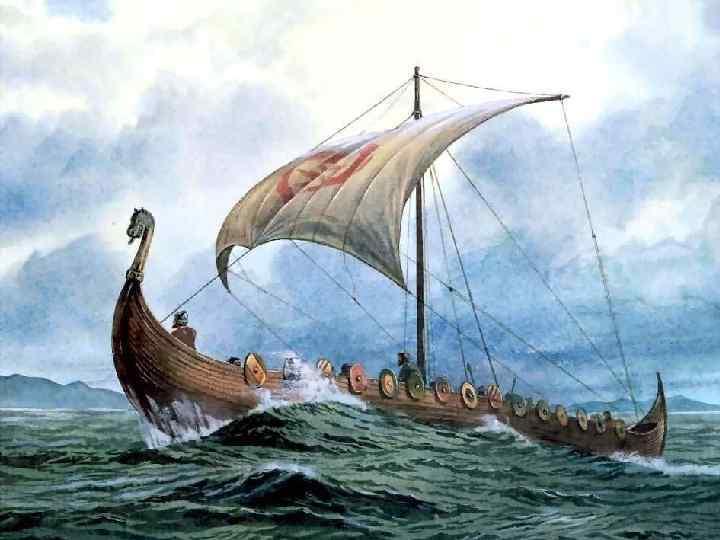 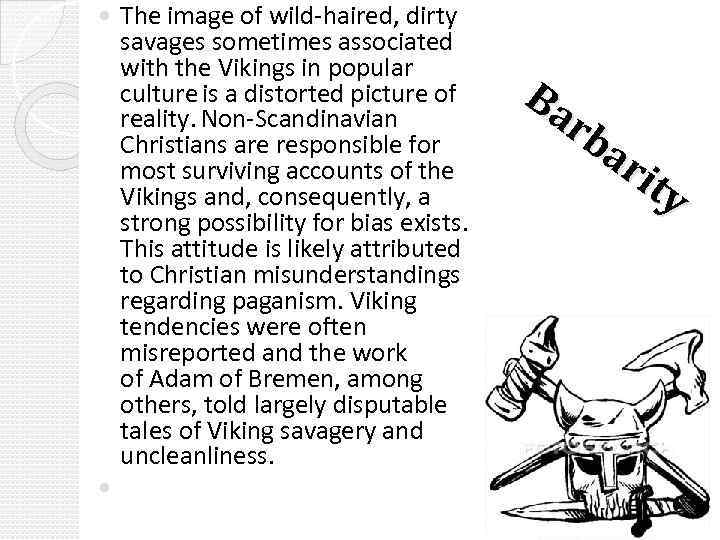 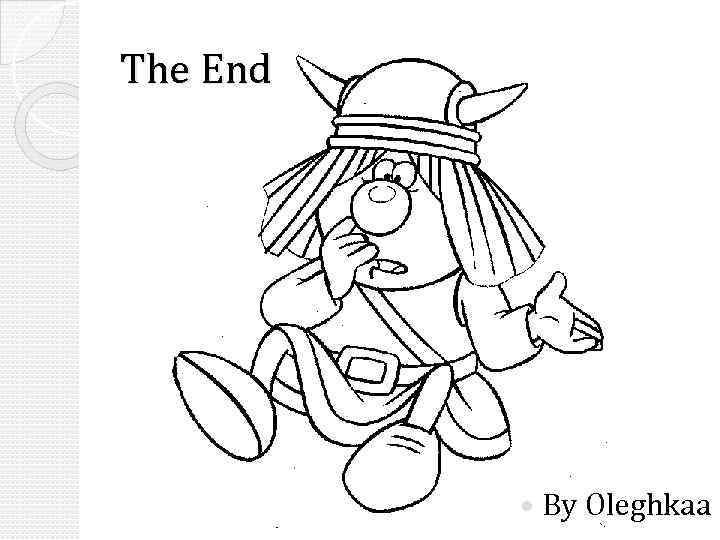 The Viking Age By Olezhka

The term Viking (from Old Norse víkingr) is customarily used to refer to the Norse (Scandinavian) explorers, warriors, merchants, and pirates who raided, traded, explored and settled in wide areas of Europe and the North Atlantic islands from the late 8 th to the mid-11 th century.

The period from the earliest recorded raids in the 790 s until the Norman Conquest of England in 1066 is commonly known as the Viking Age of Scandinavian history.

The Normans, however, were descended from Danish Vikings who were given feudal overlord ship of areas in northern France — the Duchy of Normandy — in the 10 th century. In that respect, descendants of the Vikings continued to have an influence in northern Europe. Likewise, King Harold Godwinson, the last Anglo-Saxon king of England, had Danish ancestors.

Geographically, a "Viking Age" may be assigned not only to Scandinavian lands (modern Denmark, Norway and Sweden), but also to territories under North Germanic dominance, mainly the Danelaw, including Scandinavian York, the administrative center of the remains of the Kingdom of Northumbria, parts of Mercia, and East Anglia.

Viking navigators opened the road to new lands to the north, west and east, resulting in the foundation of independent settlements in the Shetland, Orkney, and Faroe Islands; and L'Anse aux Meadows, a short-lived settlement in Newfoundland, circa 1000 A. D.

In Old English, the word wicing appears first in the Anglo-Saxon poem, "Widsith", which probably dates from the 9 th century. In Old English, and in the history of the archbishops of Hamburg. Bremen written by Adam of Bremen in about 1070, the term is synonymous with pirate. As in the Old Norse usages, the term is not employed as a name for any people or culture in general. The word does not occur in any preserved Middle English texts.

According to custom, all free Norse men were required to own weapons, as well as permitted to carry them all the time. These arms were also indicative of a Viking's social status: a wealthy Viking would have a complete ensemble of a helmet, shield, chainmail shirt, and sword.

The image of wild-haired, dirty savages sometimes associated with the Vikings in popular culture is a distorted picture of reality. Non-Scandinavian Christians are responsible for most surviving accounts of the Vikings and, consequently, a strong possibility for bias exists. This attitude is likely attributed to Christian misunderstandings regarding paganism. Viking tendencies were often misreported and the work of Adam of Bremen, among others, told largely disputable tales of Viking savagery and uncleanliness. Ba rb ar ity