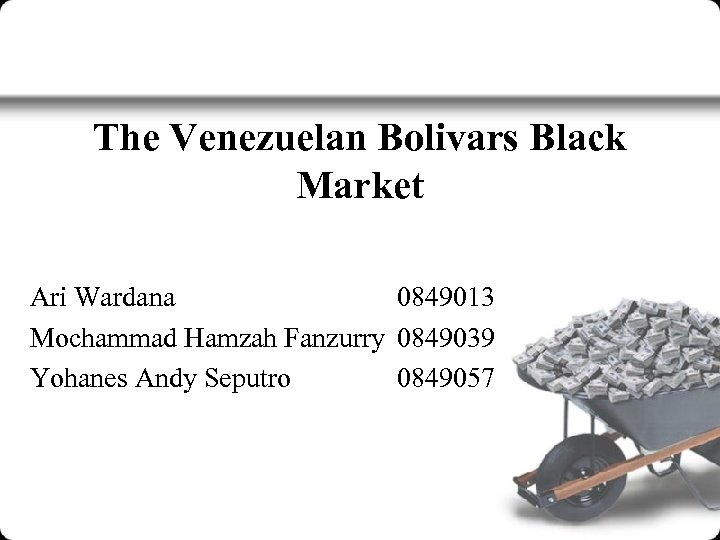 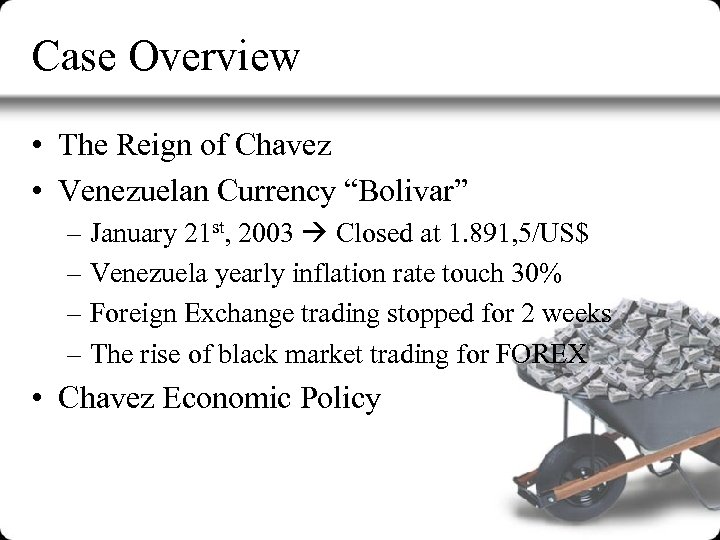 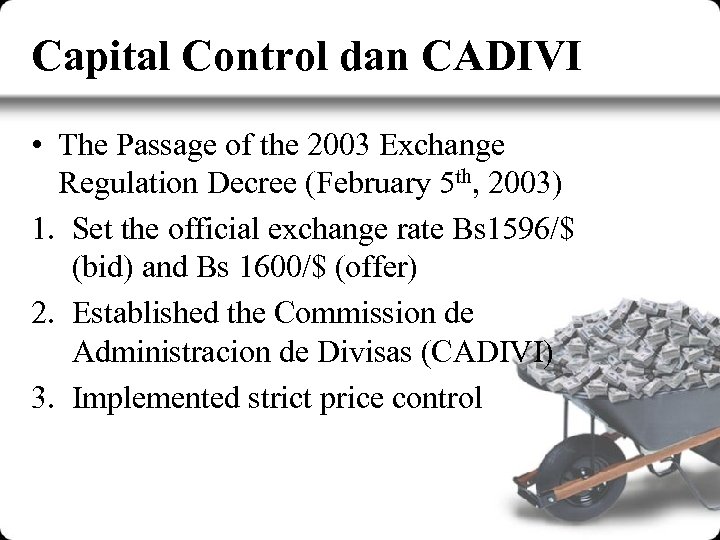 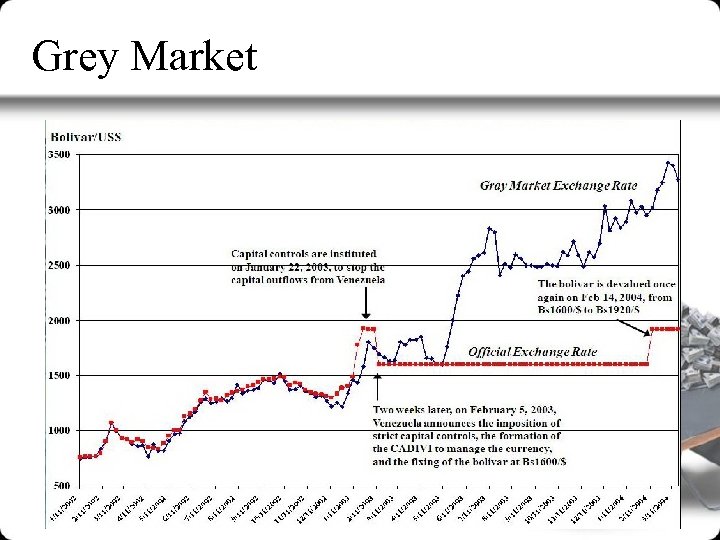 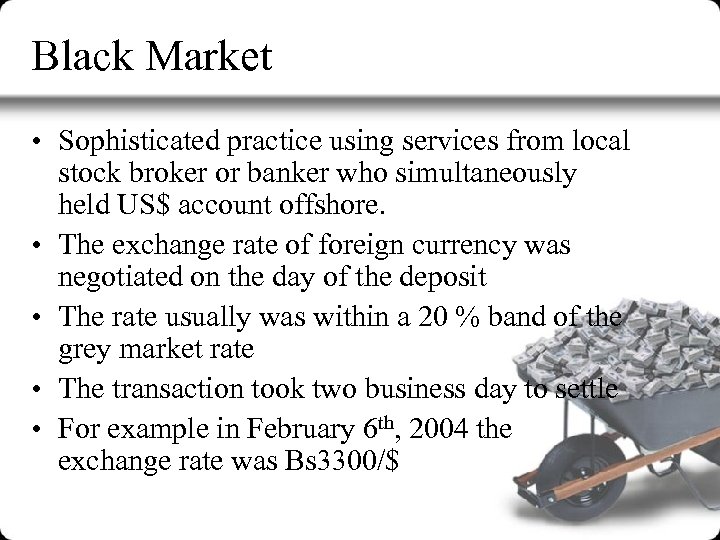 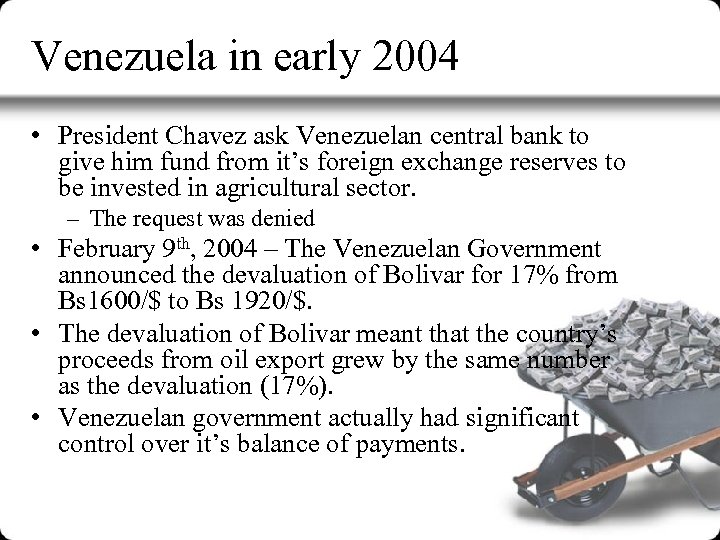 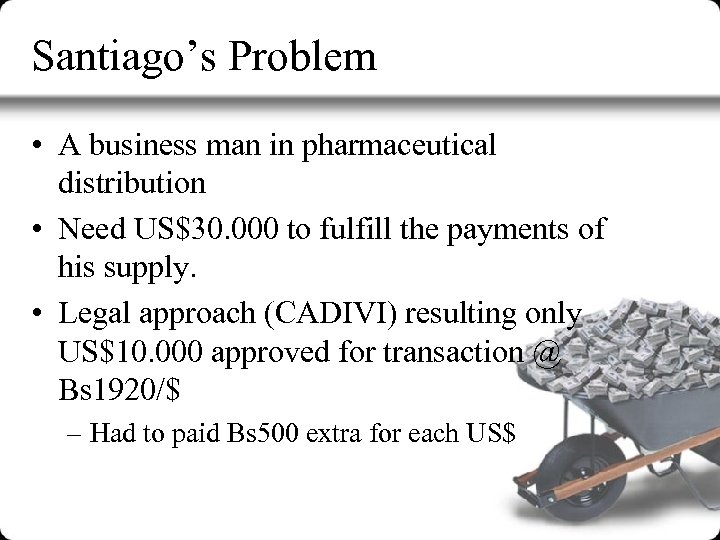 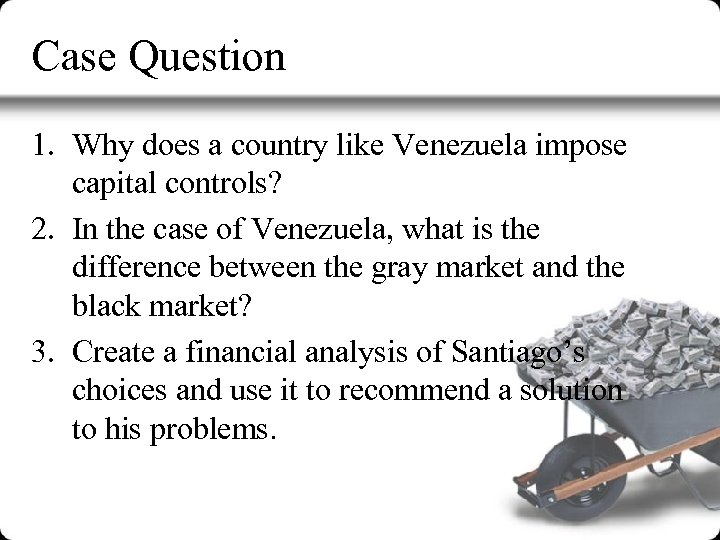 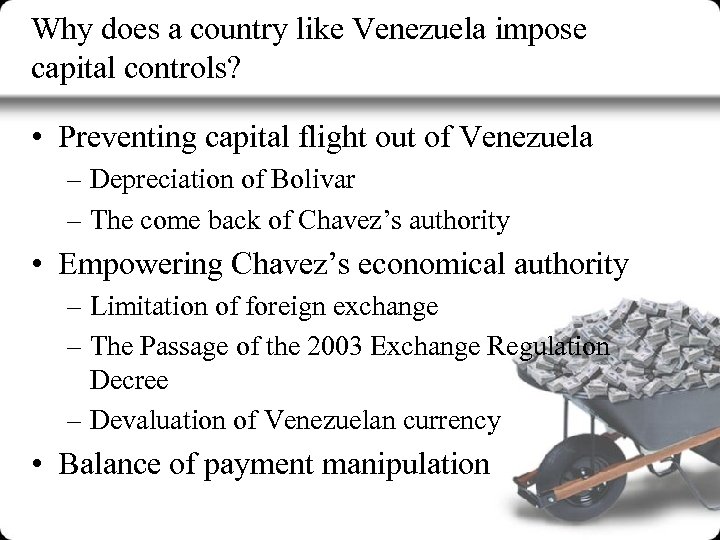 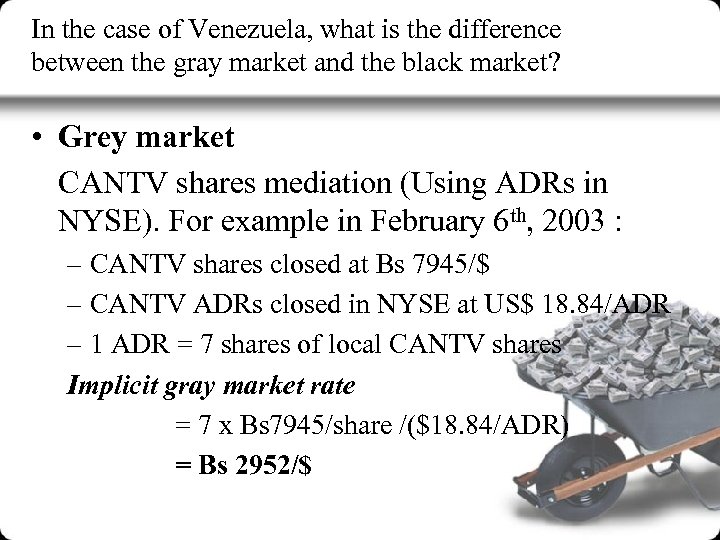 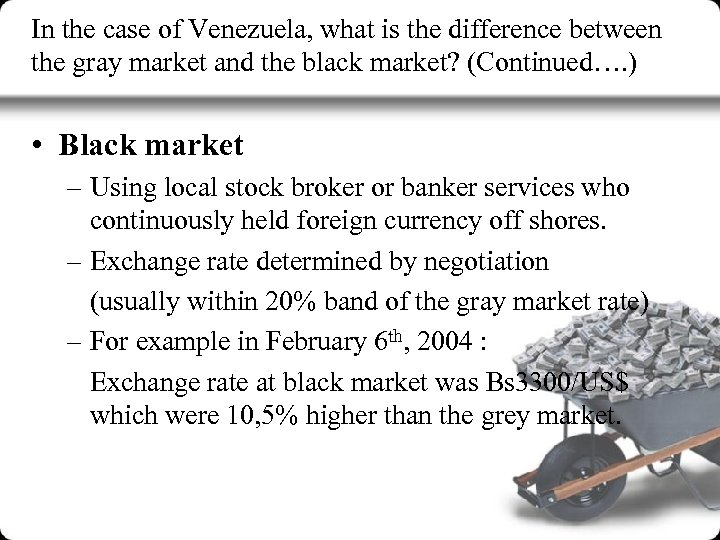 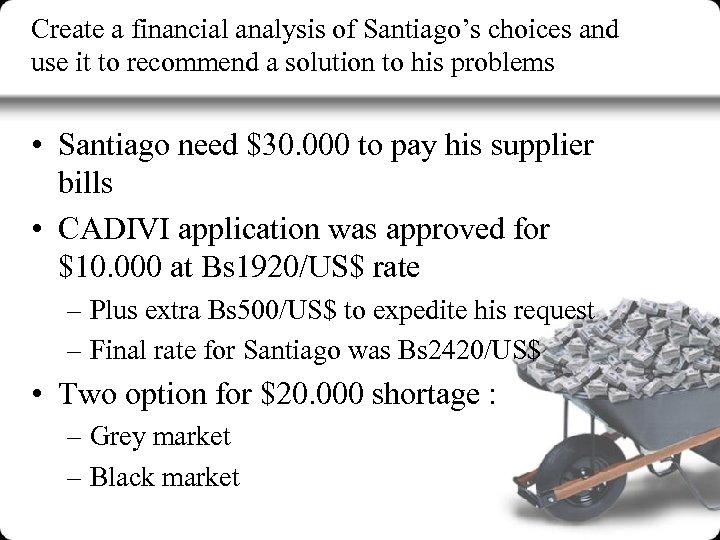 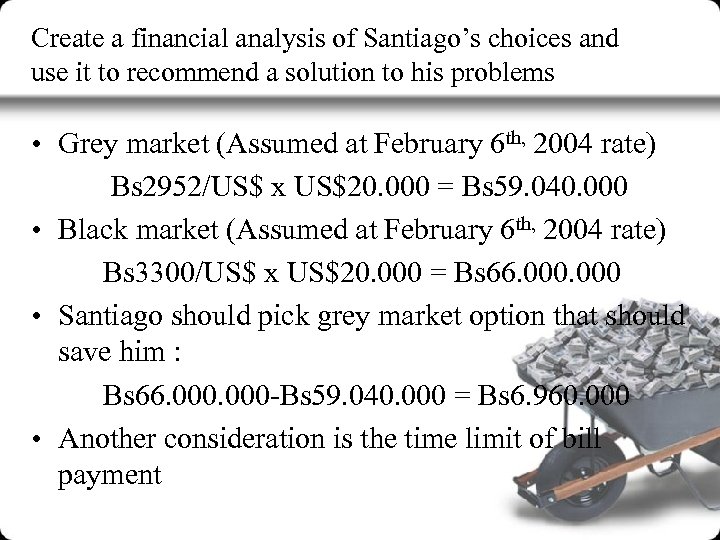 Black Market • Sophisticated practice using services from local stock broker or banker who simultaneously held US$ account offshore. • The exchange rate of foreign currency was negotiated on the day of the deposit • The rate usually was within a 20 % band of the grey market rate • The transaction took two business day to settle • For example in February 6 th, 2004 the exchange rate was Bs 3300/$

Case Question 1. Why does a country like Venezuela impose capital controls? 2. In the case of Venezuela, what is the difference between the gray market and the black market? 3. Create a financial analysis of Santiago’s choices and use it to recommend a solution to his problems.

Why does a country like Venezuela impose capital controls? • Preventing capital flight out of Venezuela – Depreciation of Bolivar – The come back of Chavez’s authority • Empowering Chavez’s economical authority – Limitation of foreign exchange – The Passage of the 2003 Exchange Regulation Decree – Devaluation of Venezuelan currency • Balance of payment manipulation

In the case of Venezuela, what is the difference between the gray market and the black market? (Continued…. ) • Black market – Using local stock broker or banker services who continuously held foreign currency off shores. – Exchange rate determined by negotiation (usually within 20% band of the gray market rate) – For example in February 6 th, 2004 : Exchange rate at black market was Bs 3300/US$ which were 10, 5% higher than the grey market.