The United States of America is the wealthiest 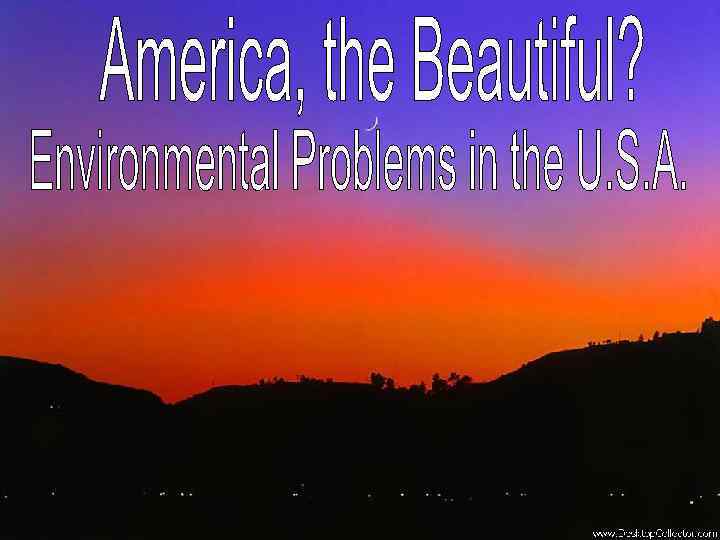 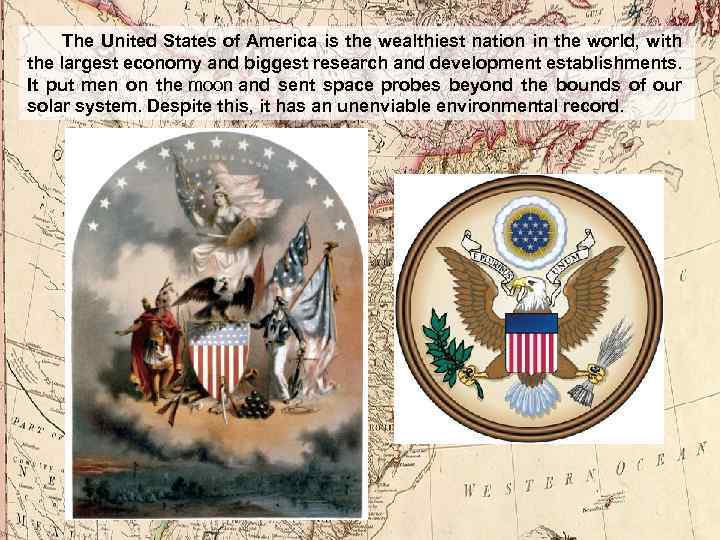 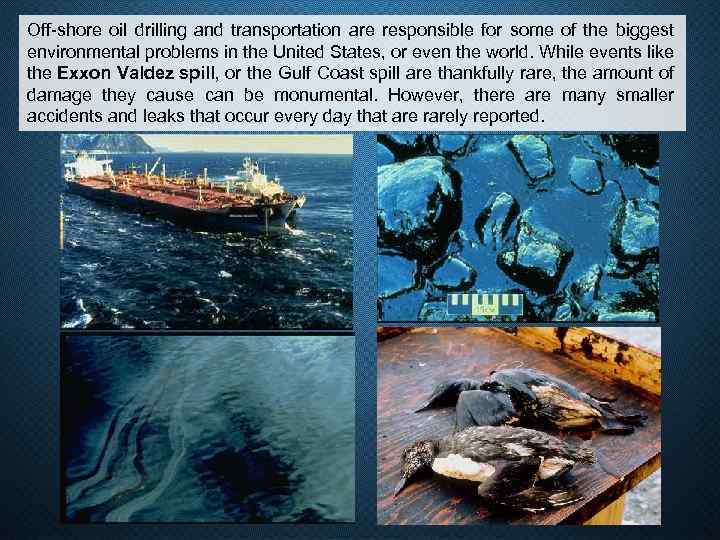 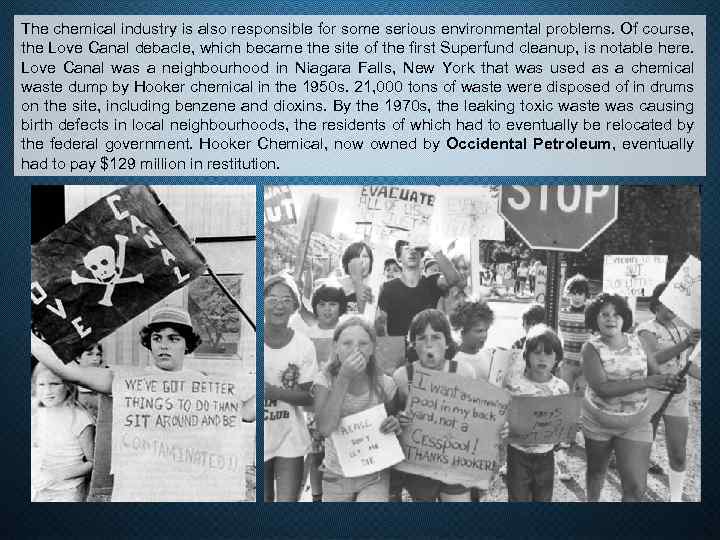 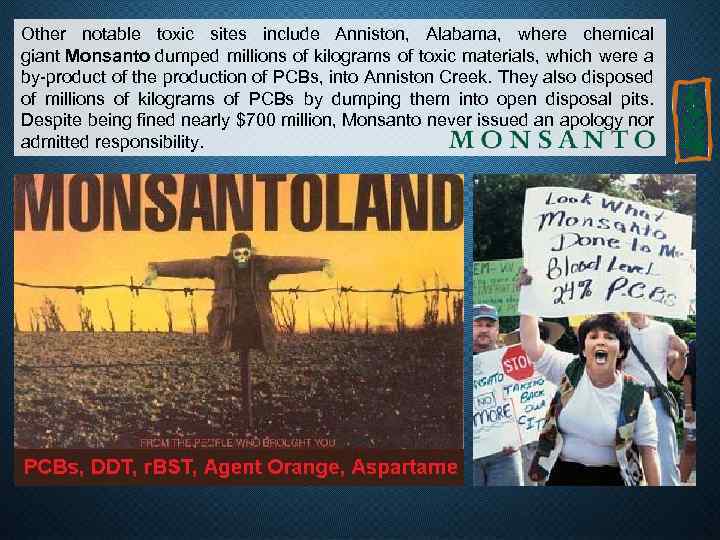 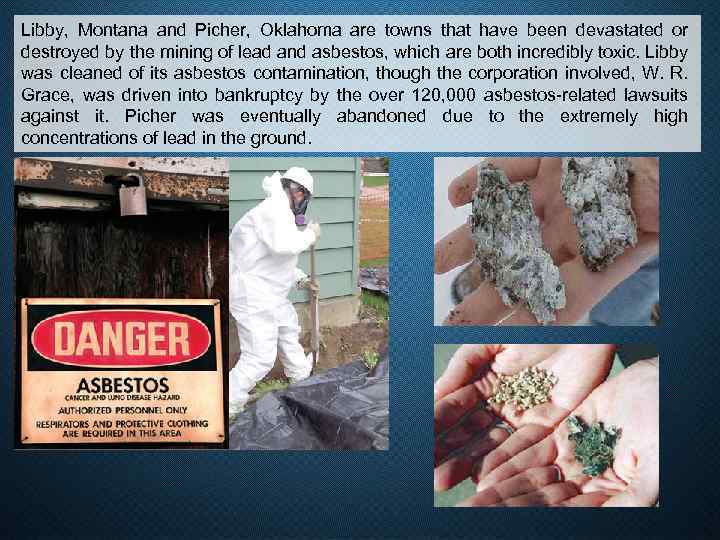 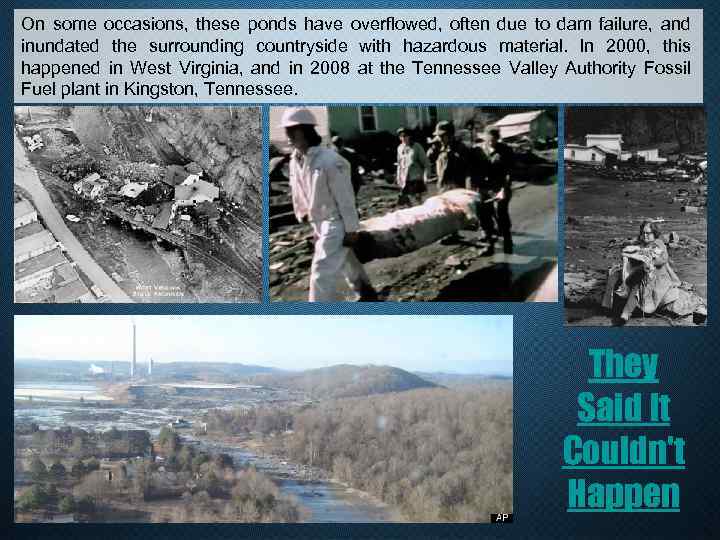 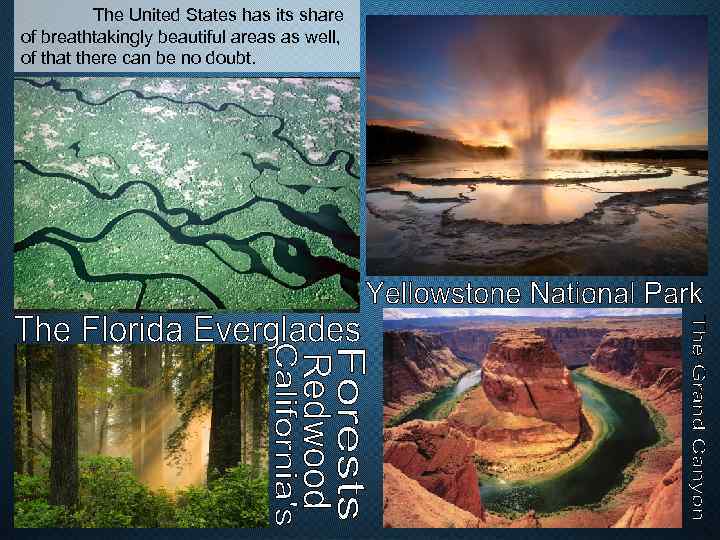 Скачать презентацию The United States of America is the wealthiest

The United States of America is the wealthiest nation in the world, with the largest economy and biggest research and development establishments. It put men on the moon and sent space probes beyond the bounds of our solar system. Despite this, it has an unenviable environmental record.

Off-shore oil drilling and transportation are responsible for some of the biggest environmental problems in the United States, or even the world. While events like the Exxon Valdez spill, or the Gulf Coast spill are thankfully rare, the amount of damage they cause can be monumental. However, there are many smaller accidents and leaks that occur every day that are rarely reported.

The chemical industry is also responsible for some serious environmental problems. Of course, the Love Canal debacle, which became the site of the first Superfund cleanup, is notable here. Love Canal was a neighbourhood in Niagara Falls, New York that was used as a chemical waste dump by Hooker chemical in the 1950 s. 21, 000 tons of waste were disposed of in drums on the site, including benzene and dioxins. By the 1970 s, the leaking toxic waste was causing birth defects in local neighbourhoods, the residents of which had to eventually be relocated by the federal government. Hooker Chemical, now owned by Occidental Petroleum, eventually had to pay $129 million in restitution.

Other notable toxic sites include Anniston, Alabama, where chemical giant Monsanto dumped millions of kilograms of toxic materials, which were a by-product of the production of PCBs, into Anniston Creek. They also disposed of millions of kilograms of PCBs by dumping them into open disposal pits. Despite being fined nearly $700 million, Monsanto never issued an apology nor admitted responsibility.

Libby, Montana and Picher, Oklahoma are towns that have been devastated or destroyed by the mining of lead and asbestos, which are both incredibly toxic. Libby was cleaned of its asbestos contamination, though the corporation involved, W. R. Grace, was driven into bankruptcy by the over 120, 000 asbestos-related lawsuits against it. Picher was eventually abandoned due to the extremely high concentrations of lead in the ground.

On some occasions, these ponds have overflowed, often due to dam failure, and inundated the surrounding countryside with hazardous material. In 2000, this happened in West Virginia, and in 2008 at the Tennessee Valley Authority Fossil Fuel plant in Kingston, Tennessee. They Said It Couldn't Happen

The United States has its share of breathtakingly beautiful areas as well, of that there can be no doubt.