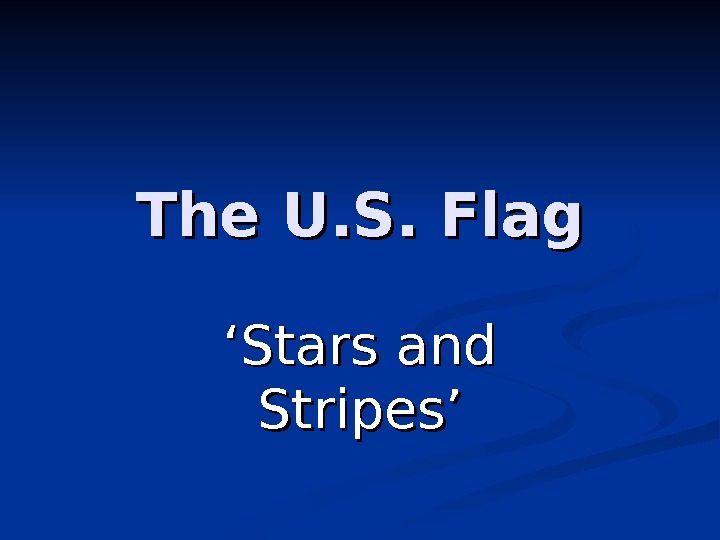 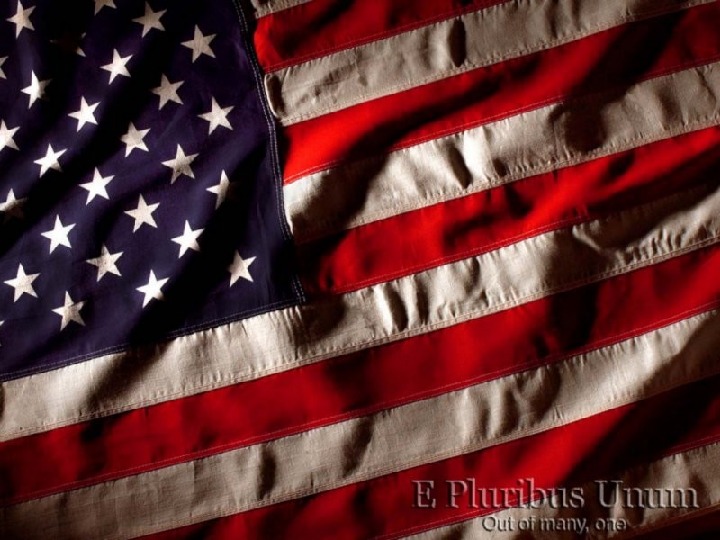 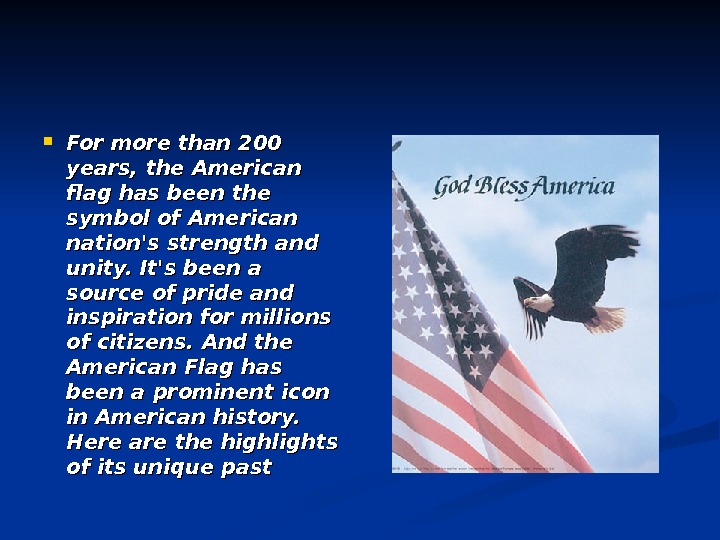 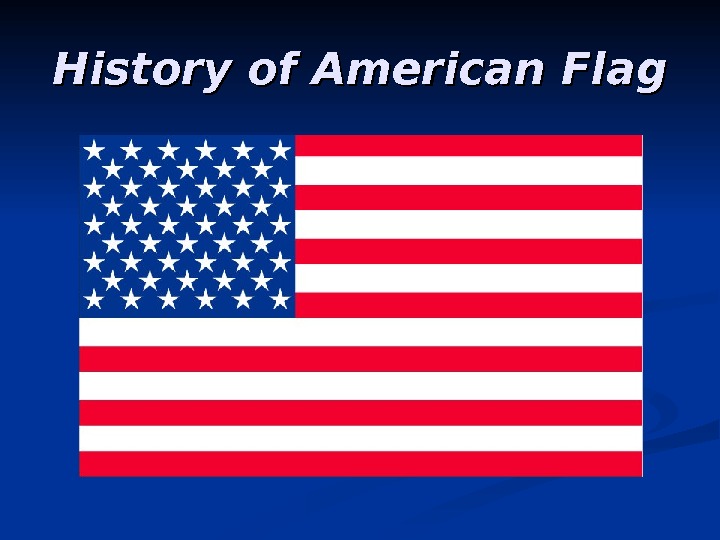 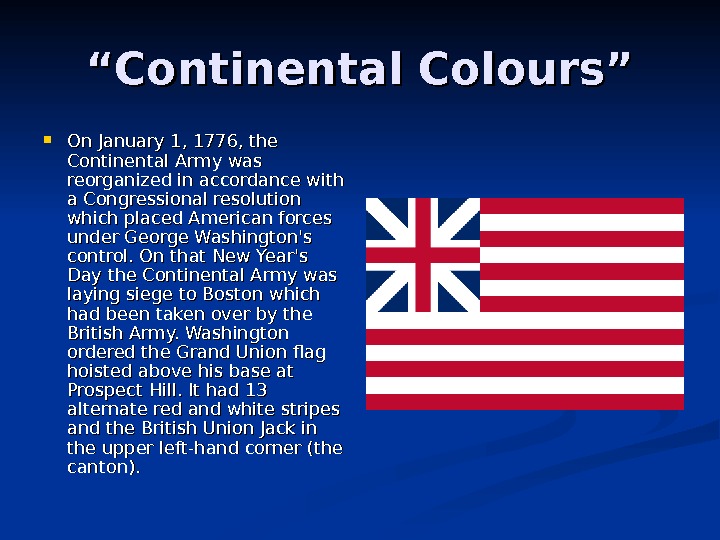 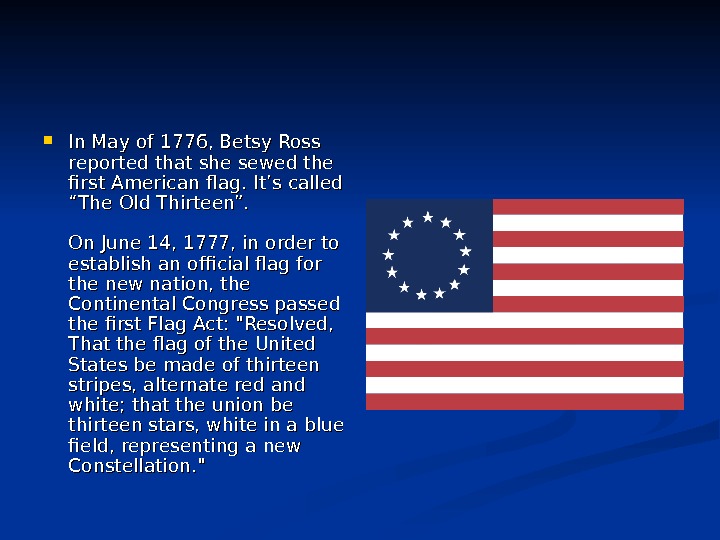 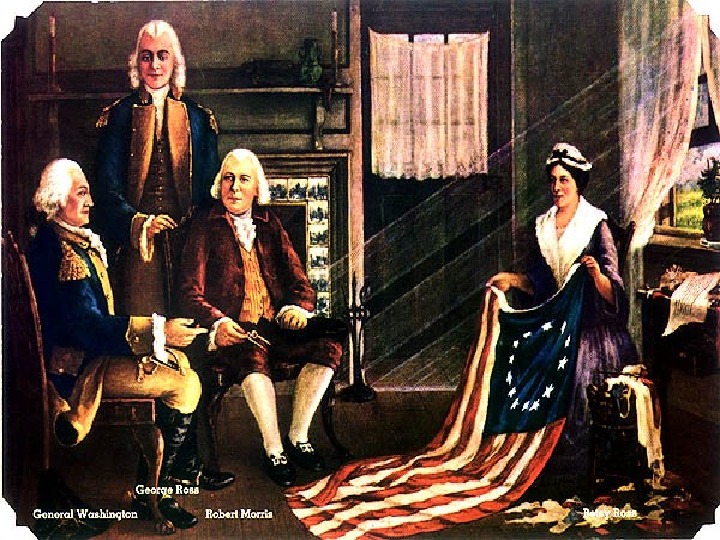 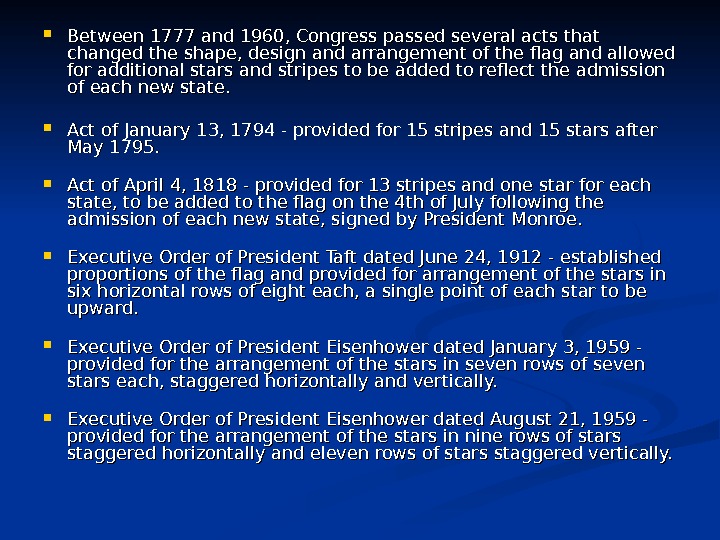 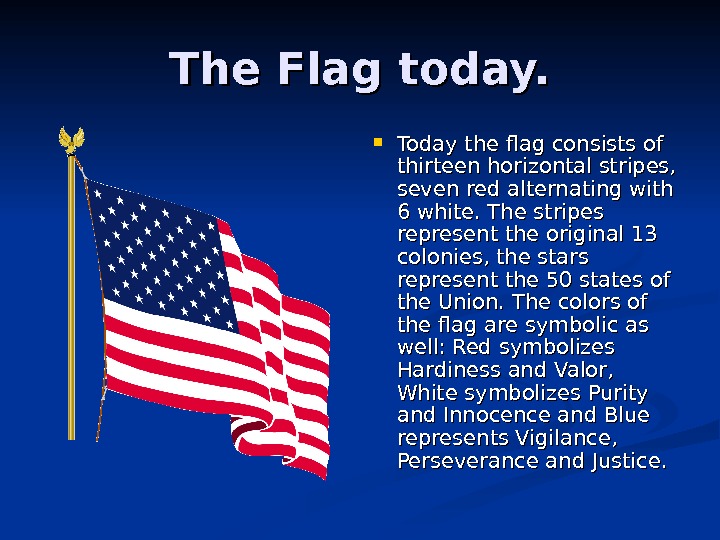 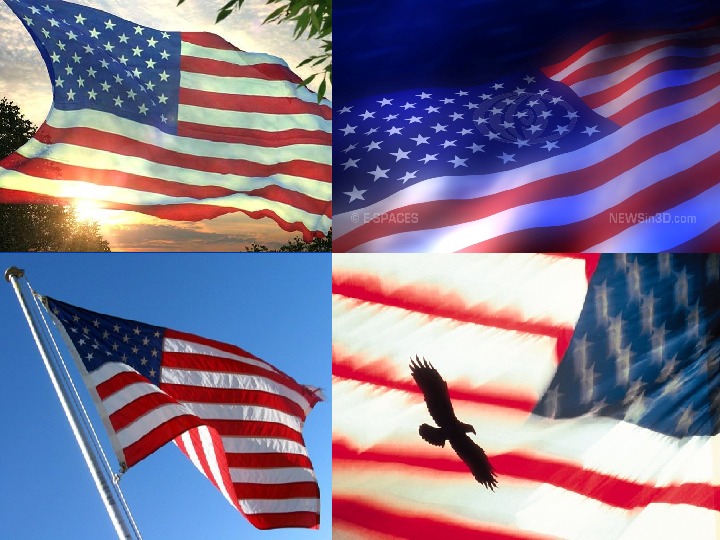 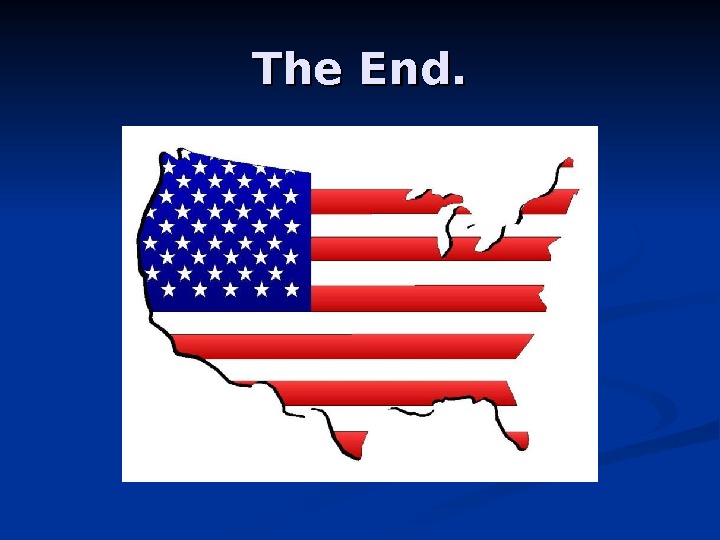 Скачать презентацию The U. S. Flag ‘‘ Stars and Stripes’

For more than 200 years, the American flag has been the symbol of American nation’s strength and unity. It’s been a source of pride and inspiration for millions of citizens. And the American Flag has been a prominent icon in in American history. Here are the highlights of its unique past

““ Continental Colours” On January 1, 1776, the Continental Army was reorganized in accordance with a Congressional resolution which placed American forces under George Washington’s control. On that New Year’s Day the Continental Army was laying siege to Boston which had been taken over by the British Army. Washington ordered the Grand Union flag hoisted above his base at Prospect Hill. It had 13 alternate red and white stripes and the British Union Jack in the upper left-hand corner (the canton). .

In May of 1776, Betsy Ross reported that she sewed the first American flag. It’s called “The Old Thirteen”. On June 14, 1777, in order to establish an official flag for the new nation, the Continental Congress passed the first Flag Act: «Resolved, That the flag of the United States be made of thirteen stripes, alternate red and white; that the union be thirteen stars, white in a blue field, representing a new Constellation. «

The Flag today. Today the flag consists of thirteen horizontal stripes, seven red alternating with 6 white. The stripes represent the original 13 colonies, the stars represent the 50 states of the Union. The colors of the flag are symbolic as well: Red symbolizes Hardiness and Valor, White symbolizes Purity and Innocence and Blue represents Vigilance, Perseverance and Justice. .