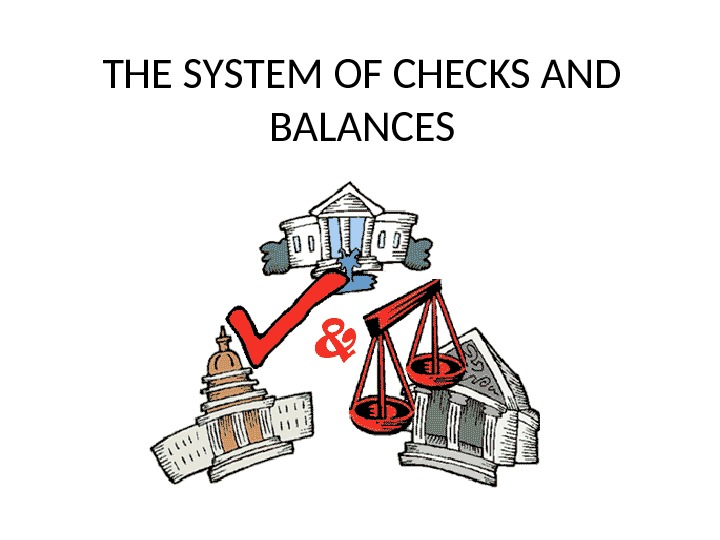 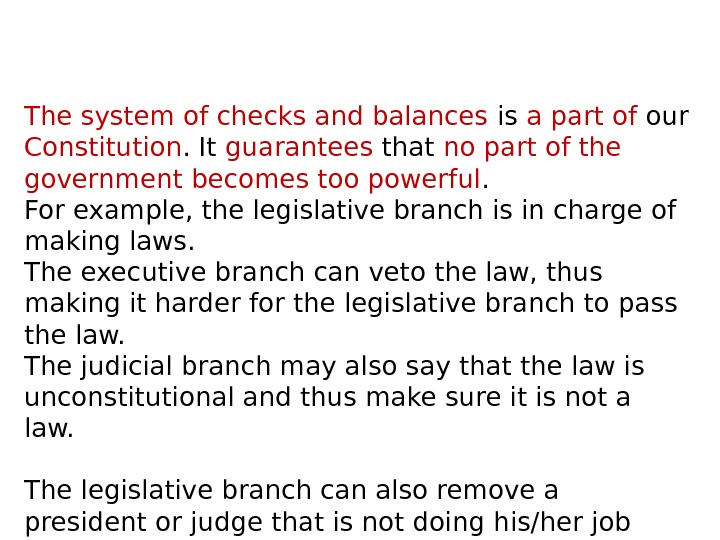 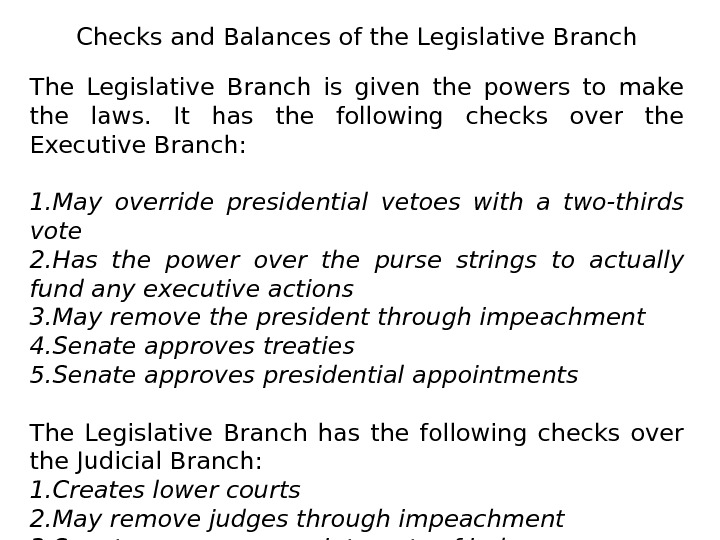 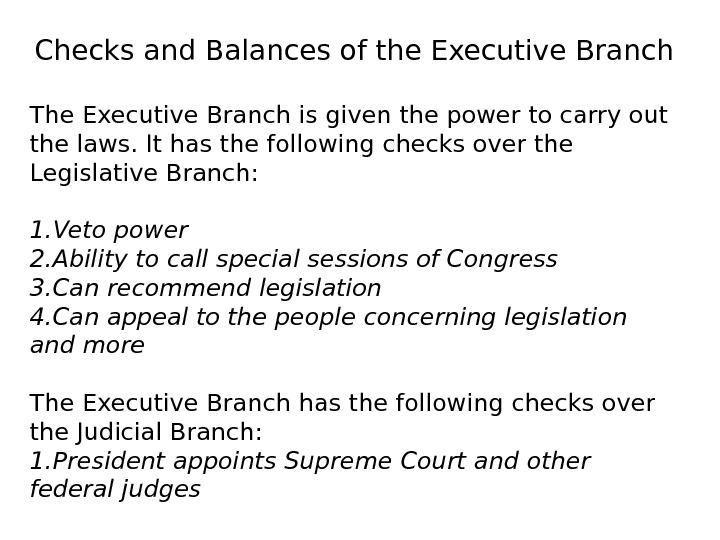 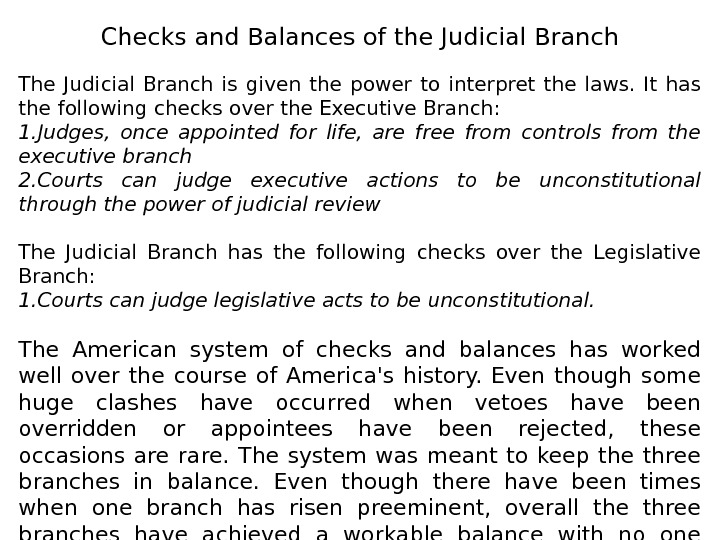 Скачать презентацию THE SYSTEM OF CHECKS AND BALANCES The

Описание презентации THE SYSTEM OF CHECKS AND BALANCES The по слайдам

THE SYSTEM OF CHECKS AND BALANCES

Checks and Balances of the Judicial Branch The Judicial Branch is given the power to interpret the laws. It has the following checks over the Executive Branch: 1. Judges, once appointed for life, are free from controls from the executive branch 2. Courts can judge executive actions to be unconstitutional through the power of judicial review The Judicial Branch has the following checks over the Legislative Branch: 1. Courts can judge legislative acts to be unconstitutional. The American system of checks and balances has worked well over the course of America’s history. Even though some huge clashes have occurred when vetoes have been overridden or appointees have been rejected, these occasions are rare. The system was meant to keep the three branches in balance. Even though there have been times when one branch has risen preeminent, overall the three branches have achieved a workable balance with no one branch holding all the governmental power.