The State of Exporting in Northern Ontario Any 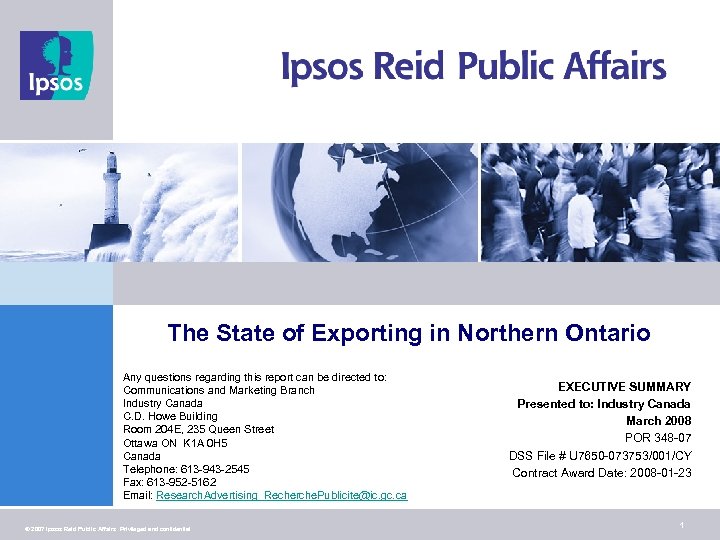 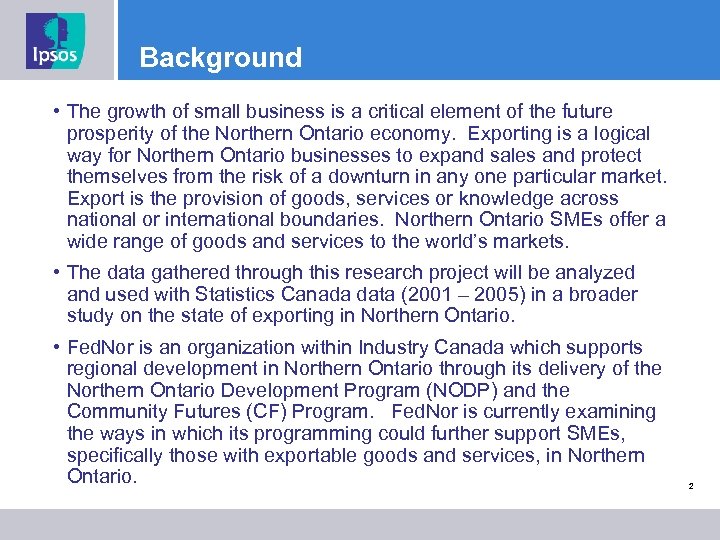 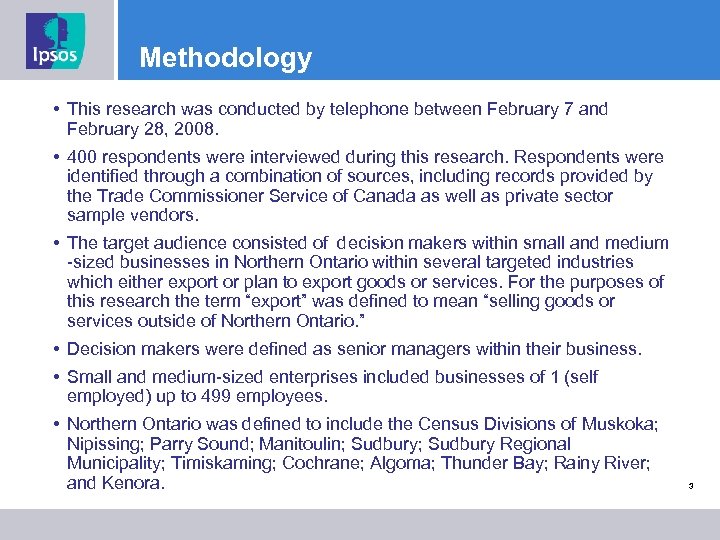 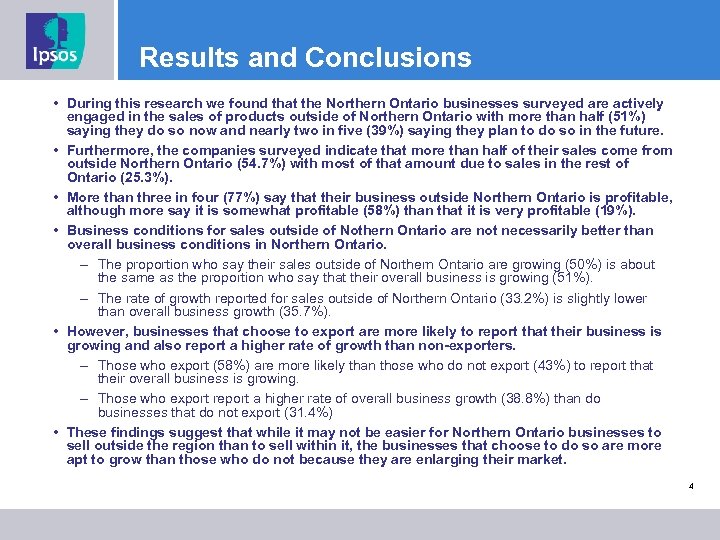 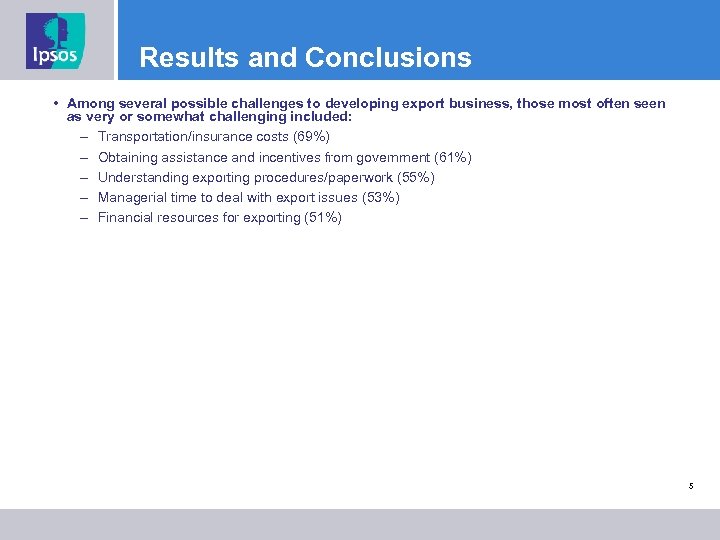 Скачать презентацию The State of Exporting in Northern Ontario Any

Methodology • This research was conducted by telephone between February 7 and February 28, 2008. • 400 respondents were interviewed during this research. Respondents were identified through a combination of sources, including records provided by the Trade Commissioner Service of Canada as well as private sector sample vendors. • The target audience consisted of decision makers within small and medium -sized businesses in Northern Ontario within several targeted industries which either export or plan to export goods or services. For the purposes of this research the term “export” was defined to mean “selling goods or services outside of Northern Ontario. ” • Decision makers were defined as senior managers within their business. • Small and medium-sized enterprises included businesses of 1 (self employed) up to 499 employees. • Northern Ontario was defined to include the Census Divisions of Muskoka; Nipissing; Parry Sound; Manitoulin; Sudbury Regional Municipality; Timiskaming; Cochrane; Algoma; Thunder Bay; Rainy River; and Kenora. 3