The spread of Islam would not have been 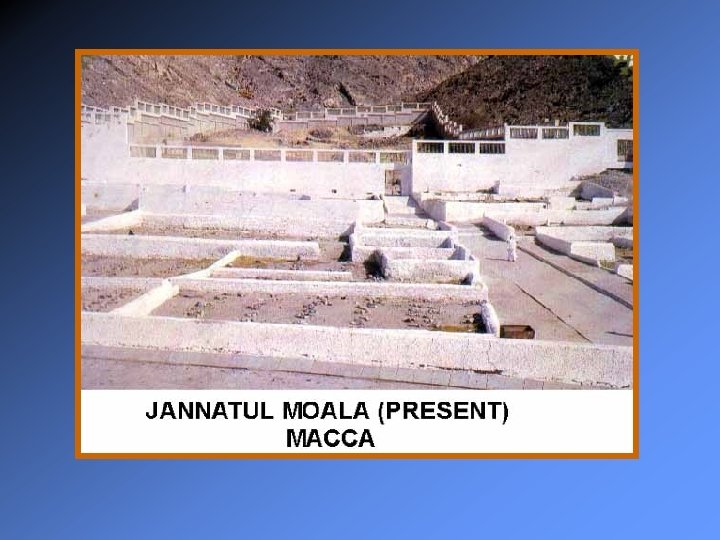 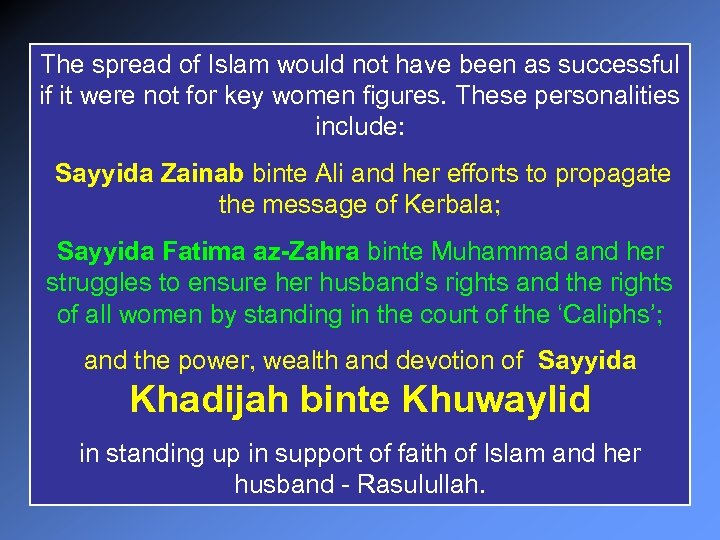 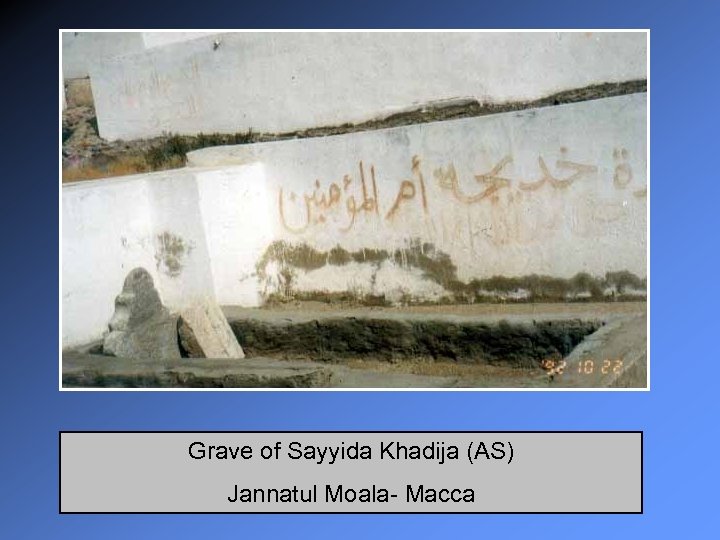 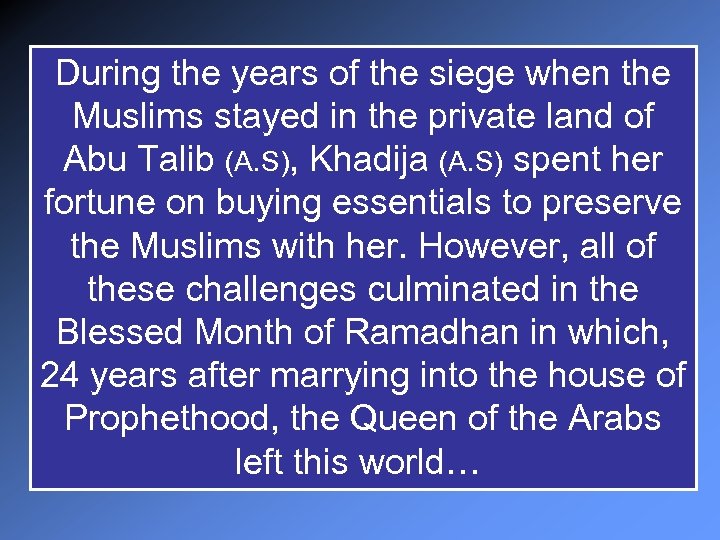 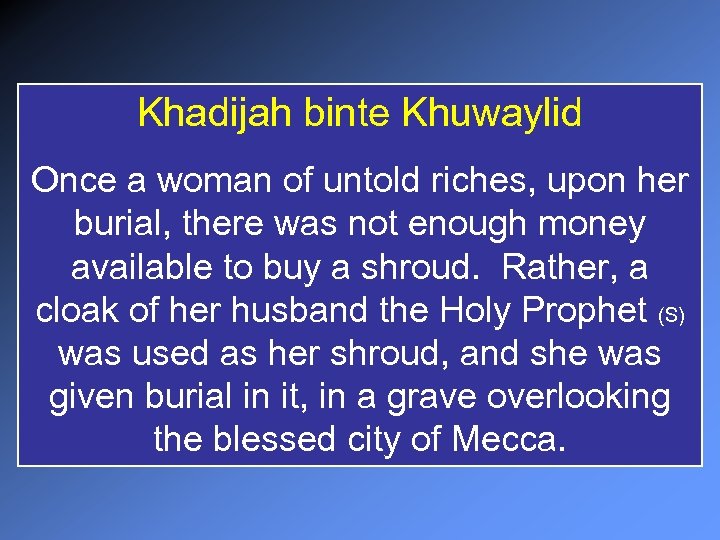 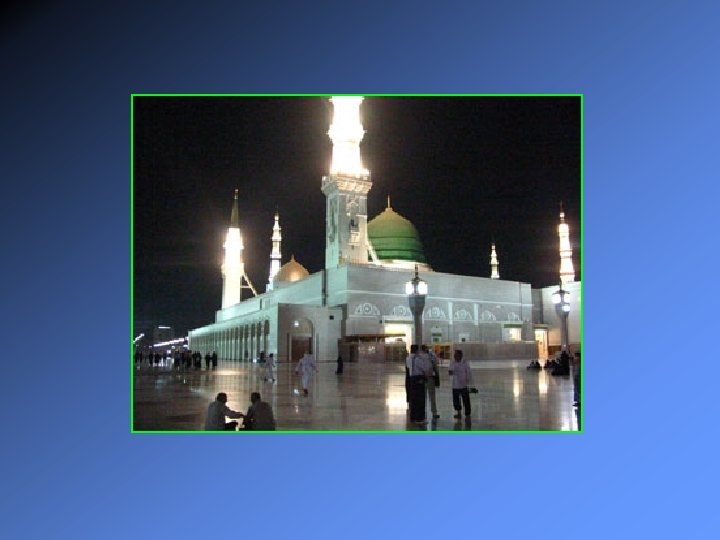 Скачать презентацию The spread of Islam would not have been

The spread of Islam would not have been as successful if it were not for key women figures. These personalities include: Sayyida Zainab binte Ali and her efforts to propagate the message of Kerbala; Sayyida Fatima az-Zahra binte Muhammad and her struggles to ensure her husband’s rights and the rights of all women by standing in the court of the ‘Caliphs’; and the power, wealth and devotion of Sayyida Khadijah binte Khuwaylid in standing up in support of faith of Islam and her husband - Rasulullah.

During the years of the siege when the Muslims stayed in the private land of Abu Talib (A. S), Khadija (A. S) spent her fortune on buying essentials to preserve the Muslims with her. However, all of these challenges culminated in the Blessed Month of Ramadhan in which, 24 years after marrying into the house of Prophethood, the Queen of the Arabs left this world…

Khadijah binte Khuwaylid Once a woman of untold riches, upon her burial, there was not enough money available to buy a shroud. Rather, a cloak of her husband the Holy Prophet (S) was used as her shroud, and she was given burial in it, in a grave overlooking the blessed city of Mecca.